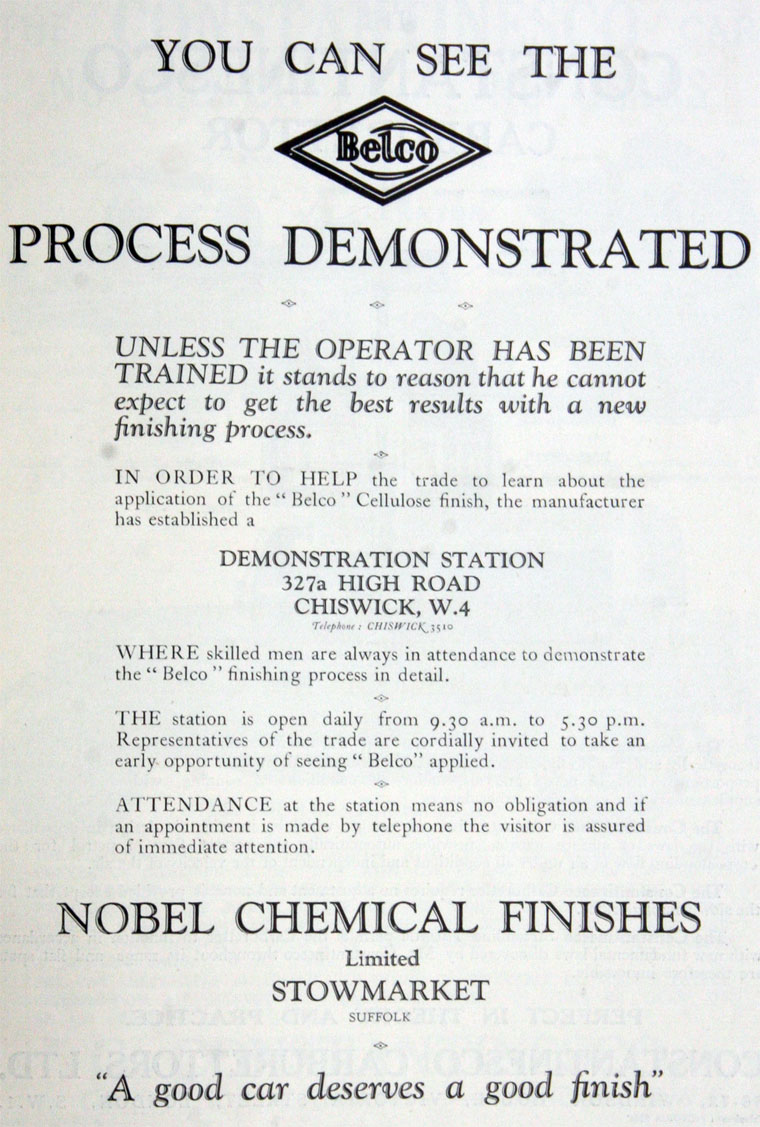 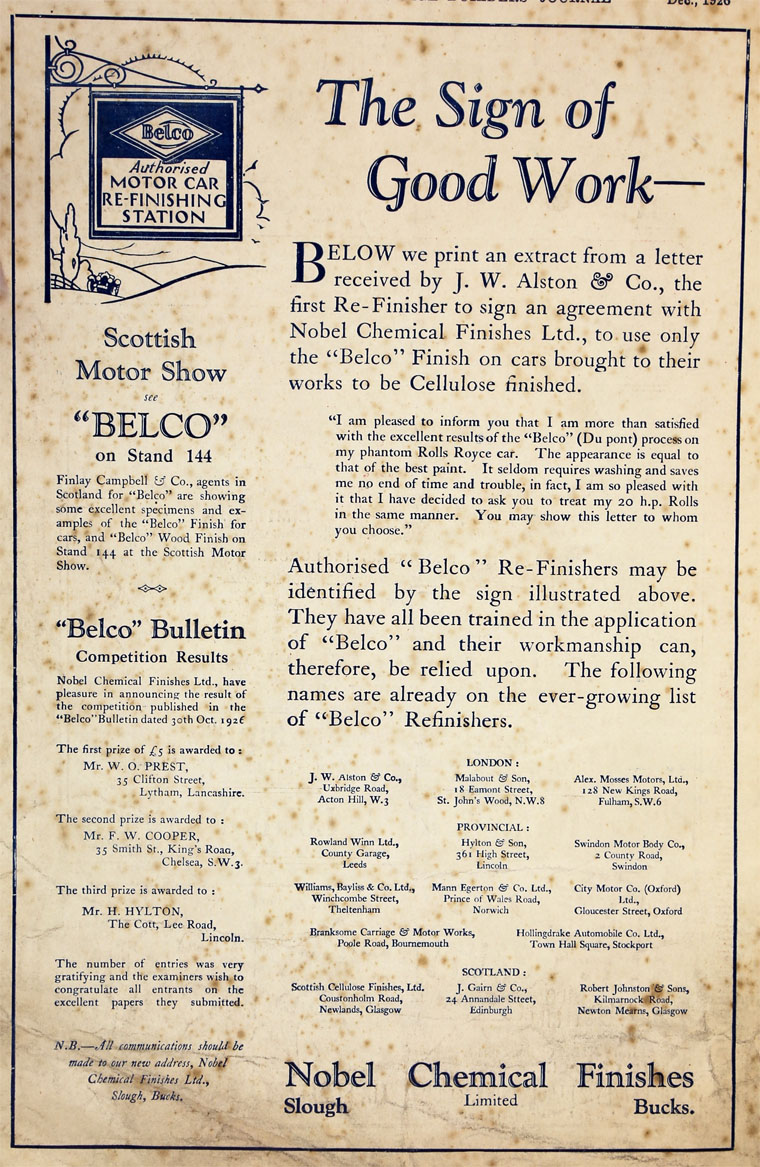 1928 The demonstration centre was closed and a technical service station opened at Slough.

1930 Paints, varnishes, cellulose finishes, lacquers and enamels were exhibited by ICI on their stand at the British Industries Trade Fair[2]

1935 The offices returned to Nobel House from Millbank[3]