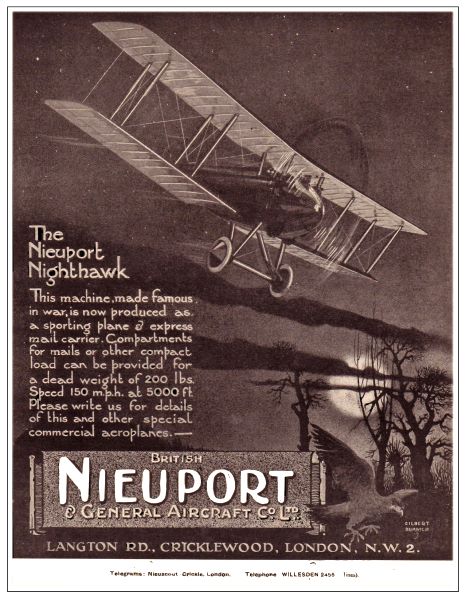 Note: This is a sub-section of Nieuport and General Aircraft Co.

1919 A series of detailled articles were written about the Nighthawk in The Engineer, which include images and schematics.

In 1920 the design was taken over by Gloster where it became the Mars.