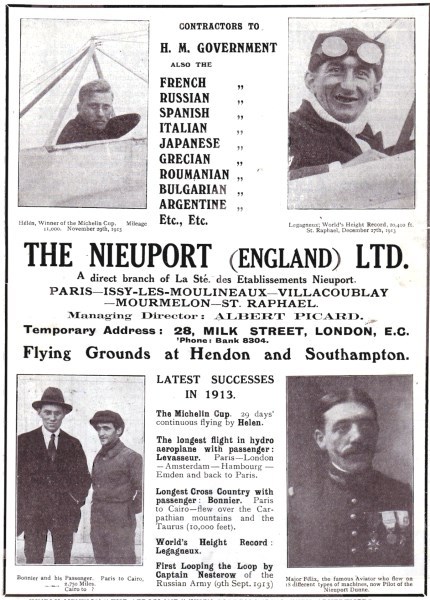 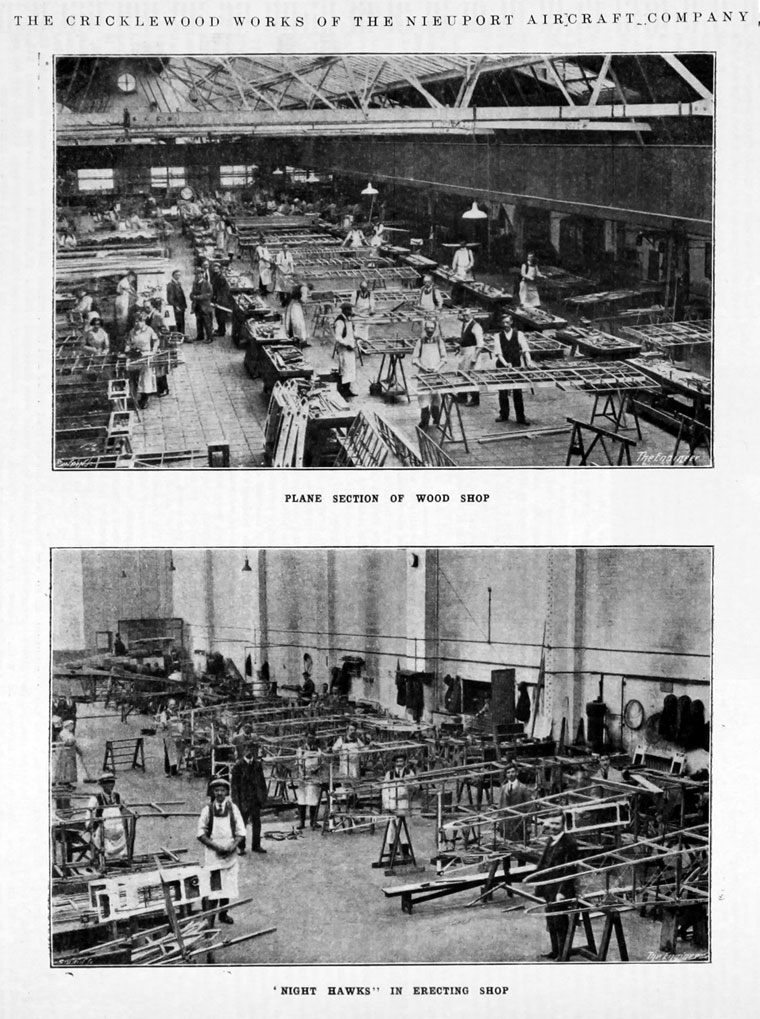 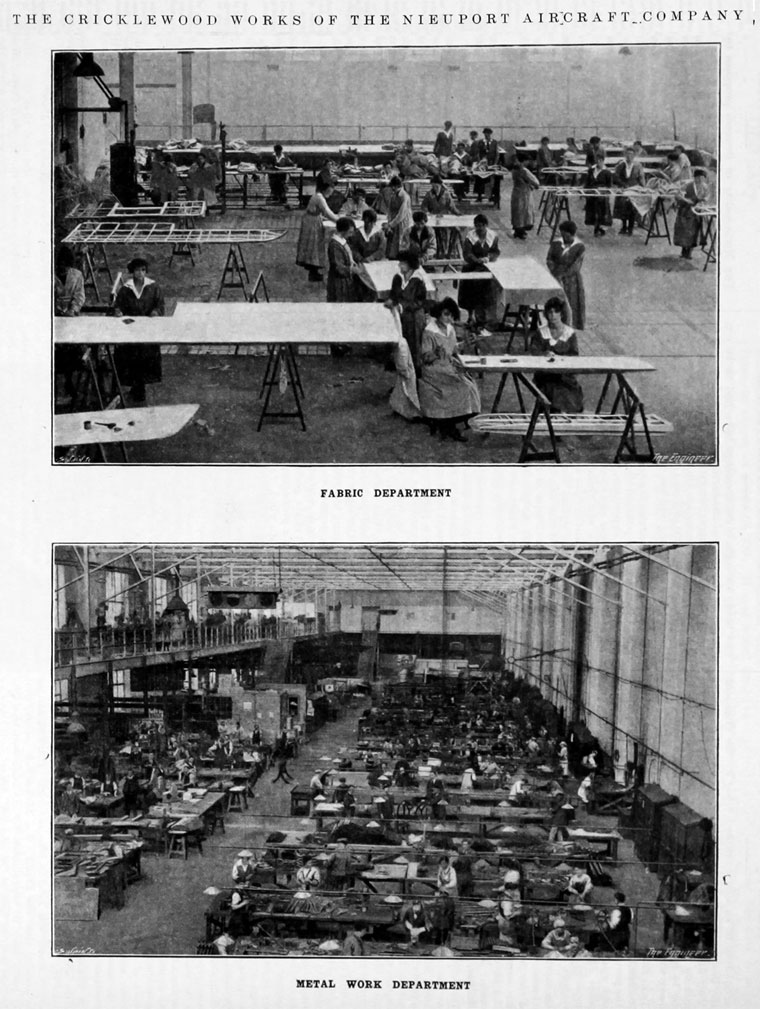 British Nieuport and General Aircraft Co of Cricklewood was the UK manufacturing arm of the French Nieuport companyu.

1916 The Burbidge Report into the activities of the Royal Aircraft Factory, and the subsequent decisions by the Air Board, led to the construction of aircraft at Farnborough being stopped, and the Factory's design teams being broken up.

Major S. Heckstall-Smith left the Royal Aircraft Factory and joined Nieuport as General manager; he recruited other staff from the Factory including Mr Hall (presumably) who was assistant manager, and Mr. Folland who became chief designer.

1917 Nieuport & General took advantage of the situation at the Royal Aircraft Factory to hire Henry Folland, the designer of the S.E.5 fighter, as chief designer. Folland designed a number of aircraft, with the Nieuport Nighthawk fighter being ordered into production in August 1918, but the failure of the engine chosen to power it together with the end of the First World War, lead to production being ended and the Nighthawk not entering service.

Nieuport & General was closed down in August 1920, together with another aircraft company owned by Waring, the Alliance Aeroplane Co. Another of Waring's aircraft companies, British Aerial Transport Co, seems to have continued for a few years. Folland was hired by the Gloster Aircraft Company, continuing development of the Nighthawk.