Grace's Guide is the leading source of historical information on industry and manufacturing in Britain. This web publication contains 143,432 pages of information and 230,044 images on early companies, their products and the people who designed and built them. 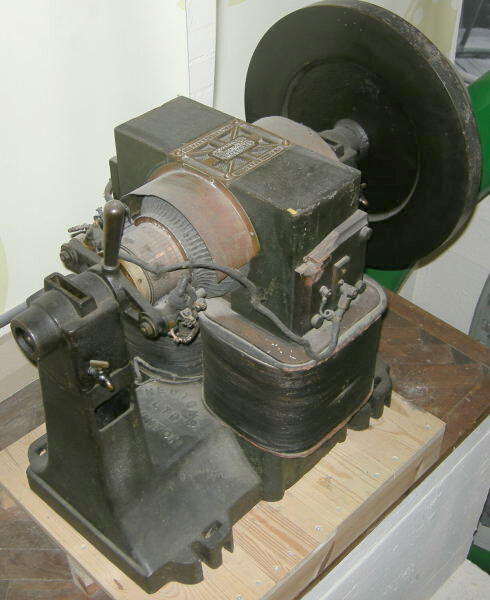 1890 'Taunton is fast becoming a centre for electrical works. Mr F M Newton, of the Newton Electrical Engineering Works, has just completed the fitting out for electric lighting of the splendid yacht Seveda, built at Dartmouth for Mr Gordon Bennett, proprietor of the New Yotk Herald. Mr Newton placed the electric light machinery in the engine-room, and also made the wire connections on board the yacht.'[1]

1891 Electrical Exhibition at Taunton: 'The space devoted to Mr F M Newton, the Newton Electrical Engineering Works, Taunton, is in the centre of the machinery hall, and is well worthy of careful attention. The firm is showing a COMPLETE ELECTRIC INSTALLATION for lighting a mansion; also, electric motors for driving a sewing machine, and a small lathe, a fan, and an Elton electric incubator, the working power for these apparatuses being supplied by 5-horse power Priestman oil engine. Mr Newton also exhibits a complete assortment of electrical fittings, all the things he shows being made Taunton.'[2]

1893 Francis Murray Newton and Tom Hawkins, both of the Newton Electrical Works, Taunton, patented "improvements in 2 pole dynamos, motors and the like.

1893 'CYCLISTS IN TROUBLE. William Talbot and Arthur Munroe, engineers at the Newton Electrical Works, were summoned for riding without lights, on the night of the 3rd September, at Monkton. — Pleaded guilty.- The evidence was to the effect that both defendants were riding without lights down the hill. The former had a lamp, but the latter had none, Munroe leading. - For the defence, Munroe stated that he had a lamp attached to his machine, but it went out. He intended lighting it at the bottom of the hill.- The Bench dismissed the case against Munroe, and fined the other man 1s and costs.' [4]

1902 'We understand that the Newton Electrical Works, Ltd., of this town, have acquired the patents of Allen & Barker, Ltd., for the manufacture of their well-known " A.B." gas and oil engines, and that new buildings are being erected with a view to meeting the increased demand for these engines. Until the new buildings are completed the engines will be manufactured as heretofore by Allen & Barker, Ltd., at their present works.'[6]

1903 Sudden death of the founder of the business, Francis Murray Newton

1921 Rotax Motor Accessories Co Ltd amalgamated with Newton Electrical Works, a company in which the Aron brothers (Eugen Aron and Hermann Aron) already had an interest.

1933 Newtons of Taunton Ltd. of 319 Regent Street. W.1. Tools made at Taunton, being constructed at the firms' Rotax Works, Willesden.[7]