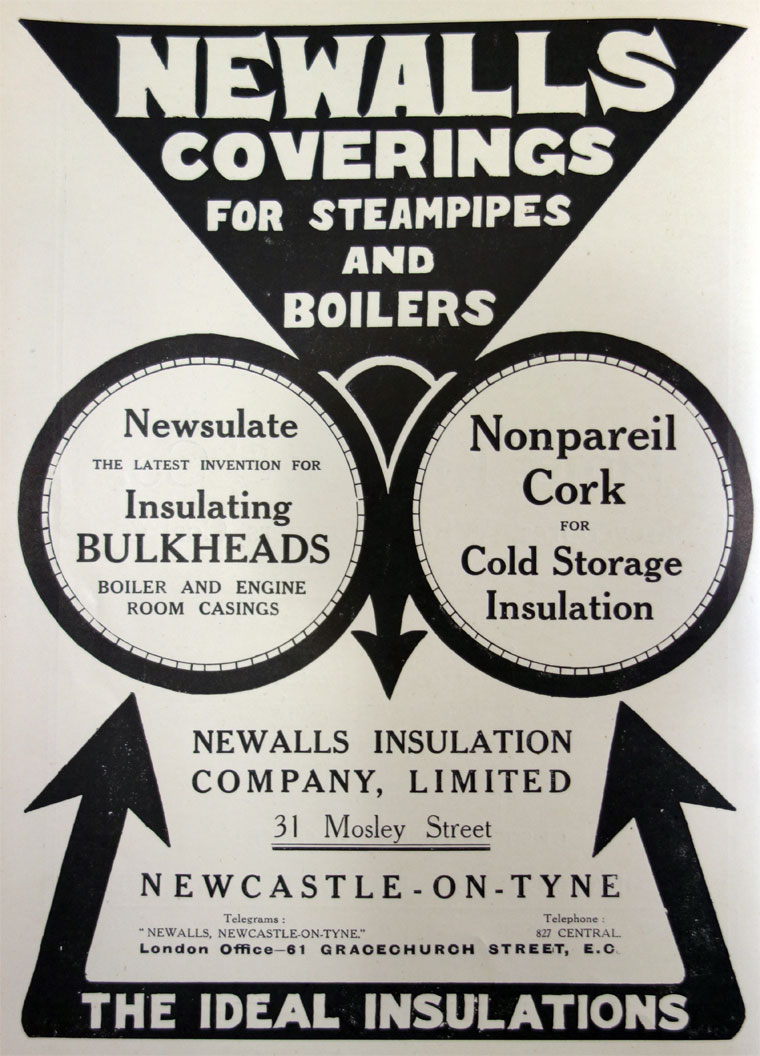 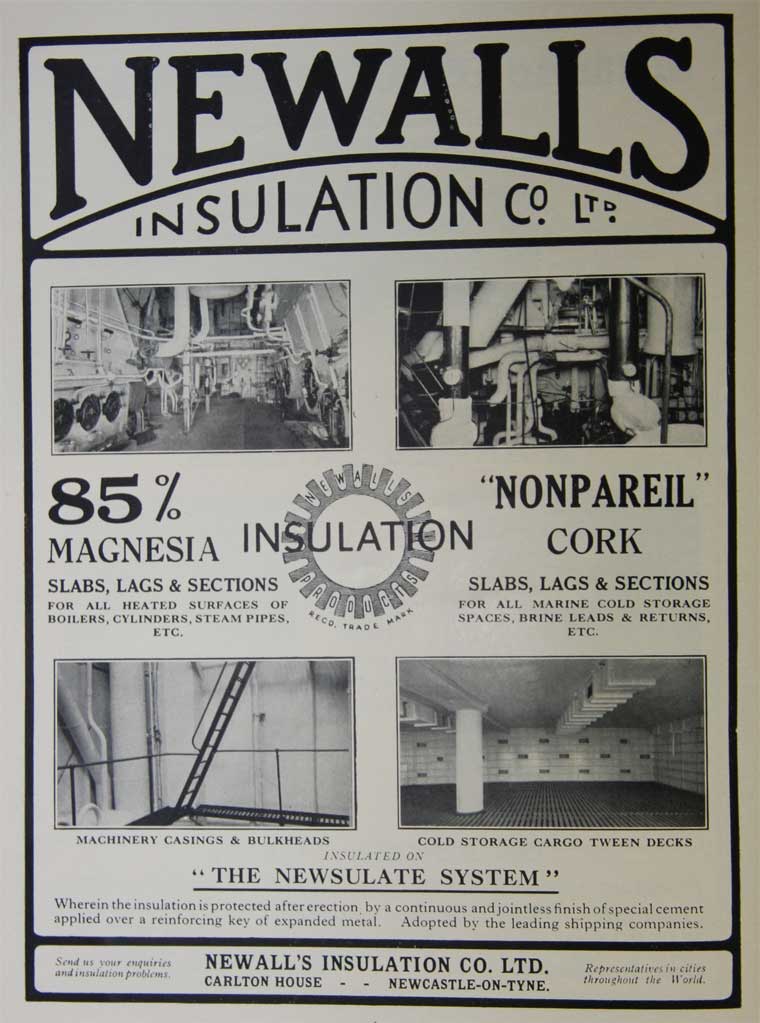 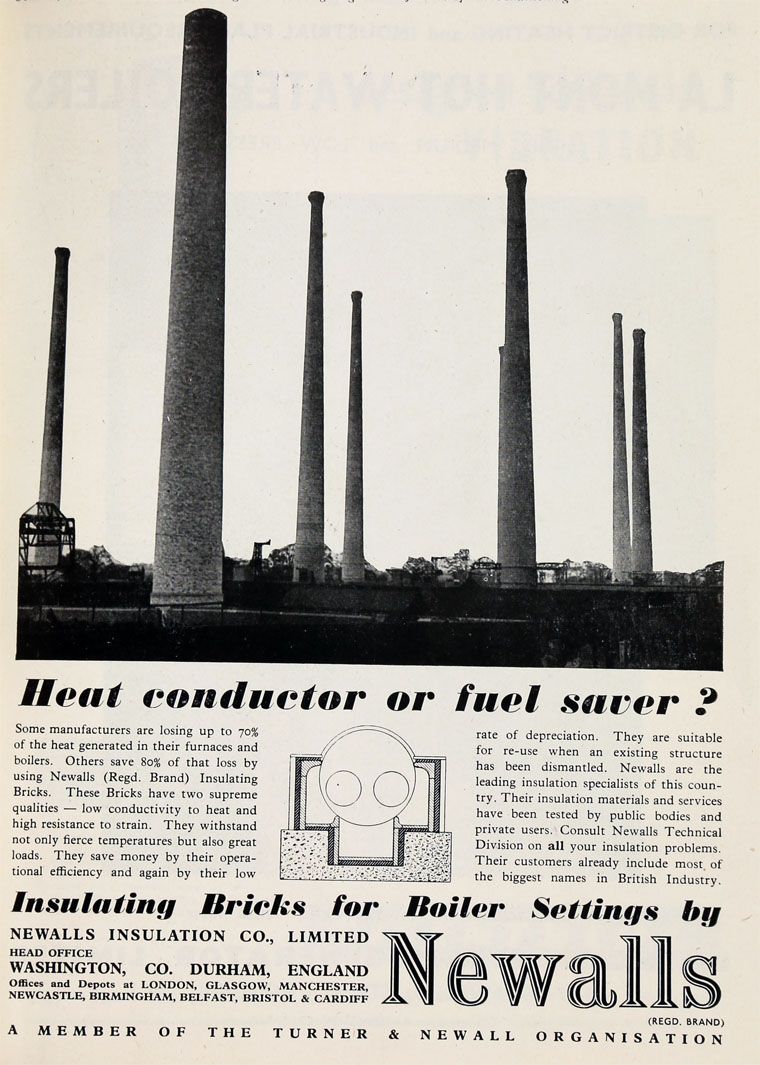 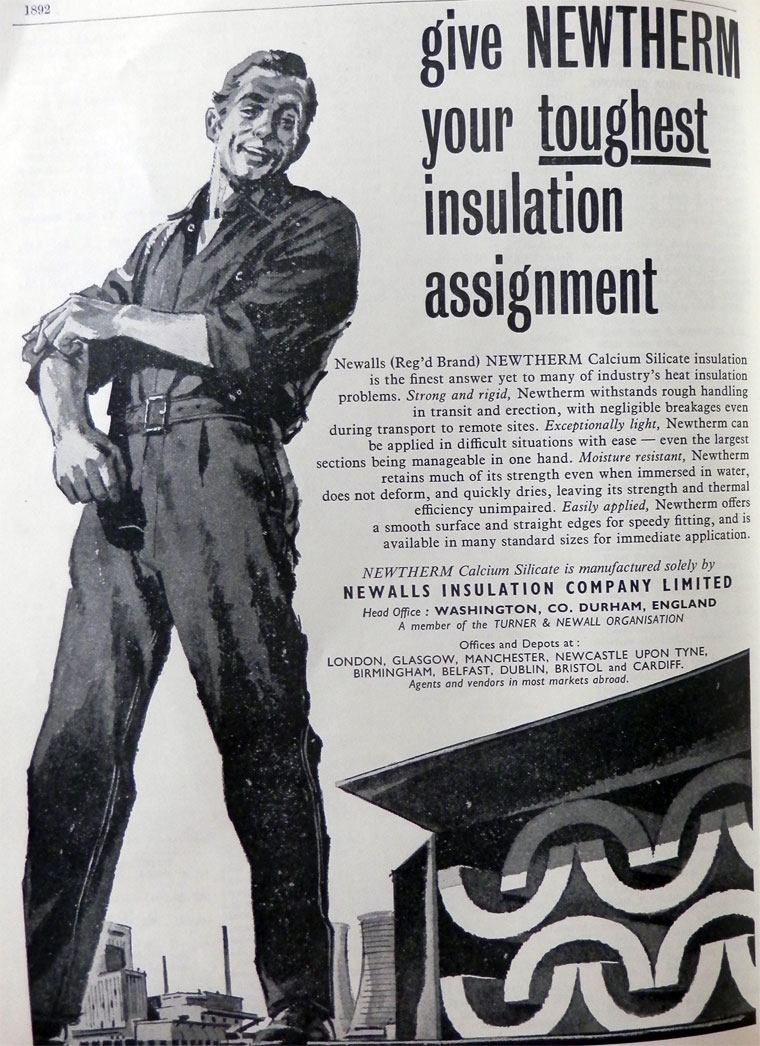 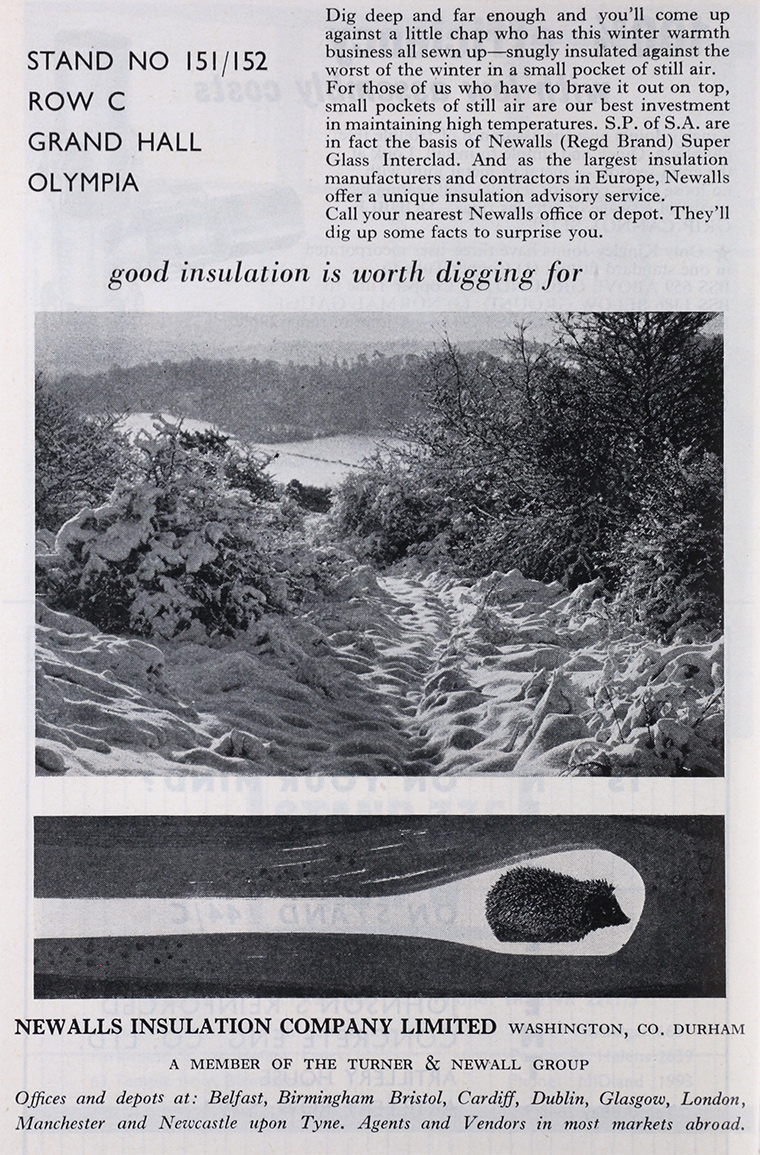 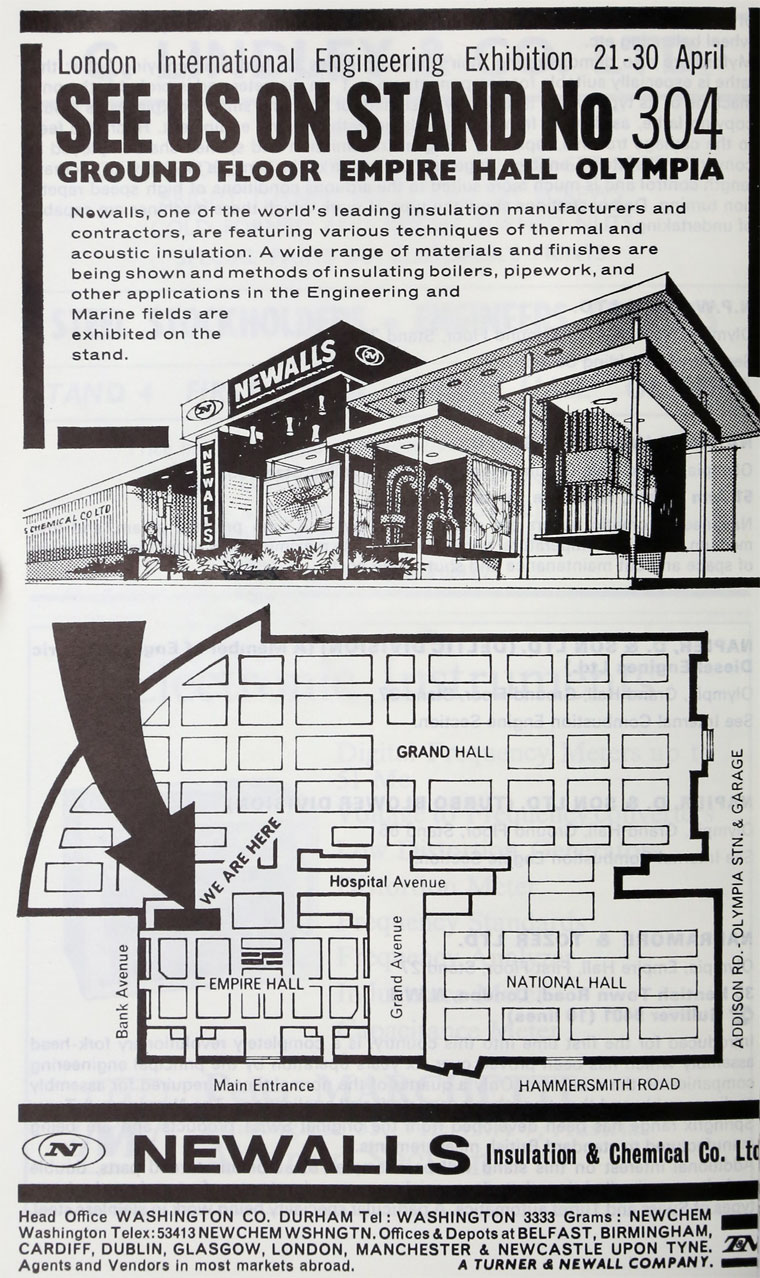 Newalls Insulation Co Ltd specialised in the installation of insulation systems, using in particular a product, 85% Magnesia, the magnesia element in which was produced by the Washington Chemical Co Ltd.

By 1920 Newalls had already acquired an international reputation as an insulation contractor. Became part of Turner and Newall when that company was formed.

1932 Reorganisation of Turner and Newall's business with 9 subsidiaries that dealt in the sale and application of insulating material grouped under Newalls Insulation Co; the subsidiaries included [1]:

The company's activities before the 1939-45 war were principally concerned with shipbuilding, ship repairing and power stations. It was a party to former arrangements with certain French companies relating to 85% Magnesia and other related products;

Before 1956 it also participated in quota arrangements with other principal United Kingdom manufacturers of insulation materials with contracting interests.

By mid-1972 Newalls had ceased to make any insulation products with an asbestos content.