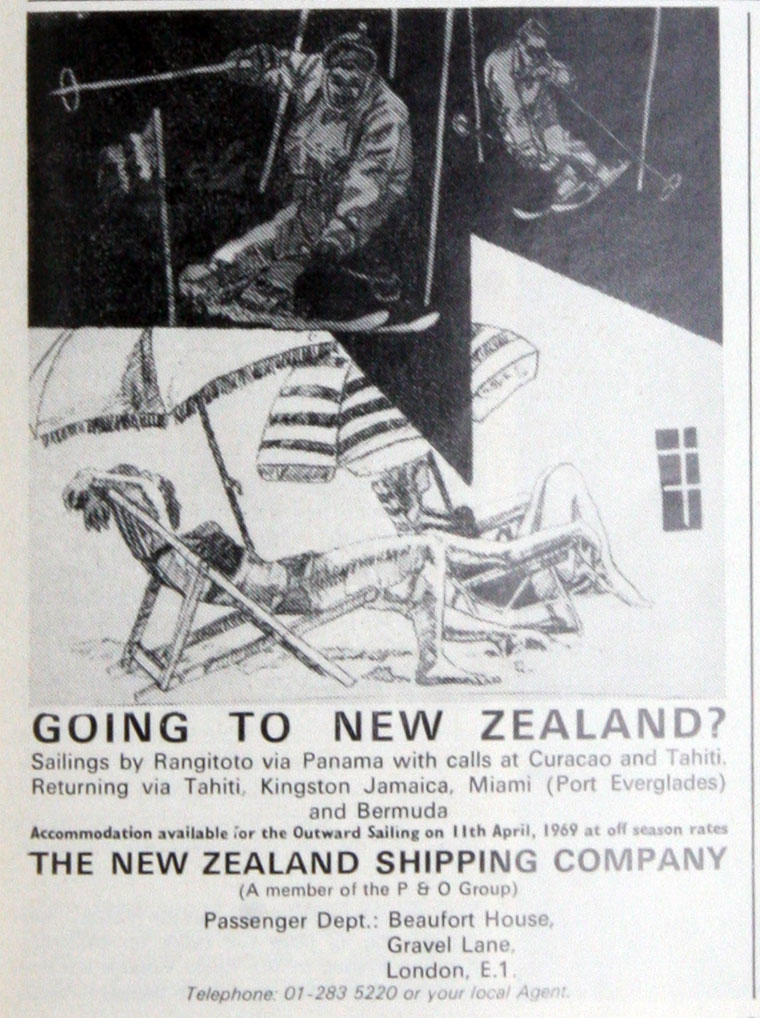 1873 New Zealand farmers became dissatisfied with the existing shipping facilities; the increasing output of wool prompted the formation of the New Zealand Shipping Company, in Christchurch, N.Z, initially with sailing ships, because of the distances involved and the absence of coaling facilities. The company’s purpose was to provide additional facilities for the carriage of immigrants and consumer goods to the Colony.

About half the ships sailed to the Dutch East Indies, China or even the west coast of USA for return cargoes.

1882 the company experimentally refrigerated two holds in one of its sailing ships and successfully carried frozen mutton, beef and pigs to London in 103 days. This led local producers to demand the introduction of refrigerated steamers

1883 A joint mail contract was awarded to New Zealand Shipping Company and Shaw, Savill and Co. This led Albion Line to sell out to Shaw, Savill.

1890 Company rescued by Edwyn Sandys Dawes, the head of Gray Dawes & Co of London; financial control of the business moved to London.

1891 The company's first ship powered by quadruple expansion steam engines provided a solution to the massive bunkers needed in the existing steamers on the long open-ocean voyage from New Zealand to the Falklands coaling facility.

1910 the company joined with Shaw, Savill and Albion Co and White Star Line to take over the Canadian Australian Line and started services from NZ and Australia to Canada.

1912 Took over the Federal Steam Navigation Co which gave the company access to the Australian market.

1916 Taken over by P & O but continued to operate independently.

WWI Sailings from New Zealand to UK were re-routed via the Panama Canal.

The fleet was rebuilt after the war

1921 Another ship was built at Linthouse to carry frozen meat.

Later still, a second Opawa, a refrigerated meat ship of 10,000 tons, fitted with twin-screw Diesel engines, was built, together with her sister ship, the Orari, for the large and flourishing New Zealand Shipping Company.

Postwar: the fleet was rebuilt.

1954 the New Zealand Shipping Company revived the Avenue Shipping Co to find a use for their smaller part-refrigerated ships which had been replaced by new ships in the NZ/East Coast North America trade.

By 1959 the fleet consisted of 5 passenger liners, 10 refrigerated cargo liners and 5 cargo ships.

1966 rationalisation of P&O lines: the ships were painted in Federal colours and in 1967 they were all transferred to Federal.