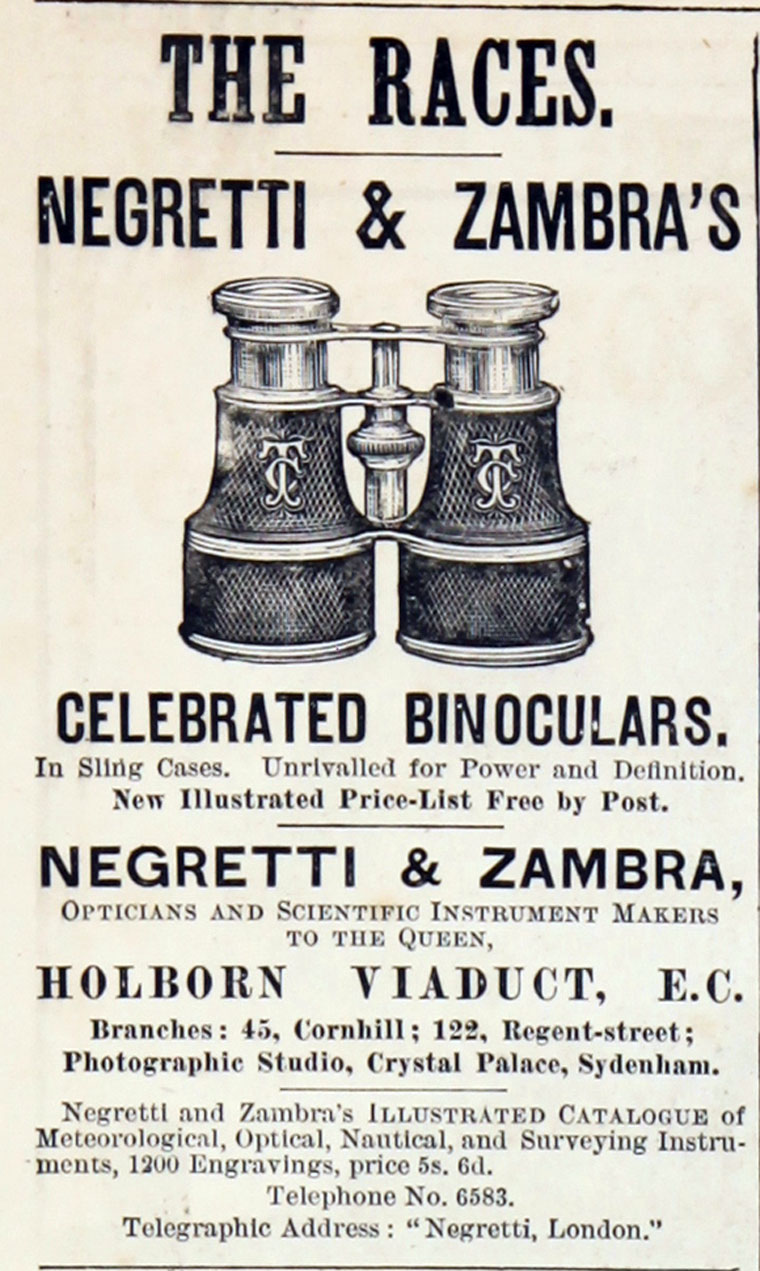 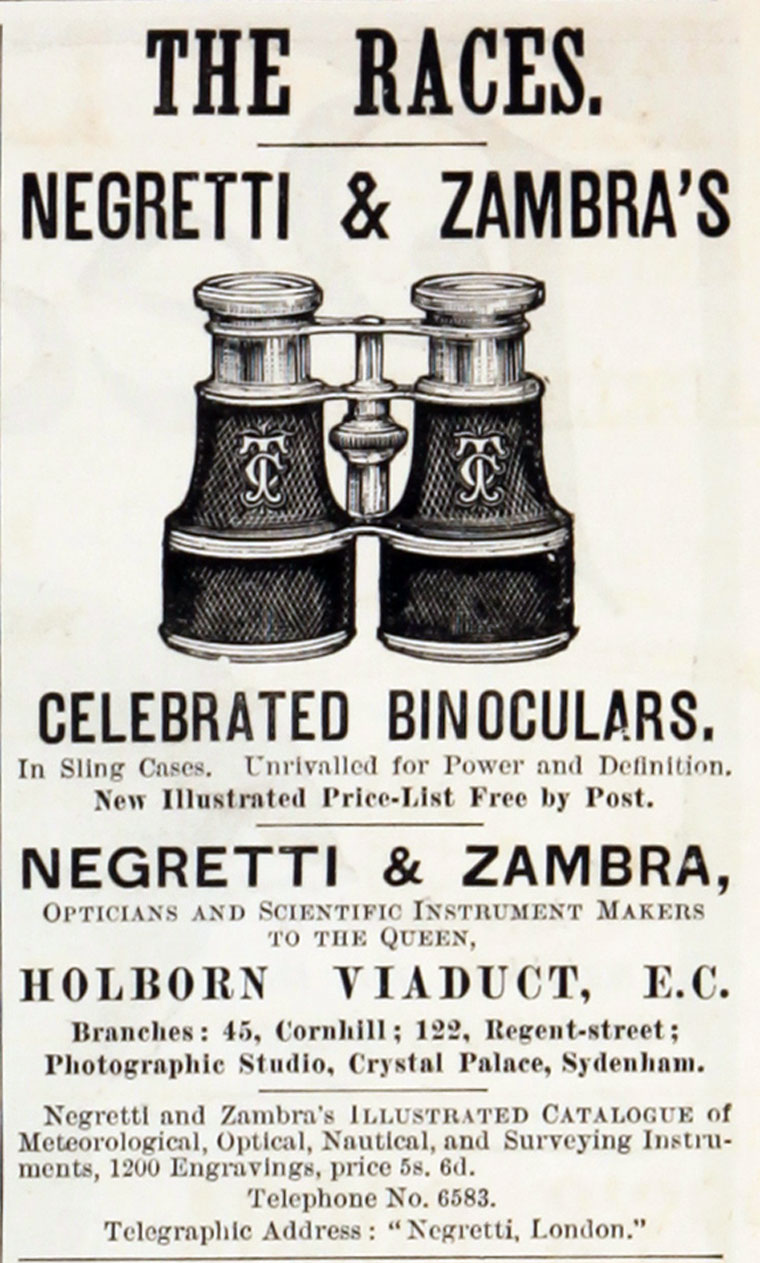 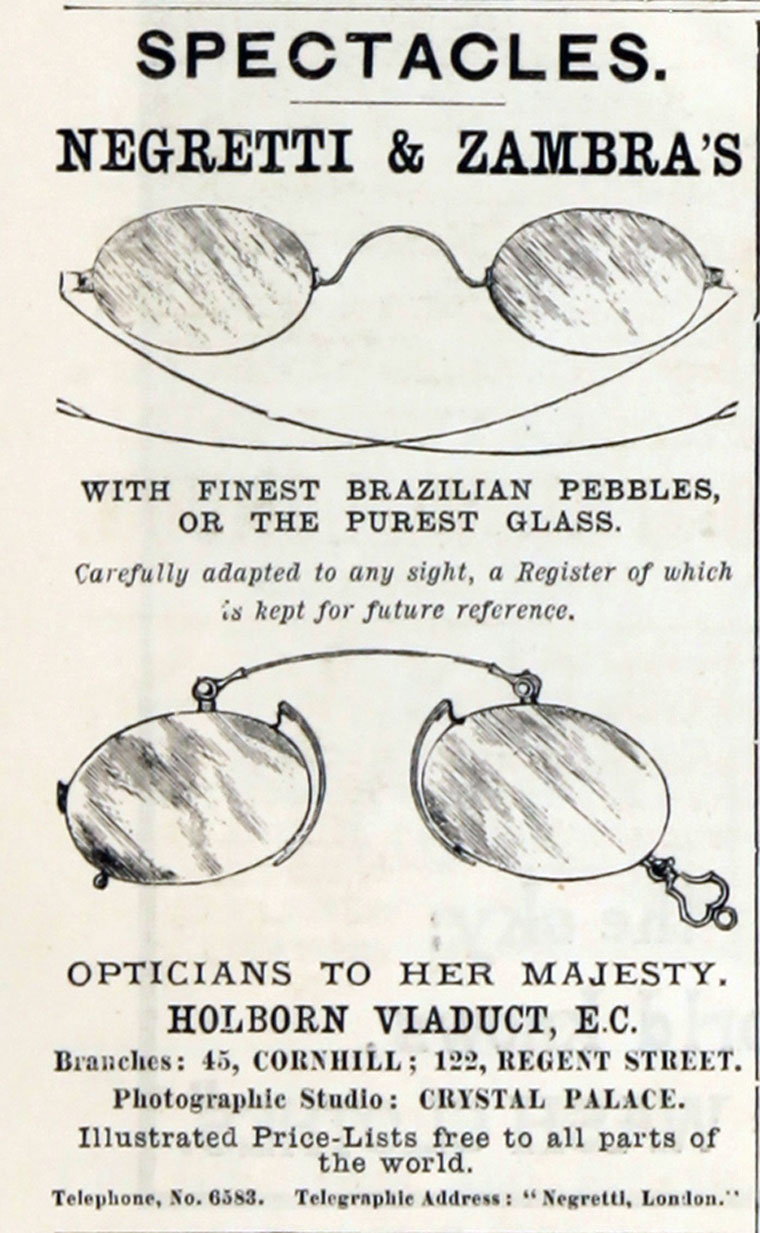 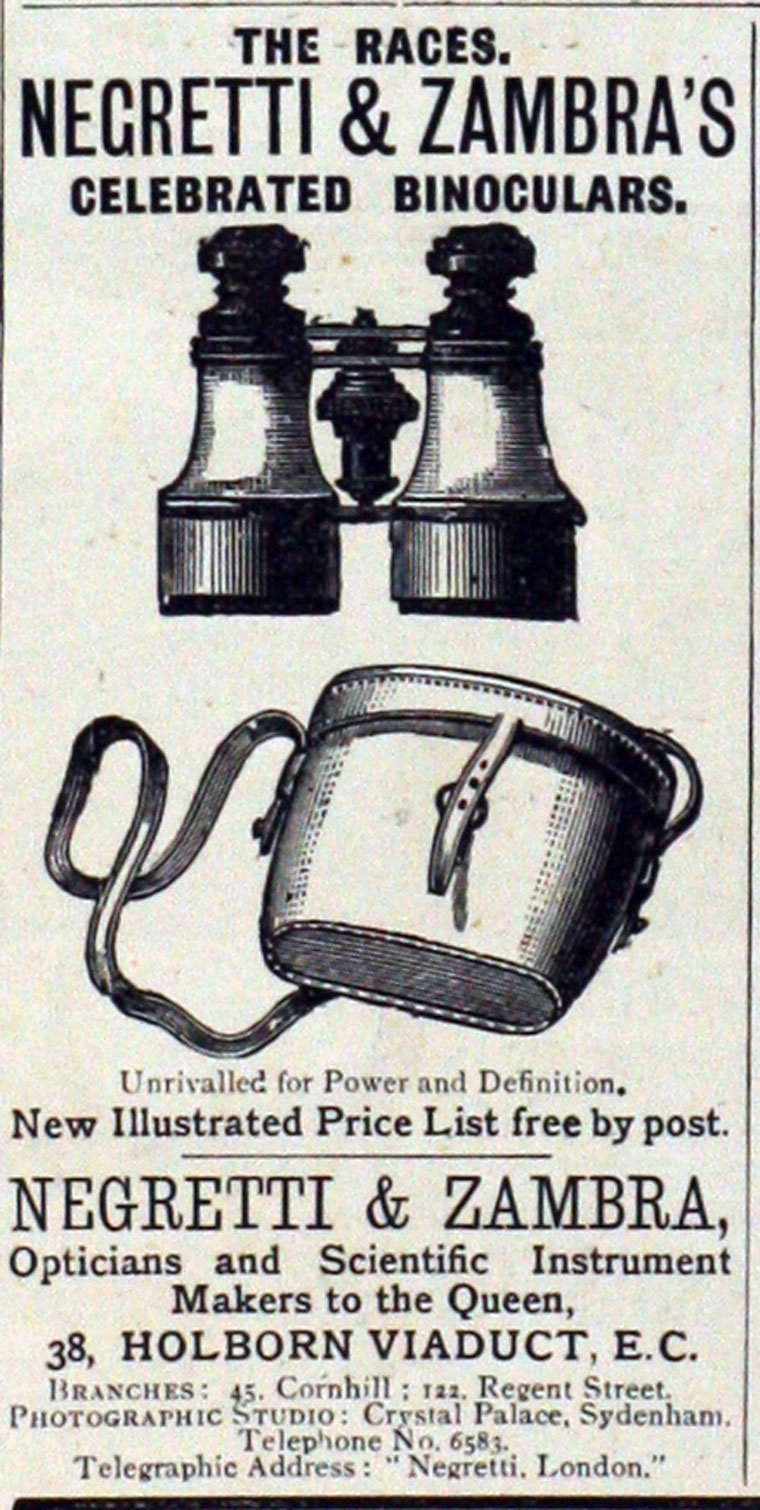 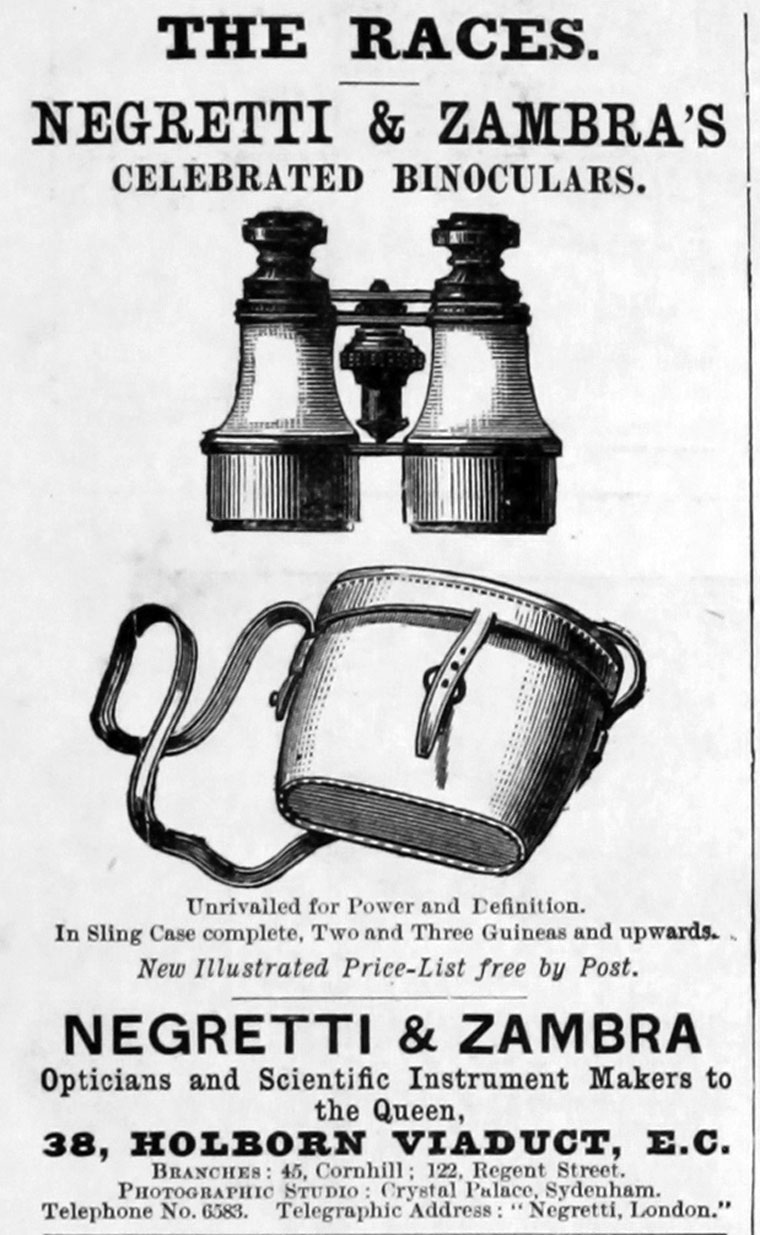 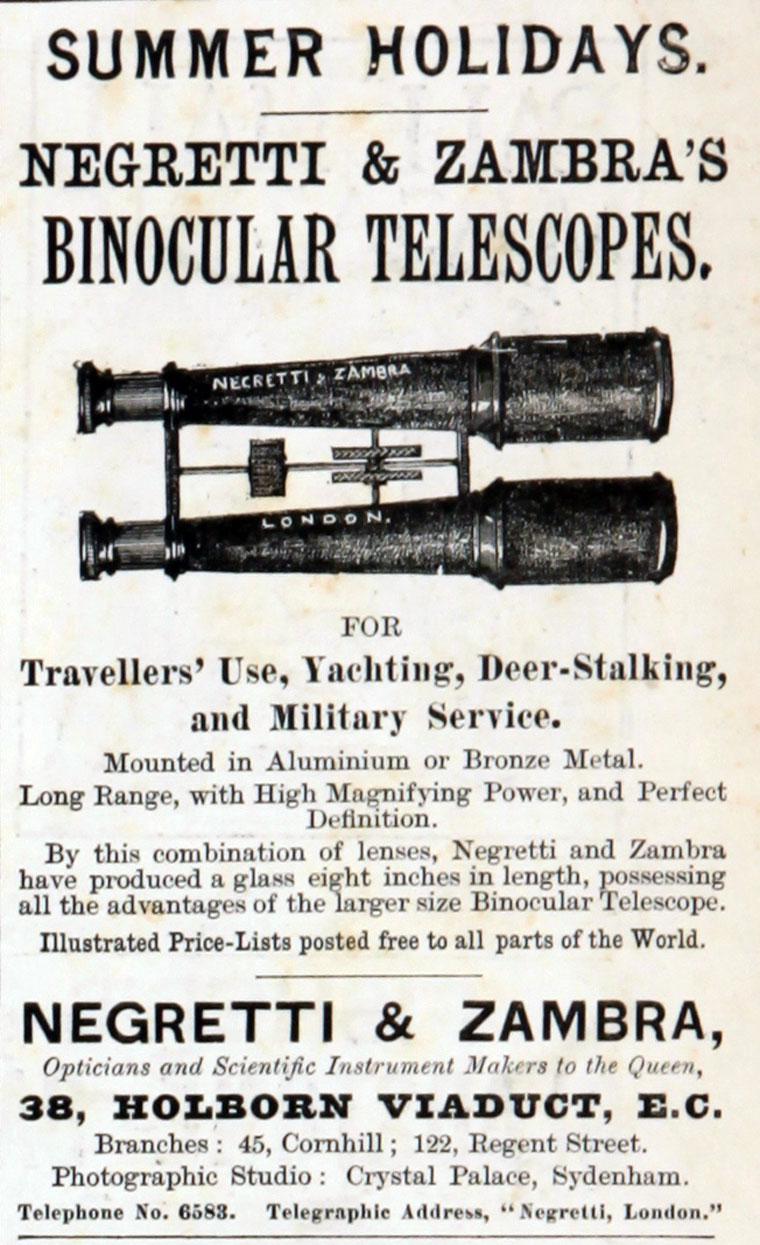 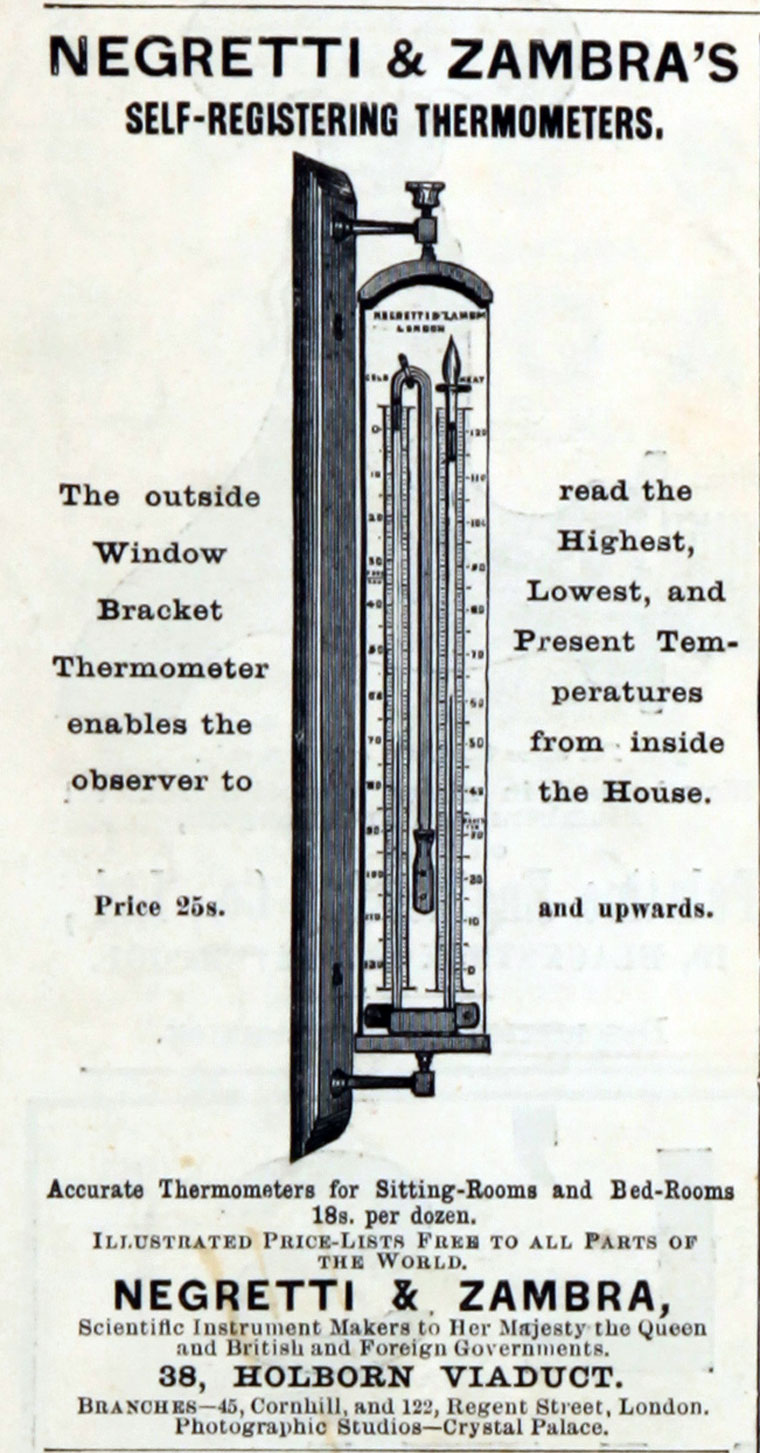 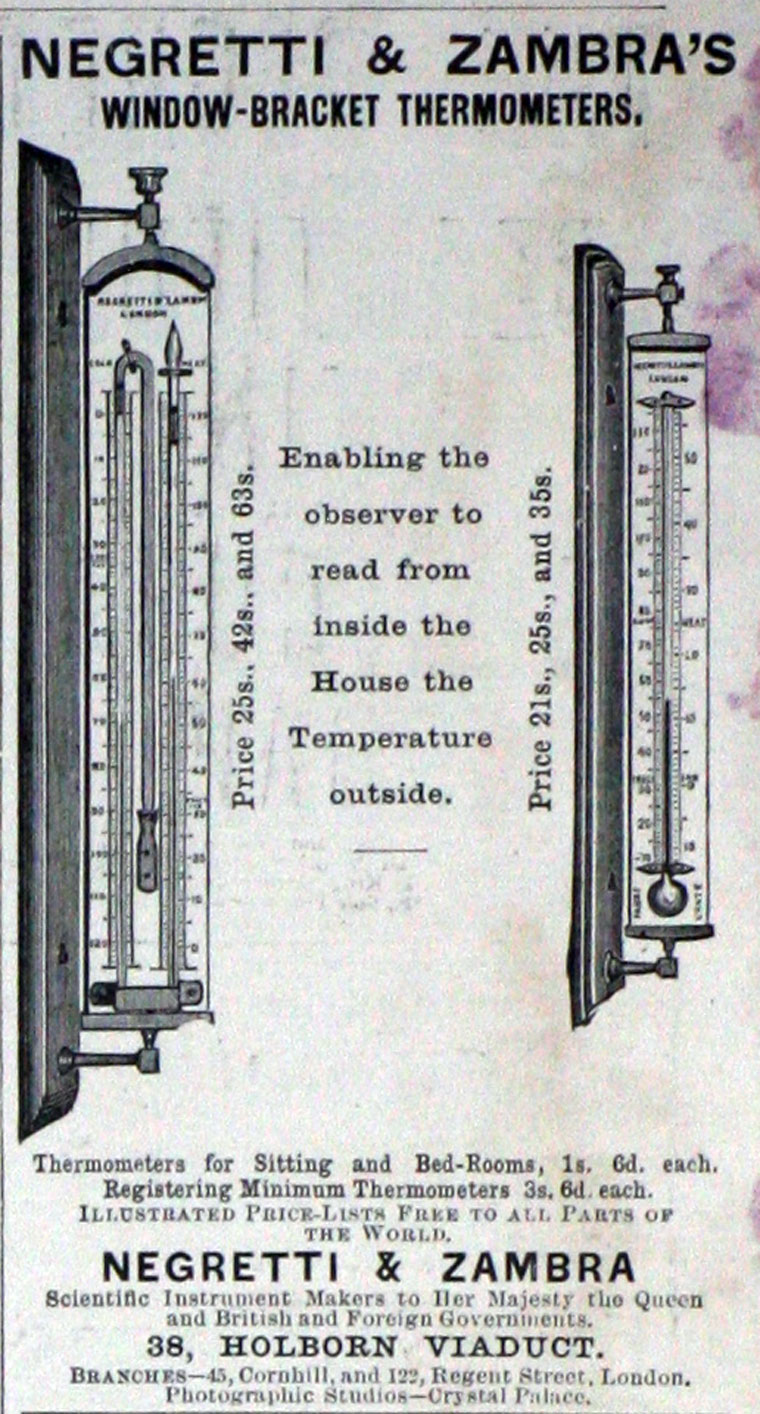 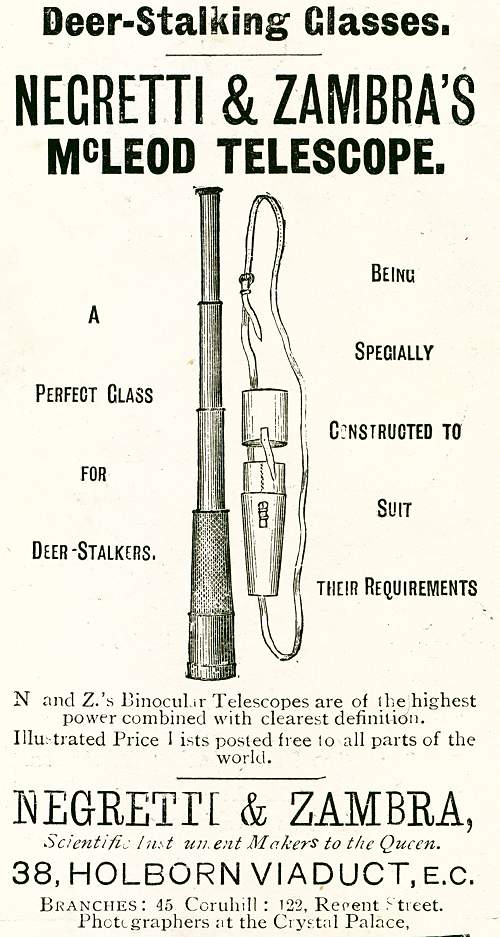 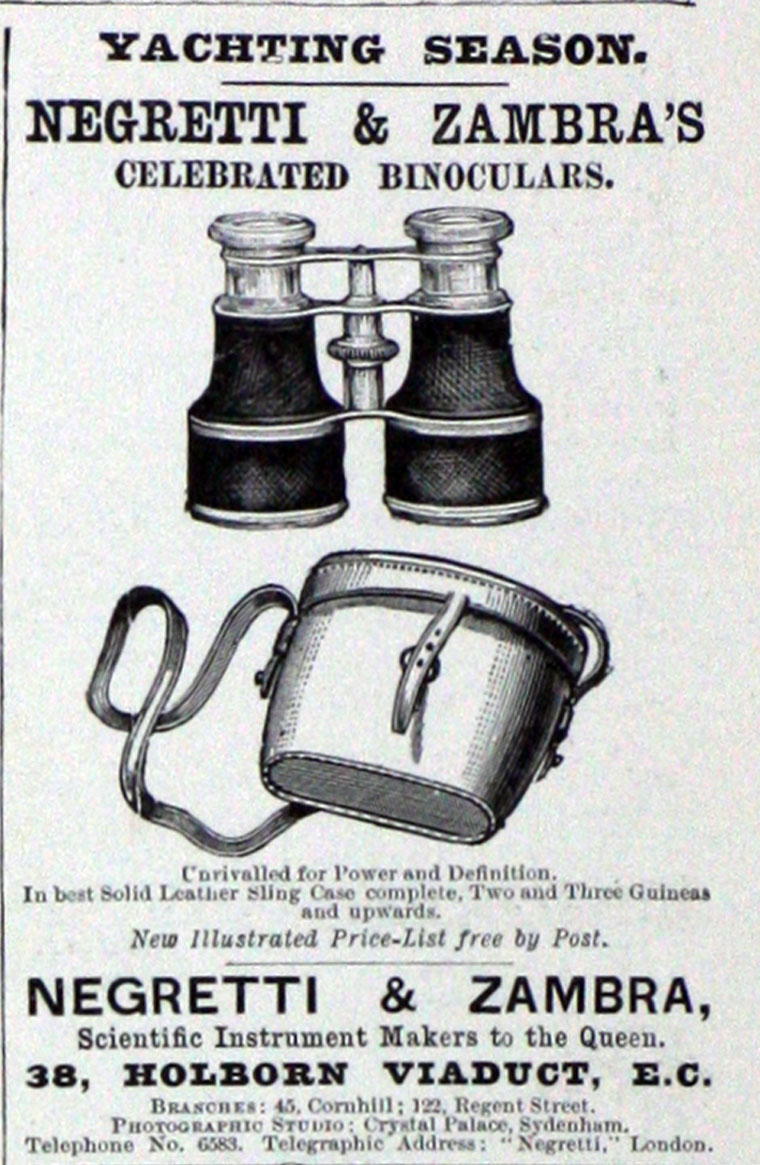 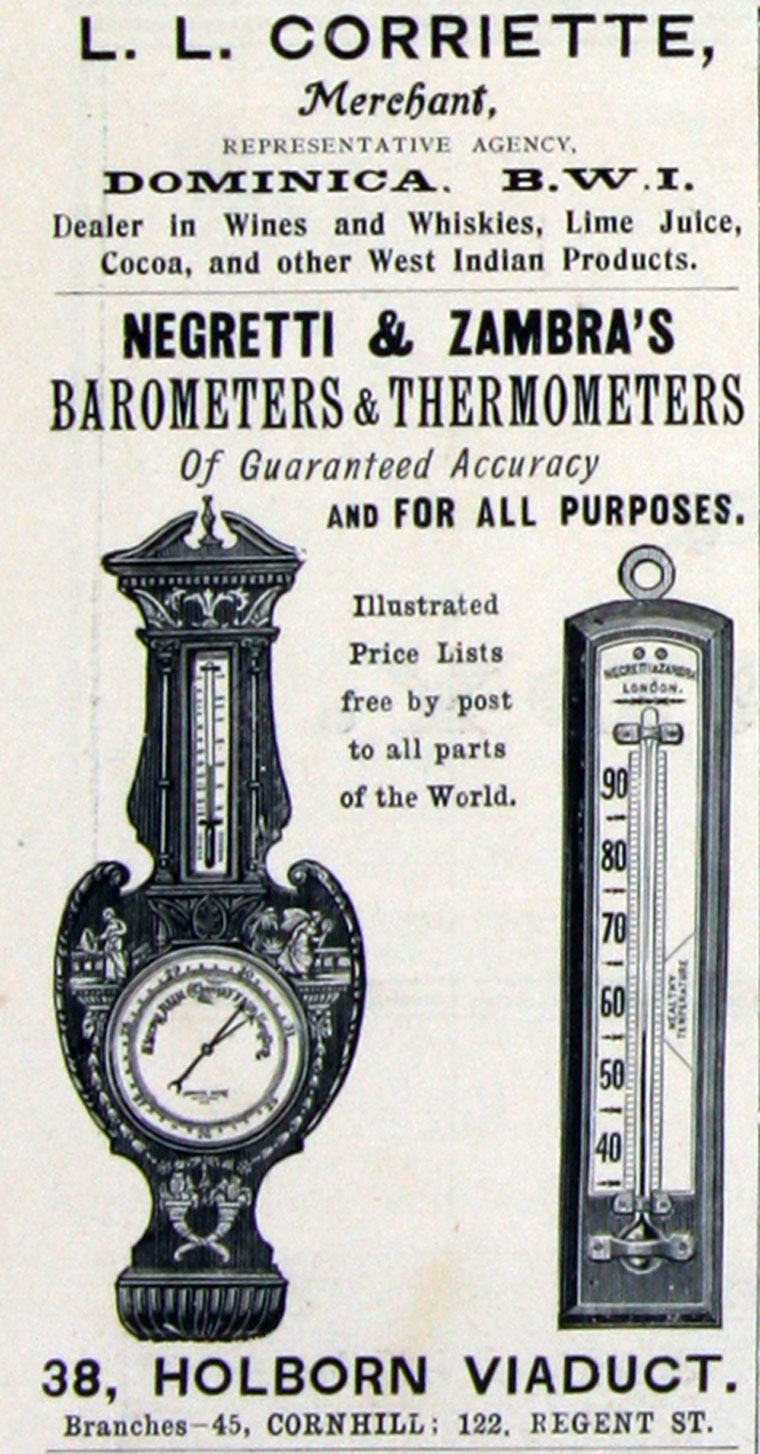 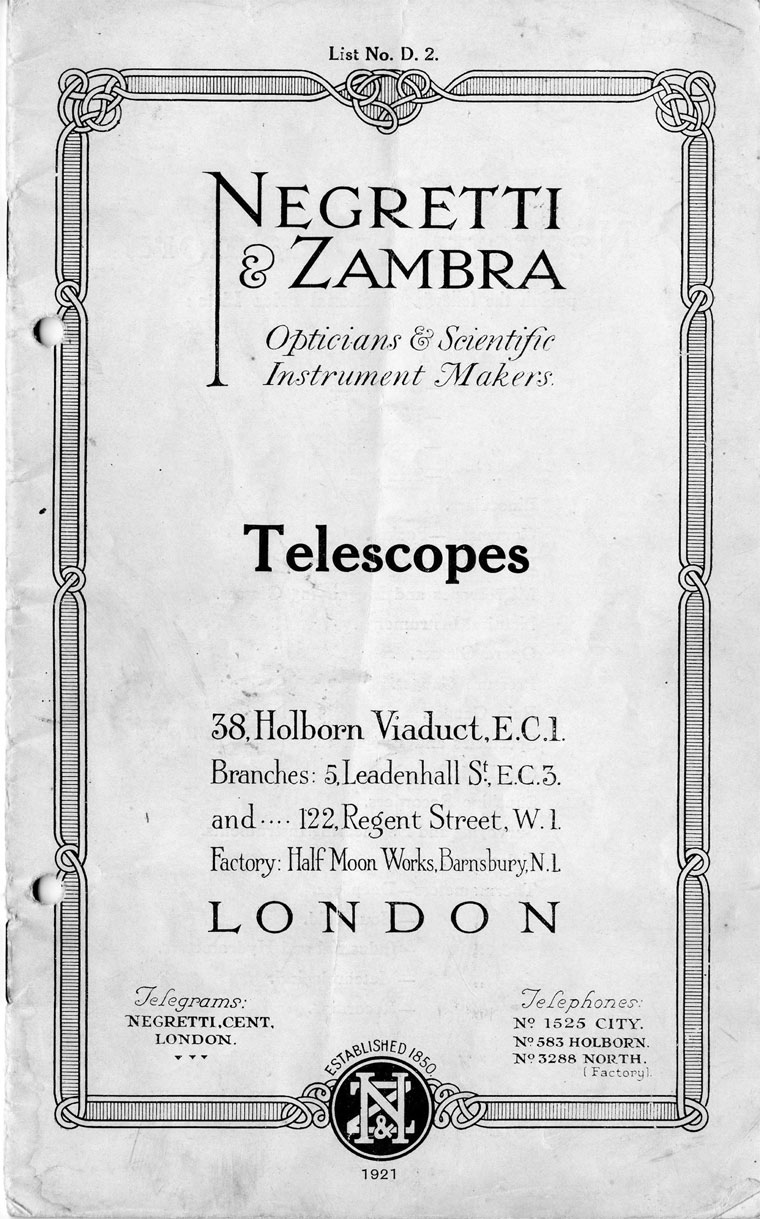 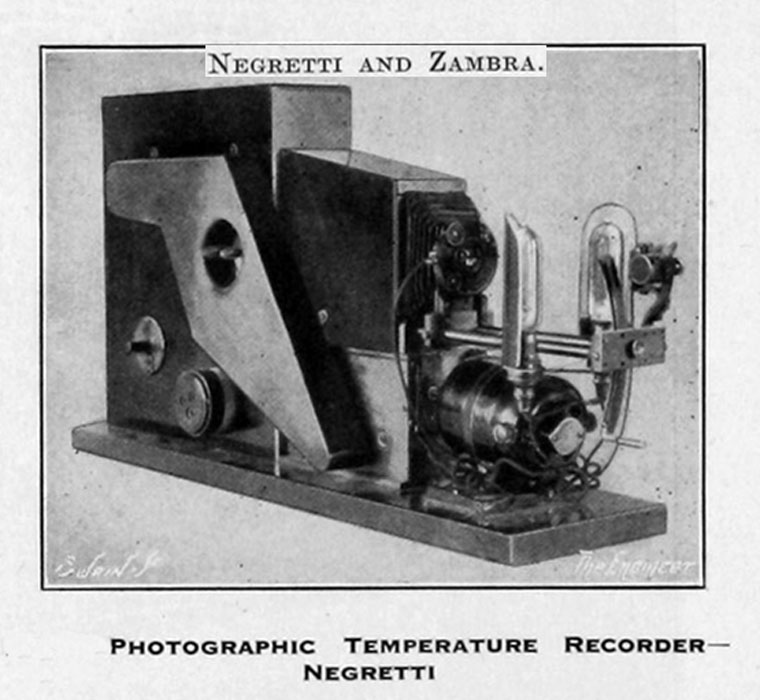 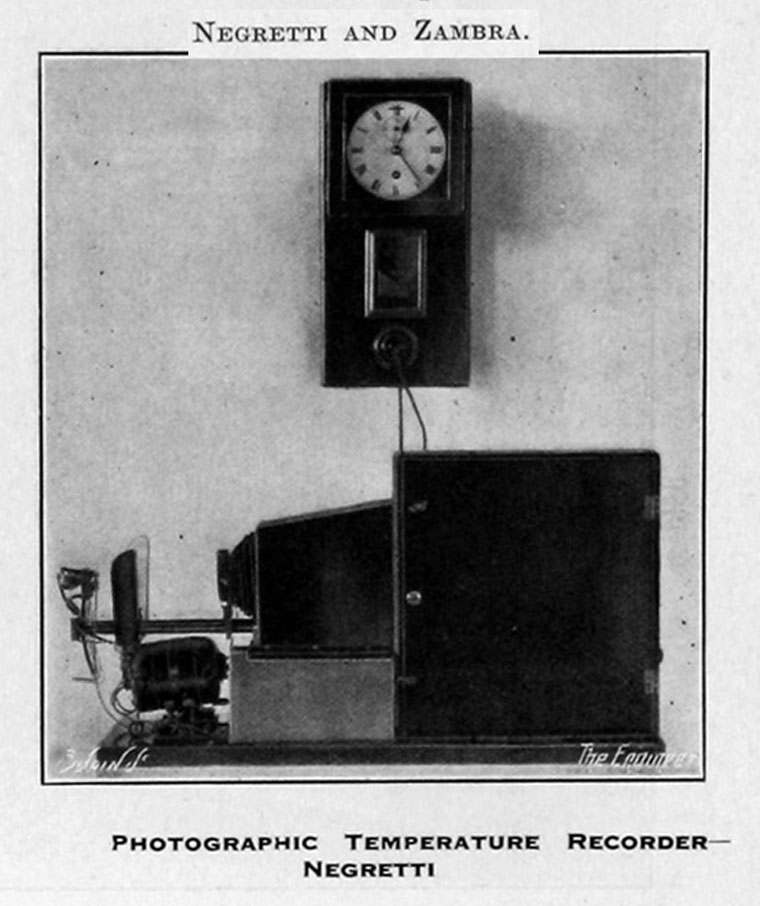 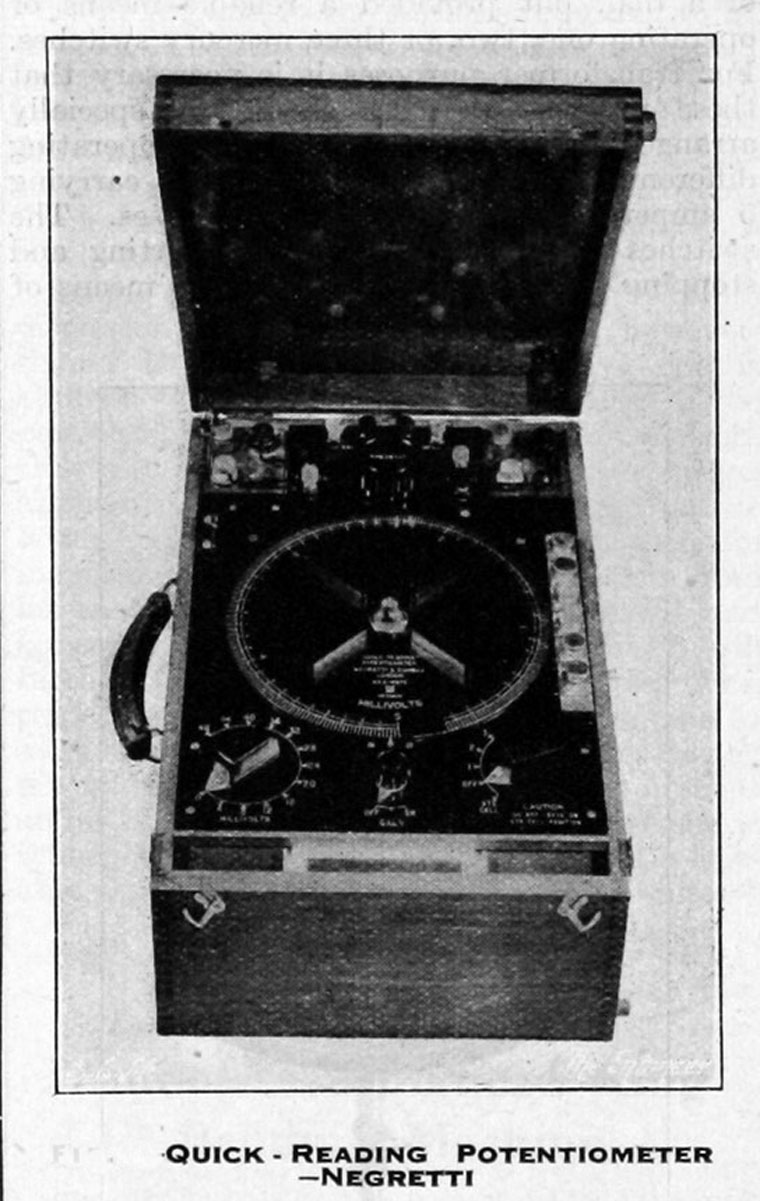 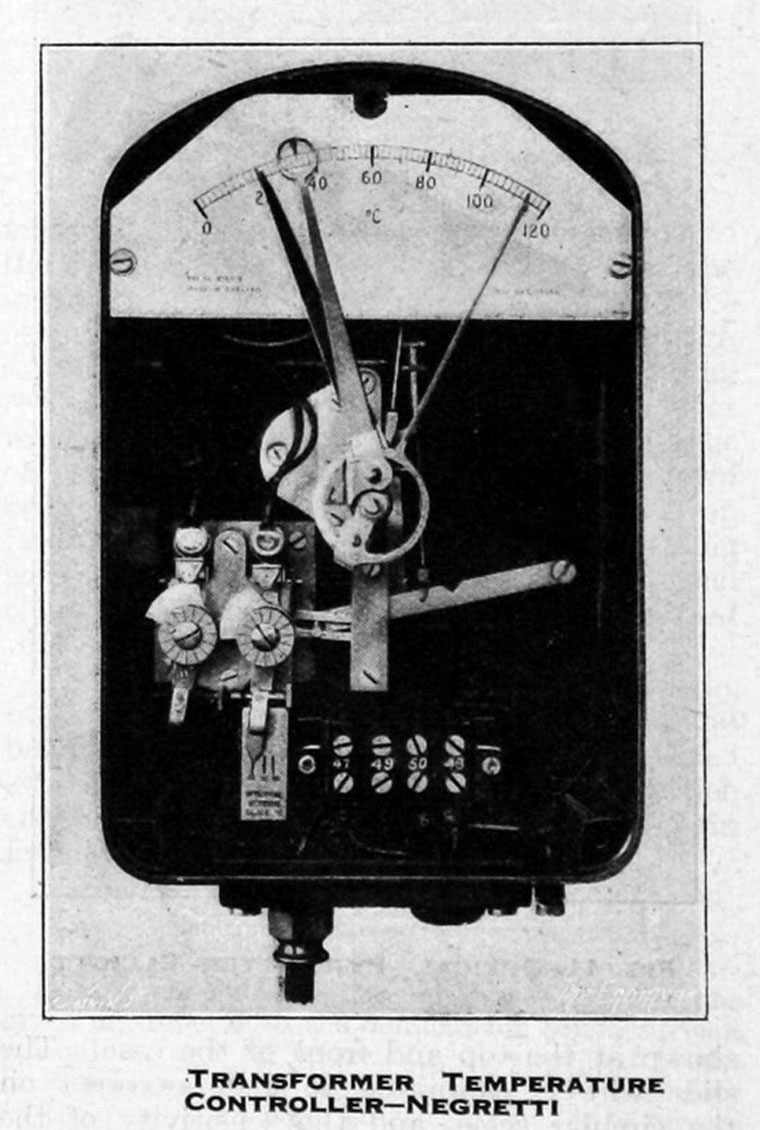 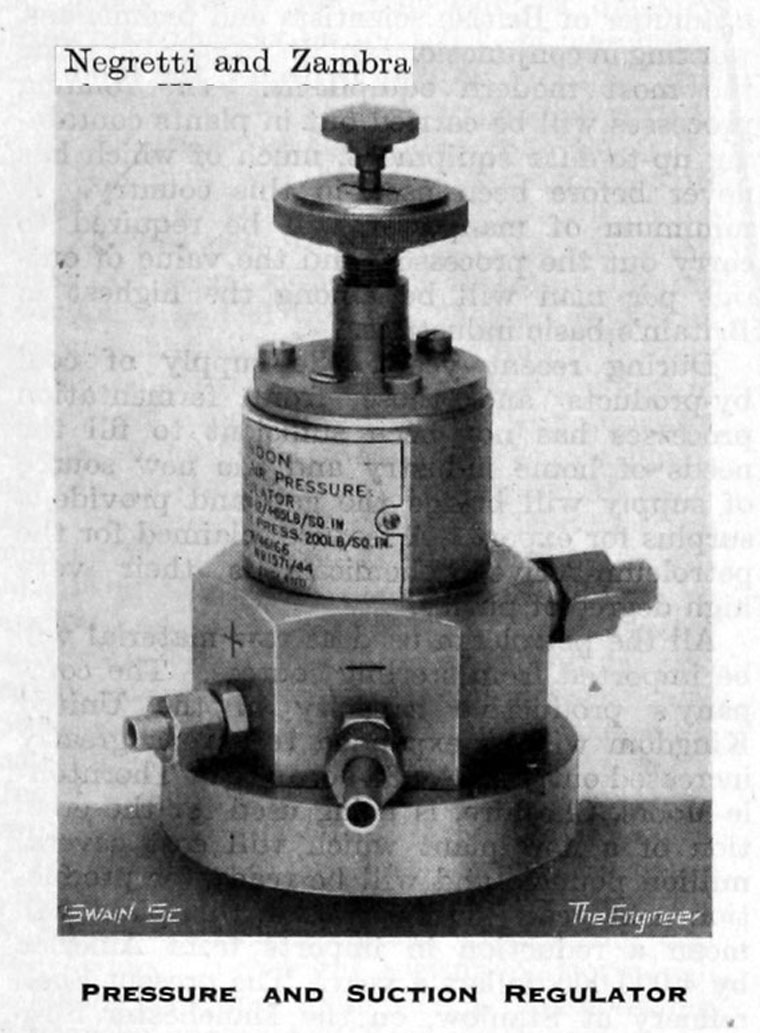 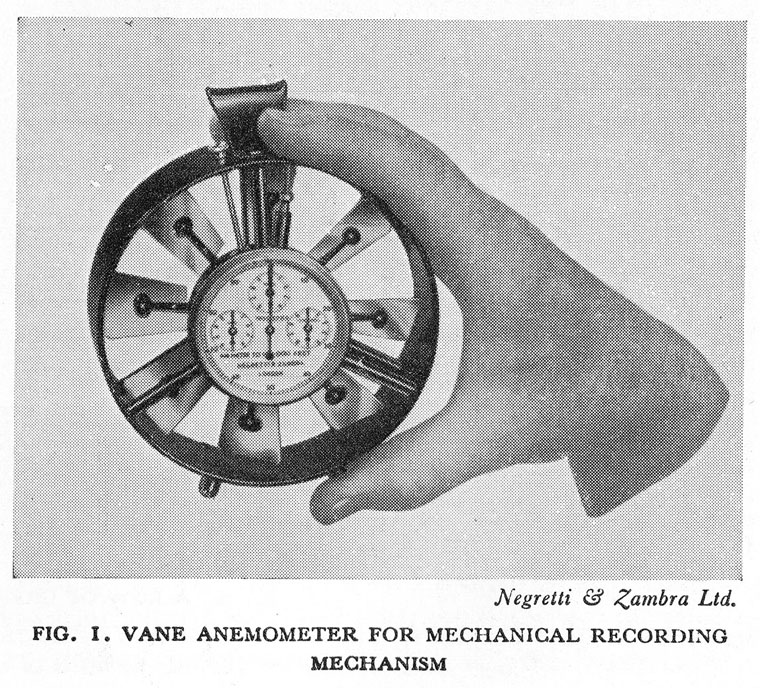 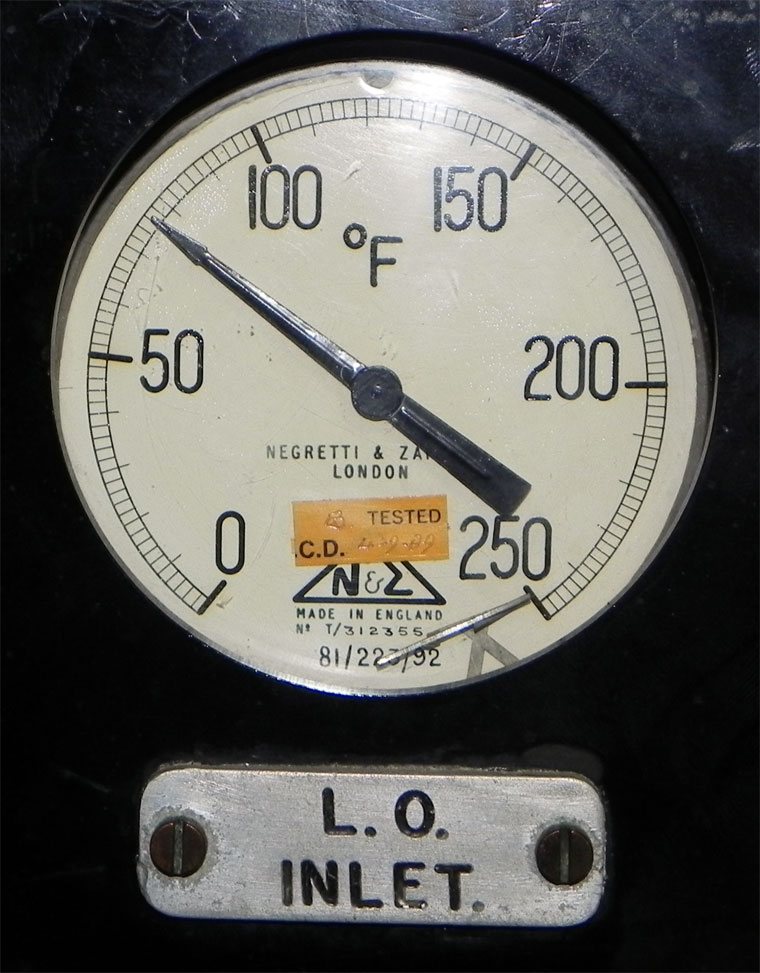 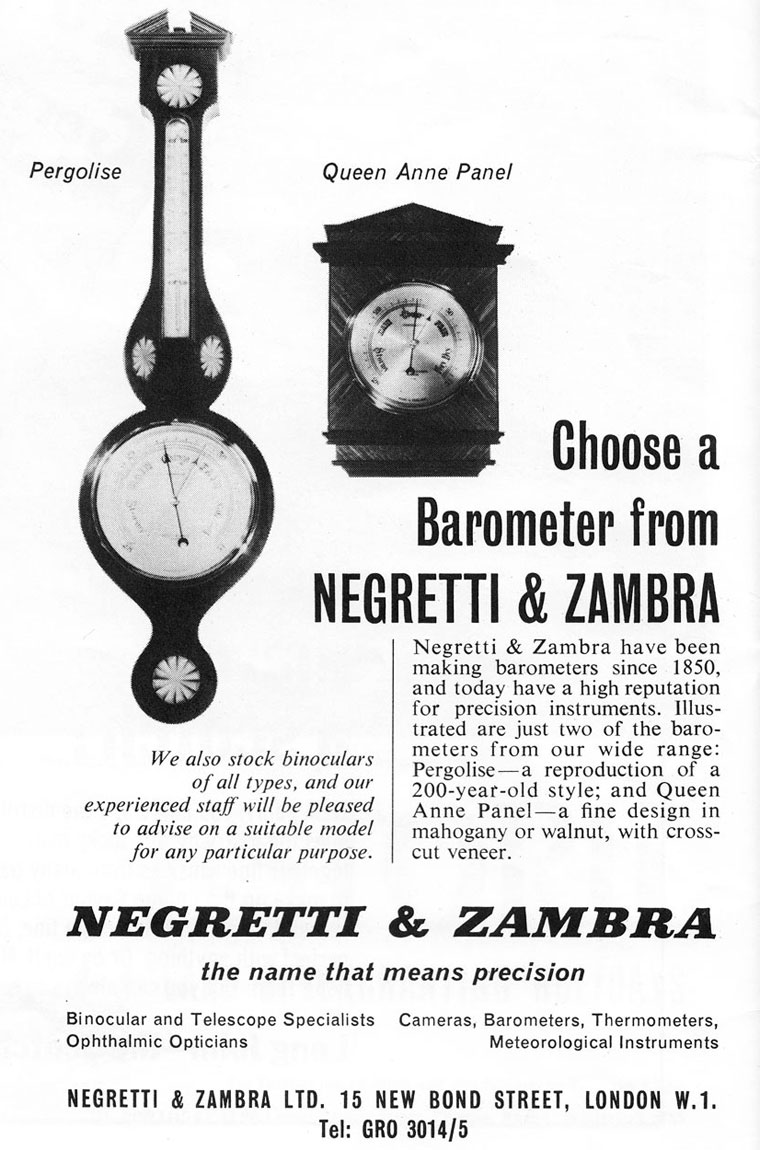 The firm Negretti and Zambra was a photographic studio and producer/factor of optical and scientific instruments, based in London.

1850 Company founded. Henry Negretti and Joseph Warren Zambra formed a partnership; the firm would eventually be appointed optical instrument makers to Prince Albert, the Royal Observatory and the British Admiralty[2]

The Company later gained patents to improve on the design and construction of its instruments, and in 1851 gained a patent to make thermometers.

1853 When the Crystal Palace was re-erected in Sydenham, Negretti and Zambra became the official photographers of the Crystal Palace Company, which allowed them to photograph the interior and grounds of the new building. The firm made use of this access to produce a number of stereographs.

Between 1855 and 1857 Negretti and Zambra commissioned photographer Pierre Rossier to travel to China to document the Second Opium War. Although Rossier subsequently was unable to accompany to Anglo-French forces in that campaign, he nevertheless produced a number of stereographs and other photographs of China, Japan, the Philippines and Siam (now Thailand), which Negretti and Zambra published and that represented the first commercial photographs of those countries.

1856 Negretti and Zambra sponsored a photographic expedition to Egypt, Nubia and Ethiopia conducted by Francis Frith.

Their patents included the process of enamelling the back of thermometer tubes, a feature which at the time they did not consider important, but which quickly became standard practice.

1859 The firm's 1859 catalogue described 2134 items and instruments and this range doubled a few years later.

1859 Moved to a larger workshop at 1 Hatton Garden

1863 They carried out improvements at Fitzroy's suggestion to make mercurial barometers withstand the concussion of naval guns.

1863 Henry Negretti took the first aerial photographs of London from a balloon.

1864 Negretti and Zambra (themselves) photographed Shakespeare's House, Stratford-on-Avon. A sepia photograph was then pasted onto card 4" × 2.5". This was then presented to visitors to the Crystal Palace to enable them to compare it with the model erected by Mr E. T. Parr in the Centre Transept. The card itself is headed "Crystal Palace April 23rd 1864." That year they also published a book, titled A Treatise on Meteorological Instruments, (which was reprinted in 1995).

1869 Moved to 38 Holborn Viaduct, as well as premises in Cornhill and Regent Street.

1892 Dissolution of the Partnership between Joseph Warren Zambra, Henry Paul Joseph Negretti, and Joseph Caesar Zambra, carrying on business as Merchants, at 11, Holborn-circus, London, and as Opticians and Optical and Scientific Instrument Makers, at 11, Holborn-circus and 45, Cornhill, London, at 122, Regent-street, Middlesex, and at the Crystal Palace, Sydenham, Kent, and elsewhere, under the style or firm of Negretti and Zambra, so far as regards Joseph Warren Zambra.[3]

1910 Exhibited at the Physical Society's Exhibition[4]

WWI Almost entirely engaged on production of various instruments for the Ministry of Munitions.

1920 at the request of the Air Ministry produced and patented a mercury-in-steel distance thermometer for taking oil and air temperatures in aircraft, which was the start of diversification into aircraft and industrial instruments.

Similar instruments developed for use in industrial processes, boiler and marine uses.

1930 Another very important development was the hardened and tempered steel diaphragm for boost control of aero engines. Other instruments were electrical resistance thermometers and thermocouple pyrometers, pressure and draught gauges, also automatic control instruments. At the request of the Air Ministry and several prominent aero engine manufacturers, developed and patented a fuel flow-meter.

WWII The Government provided a factory at Chesterfield for manufacture of aircraft instruments and boost controls, where 450 people were employed. Meanwhile the works in London were making other essential instruments. The Ministry of Aircraft Production also provided premises at Chobham, Surrey, where other production and research were carried out. The diaphragm boost controls were also manufactured in the U.S.A. under licence.

1950 Negretti and Zambra had 821 employees in Britain.

1964 In order to increase production and to safeguard future development purchased a modern factory at Aylesbury for all their production.

1981 Losses worsened, especially at Negretti Automation and Sepkarn; Negretti was taken over by a group of financial institutions in the form of Western Scientific Instruments[13]

1985 Negretti was acquired by Meggitt Holdings[14] who wanted to form an aerospace conglomerate.

1992 Meggitt sold Negretti Automation to its directors plus additional investment by a Holding Company Tuncove Ltd. The books show a price of £430,000. Part of the arrangement meant that the company was able to move from its expensive site in Stocklake to two cheaper units in Bicester Road, Aylesbury.

1993 Meggitt finally moved all of the old Aviation business to its new premises in Fareham, Hants. Only one employee is transferred, all of the rest are made redundant. Following problems with servicing MOD orders due to the move and the loss of key employees, Meggitt changed the name Negretti Aviation to Meggitt Avionics. Negretti Automation is now the only company left in UK bearing the old name. It now employs approximately 50 people.

Jan 1997 Negretti Automation sold the remnants of the Diesel Engine Indicator and Thermocouple Business to The Brearley Group of Sheffield.

Nov 1997 Negretti Automation sold the MPC and Software Business to two employees who registered a new company: Negretti Systems. Five other employees move over to new company. The load cell part of the Weighing business was sold to Veccer. Also part of the remaining Rubber and Polymer Test Equipment was sold.

May 2009 Negretti Systems called in the receiver.