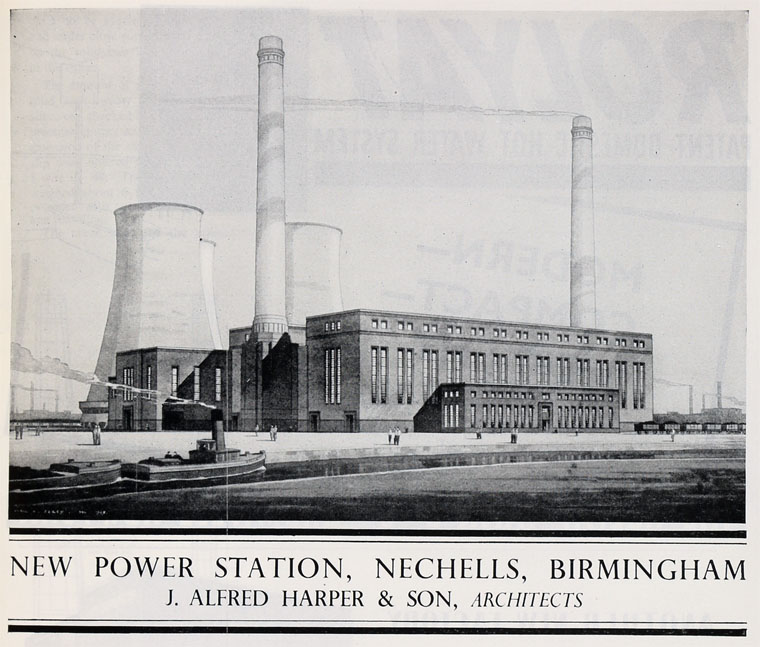 Nechells was the location of two gasworks, in Windsor Street and Nechells Place, and two coal-fired power stations situated on land now occupied by the Star City complex.

1923 Nechells Prince's station was opened by the Prince of Wales. Initial capacity of 75 megawatts was subsequently enlarged to 130 MW (in 1929?).

A small railway network was used by both power stations for the transport of coal from the main line railway at Saltley and within the plant.

1982 The power stations closed but a steam locomotive used at the site, "Nechells No.4", has been preserved and is operating on the Chasewater Railway in Staffordshire.[1]