Grace's Guide is the leading source of historical information on industry and manufacturing in Britain. This web publication contains 142,256 pages of information and 227,823 images on early companies, their products and the people who designed and built them. 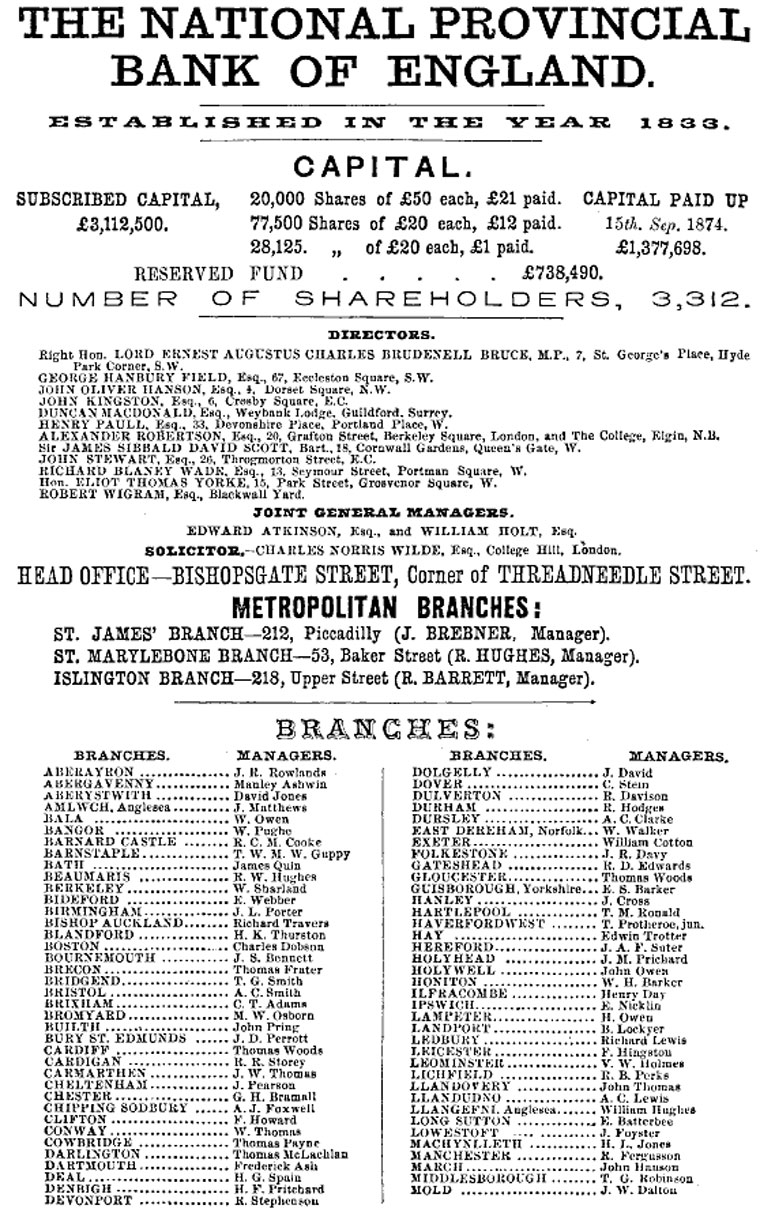 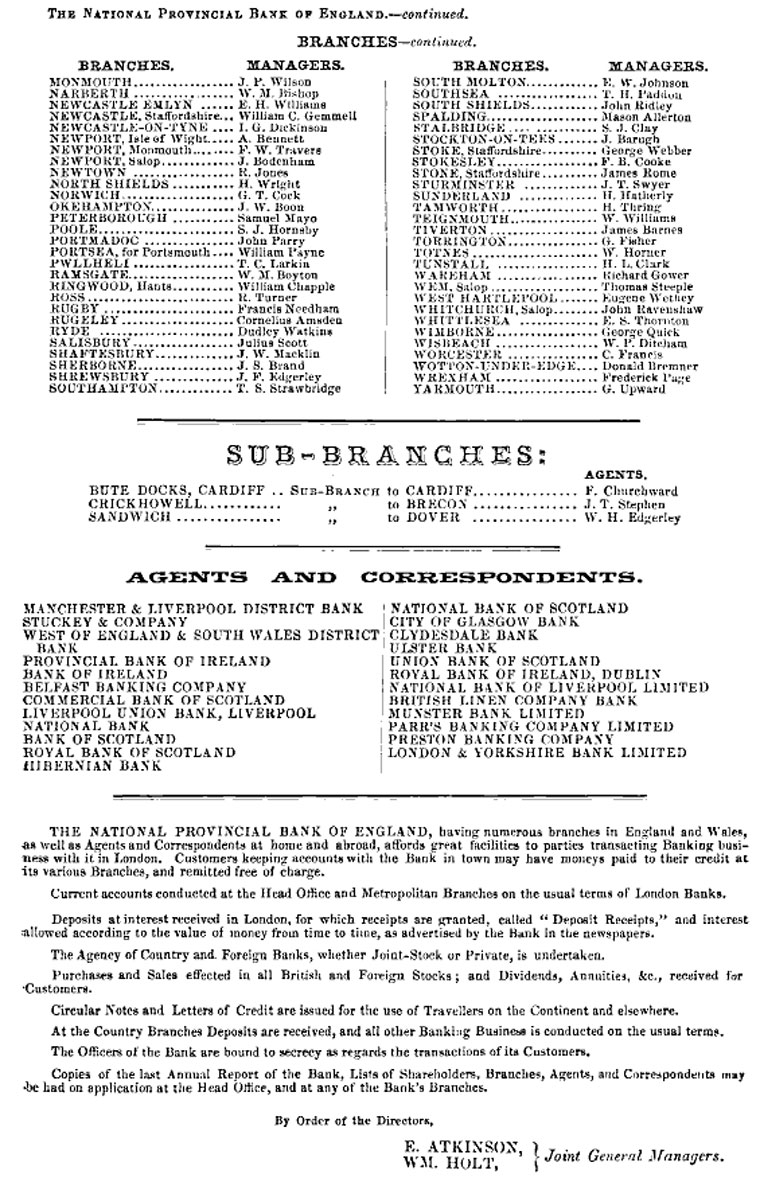 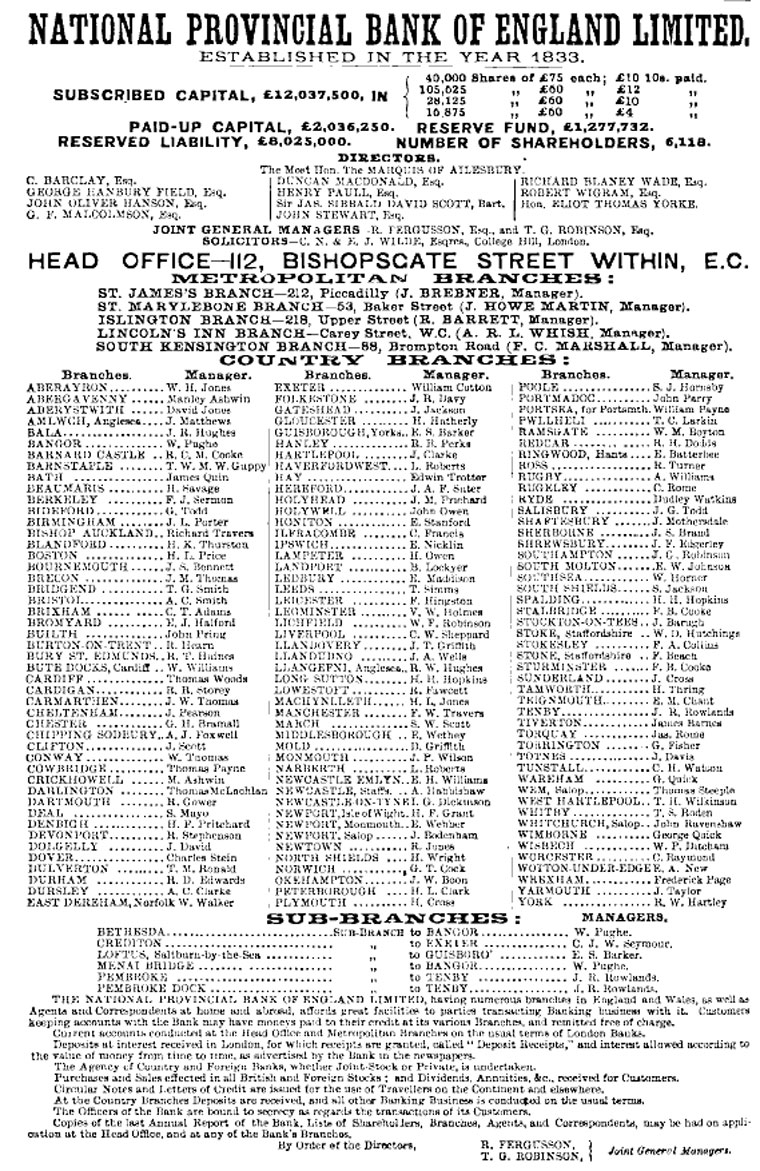 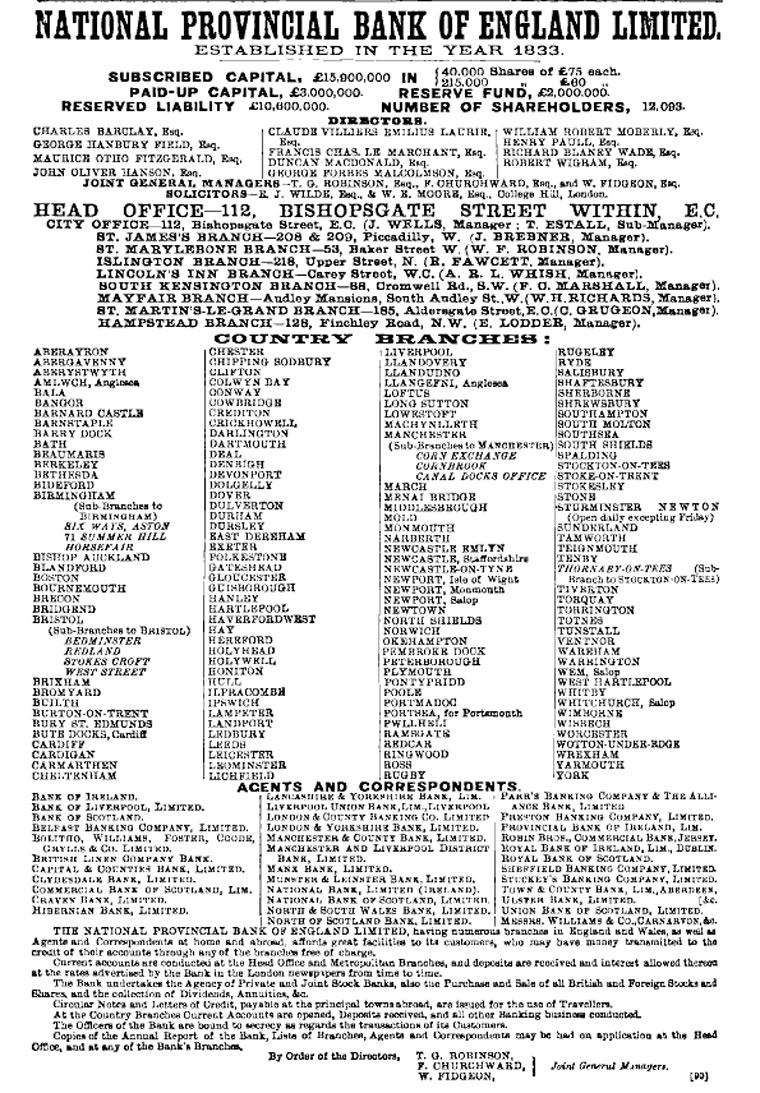 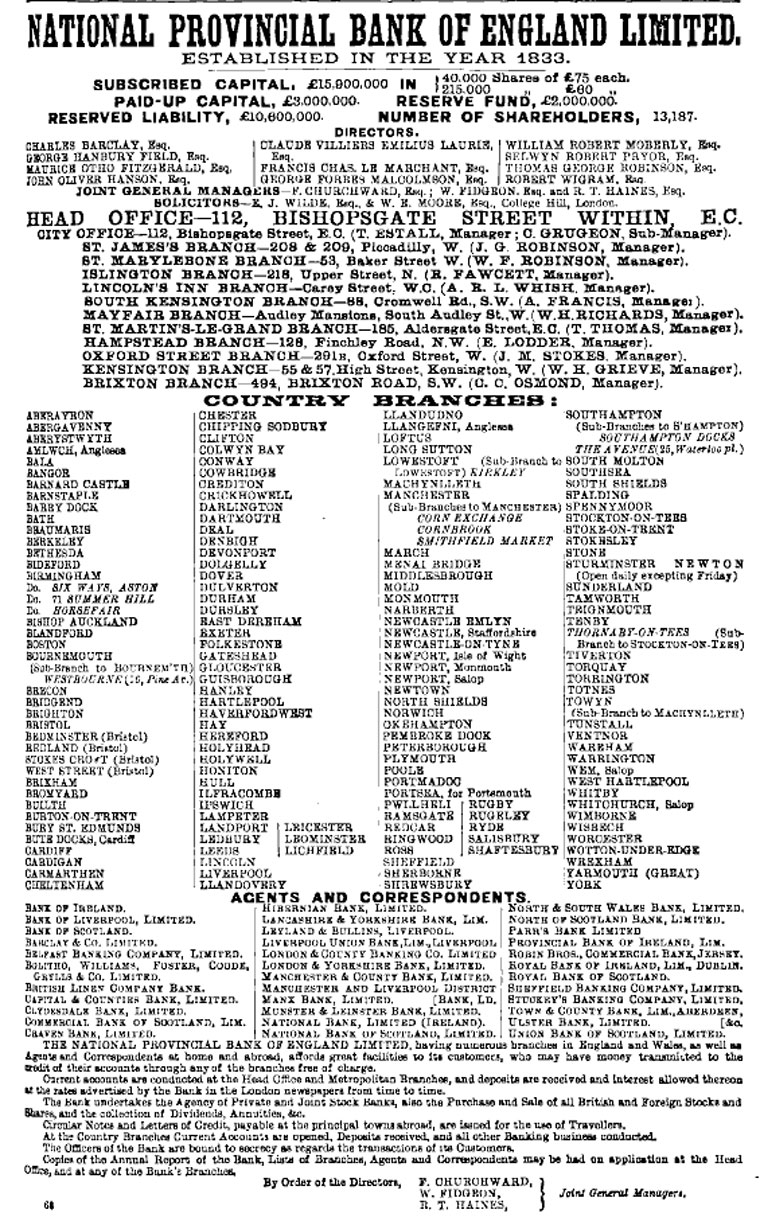 1828 Preparatory work to establish a bank called Royal Bank began at the instigation of Thomas Joplin.

By 1833 a provisional committee was meeting regularly and the bank's name was changed to National Provincial Bank of England. Shares were allocated and a deed of settlement signed. The bank's policy was to open branches in England and Wales outside the 65-mile limit around London so it could issue its own banknotes, with a purely administrative head office situated in London.

1834 The first branch was opened in Gloucester, followed by branches in Brecon, Walsall, Birmingham, Wotton under Edge, Boston and Wisbech.

By mid-1835 20 branches and sub-branches had been opened but the original principle of the semi-autonomous branch with its own local shareholders proved unworkable and was abandoned.

By 1865 the bank had 122 branches, many of which were established through the acquisition of small private and joint stock country banks including: Rottons and Scholefields of Birmingham in 1834; Bloxsome and Co of Dursley in 1835; the Bristol City Bank branch of Northern and Central Bank in 1835; Pyke, Scott and Co of Barnstaple in 1836; Vye and Harris of Ilfracombe in 1836; William Skinner and Co of Stockton in 1836; Lichfield, Rugeley and Tamworth Banking Co in 1838; Husband and Co of Devonport in 1839; Harris and Co of Dartmouth in 1840; Hulke, Dixon and Co of Deal in 1840; Fryer, Andrews and Co of Wimborne in 1840; Fector and Co of Dover in 1841; Cole, Holroyd and Co of Exeter in 1842; Pretor, Pew and Co of Sherbourne in 1843; Loveband and Co of Torrington in 1843; Ley and Co of Bideford in 1843; Isle of Wight Joint Stock Bank of Newport in 1844; Stockton and Durham County Bank of Stockton in 1846; Thomas Kinnersly and Sons of Newcastle-under-Lyme in 1855; William Moore of Stone in 1858; Crawshay, Bailey & Co of Abergavenny in 1868; and David Morris & Sons of Carmarthen in 1871.

1866 a new head office was opened in Bishopsgate, City of London, where the first London branch was also established, obliging the bank to give up its note issue facility.

1878 The Bank of Leeds Ltd was acquired

1918 A half share in Lloyds Bank (France) Ltd was acquired. This bank was renamed Lloyds and National Provincial Foreign Bank Ltd in 1919 and had branches in London, France, Belgium and Switzerland.