Grace's Guide is the leading source of historical information on industry and manufacturing in Britain. This web publication contains 142,387 pages of information and 227,858 images on early companies, their products and the people who designed and built them. 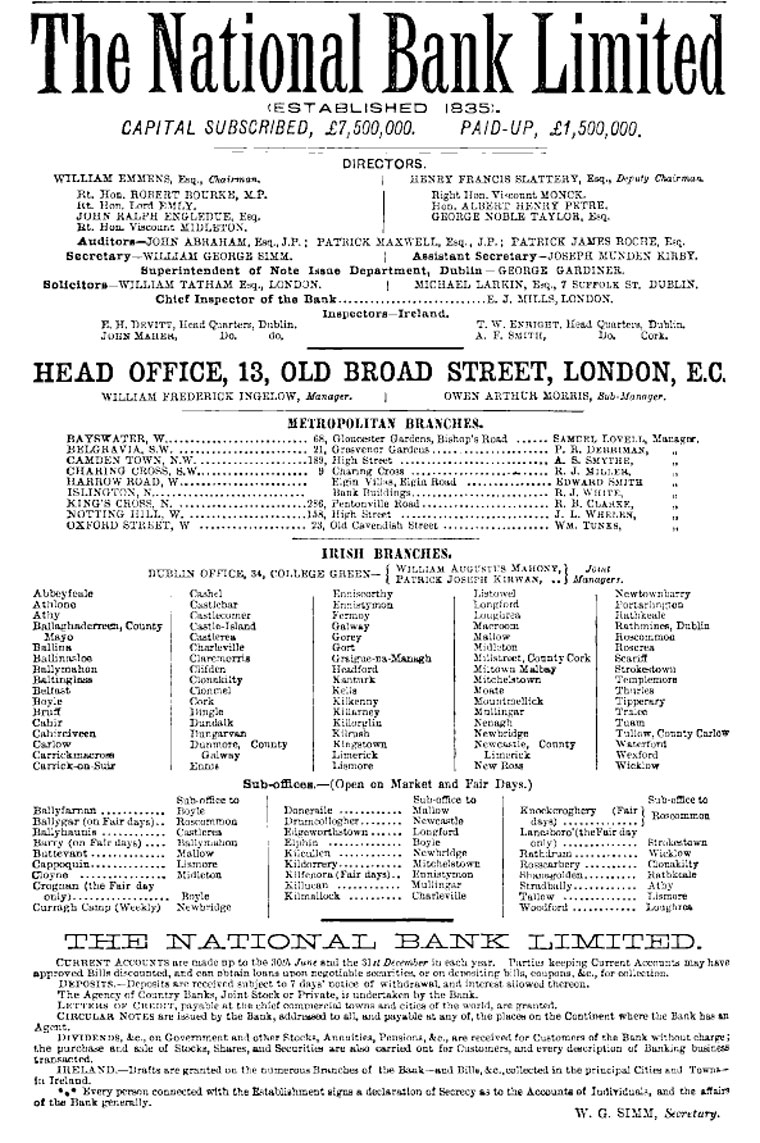 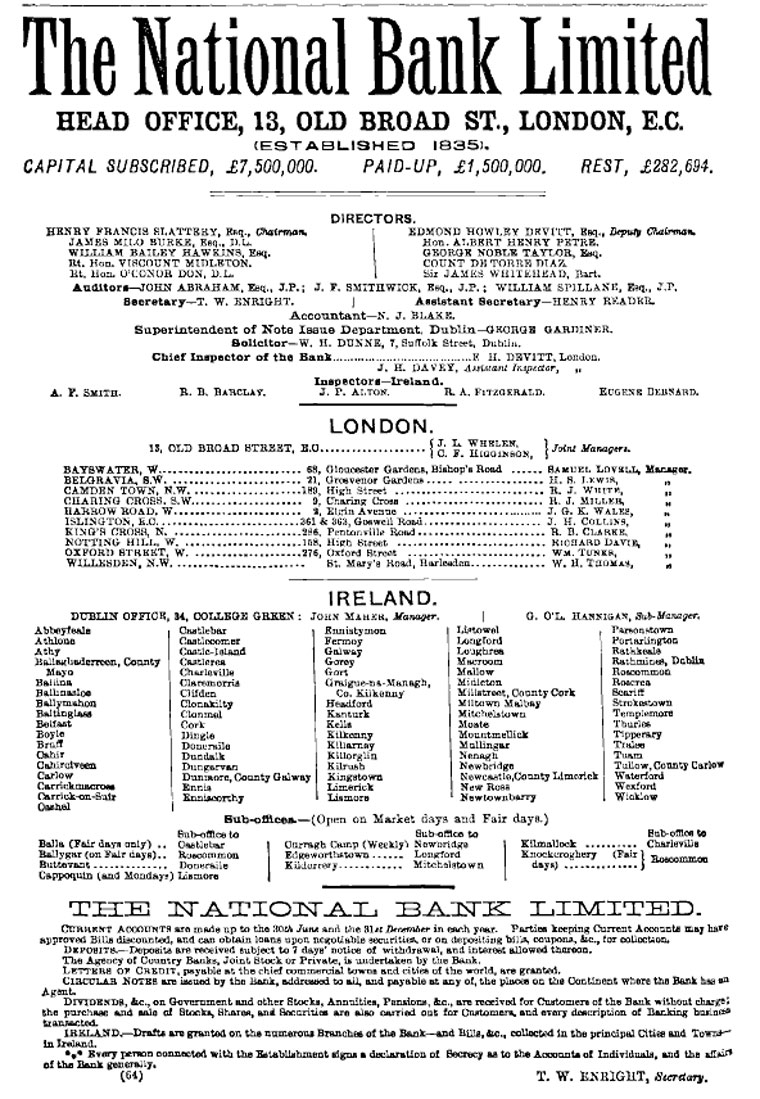 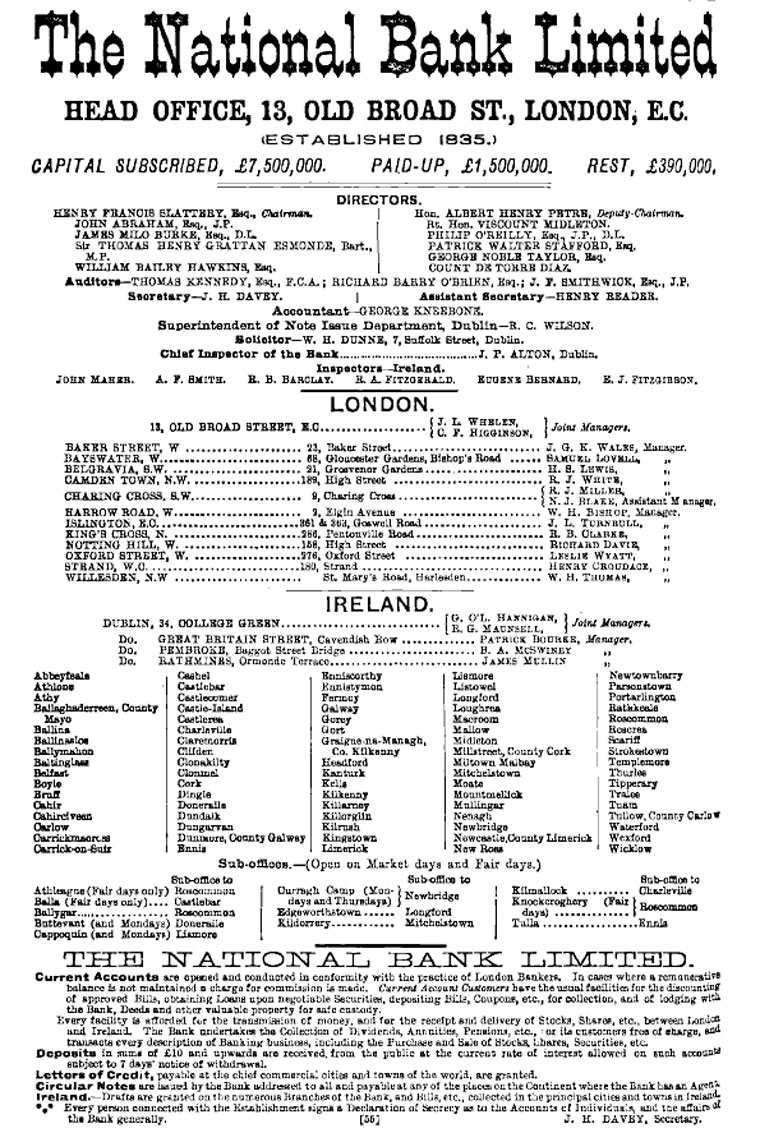 1835 The bank was formed as the National Bank of Ireland as a joint-stock bank to provide capital for Irish economic development and to serve the needs of small traders and tenant farmers, as well as those of the gentry. The bank’s London agents were Barnett, Hoares and Co, of Lombard Street.

Lamie Murray, manager of the bank, modelled the organisation on Thomas Joplin's Provincial Bank of Ireland - a joint-stock bank with branches operating as subsidiary companies, the shares being held partly by the parent bank and partly by local people.

1845 the Irish Banking Act ended the Bank of Ireland's monopoly in and around Dublin, and a chief office of the National Bank in Ireland was immediately opened at 34 and 35 College Green, Dublin.

1847 the National Bank of Ireland also absorbed the London and Dublin Bank of Dublin.

1854 the bank opened its first branch in England at 13 Old Broad Street, where the board had met since 1839.

By 1888, The National Bank was the eighth largest British bank in terms of capital; only four other banks had more branches in London. This growth was sustained with over 60 further branches opened between 1888 and 1922.

Post-WWI the bank formed an Irish board to manage the larger Irish side of the business. But the bank's problems were compounded by the general economic recession of the 1920s and 1930s and the Second World War.