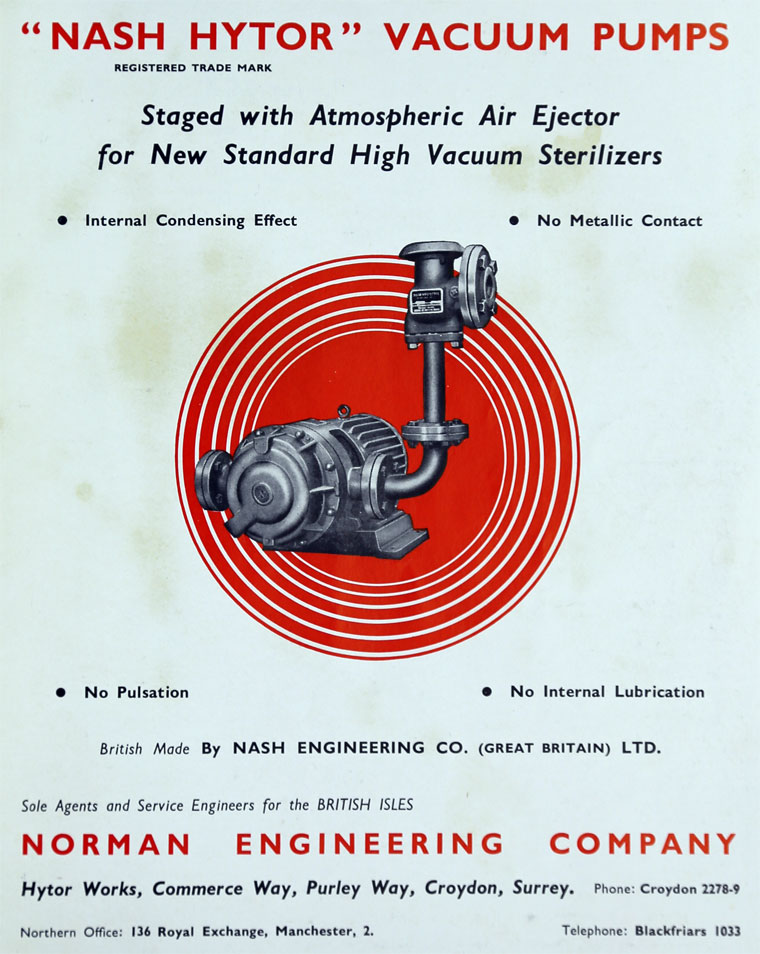 1905 The Nash Engineering Company was founded by Lewis H. Nash in Norwalk, Connecticut, U.S.A as a manufacturer of liquid ring vacuum pumps.

Nash pumps were also developed and applied in the manufacture of pulp and paper.

From the 1920s until 1960s, Irving Callender Jennings, of Norwalk, patented many improvements in gas and liquid pumps, including improvements to the Nash pump, some of which he assigned to the company.

During the mid-20th century, the company expanded into industrial markets such as paper, power, petrochemical, general industrial, and food markets.