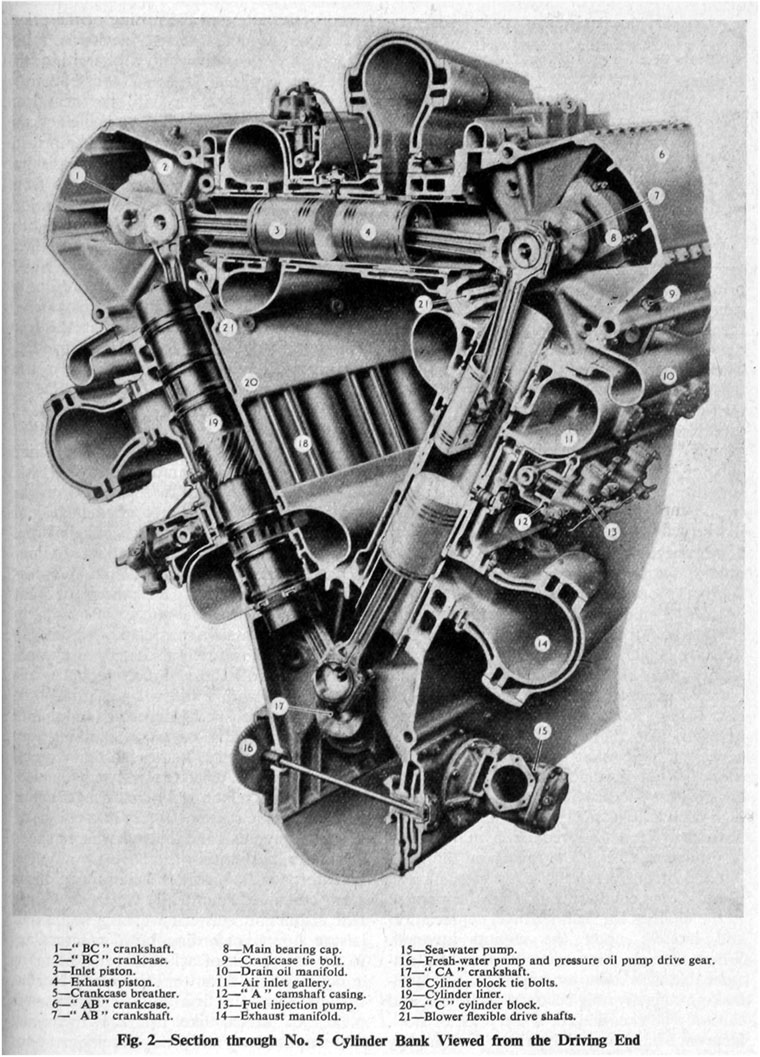 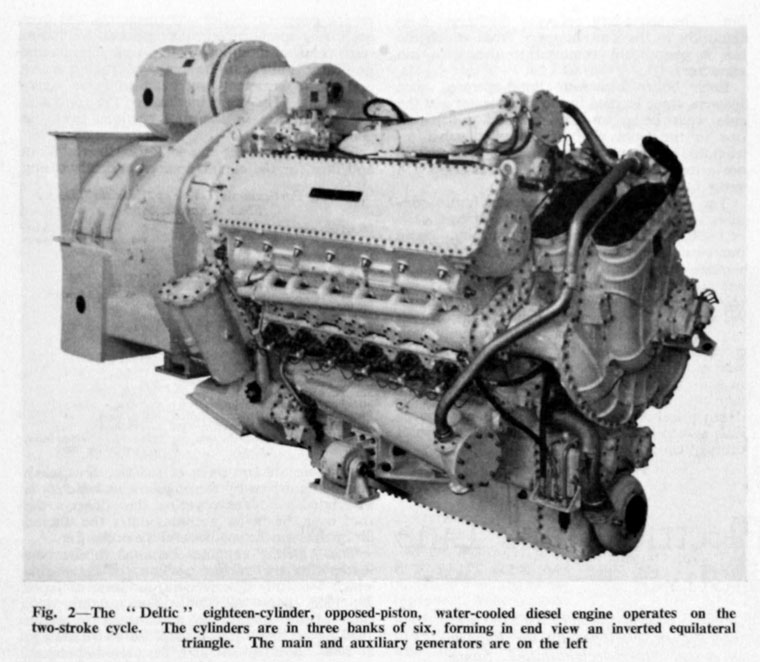 Note: This is a sub-section of Napier

1944 Napier was asked by the Royal Navy to supply a diesel engine for use in their patrol boats, but the Culverin engine's 720 hp was not nearly powerful enough for their needs. Napier designed the Deltic, essentially three Culverins arranged in a large triangle (deltoid). It was a 2-stroke engine. Considered one of the most complex engine designs of its day, the Deltic was nevertheless very reliable

It was later put into service as a locomotive power-plant (in what became British Rail's Class 55) in addition to the torpedo boats, minesweepers and other small naval vessels for which it was designed.

Deltic sales ended in the 1960s which marked the end of Napier's involvement in engines as they had no new designs to offer. They continued as a primary supplier of turbochargers, which can be found on many engines.