Grace's Guide is the leading source of historical information on industry and manufacturing in Britain. This web publication contains 145,336 pages of information and 230,731 images on early companies, their products and the people who designed and built them. 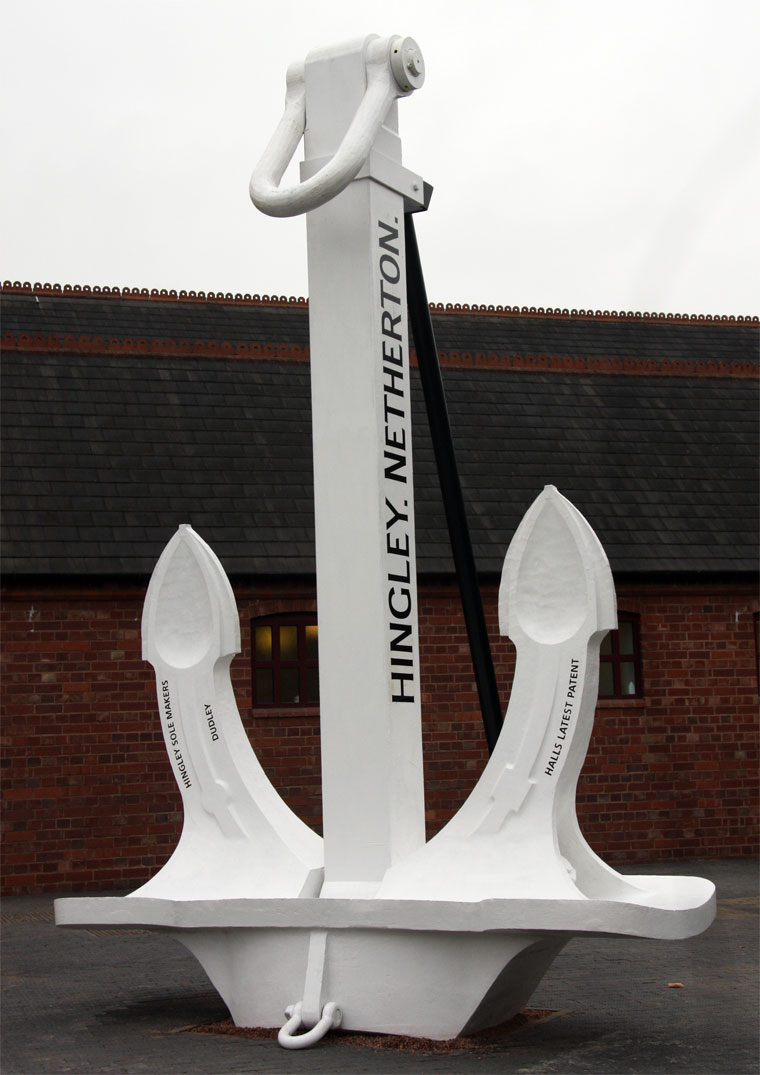 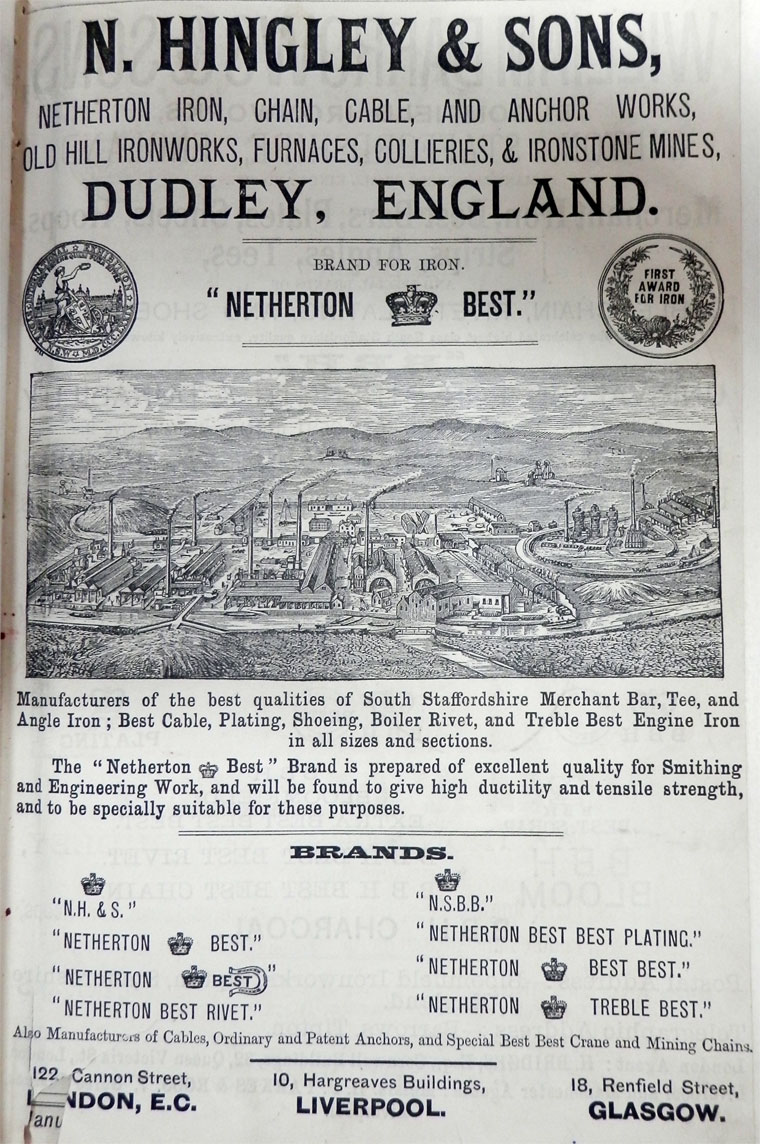 1955. Puddling pig iron. The first stage in the manufacture of wrought iron.[1] 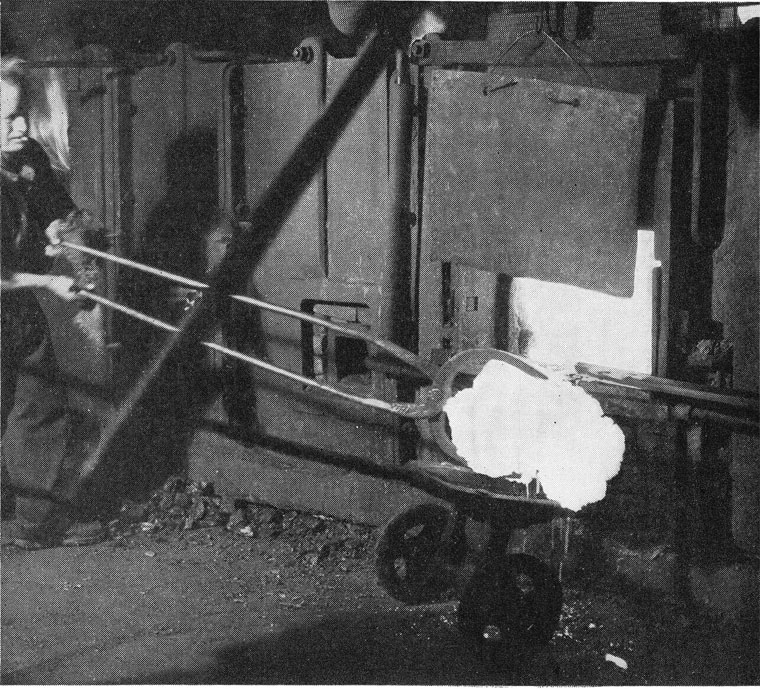 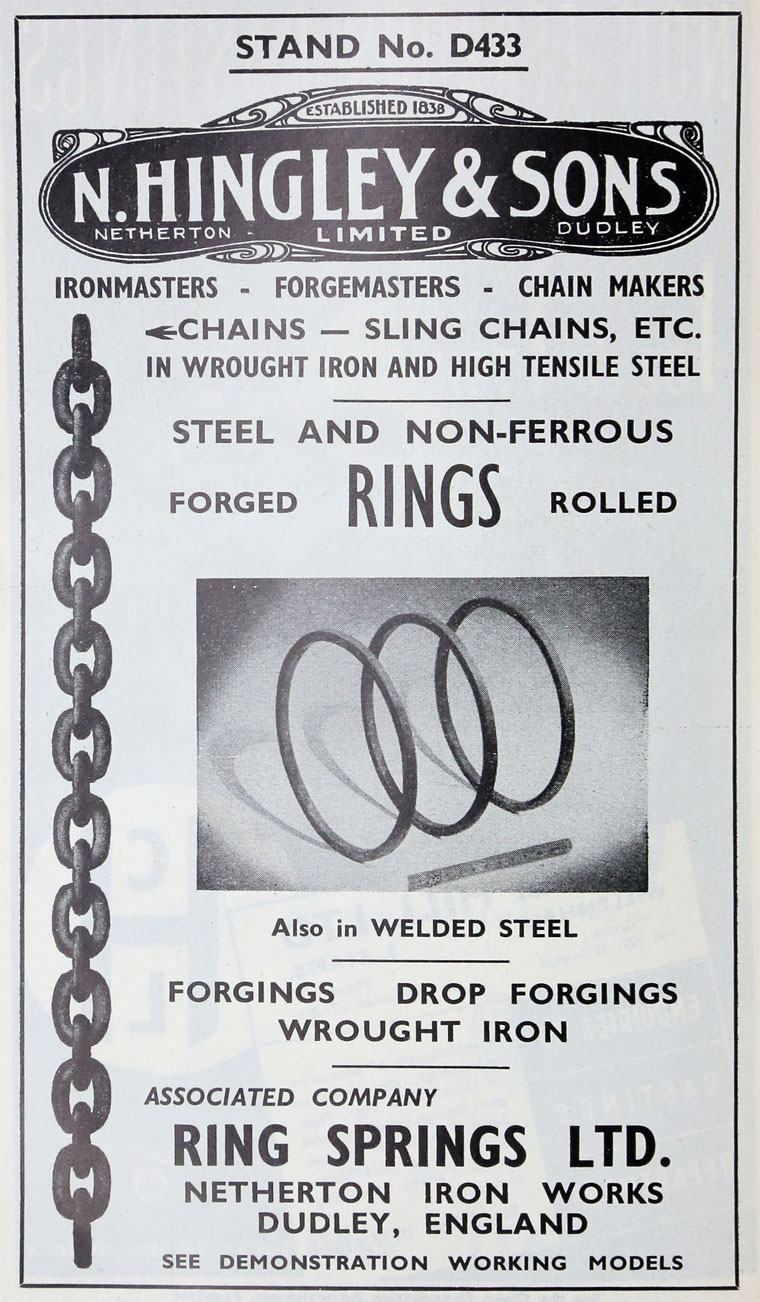 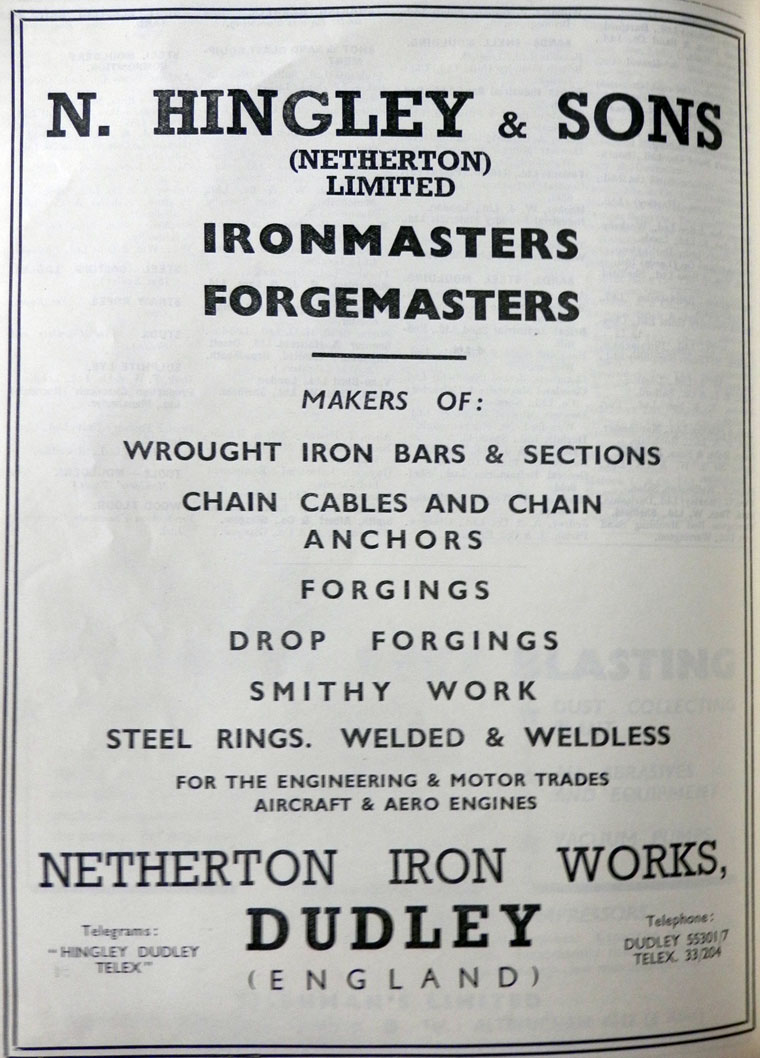 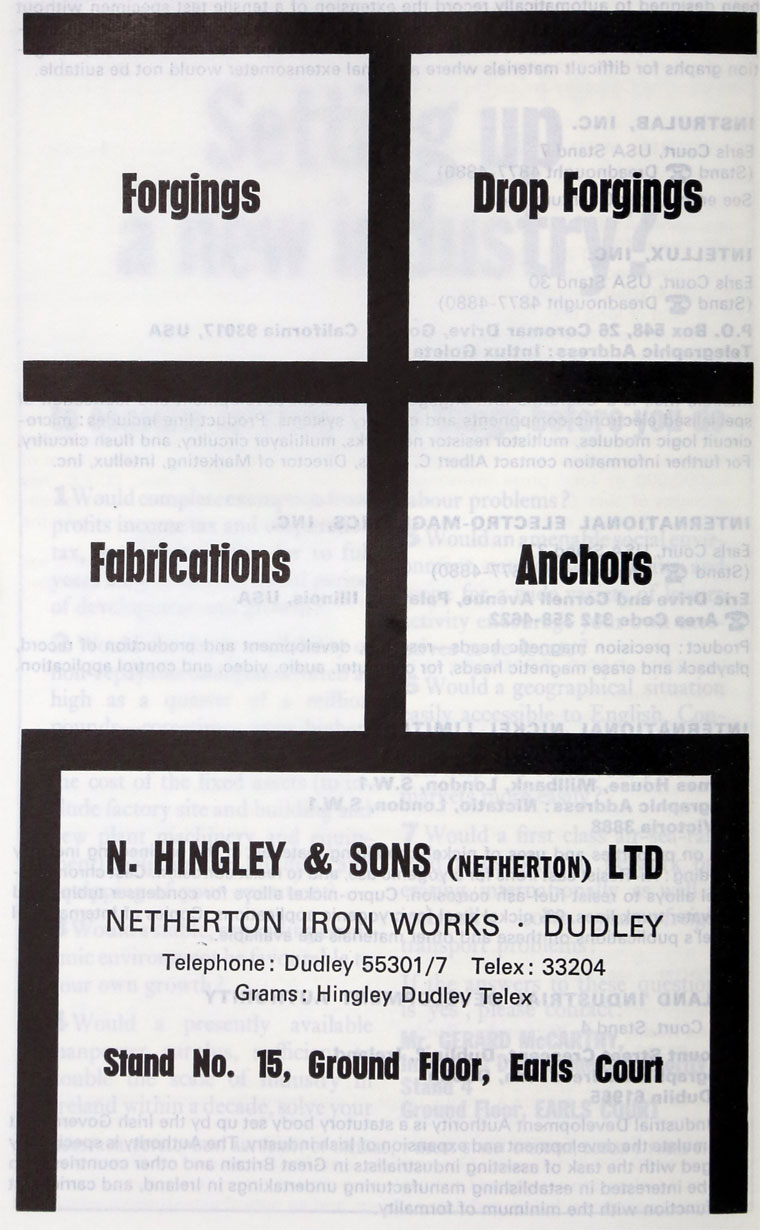 Noah Hingley and his father before him had been chain-makers in a small factory on the banks of the Stour.

1838 Hingley attempted to make anchors but he was not immediately successful. For the first few years no anchors weighing more than 20 cwt. were forged

1848 Thanks to the introduction of the Nasmyth hammer, forgings weighing 74 cwt. were successfully turned out, enabling production of larger-sized anchors, followed by the supply of complete outfits of anchor and chain.

1865 Benjamin Hingley took over management of the firm

1890 The company was registered as a limited company on 9 September, to acquire the business of the firm of the same name. This was one of the family's partnerships - the other subsequently became Hart Hill Iron Co[6].

1894 The company took over the goodwill and trade-marks of the New British Iron Co. [8]

1907 Cyril Edward Lloyd joined the board of the company[10]

1914 Ironmasters, Chain and Anchor Manufacturers. Production of South Staffordshire Wrought Iron Bars including "Marked Bars" and the "Netherton" Brand. Manufacture of large Cables and Anchors for all the leading Steamship Lines and Navies of the world.[12]

By the beginning of WWI the Black Country chain makers had a virtual monopoly of the world market in ships' cables.

1927 Also see Aberconway for information on the company and its history.

1948 Public issue of shares[14]. 24 subsidiary and sub-subsidiary companies. The business was engaged in:

1955 Purchased John Bagnall and Sons from the Iron and Steel Holdings and Realisation Agency.

1960 Cyril Edward Lloyd retired from the board

1963 Death of Cyril Lloyd, age 86, who been joined the company more than 50 years before and had risen to be chairman. He was a descendant of the Lloyds banking family, and also contributed his experience in later life to F. H. Lloyd and Co which was run by relatives[16].

1964 Some parts of the business were trading satisfactorily but the Samuel Taylor subsidiary was making serious losses; almost all of the chain making activities would be concentrated in a reconstituted company. Transferred the general engineering and marine deck equipment activities of R. C. Gibbins and Co and Welin-Maclachlan Davits to the Grazebrook Group. The main subsidiaries were[17]:

1970/71 F. H. Lloyd was reconstructed as a holding company; Hingley's (renamed F. H. Lloyd?) became one of its principal subsidiaries through which various of the old Hingley subsidiaries (and some other businesses) were controlled[20].