Access for taking photograph kindly provided by the landowner

The arched members are impressively thick

A real challenge for the draughtsmen, patternmakers, and moulders 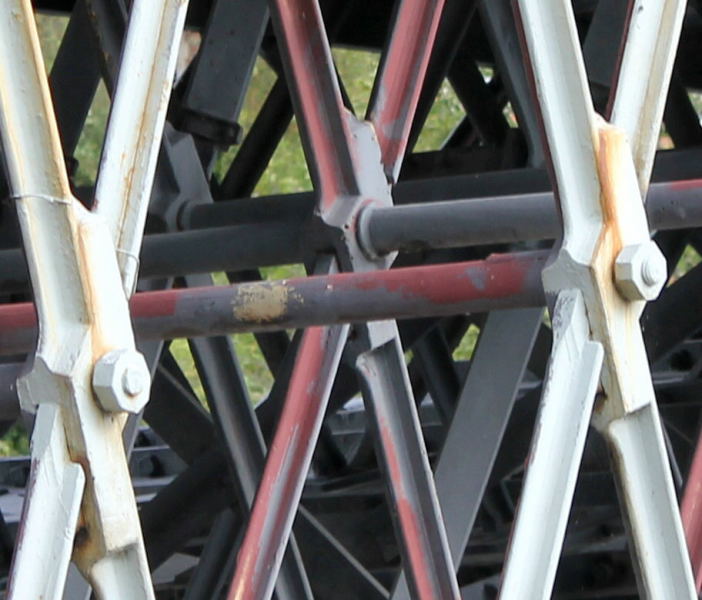 Some of the braces in the background have been repaired by encasing in steel. Note also the nuts on the tie bars, having 8 sides instead of the usual 4 or 6 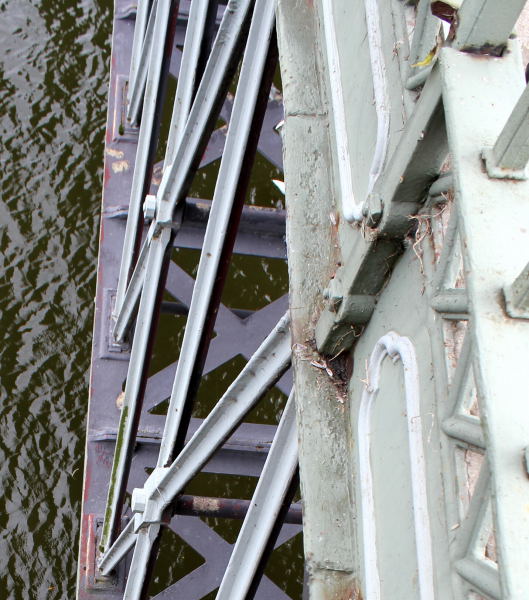 Showing how the diagonal braces are embedded in bosses on top of the arched members. The 'picture frame' surrounding the bosses is part of the floor plate casting

Crossing the River Severn at Tewkesbury.

This impressive 1825 bridge suffers from the lack of a good public vantage point from which to appreciate its elegant design.

Thomas Telford was contracted to produce the design for the bridge and considered the result to be rather special.

1826 May 12th. Opened to road traffic. The main span is made up of six cast iron arch ribs, each made in eight segments of five X-braced panels. The spandrels have open cross-bracing too. The deck is made of cast iron flange plates with solid panel ballast plates. The bridge is 7.3m wide between parapets. A miniature toll-house stands on the eastern approach; on the west, an embankment and extended masonry abutments, pierced by narrow arches to lessen resistance against flood water.

1992 Strengthening work was carried out.