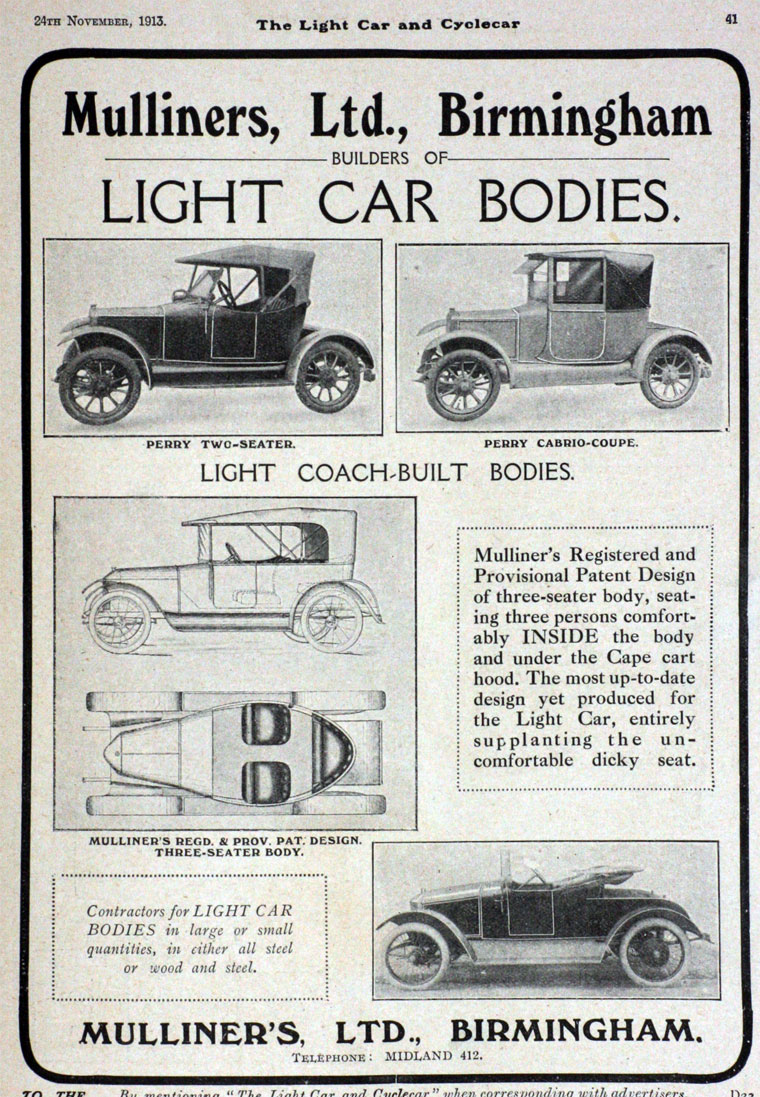 October 1931. Body by Mulliners on a Humber Snipe chassis.

1896 Mulliners of Birmingham showed a carriage frame for a Daimler motor chassis at the 1896 Motor Show. [1] Herbert H. Mulliner was a director.

1908 The Motor Show featured separate stands for English-built and French-built Lorraine Dietrich cars[2]. The English-built machines were made in Birmingham. One had a specially-designed Mulliner cabriolet body; the other had an entirely enclosed carriage body by Salmons and Sons[3].

Post-WWII The Alvis: TA 14 was available as a four door Saloon by Mulliners of Birmingham, who also supplied bodies for other Alvis cars.

c.1955 Mulliners was increasingly coming under the control of Standard Motor Co and the body supply for Alvis was becoming more difficult.

1960 Having laid off 750 workers, Standard Triumph International announced the closure of the Mulliners factory in Birmingham with the work distributed elsewhere in the group[12]