Grace's Guide is the leading source of historical information on industry and manufacturing in Britain. This web publication contains 144,350 pages of information and 230,176 images on early companies, their products and the people who designed and built them. 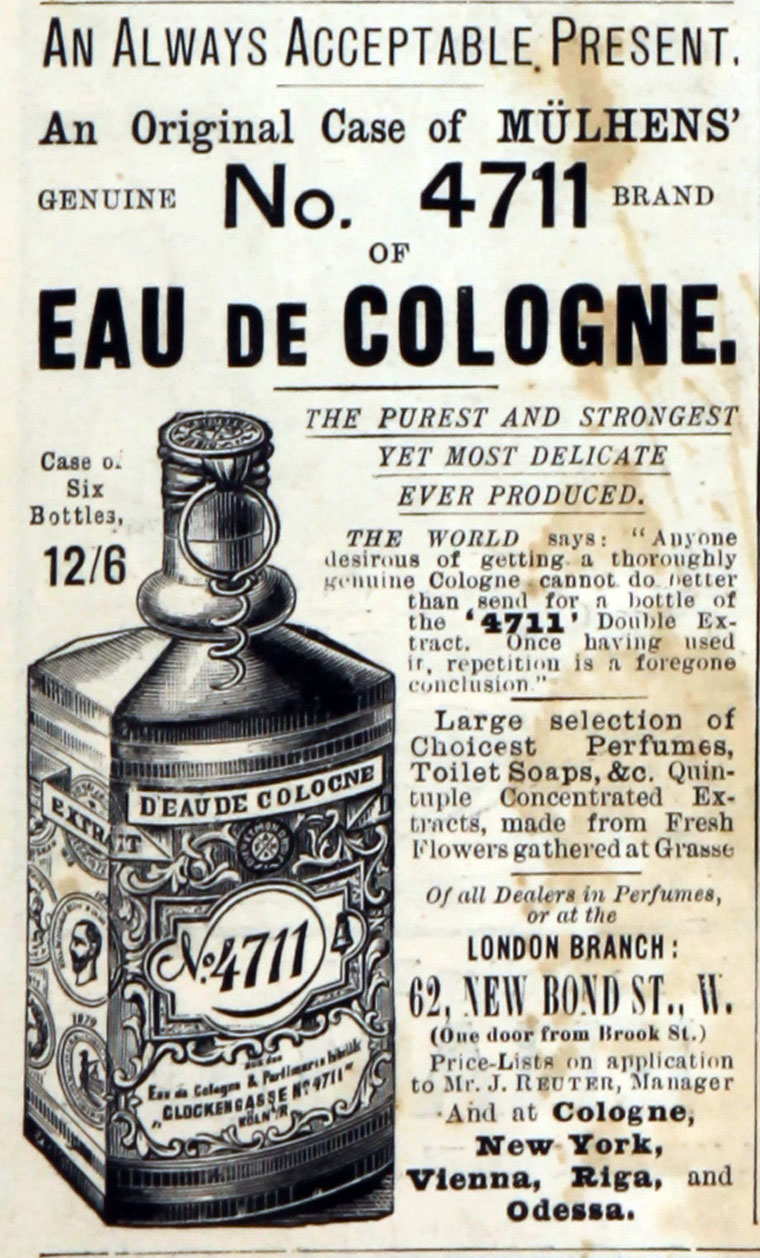 Producers of the 4711 Eau de Cologne.

Johann Maria Farina, a descendant of Jean-Paul, sold the formula for the cologne to perfumer, Wilhelm Mulhens.

1792 Under contract, Mülhens opened a small factory at Cologne's Klöckergasse and began manufacturing his own version of the fragrance.

1881 The grandson of Wilhelm Mülhens, Ferdinand Mülhens, was ordered by a court not to use the company name Farina ever again. He then chose his house number, 4711, as a name for his brand and company.

In later years, and under pressure from court battles with the Farina's who produced the original Eau de Cologne, his grandson Ferdinand Mülhens chose a new name for the firm and their product.

1994 The Mülhens family sold their company to the German Wella Corporation.

Since 1997, the cosmetics activities of Wella AG have operated under the name Cosmopolitan Cosmetics GmbH, but the name Mülhens GmbH & Co. KG is still used.

2003, Wella AG was taken over by American cosmetics giant Procter and Gamble.

2006 In the summer, Procter and Gamble announced its intention of selling its "local" brand 4711, along with three other former Muehlens brands, in an effort to focus its portfolio on "global" brands.

2006 In December 2006 the brand rights and the famous Klöckergasse building had been sold to the perfume company Mäurer and Wirtz of Aachen, a subsidiary of the Dalli Group.

The original Eau de Cologne is still produced in Cologne by both the Farina family, currently in the eighth generation, and by Mäurer and Wirtz.