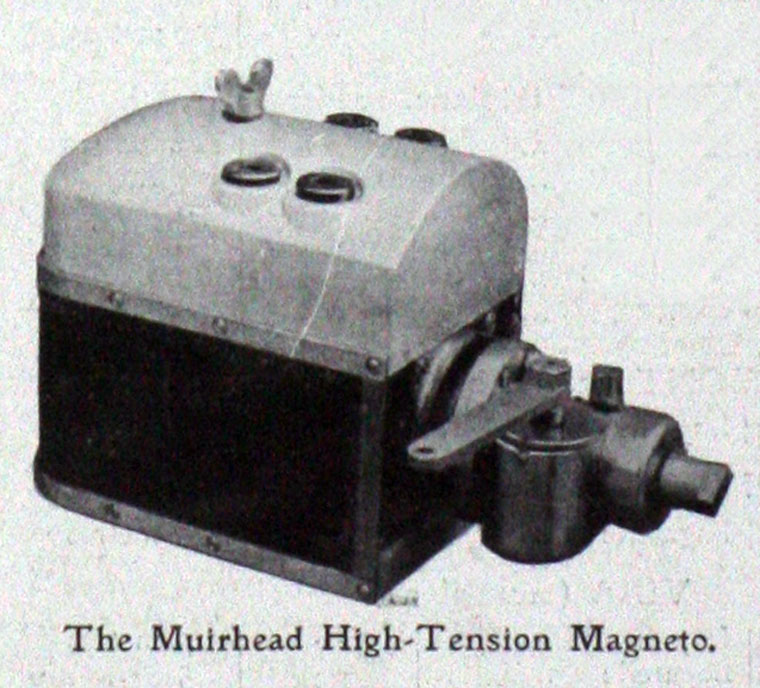 Muirhead and Company, of Beckenham, electrical and mechanical engineers.

1910 Exhibited at the Physical Society's Exhibition[1]

1911 Exhibited electromagnetic rectifiers for converting ac into dc and the automatic transformer switch which only supplies power when a light is switched on[2].

1961 Manufacturers of precision electrical instruments and condensers. Specialised in picture telegraph, measuring and testing equipment for the electrical and communication industries.

1964 Company reported an "era of opportunity" although Addison's results were disappointing but expected would improve with pick-up in cable industry[5].

1985 Maker of facsimile machines and electronic components, especially for the defence industry; received bid from RHP[9], which was soon successful.