1896. F. R. Simms and Charles Harrington Moore of the Motor Car Club in the Daimler Carriage. 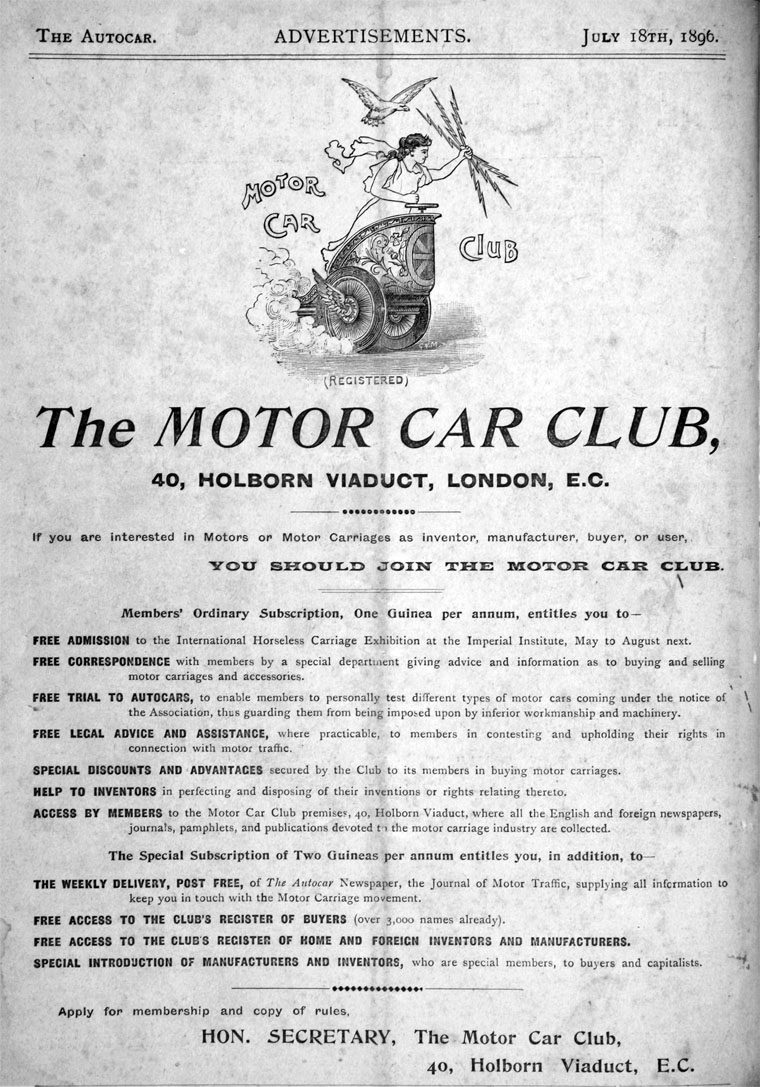 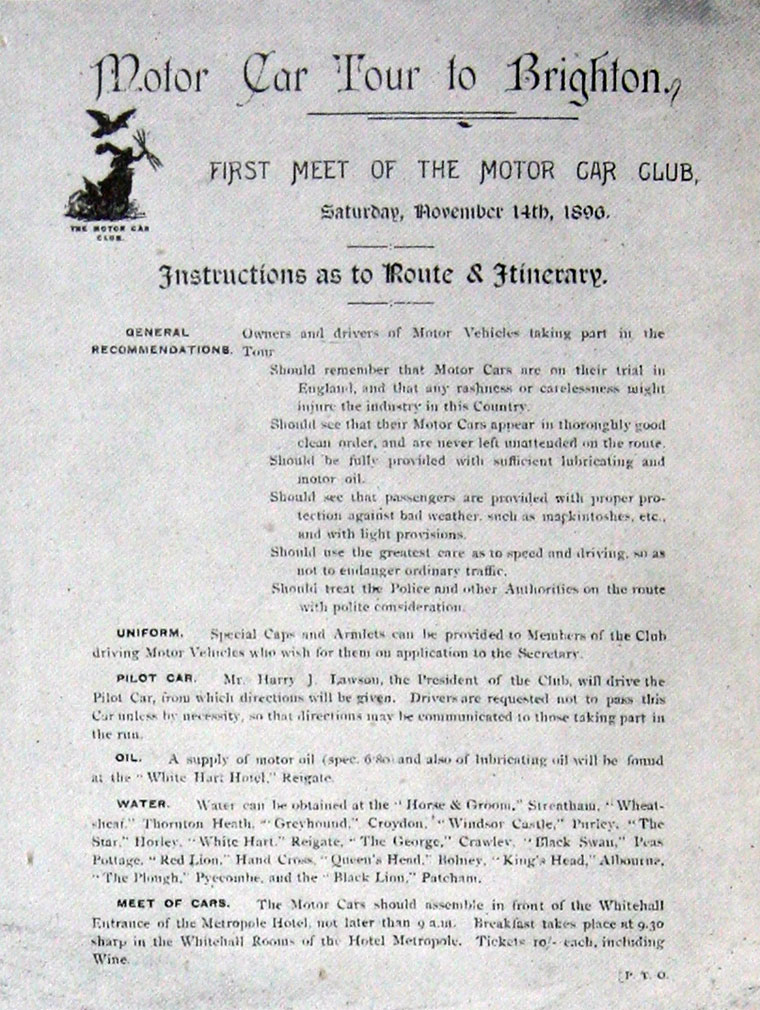 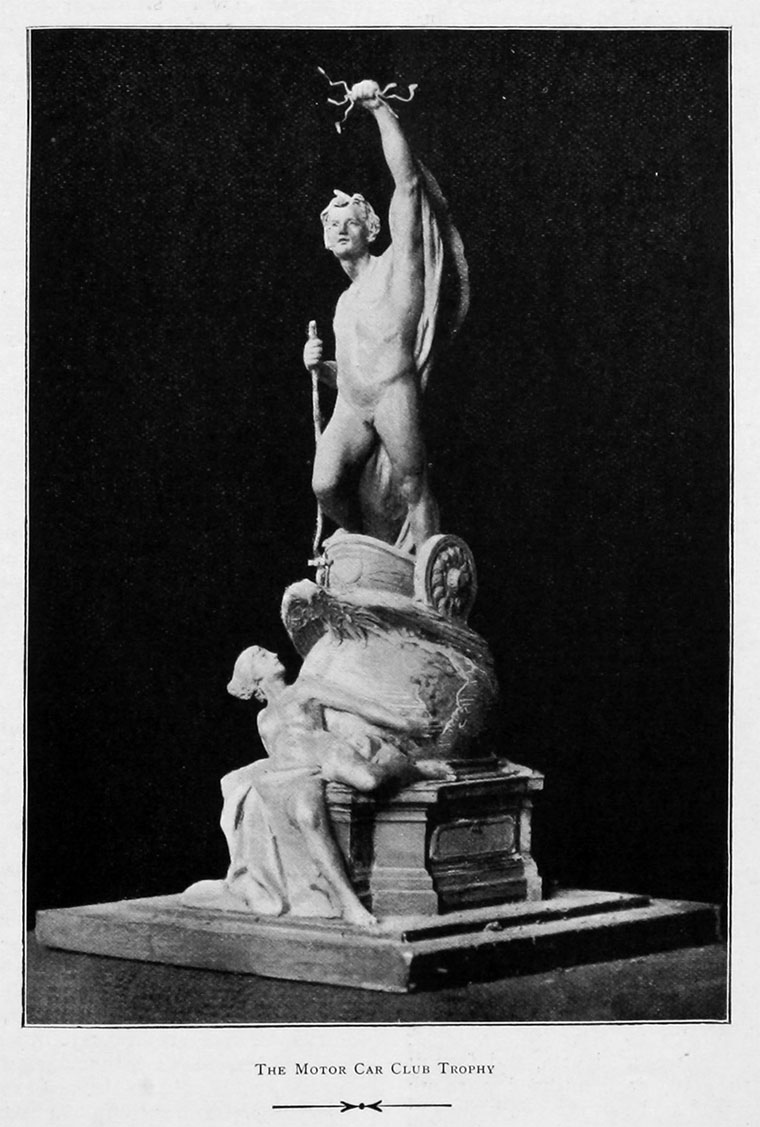 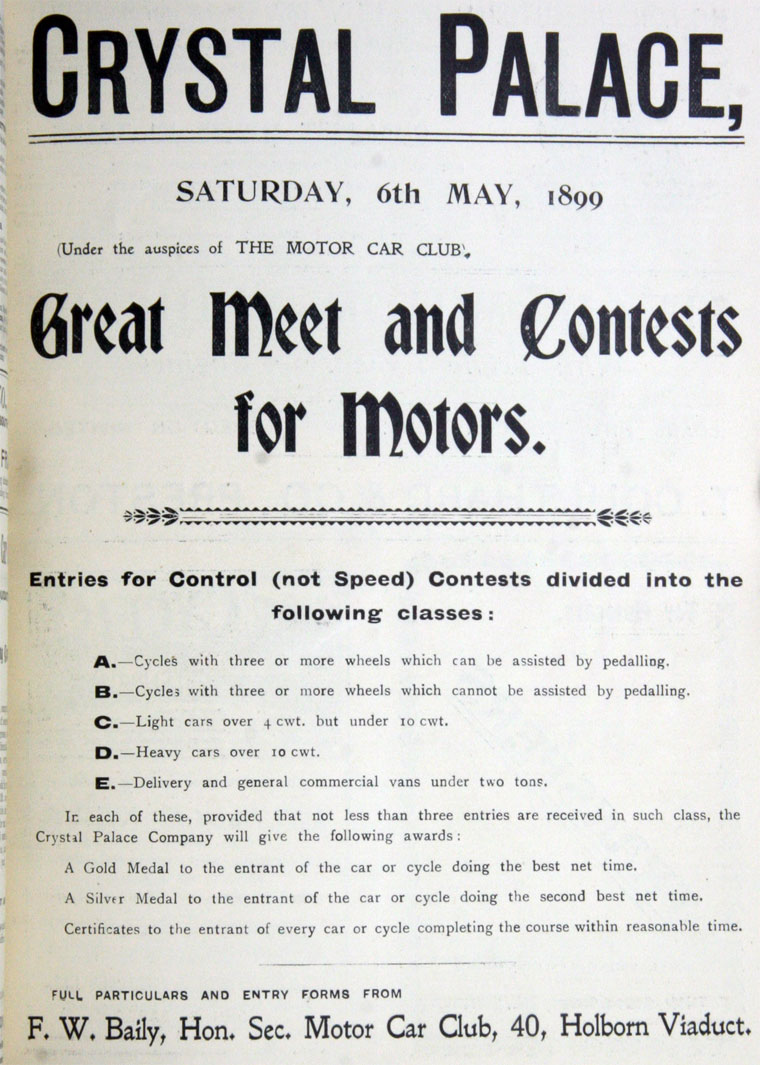 Frederick Simms announced the formation of the club in February 1896. The secretary was Charles Harrington Moore.

1896 November 14th. Organised the 1896 London-Brighton Run to celebrate the coming in to operation of the 1896 Locomotives on Highways Act

1896 December. Organised a run from Whitehall Place to Richmond and around forty horseless carriages took part