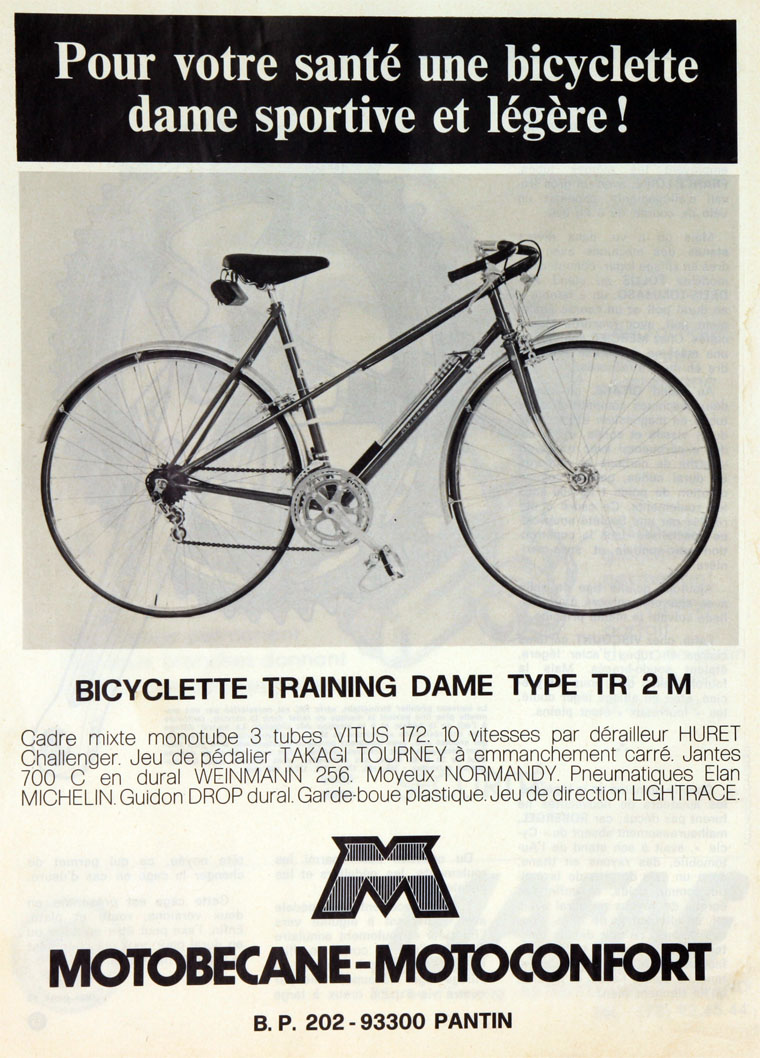 Motobécane was a French manufacturer of bicycles, mopeds, motorcycles, and other small vehicles, established in 1923. "Motobécane" is a compound word made up of two colloquialisms stuck together. "Moto" is a slang word for motorcycle; "bécane" is slang for "bike."

In 1981, Motobécane filed for bankruptcy, and was subsequently purchased by Yamaha and reformed in 1984 as MBK; the French company continues to make motorscooters, and has no relation to Motobécane USA, which imports bicycles from Taiwan and China, manufactured to their specification under the Motobécane trademark.

After the Second World War they produced the popular single cylinder D45 motorbike that filled a need for cheap transportation. The successor to the D45 was the Z46, equipped with modern suspension. Like many European motorcycle manufacturers, the 1960s proved to be difficult times for Motobécane as cars became affordable for the average person. As a result, motorcycle sales decreased. The arrival of cheap, efficient Japanese motorcycles also hurt the company's sales. They continued to produce two-cylinder 125cc motorcycles throughout the 1970s. They also manufactured a small number of two-stroke, three-cylinder 350cc and 500cc bikes.

For a time in the late 1970s and early 1980s, the company competed in Grand Prix motorcycle racing claiming several victories in the 125cc class and finishing second in the 1980 125cc road racing world championship.