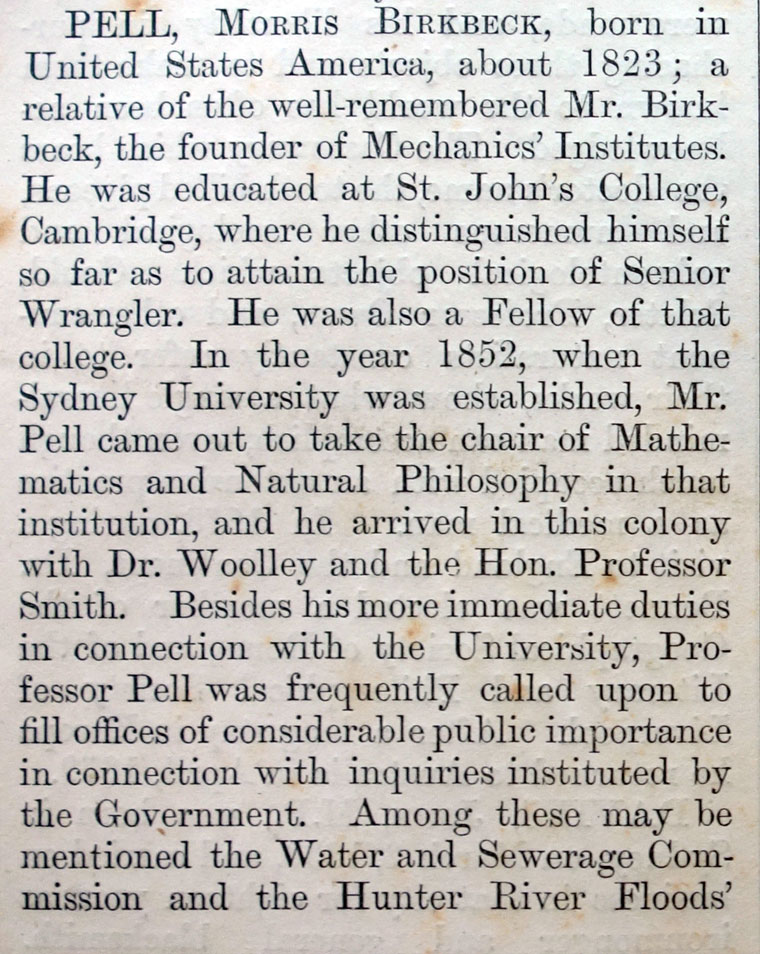 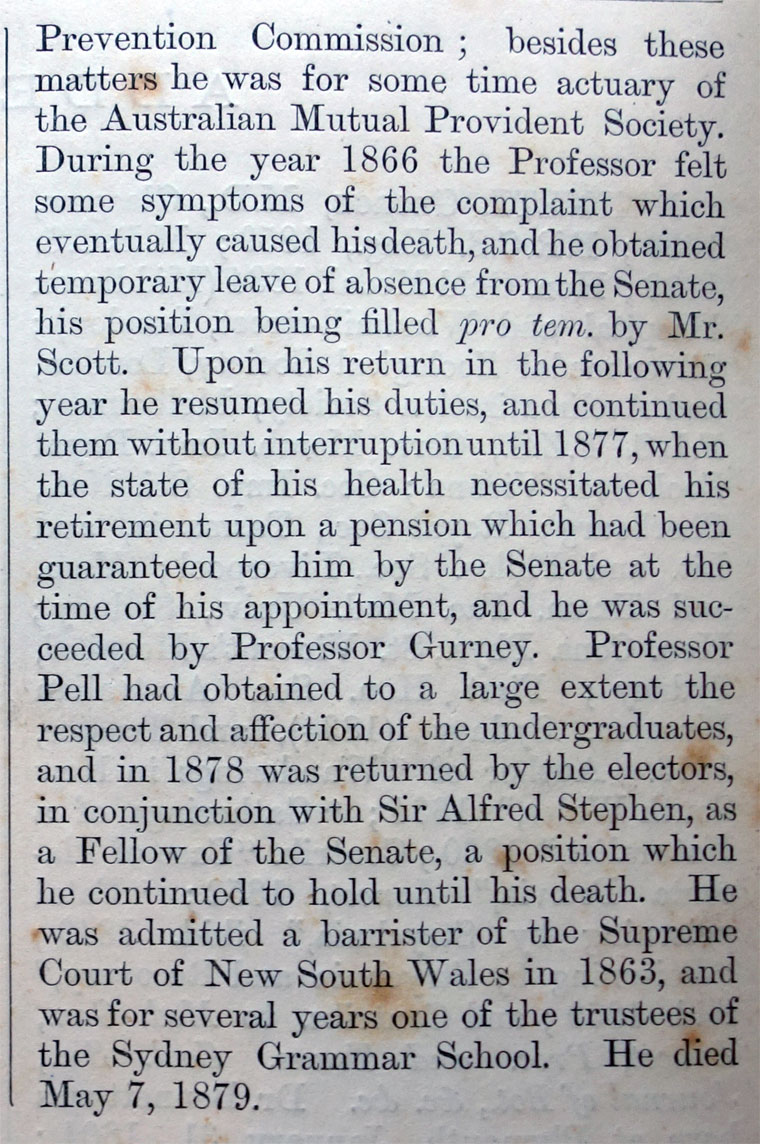 PELL, MORRIS BIRKBECK, born in United States America, about 1823; a relative of the well-remembered Mr. Birkbeck, the founder of Mechanics' Institutes. He was educated at St. John's College, Cambridge, where he distinguished himself so far as to attain the position of Senior Wrangler. He was also a Fellow of that college.

In the year 1852, when the Sydney University was established, Mr. Pell came out to take the chair of Mathematics and Natural Philosophy in that institution, and he arrived in this colony with Dr. Woolley and the Hon. Professor Smith. Besides his more immediate duties in connection with the University, Professor Pell was frequently called upon to fill offices of considerable public importance in connection with inquiries instituted by the Government. Among these may be mentioned the Water and Sewerage Commission and the Hunter River Floods' Prevention Commission; besides these matters he was for some time actuary of the Australian Mutual Provident Society.

During the year 1866 the Professor felt some symptoms of the complaint which eventually caused his death, and he obtained temporary leave of absence from the Senate, his position being filled pro tern. by Mr. Scott.

Upon his return in the following year he resumed his duties, and continued them without interruption until 1877, when the state of his health necessitated his retirement upon a pension which had been guaranteed to him by the Senate at the time of his appointment, and he was succeeded by Professor Gurney.

Professor Pell had obtained to a large extent the respect and affection of the undergraduates, and in 1878 was returned by the electors, in conjunction with Sir Alfred Stephen, as a Fellow of the Senate, a position which he continued to hold until his death. He was admitted a barrister of the Supreme Court of New South Wales in 1863, and was for several years one of the trustees of the Sydney Grammar School.