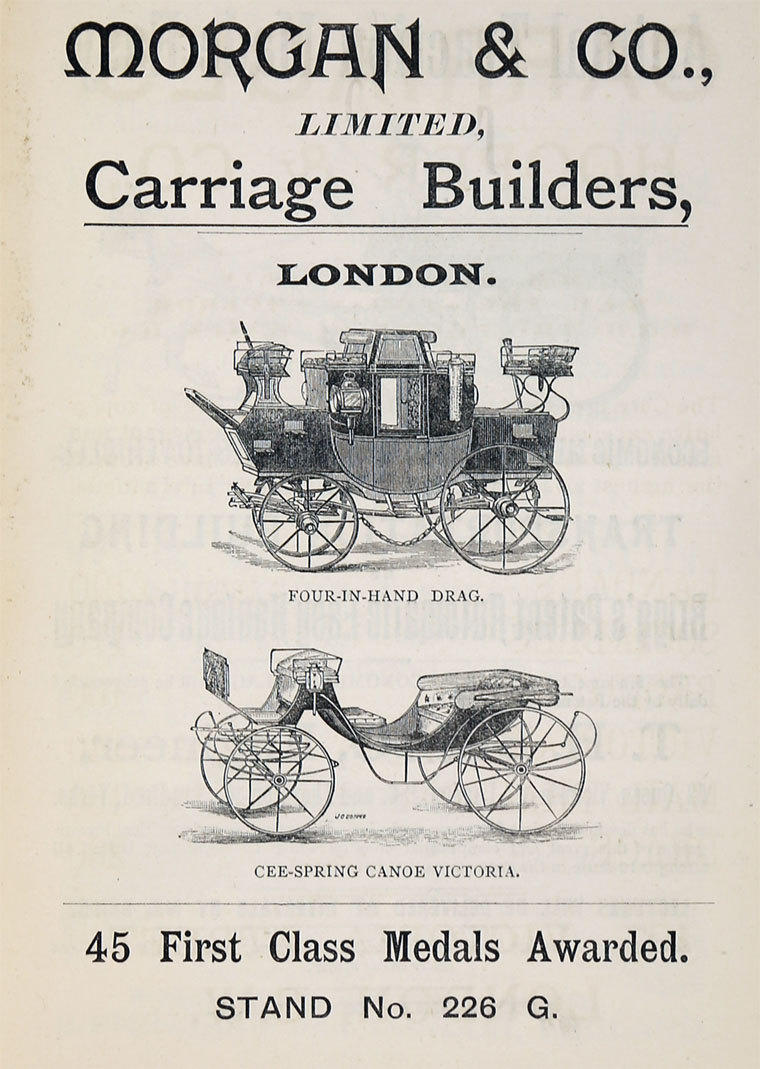 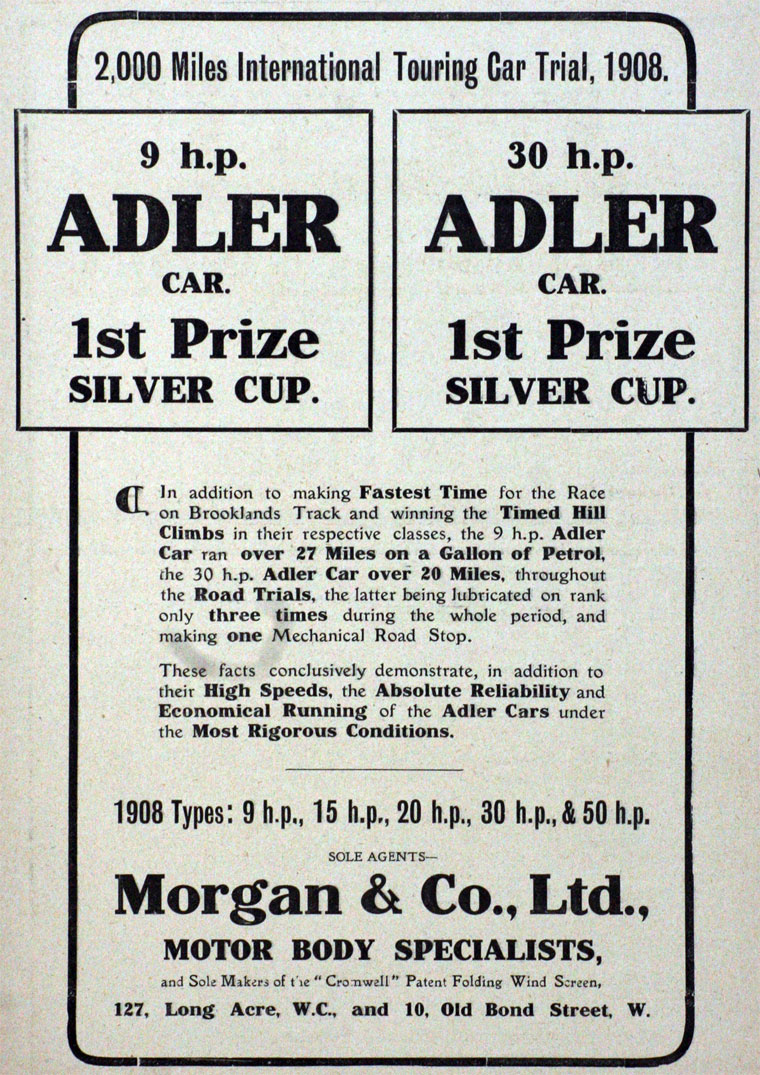 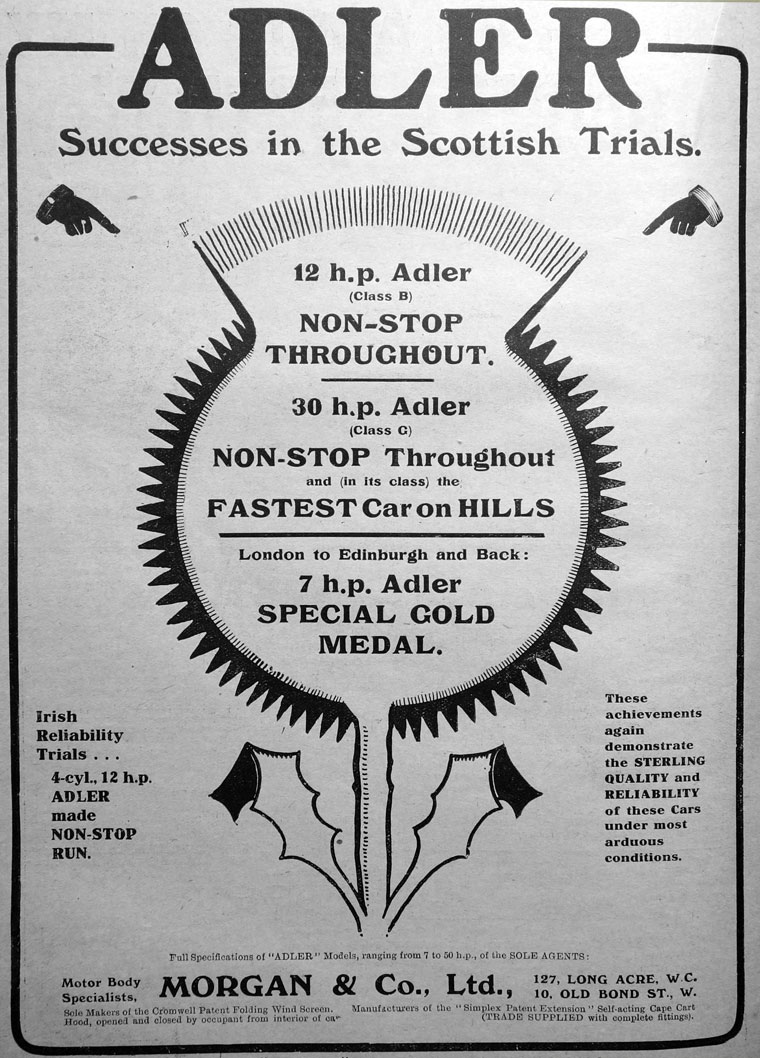 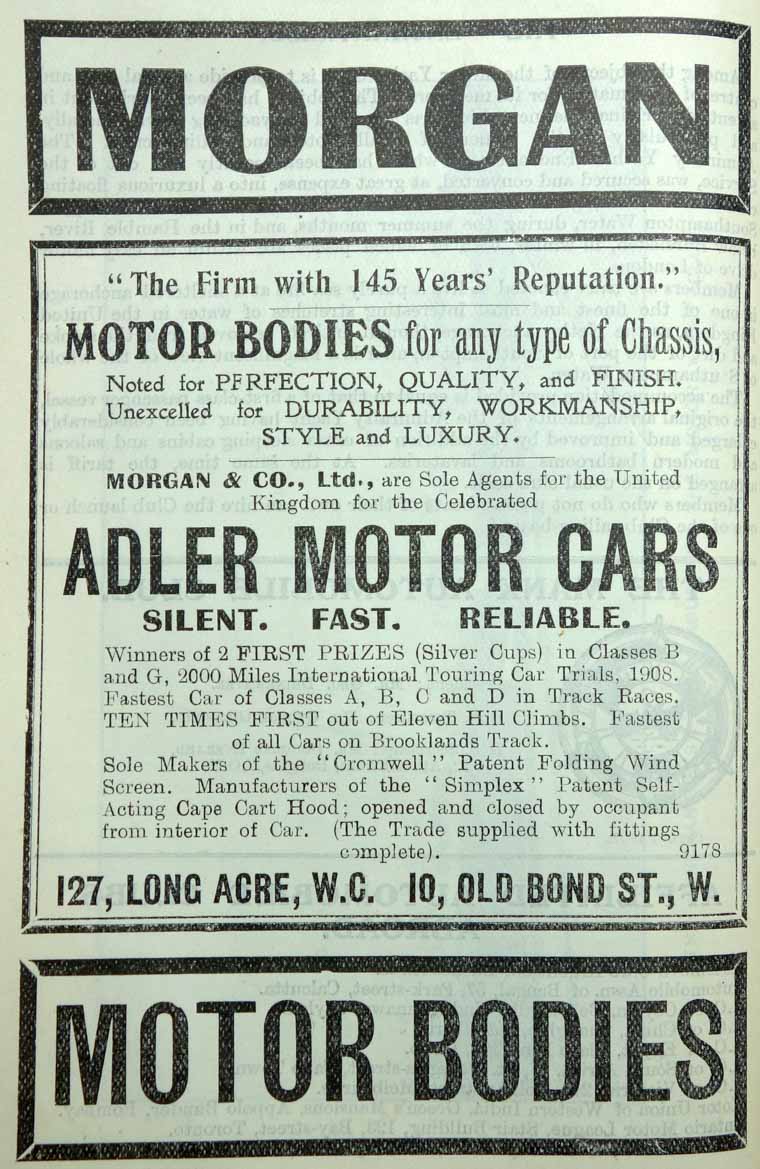 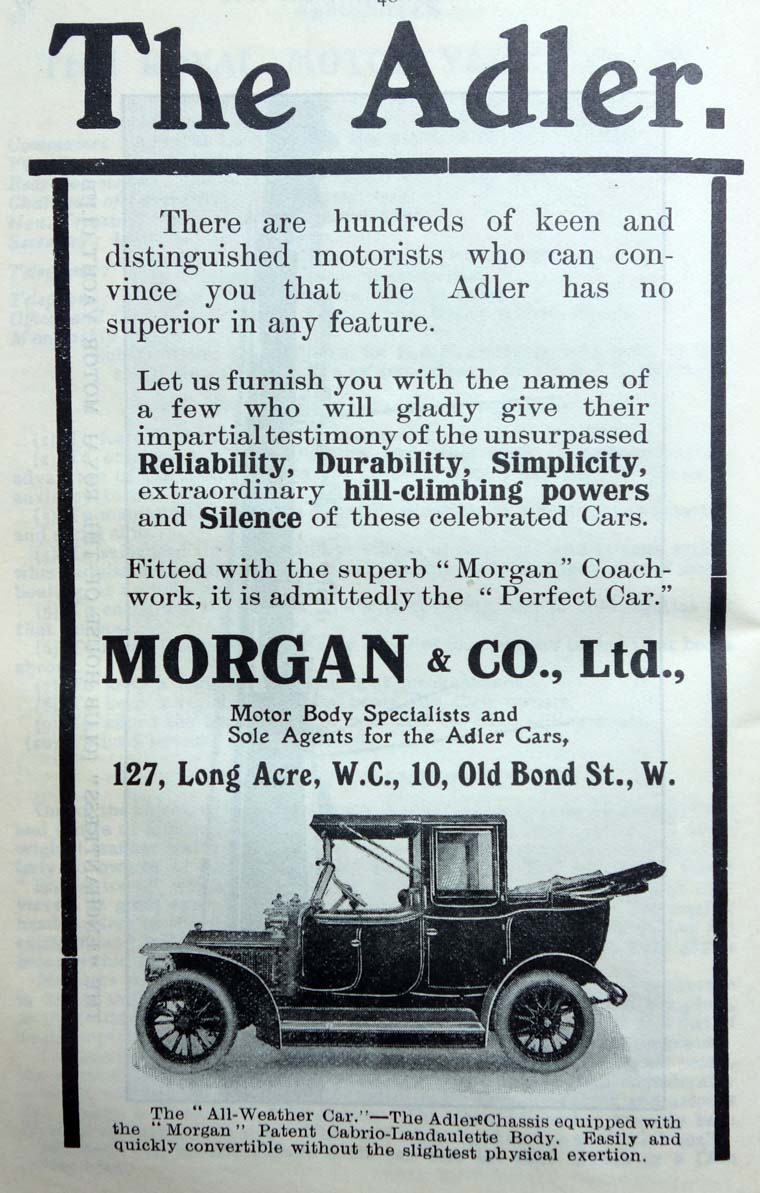 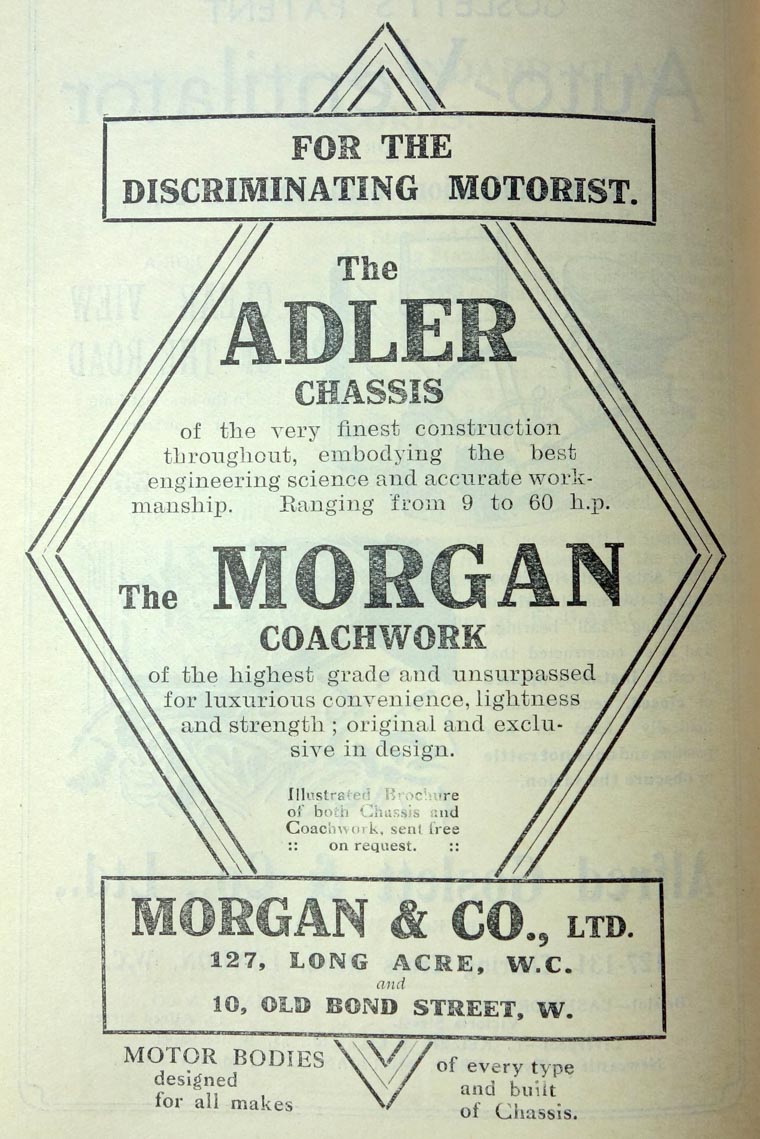 1885 The company was registered on 30 October, and has acquired the businesses of carriage builders of Morgan and Co, of London, and other firms. [1]

c1903 Made bodies for the Vauxhall Ironworks Co

1905 December. Letter stating that the cars are 'All British' by Henry E. J. Edwards.[2] In later correspondence the refuse to state where these premises are or to allow a writer to view them.

WW1 Morgan and Co was a maker of aeroplanes. [3] The works was used to assemble Vickers Vimy two-engined bombers, Sopwith 1 1/2-Strutters, Airco D.H.6 and the and Avro 504K

1919 The company was taken out of liquidation by R. E. Jones Ltd