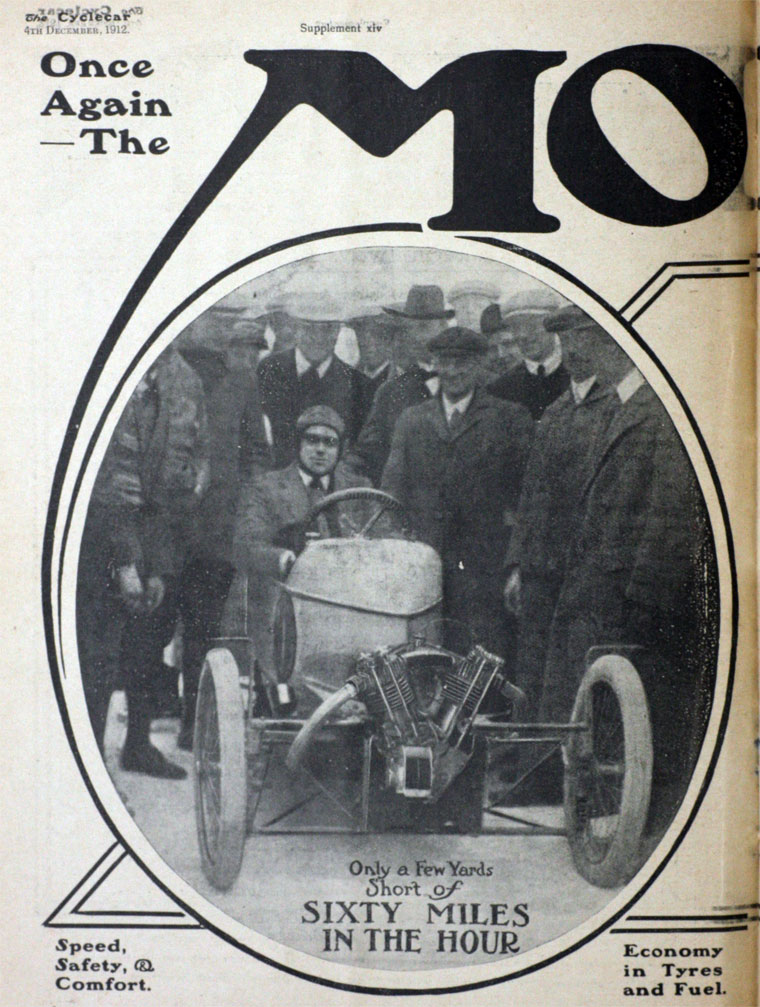 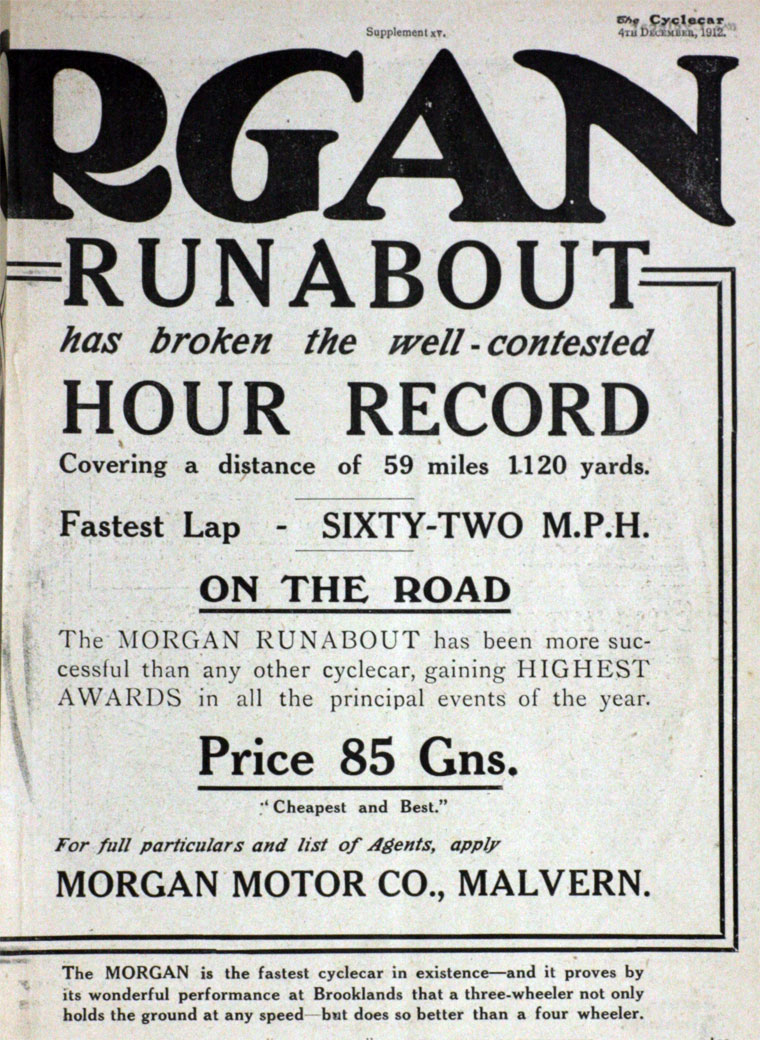 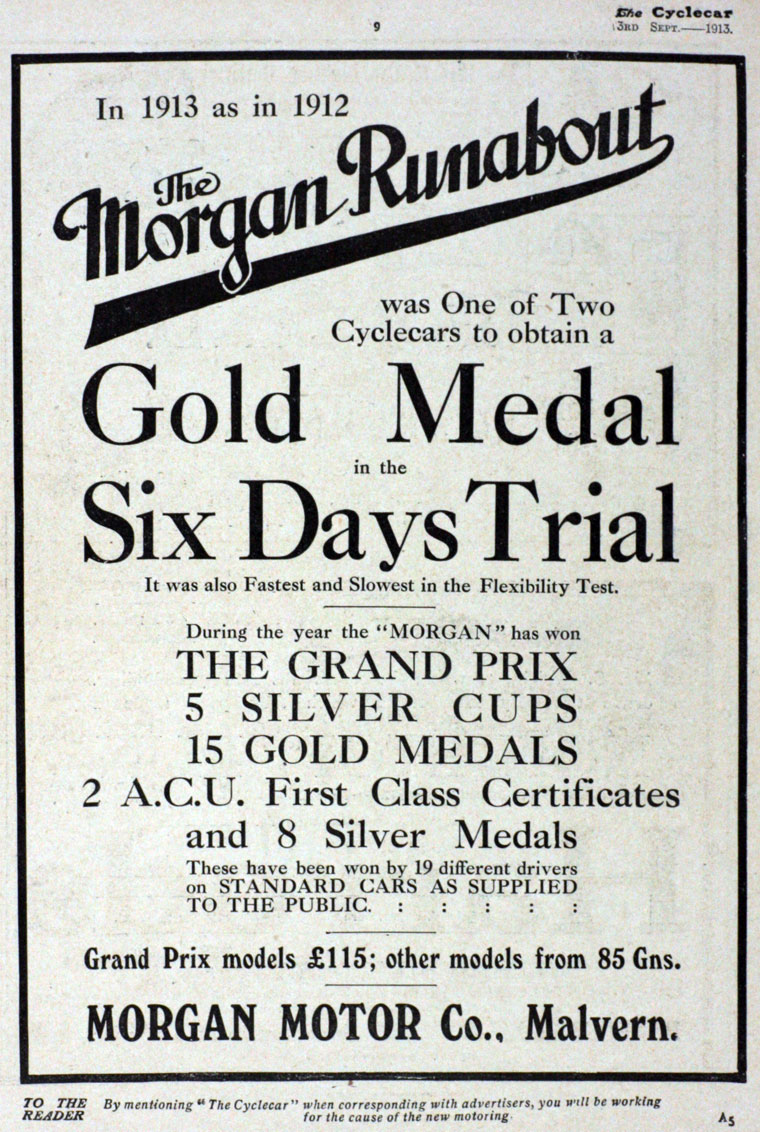 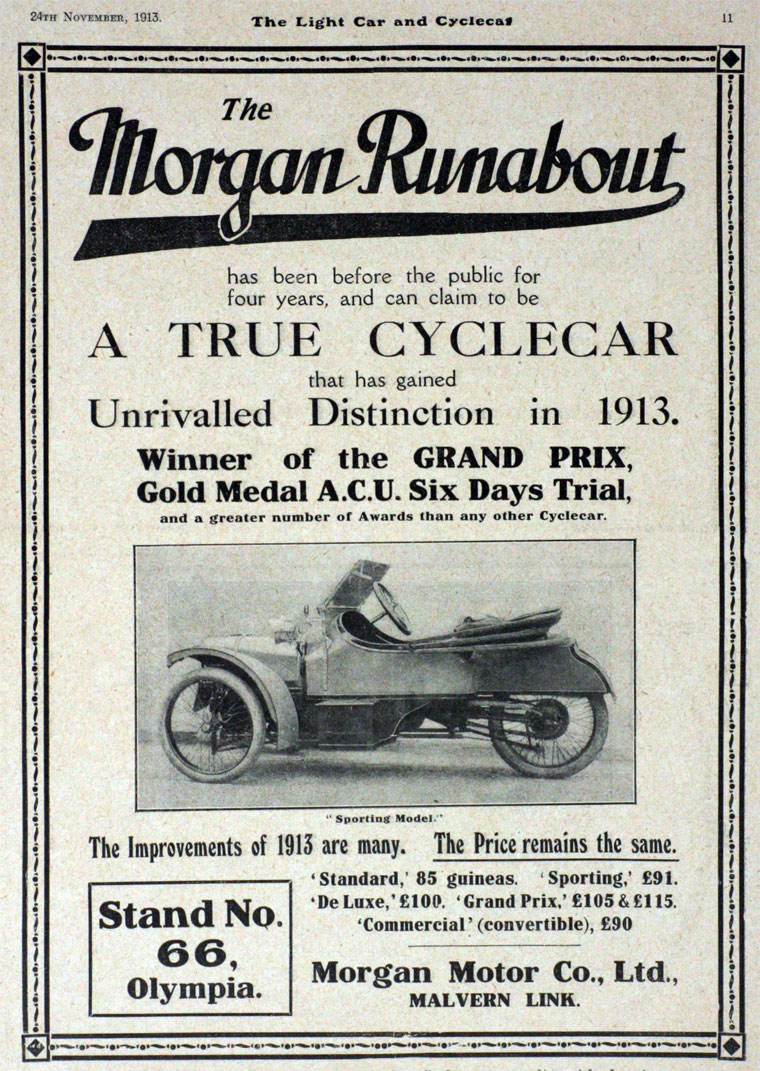 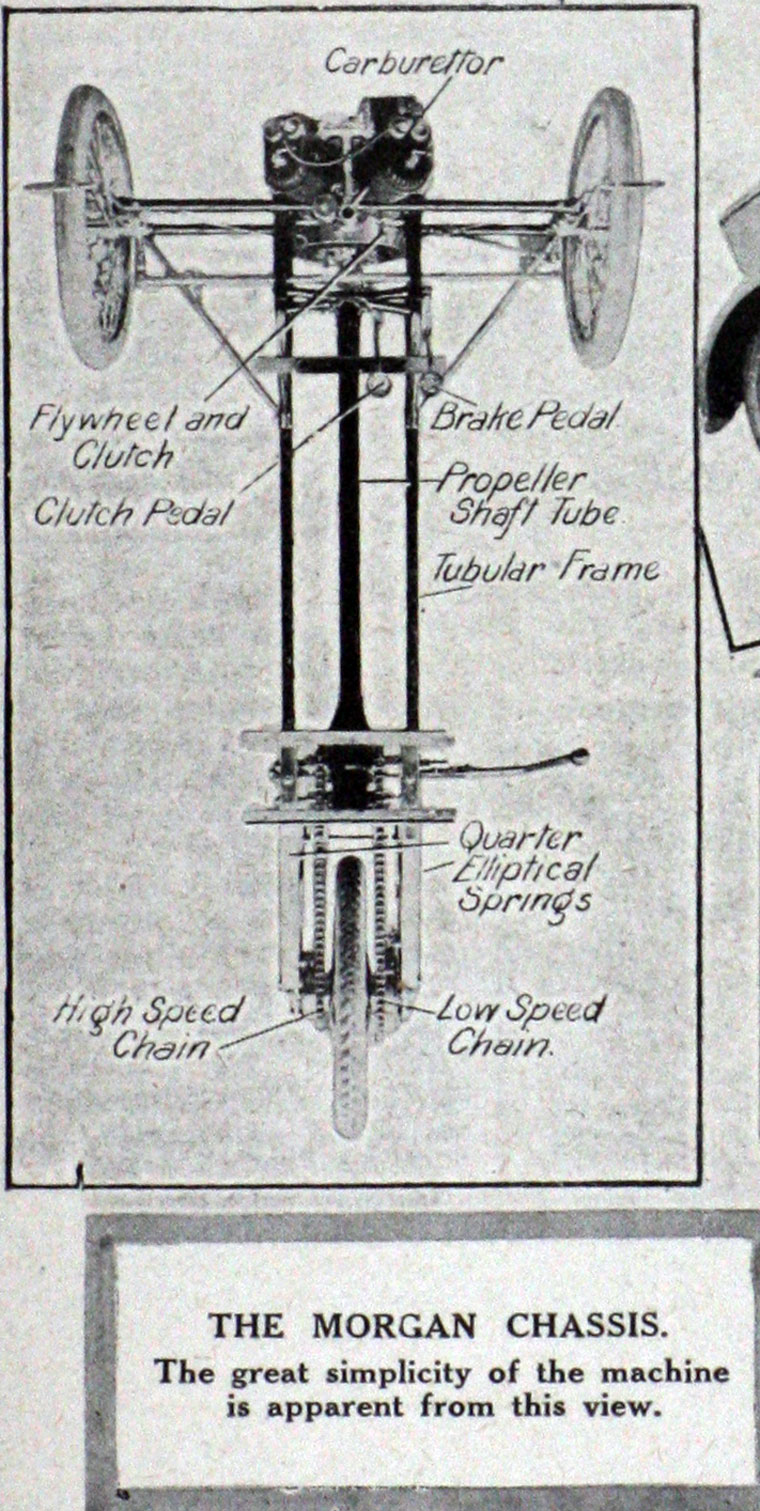 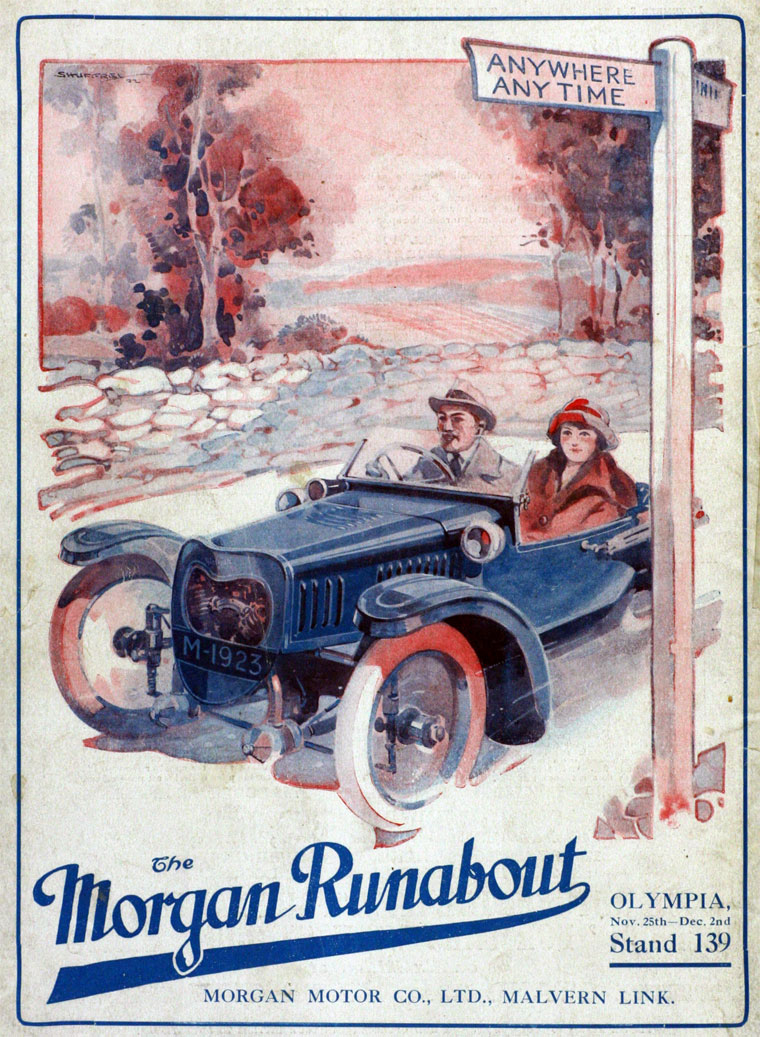 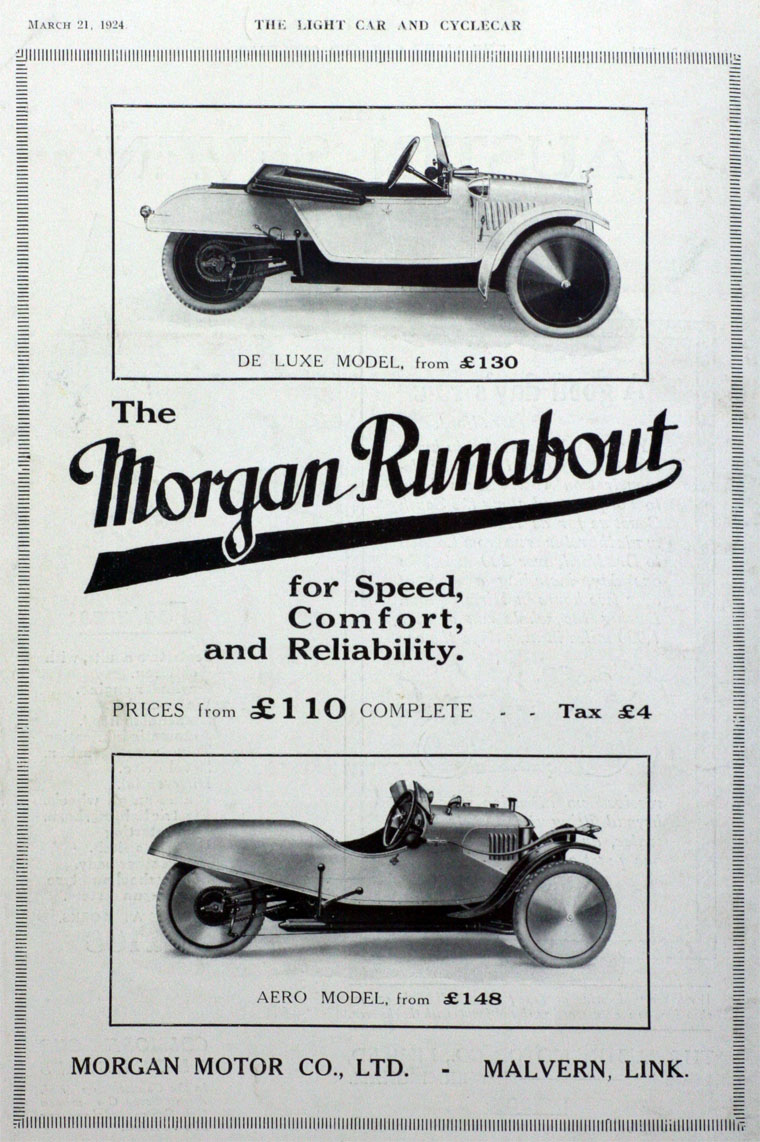 Note: This is a sub-section of Morgan Motor Co

Morgan's first car design was a single-seat three-wheeled runabout which was fabricated for his personal use in 1909. Interest in his runabout led him to patent his design and begin production. While he initially showed single-cylinder and twin-cylinder versions of his runabout at the 1911 Olympia Motor Exhibition, he was convinced at the exhibition that there would be greater demand for a two-seat model.

Morgan built his cars' reputation by entering them in competitions. One of his racing cars won the 1913 Cyclecar Grand Prix at Amiens in France. This became the basis for the Grand Prix model of 1913 to 1926, from which evolved the Aero, Super Sports, and Sports models.

These models used air-cooled or liquid-cooled variations of motorcycle engines. The engine was placed ahead of the axis of the front wheels in a chassis made of steel tubes brazed into cast lugs.

The V-Twin models were not returned to production after World War II.

Beginning in 1932, a new series of Morgan three-wheelers began with the F-4. The F-4, and its later siblings the F-2 and the F-Super, used a pressed-steel chassis and the four-cylinder Ford Sidevalve engine that was used in the Model Y. Production of the Ford-engined three-wheelers would continue until 1952.