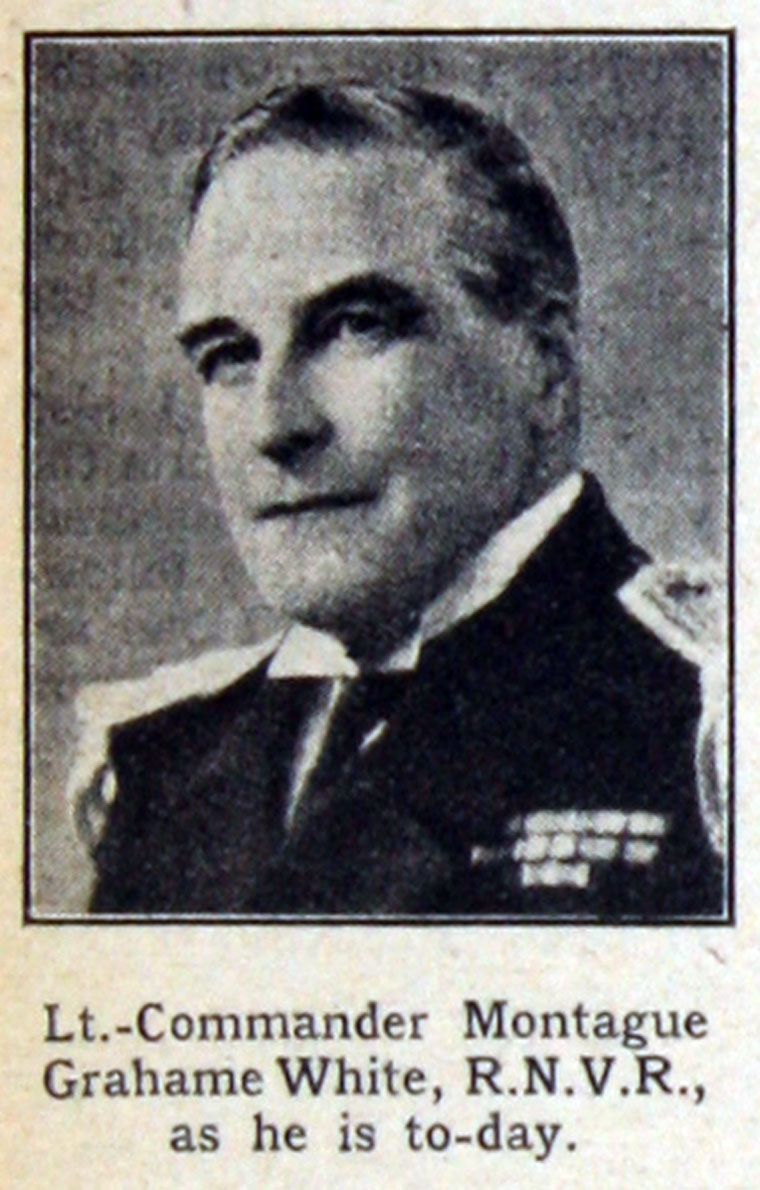 1904 'GRAHAM-WHITE, Montagu, A.C.G.B. & I., 119, Piccadilly, London, W.; c/o. King, Hamilton & Co., Calcutta. Cars: 7-h.p. and 40-h.p. Panhards, 90-h.p. Mors. Has driven approximately 50 miles per week since March, 1896. Hobby: Yachting. Owned the first and only 2-cylinder Bollee car which was ever imported into England. Joined the Daimler Company in 1898. Drove a Wolseley car in the 1902 Paris-Vienna race. Gave the late Count Zborowski some of his first lessons in motor driving at Coventry. Owned the first 4-cylinder petrol launch put on the Thames (1898)?. Owns the "MiLadye" — one of the fastest pleasure steam launches on the Thames, and has experimented extensively with petrol engines and triple-expansion steam-engined launches on the Thames. Is having built for the Cowes week a 45-ton, twin-screw launch, with two 6-cylinder, 90-h.p. engines. Was the first to introduce large cars into India at the Delhi Durbar, where he acted as A.D.C. to the Maharajah of Cooch Behar. Clubs: Royal Temple Yacht, Yacht (Bombay), Old Bedfordians', A.C.G.B.&I.'[4]

1943 Theft of his sporting trophies from his home at Mill House, Marlowe. Later found buried in the garden.[5]

1944 Letter to The Times newspaper concerning 'Rule of the Road' addressed from the Guild of Master Motorists.[6]

1961 Obituary. Founder of the Automobile Club and of the Guild of Master Motorists. Former secretary of the Circle of 19th Century Motorists. A keen yachtsman and wrote 'At the Wheel, Ashore and Afloat'. [7]