Grace's Guide is the leading source of historical information on industry and manufacturing in Britain. This web publication contains 147,971 pages of information and 233,612 images on early companies, their products and the people who designed and built them. 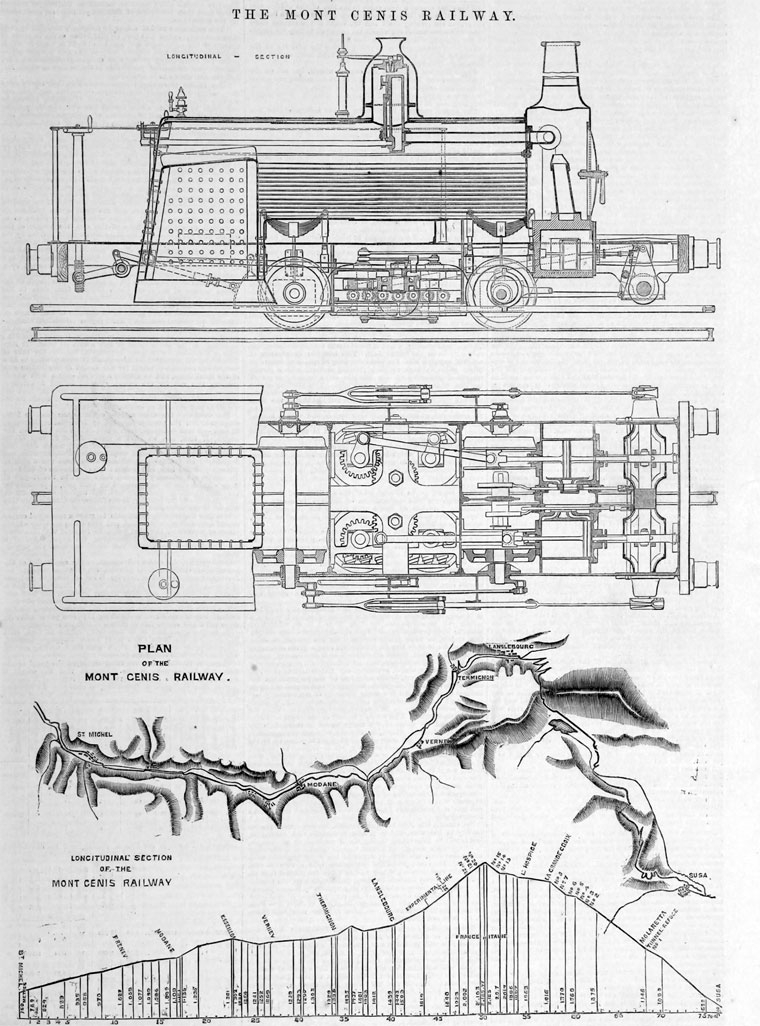 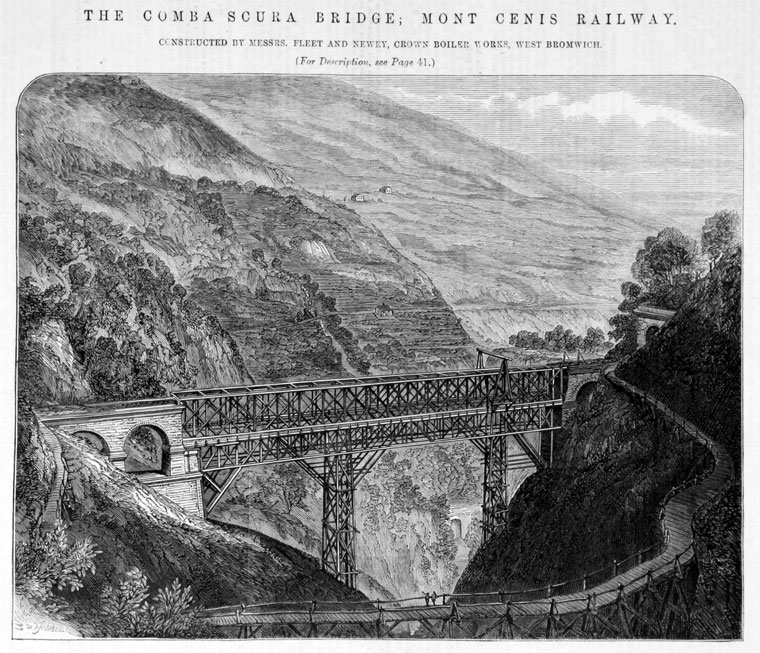 The railway crossing the Mont Cenis Pass in the Alps, between St. Michel in France and Susa in Piedmont, Italy. It was designed for a short life until the Mont Cenis Tunnel was opened.

This was the first Alpine railway, and it carried the international traffic between Italy and France, as well as the Indian mail prior to the opening of the great tunnel. The line used the Fell design of mountain railway with three rails.

c.1865 An experimental line was constructed part way up the mountain to test the proposal made by Mr Fell. Captain H. W. Tyler produced a report for the British government on this line.

c.1867 Brassey and Co reconstructed the railway after it had been carried away in floods[1].

1867 Opening of the line was delayed because the first 2 Fell locomotives had rigid wheelbases that were too long for the curves on the line.

The Mont Cenis Pass Railway operated from 1868 to 1871 (with some interruptions) during the construction of the Frejus Rail Tunnel.

It was used primarily to transport English mail to India as part of the All Red Route. This temporary line was built by John Brogden and Sons, Thomas Brassey and others, and employed English engine-drivers.

1869 A. Alexander claimed to have designed the locomotive which had previously been attributed to Fell. [2][3]