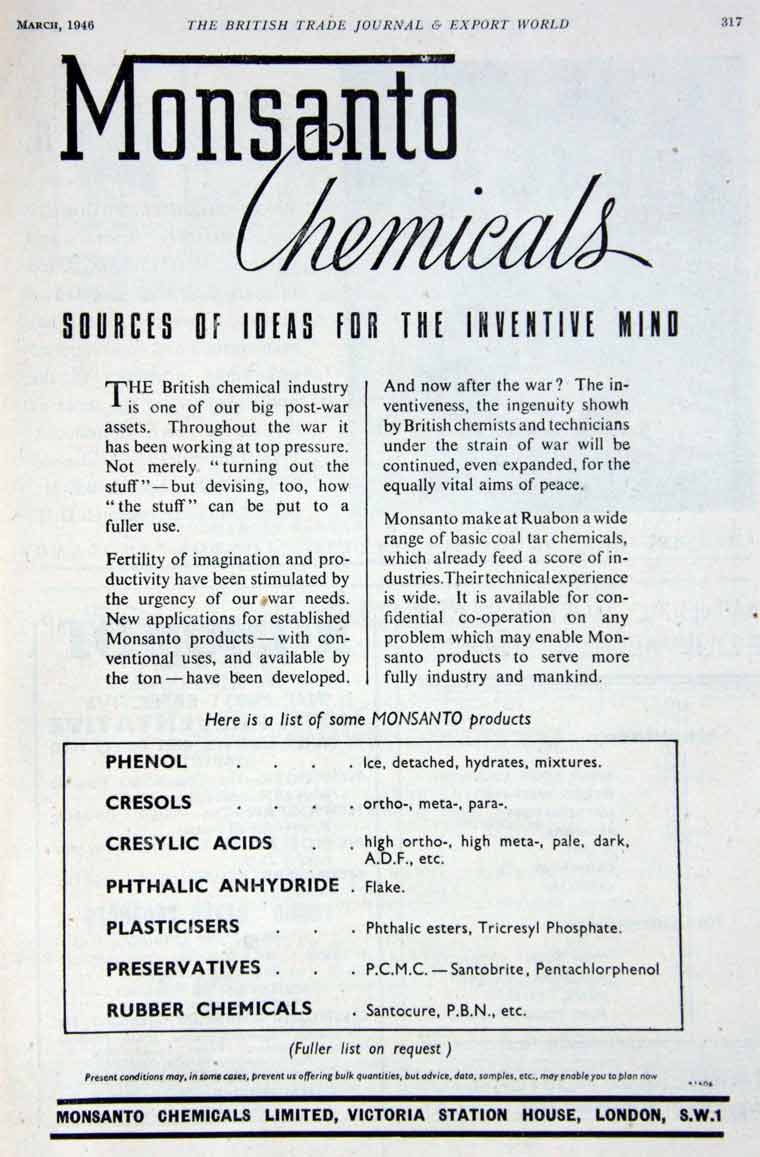 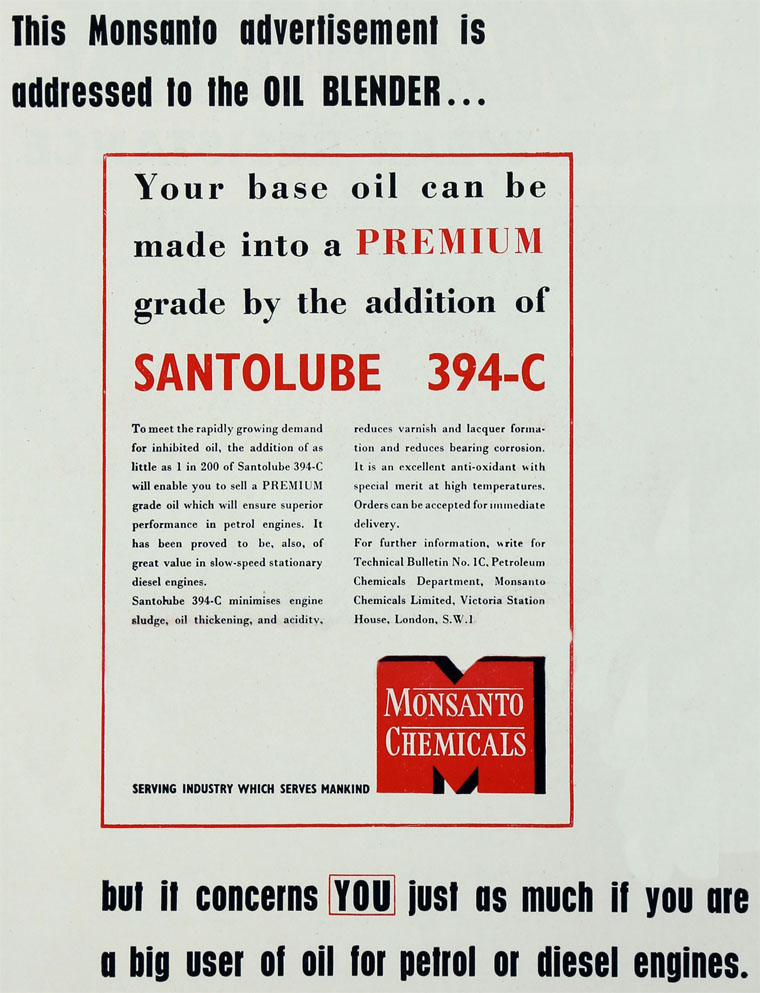 1859 John Francis Queeny was born in Chicago, Illinois, the eldest of five children, where he learned the value of hard work from his parents.

The Queeny family was doing well in Chicago until 1871 — the year of the Great Chicago Fire. As a twelve year-old boy, John Francis simply could not afford the luxury of continuing his education.

After several months of searching for a job in the fire-ravaged city of Chicago, he entered the chemical business as an office boy with the drug firm of Tolman and King earning $2.50 per week. John Francis Queeny quickly advanced to become a delivery boy.

1891 Queeny continued to work up the ranks and in 1891, went to St. Louis as an employee of the Meyer Brothers Drug Company. Shortly after that Mr. Queeny married Miss Olga Mendez Monsanto.

1901 On 30 November, Monsanto Chemical Works was incorporated with $5,000, to start a manufacturing plant to produce saccharin. He named the company after his wife.

In 1903 and 1905, the entire production of saccharin was sent to a new company in Georgia called Coca-Cola. In the early 1900s, vanilla and caffeine were also produced.

1919 The Monsanto Group operated a number of facilities throughout the UK from 1919, when the company entered into partnership with R. A. Graesser chemical works in Ruabon, Wales forming Graesser-Monsanto Chemical Works.

c.1934 Monsanto Chemicals Ltd was made a public company.

1947 Construction started on a new factory at Newport, South Wales.

1950 Distillers Co's Grangemouth plant would supply feedstock to a new plant to make styrene monomer owned by Forth Chemicals Ltd, which was owned two-thirds by Anglo Iranian Oil and one third by Monsanto Chemicals Ltd[2].

1956 British Petroleum Chemicals was renamed British Hydrocarbon Chemicals; it had 2 subsidiaries - Forth Chemicals and Grange Chemicals[3].