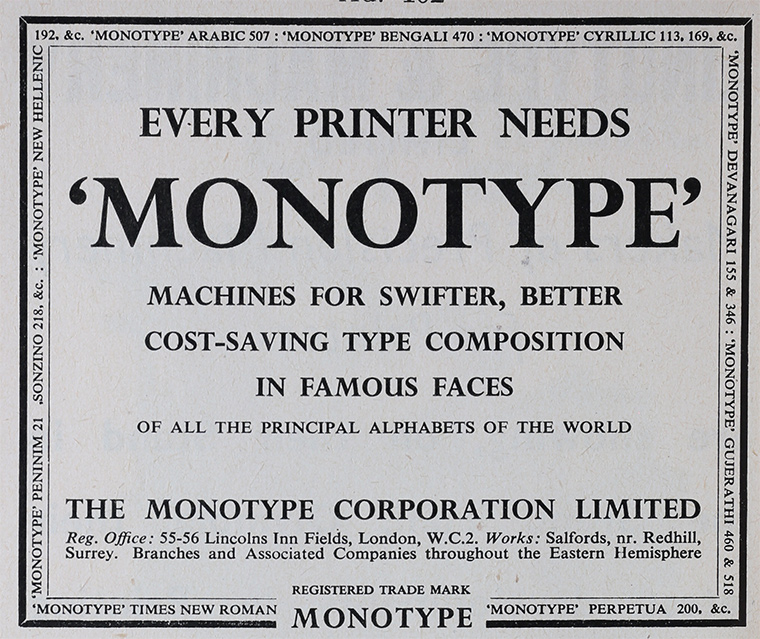 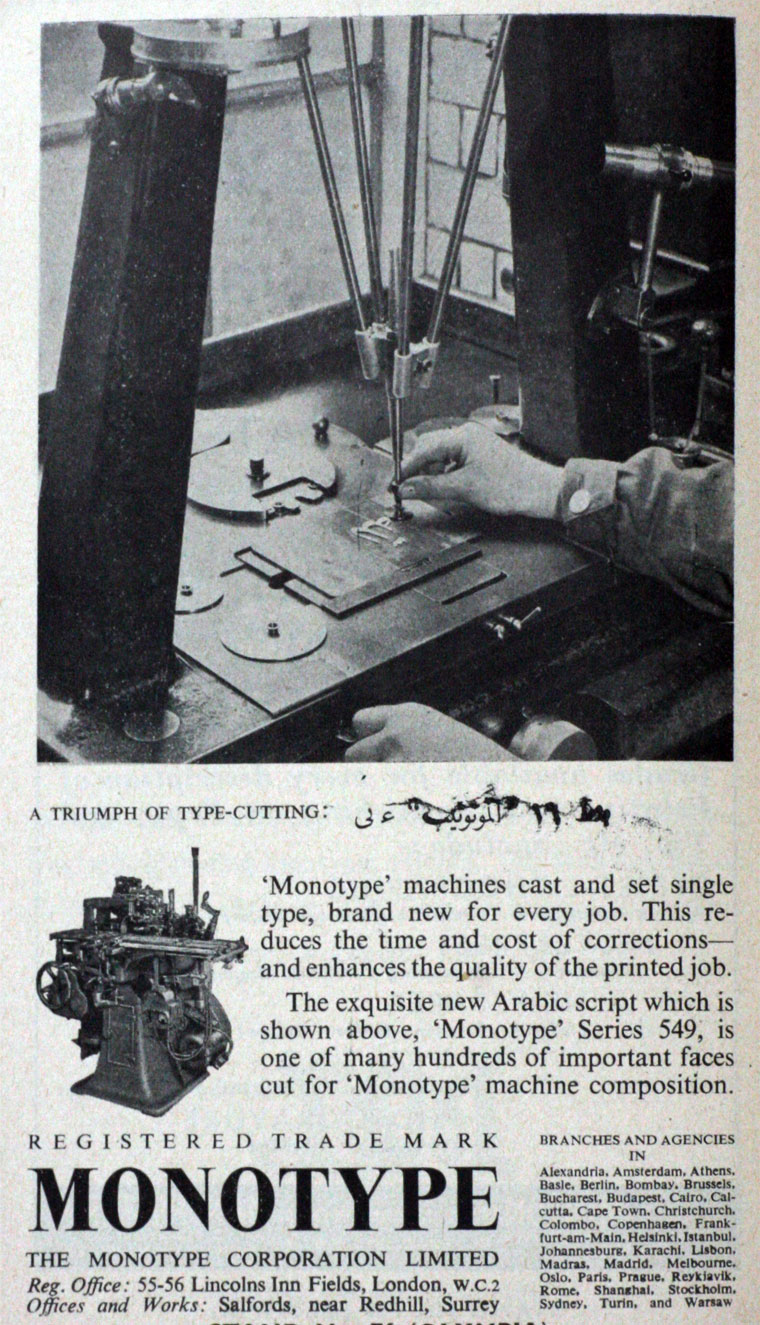 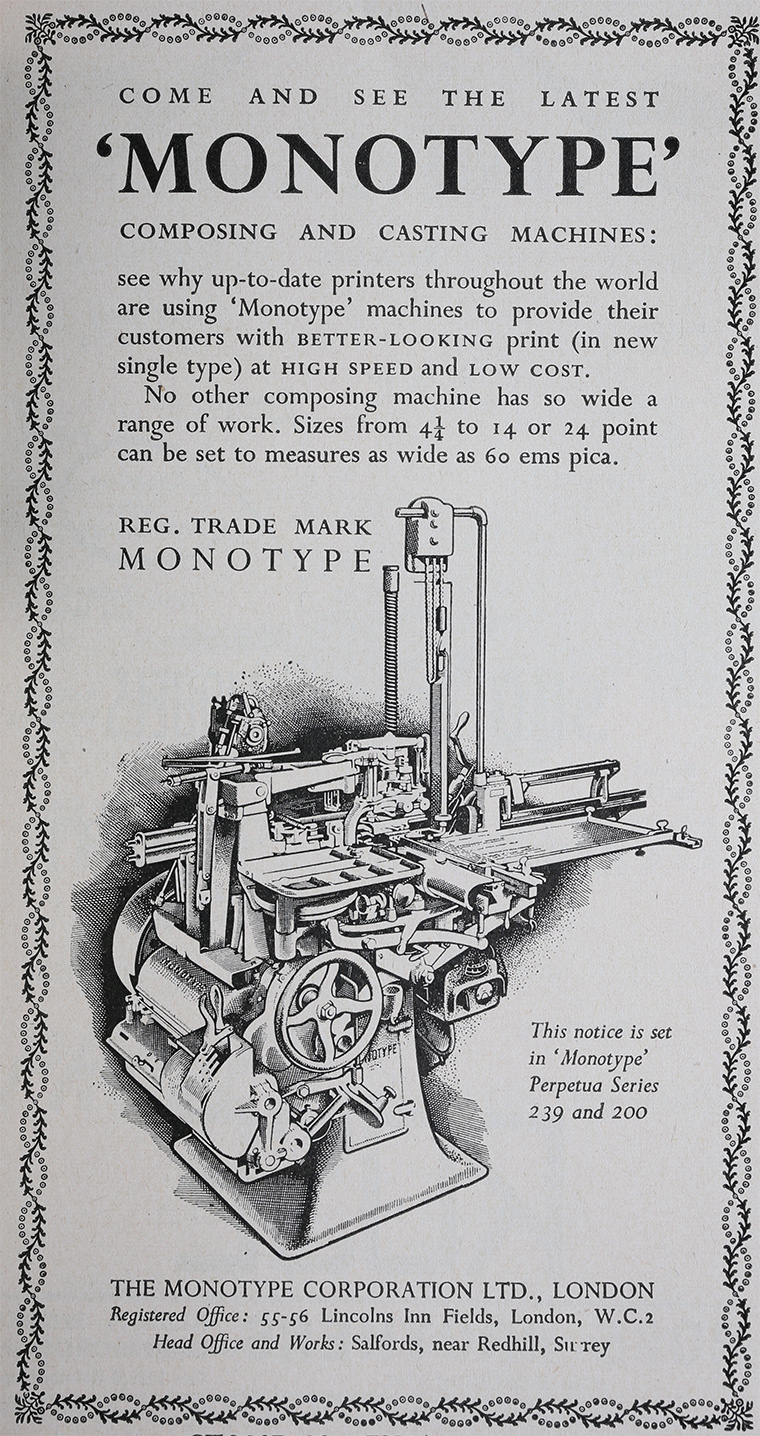 1897 Company founded. The Lanston Monotype Machine Company was founded by Tolbert Lanston in Washington D.C. Lanston had a patented mechanical method of punching out metal types from cold strips of metal which were set (hence typesetting) into a matrix for the printing press.

1897 In a search for funding, the company set up a branch in London, under the name Lanston Monotype Corporation Ltd.

In 1899 a new factory was built in Salfords, near Redhill in Surrey, where it has been located for over a century. The company was of sufficient size to justify the construction of its own railway station.

In 1936, the company was floated on the London Stock Exchange and became the Monotype Corporation Ltd.

Later the company was split into three divisions: Monotype International, which manufactured spinning mirror switched laser beam phototypesetters; Monotype Limited, which continued the hot metal machines; and Monotype Typography, which designed and sold typefaces. A research and development department was set up in Cambridge to isolate it from day to day production issues.

In 1999, Agfa-Compugraphic acquired the Monotype Corporation, which was renamed Agfa Monotype.

In late 2004, after six years under the Agfa Corporation, the Monotype assets were acquired by TA Associates, a private equity investment firm based in Boston.