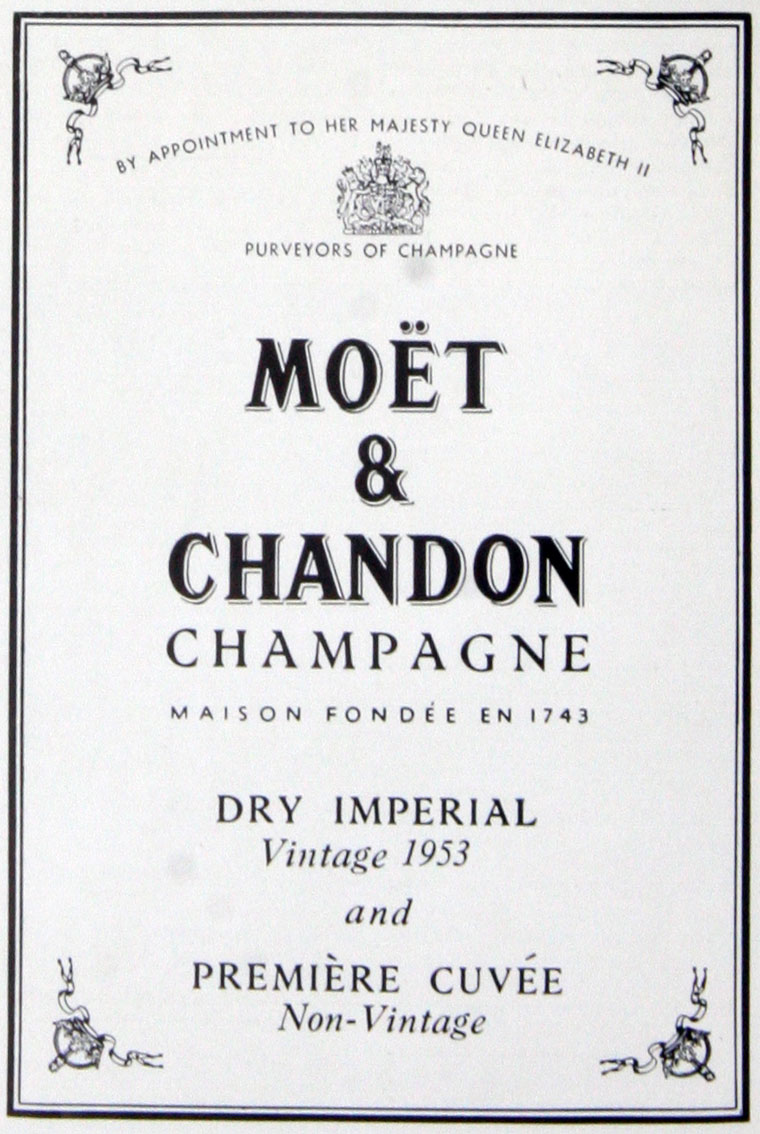 Moët and Chandon (Moet et Chandon) is a French winery and co-owner of the luxury goods company Moët-Hennessy Louis Vuitton. The company is one of the world's largest champagne producers and a prominent champagne house. The company holds a Royal Warrant to supply champagne to Queen Elizabeth II. Today owns more than 1,500 acres (6.0km²) of vineyards, and annually produces more than 2,000,000 cases of champagne.

1743 Moet and Chandon began as Moët et Cie (Moet and Co) and was founded by Claude Moet, a wine trader, in Champagne, France. Soon after its foundation, and after son Claude-Louis joined Moët and Co, the winery's clientele included nobles and aristocrats.

1750 The company began business Made de Pompadour. She supplied the Royal Court at Compiegne with Moet's champagne. This was also the year in which Moet began to establish business in Germany, Spain, Eastern Europe and colonial British America.

1792 Claude Moët died and his grandson Jean-Rémy Moët assumed control of the company and expanded the business buying the vineyards of the Abbey of Hautvillers — where Benedictine monk Dom Perignon perfected double-fermentation for creating champagne.

1804 The company attracted a loyal international following after it initiated an account with Napoleon I of France.

1832 Jean-Rémy retired and left the company in the hands of his son Victor Moët and son-in-law Pierre-Gabriel Chandon de Briailles. The name was officially changed to Moet and Chandon.

1962 Company became the first champagne house to be listed on the French stock market.

1970 Another wine house, Mercier, was taken over.

1971 Company merged with James Hennessy and Co to create Moet-Hennessy.