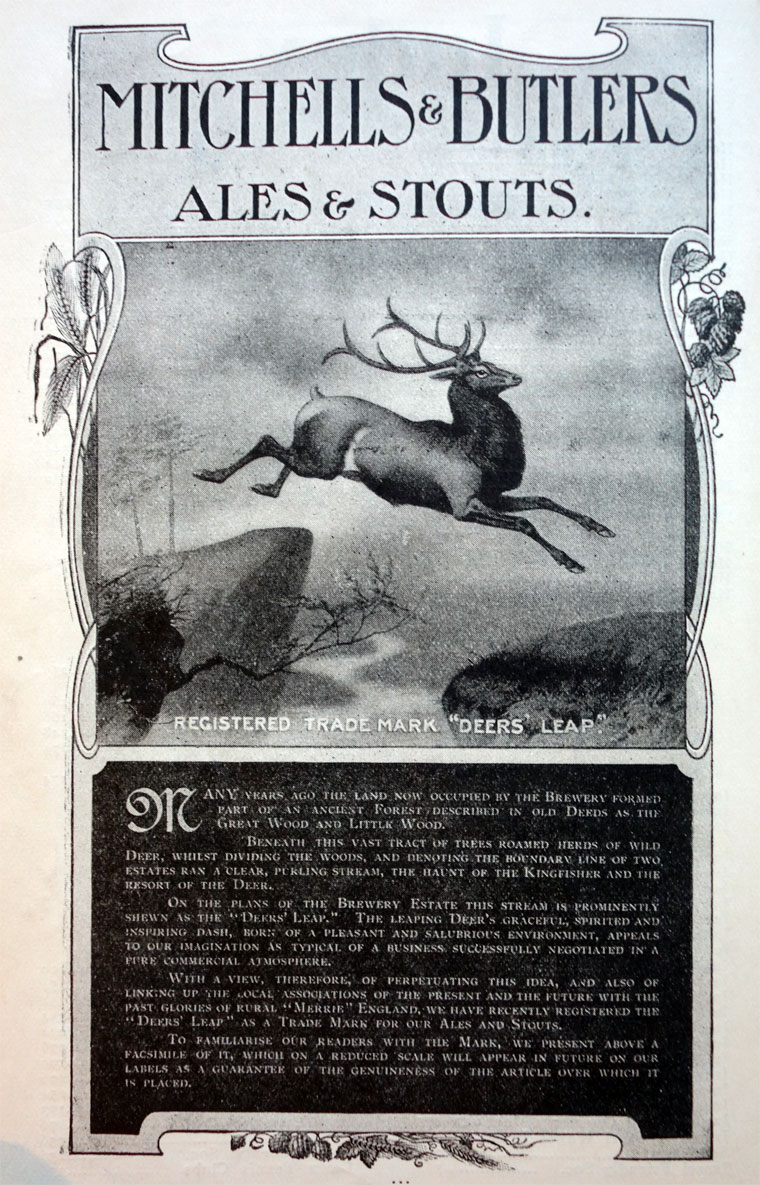 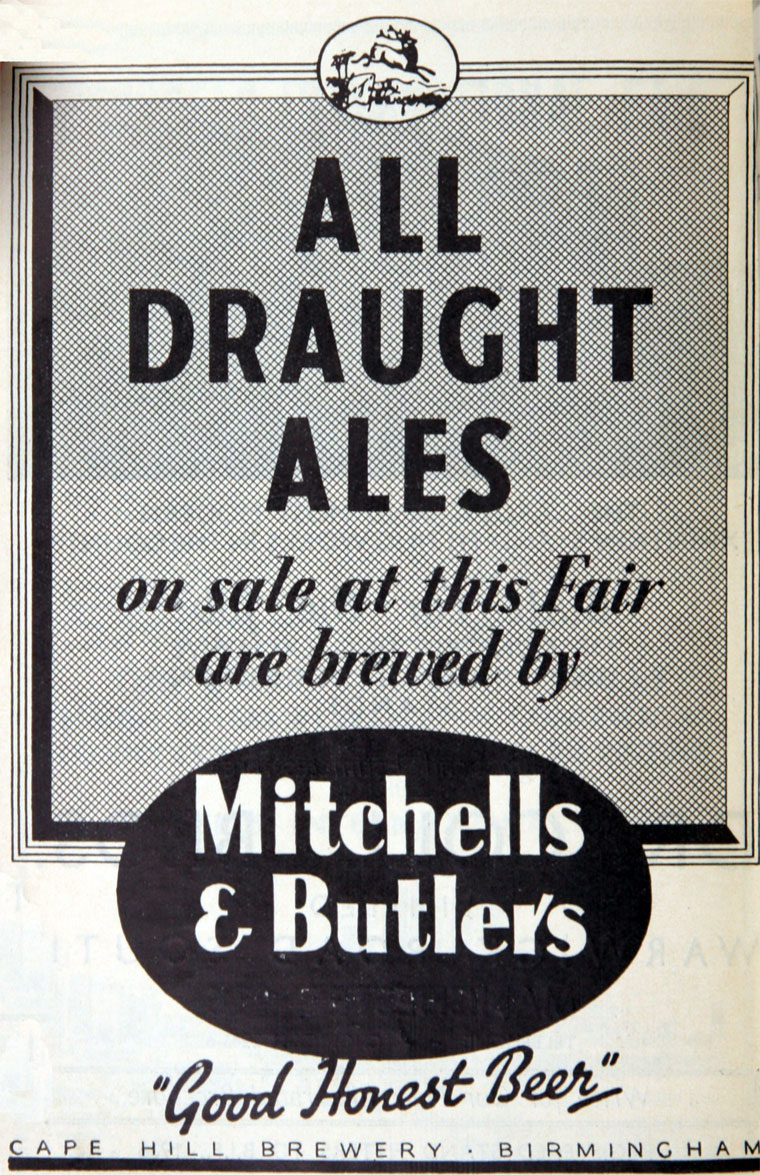 1897 William Butler merged with Henry Mitchell and Co joined forces at Cape Hill, where artesian wells provided an unlimited supply of suitable water; the company of Mitchells and Butlers, was incorporated.

In the first half of the twentieth century, Mitchells and Butlers was one of the pioneers in the development of a new generation of large pubs with improved levels of amenity, service standards and a wider social appeal, which generated much higher sales than their predecessors – the small nineteenth-century back-street pubs then dominant in the industry.

1961 Merger with Bass, Ratcliff and Gretton to form Bass, Mitchells and Butlers.