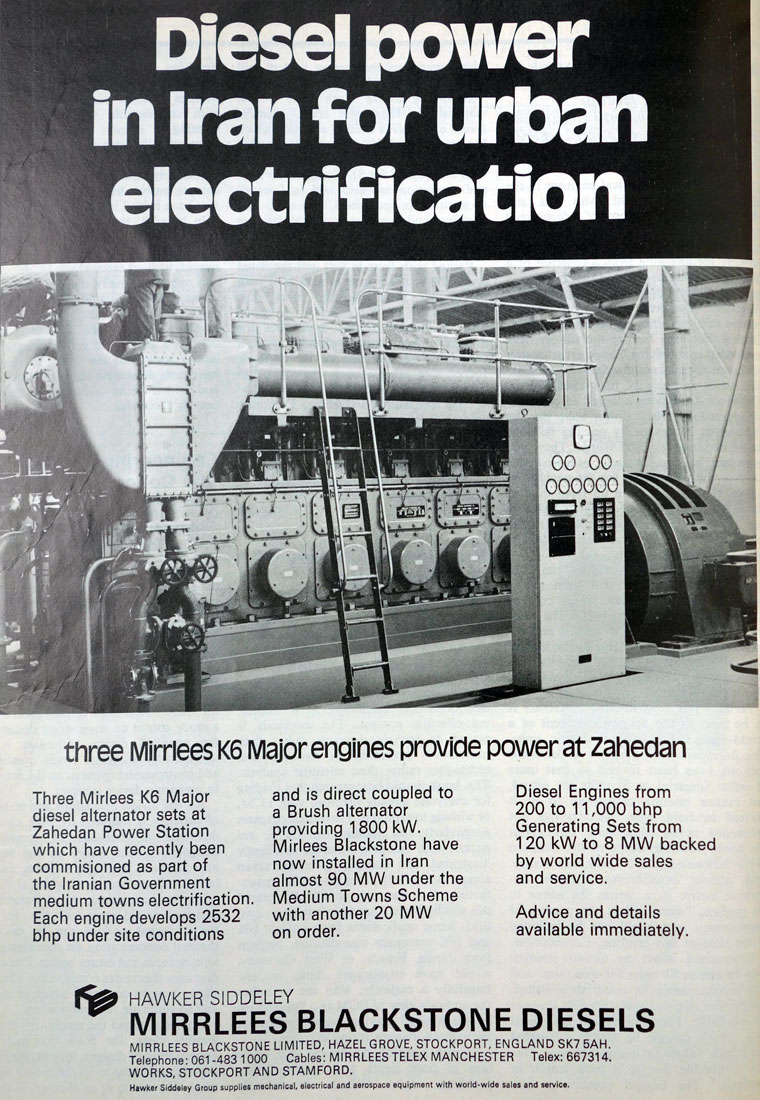 of Stockport and Stamford.

1969 On 1st June, Blackstone and Co and Mirrlees National, another Hawker Siddeley diesel company, were merged and the company traded under the name of Mirrlees Blackstone.

1974 Transport cost savings were made by the introduction of an automatic conveying and storage plant for reclaimed sand.[2]

1979 The first production engines of the MB275 type were built with a 275 mm bore. It was also in this year that the K Major was uprated to a 400 mm bore engine with a nominal output of 750 BHP per cylinder.

1985 Mirrlees Blackstone (Stamford) had a difficult year although an important order had been received for 4 engines for British Rail's High Speed Trains but Mirrlees Blackstone (Stockport) was more successful, supplying diesel engines in the range 1500 to 13000 bhp, especially for Hawker Siddeley Power Engineering's power station contracts[3]