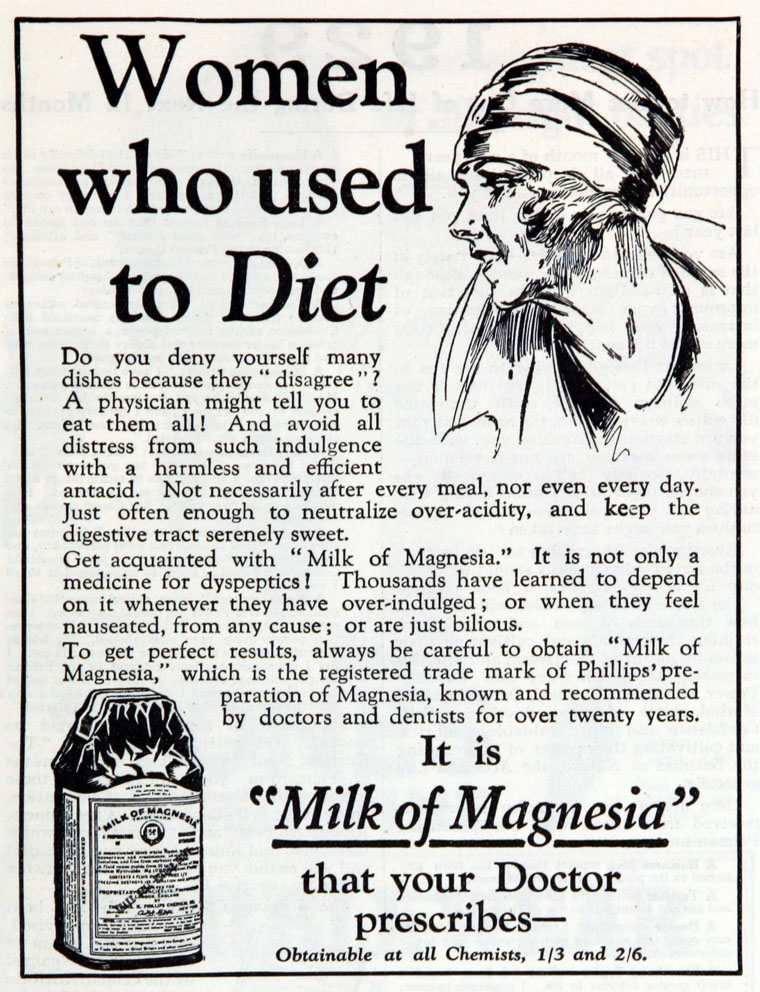 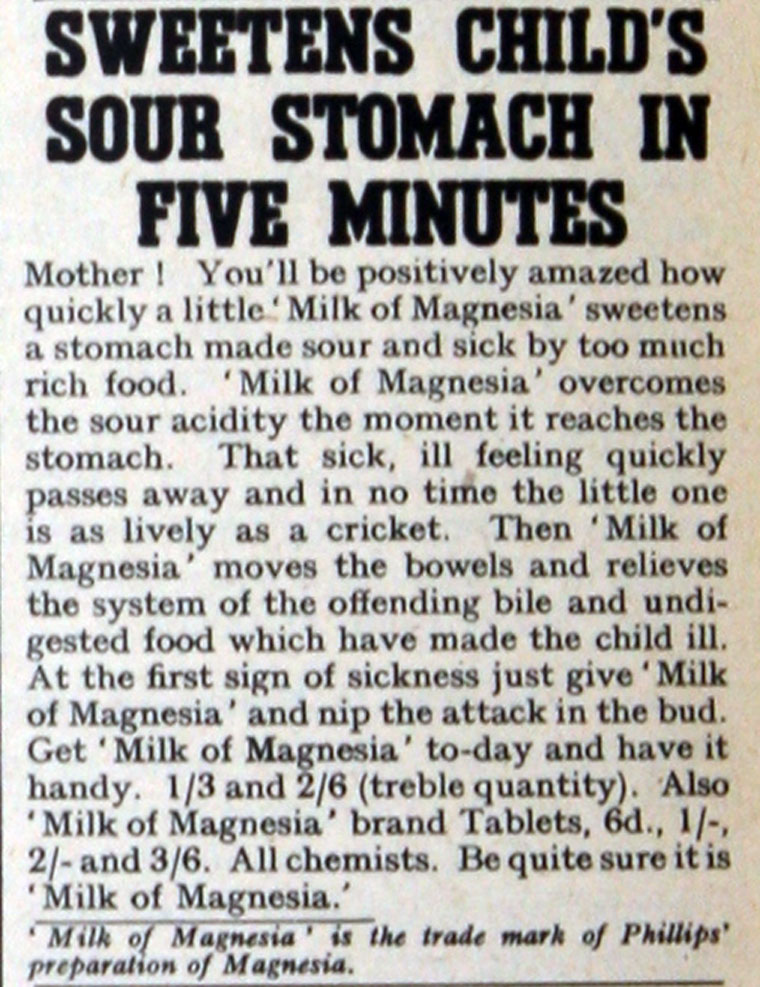 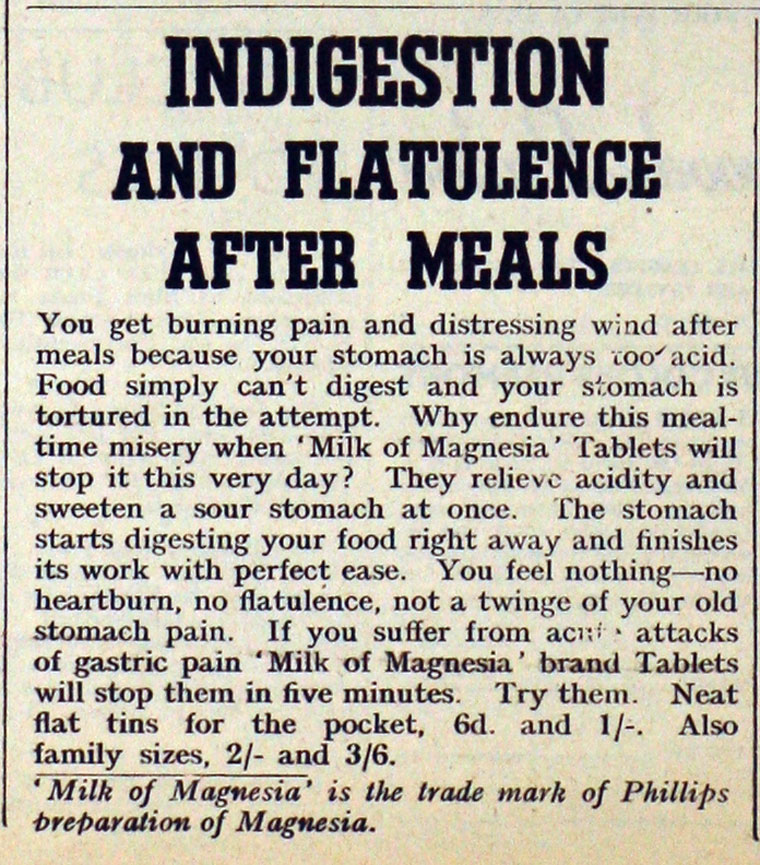 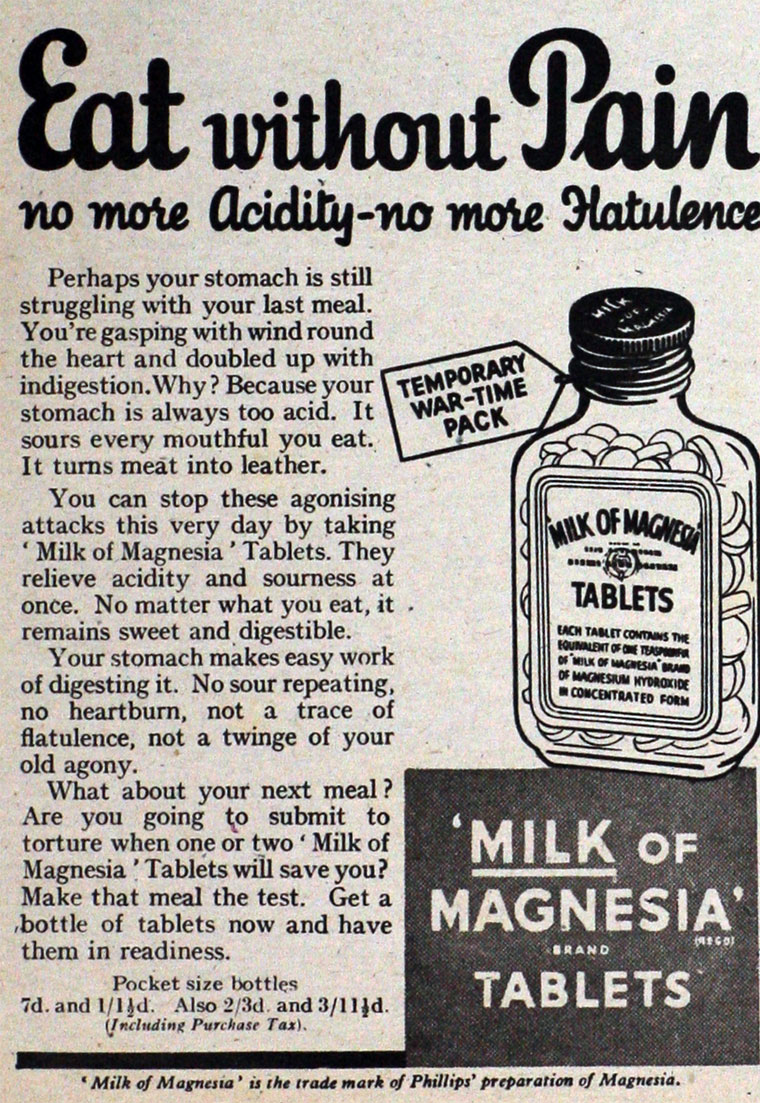 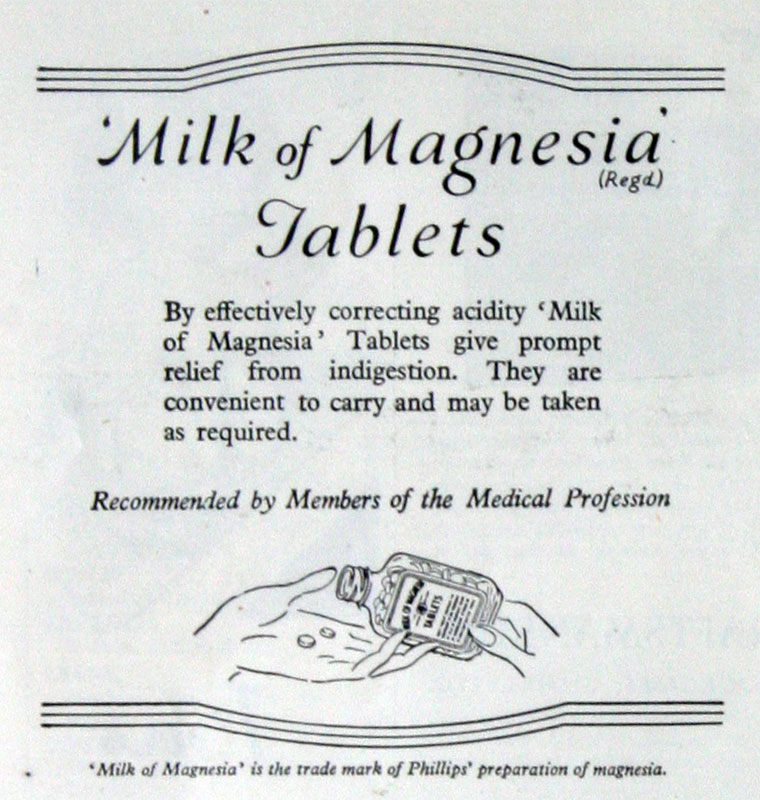 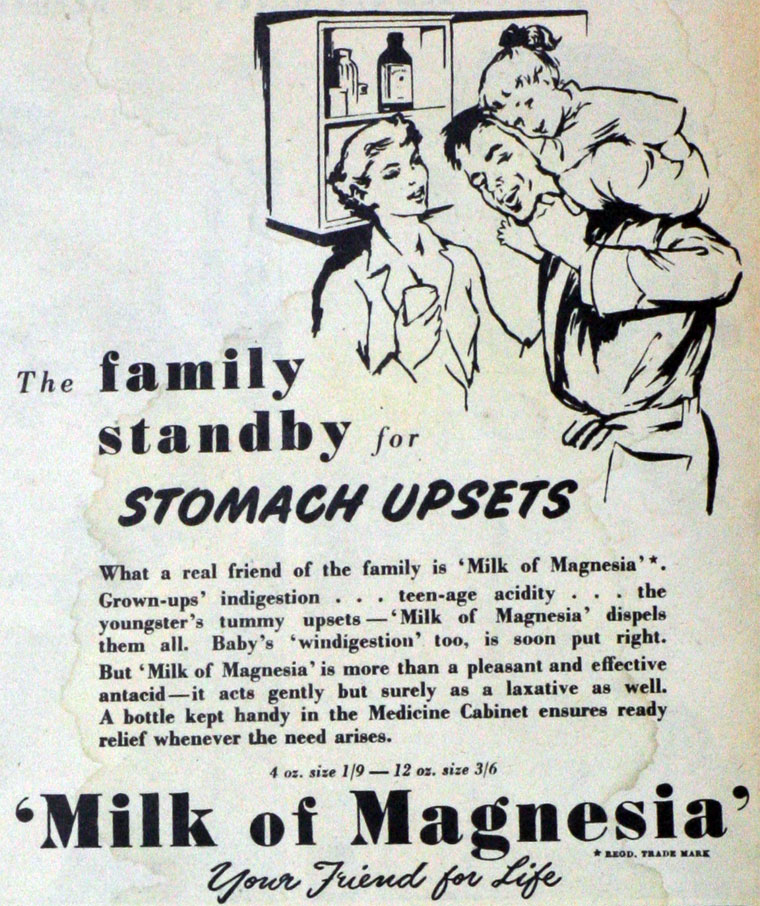 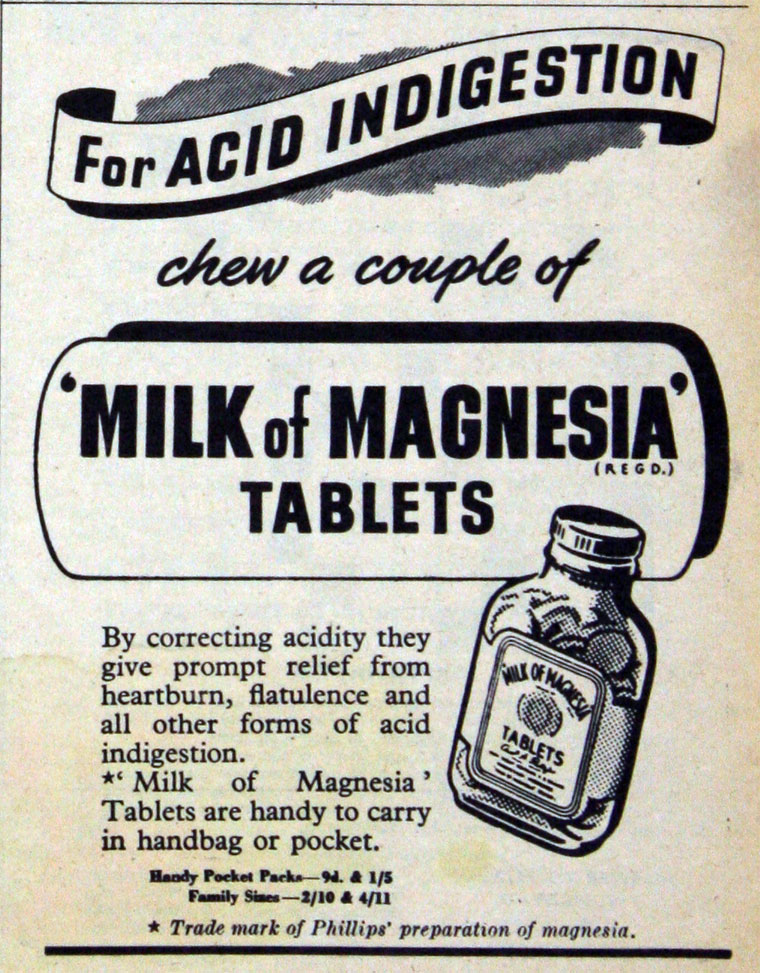 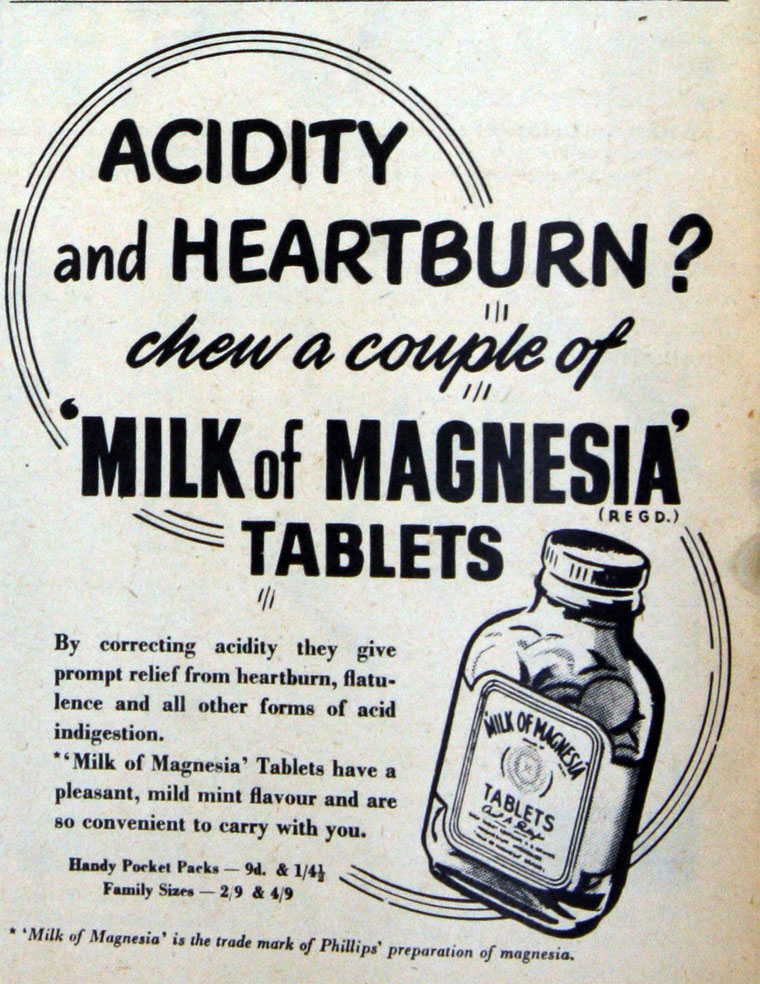 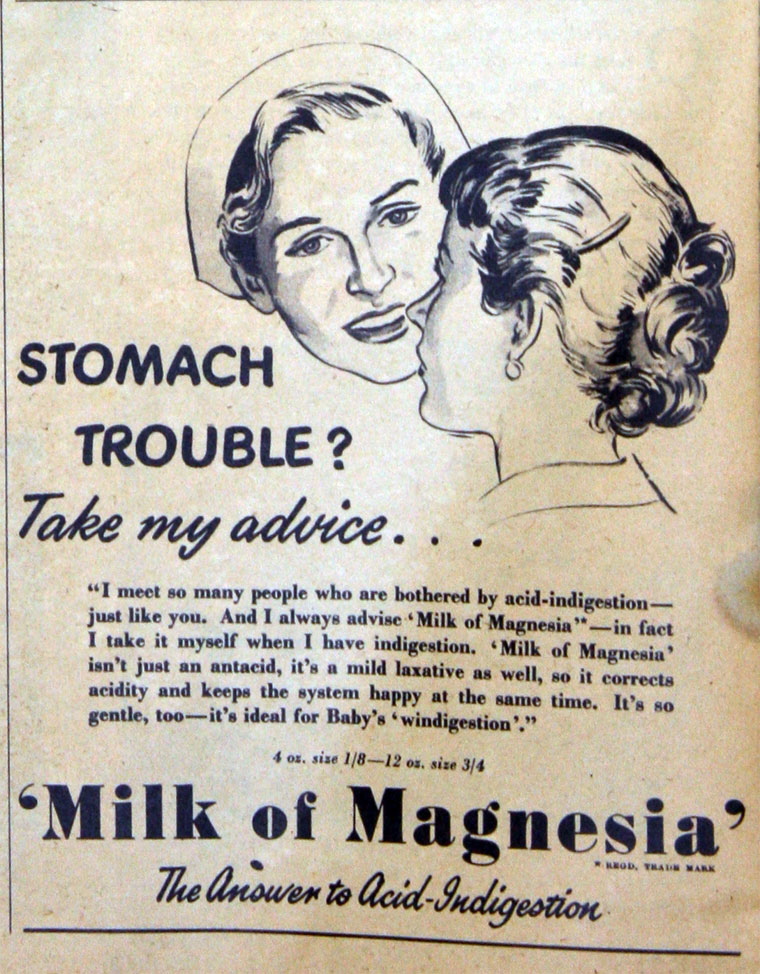 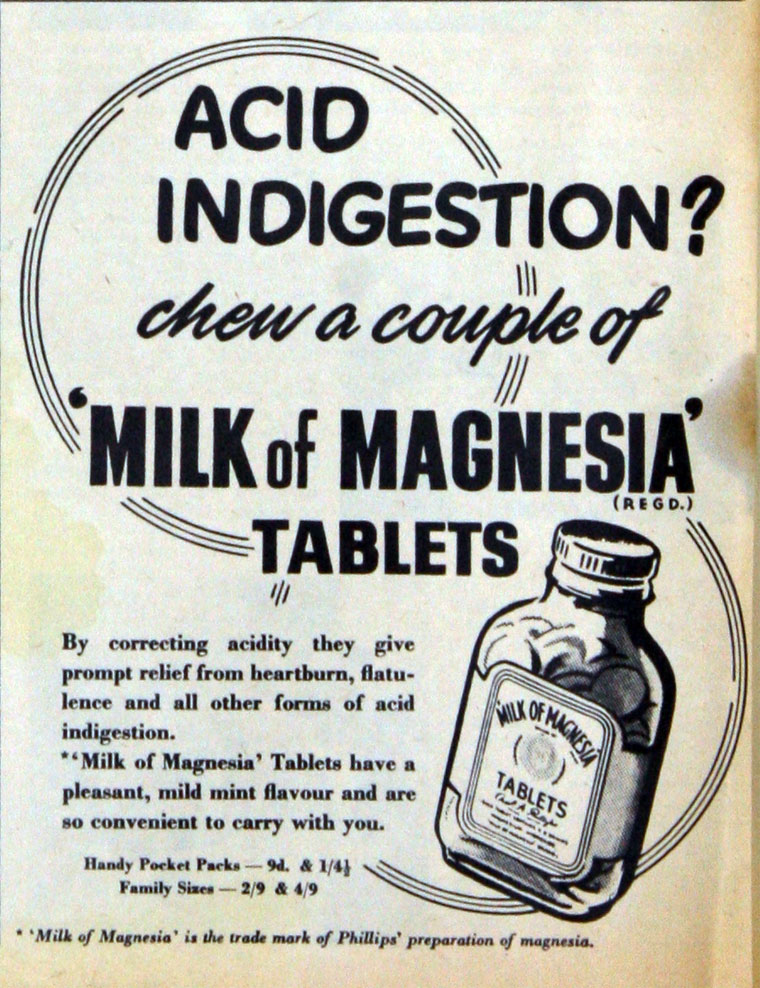 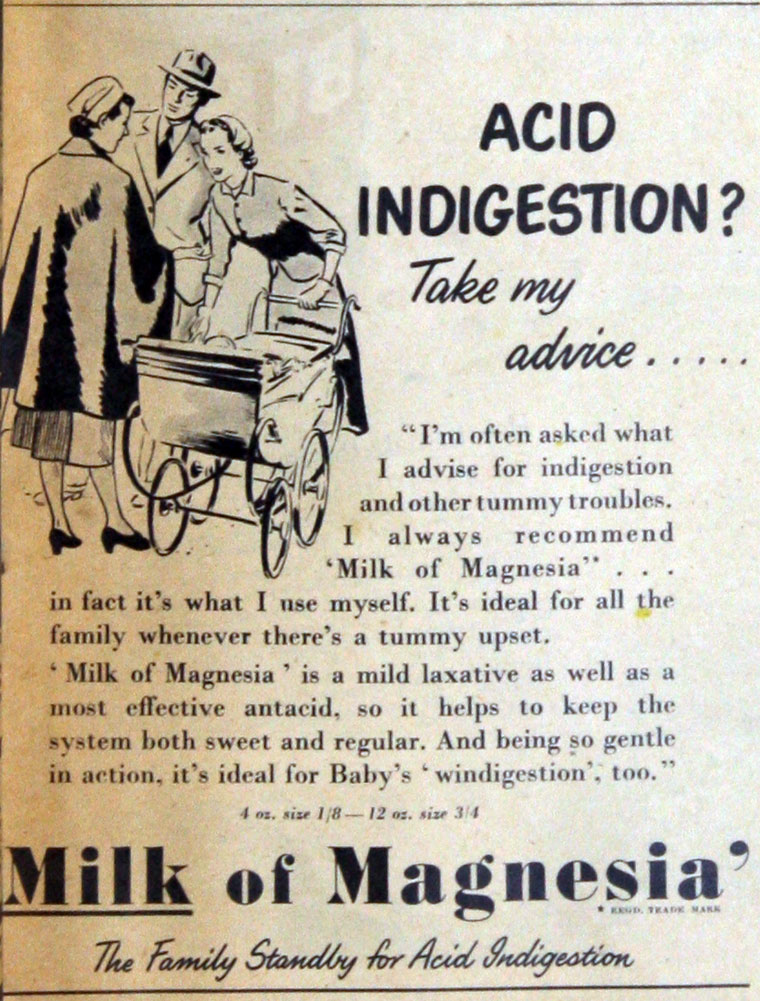 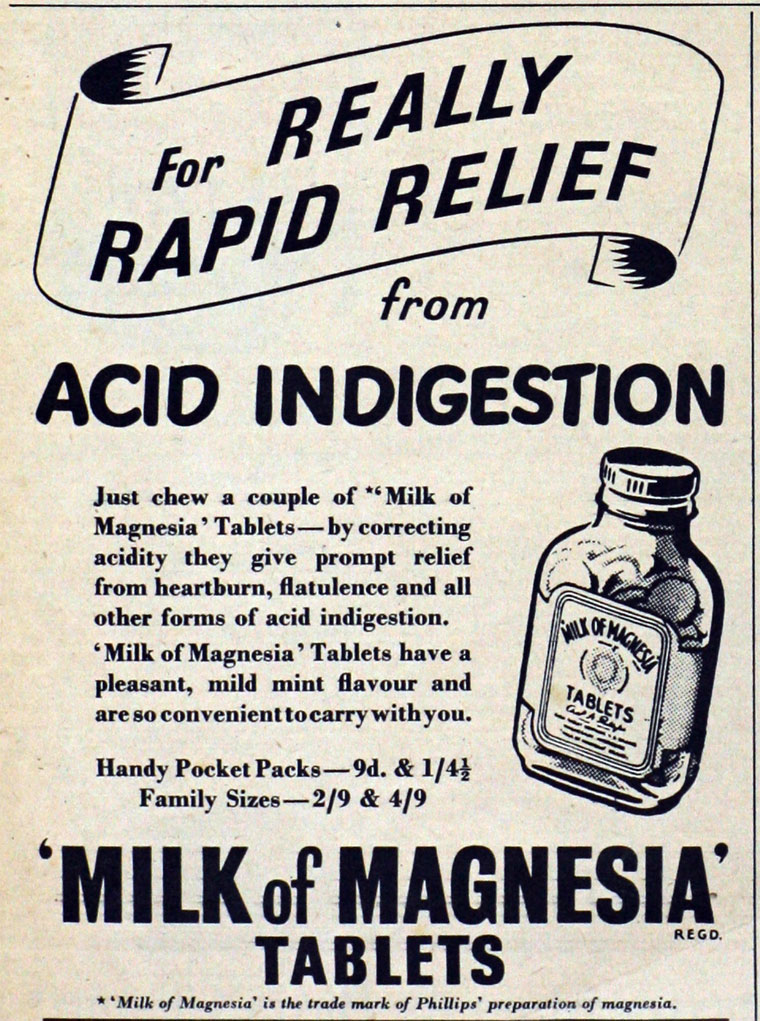 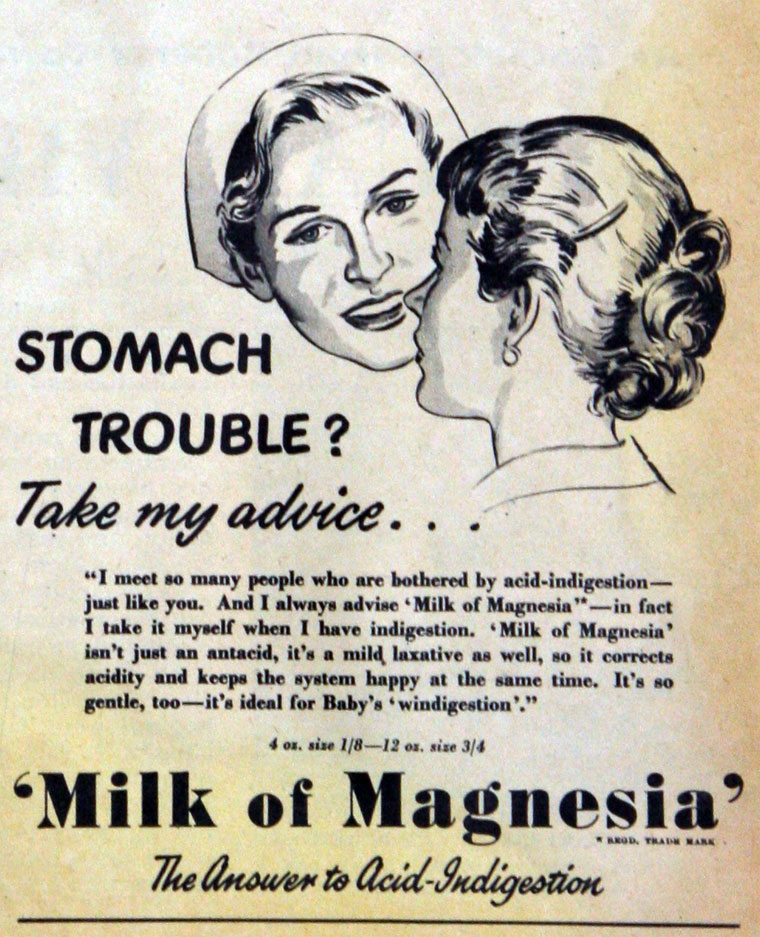 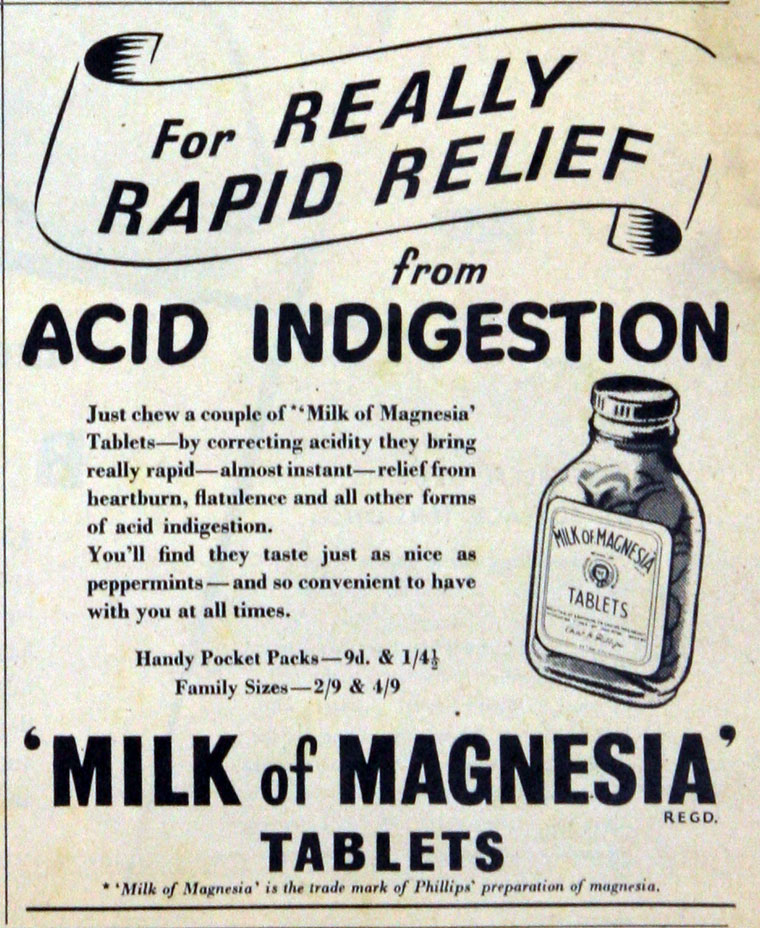 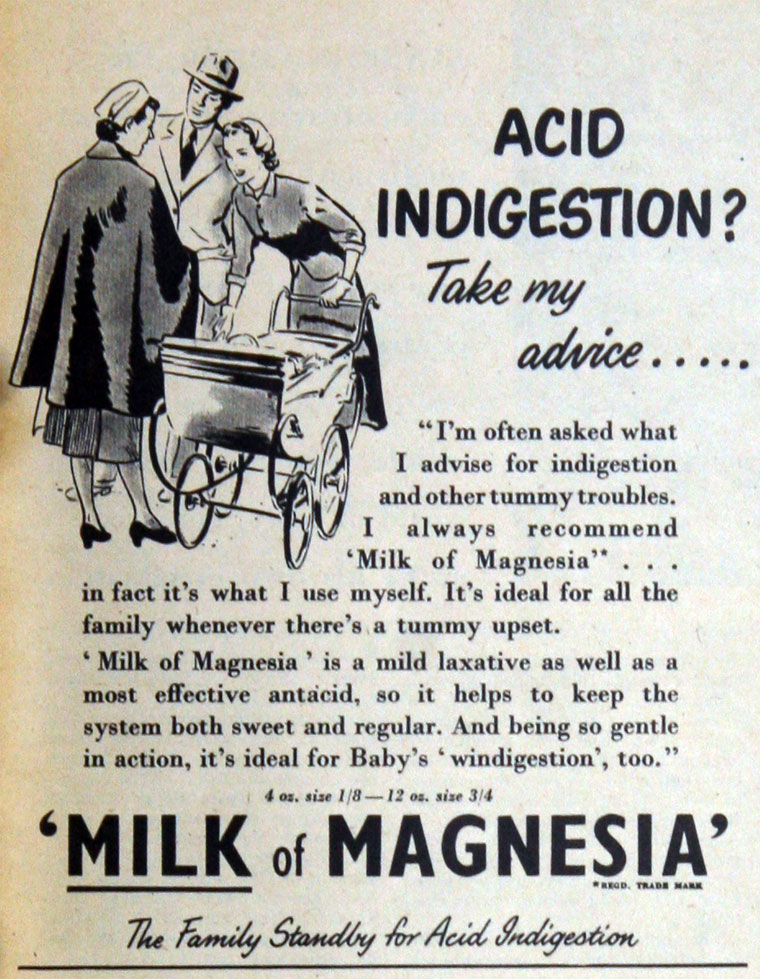 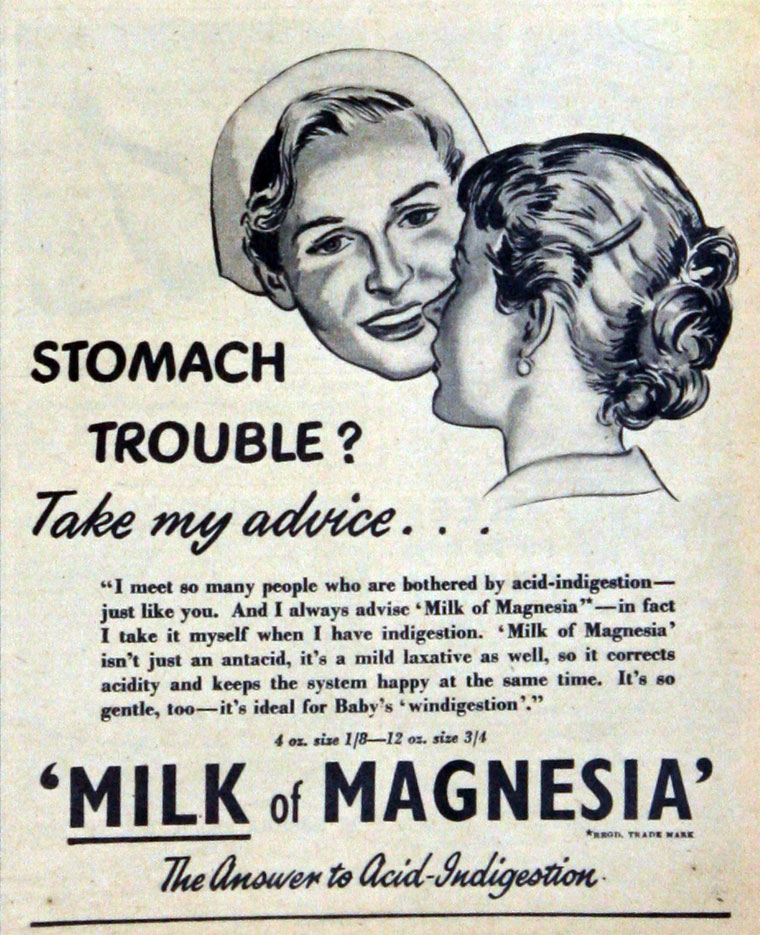 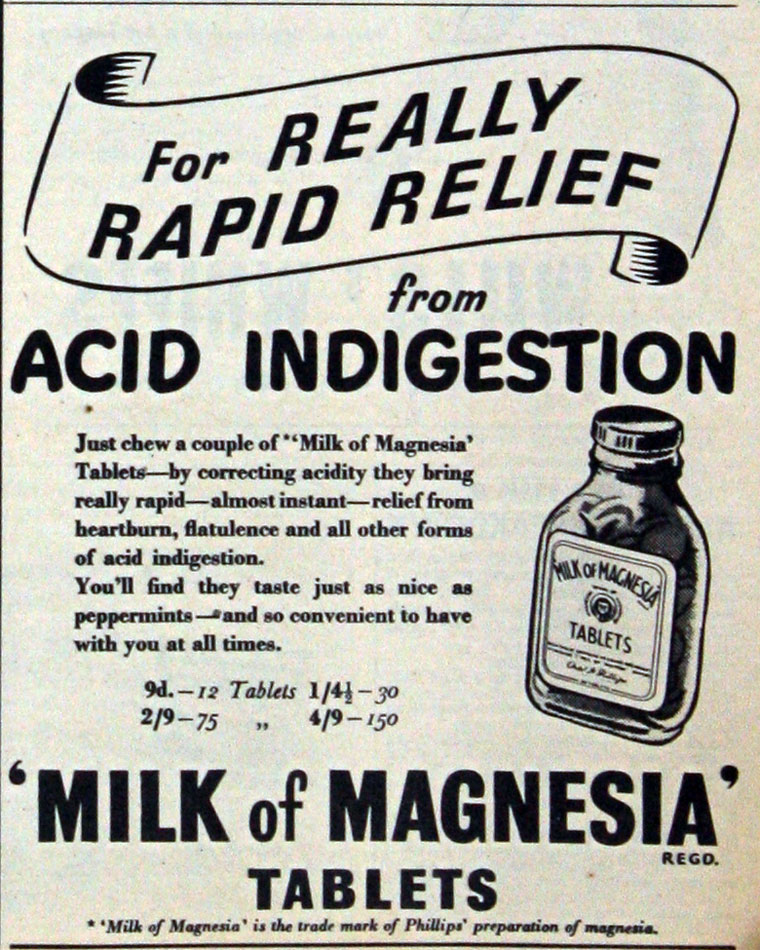 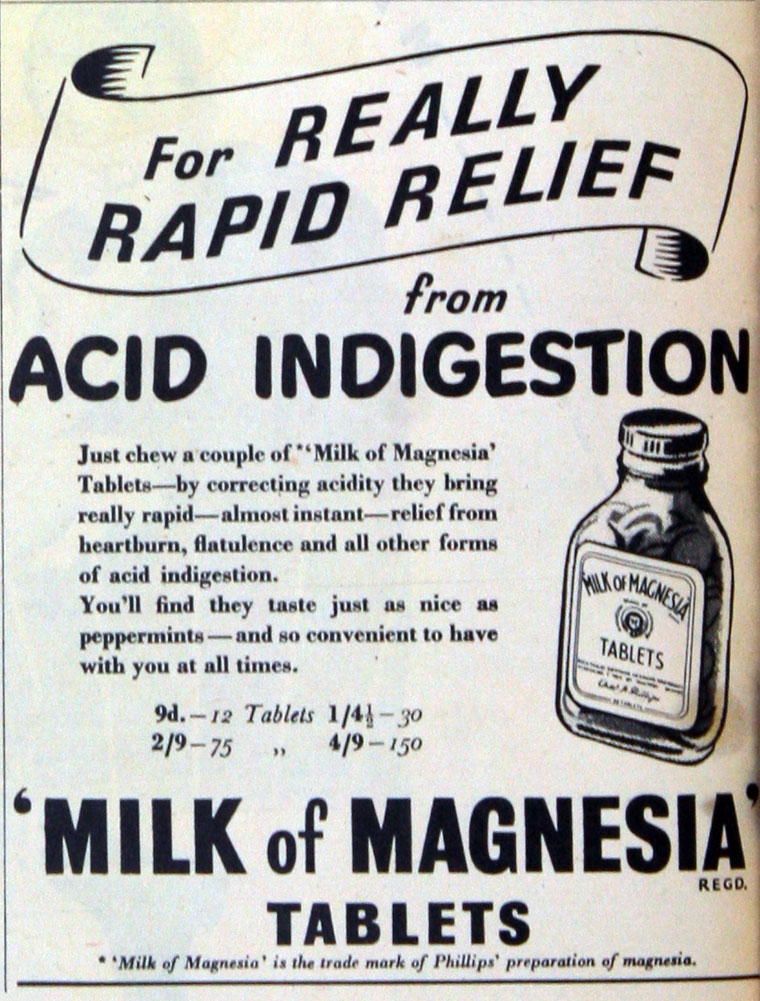 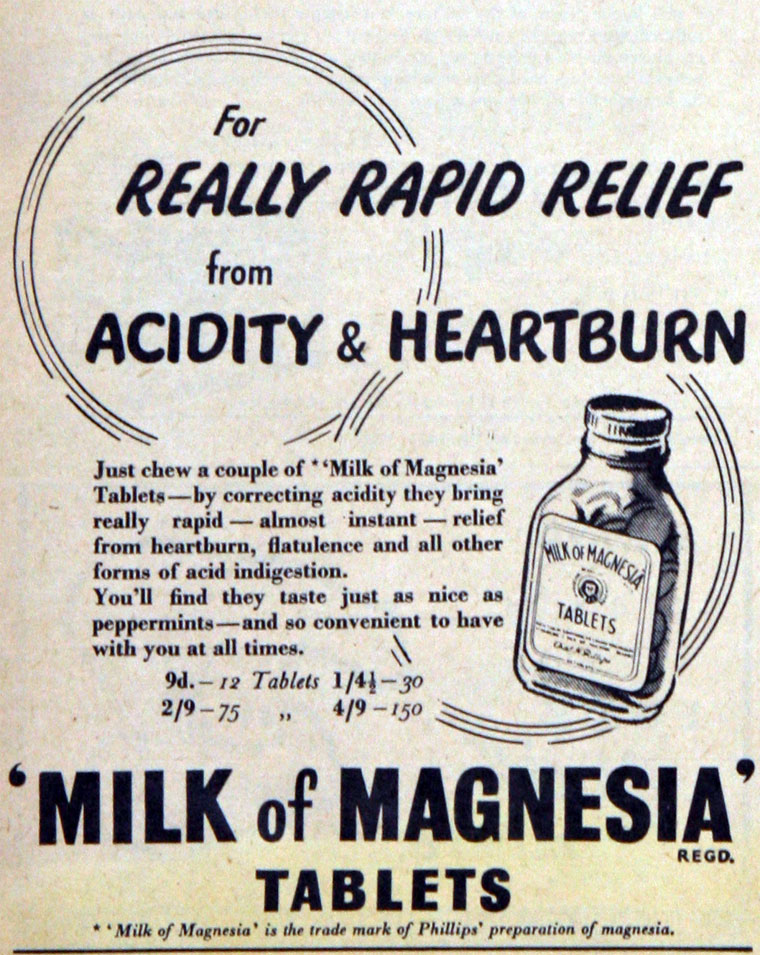 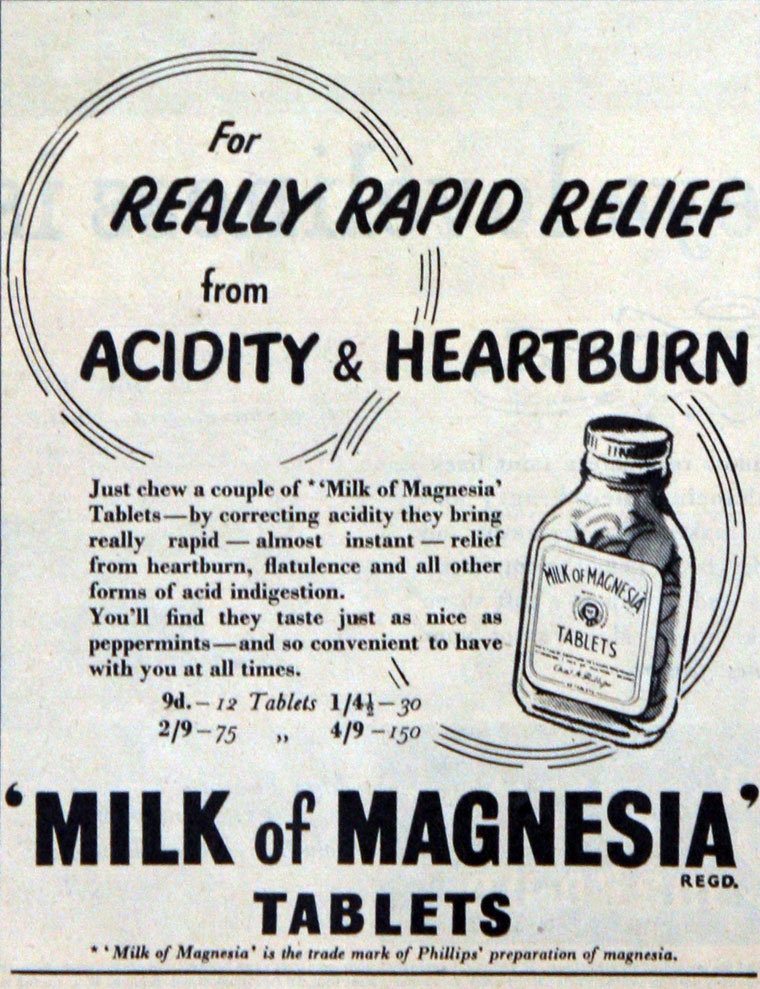 The term Milk of Magnesia was first used as a white-coloured, aqueous, mildly alkaline suspension of magnesium hydroxide formulated by Charles Henry Phillips in 1880 and sold under the brand name Phillips' Milk of Magnesia for medicinal usage.

1873 Charles Henry Phillips invented a mixture magnesium hydroxide in water that was used as an antacid and laxative.

1879 British trademark was registered for Milk of Magnesia.

1894 A trademark for Milk of Magnesia was registered in America.

1882 Charles Henry Phillips died and his four sons took over the running of the company, called the Charles H. Phillips Chemical Co.

1923 Company was acquired by the Sterling Drug Inc.

2008 The brand is owned by GlaxoSmithKline in the UK, and by Bayer Healthcare in America.