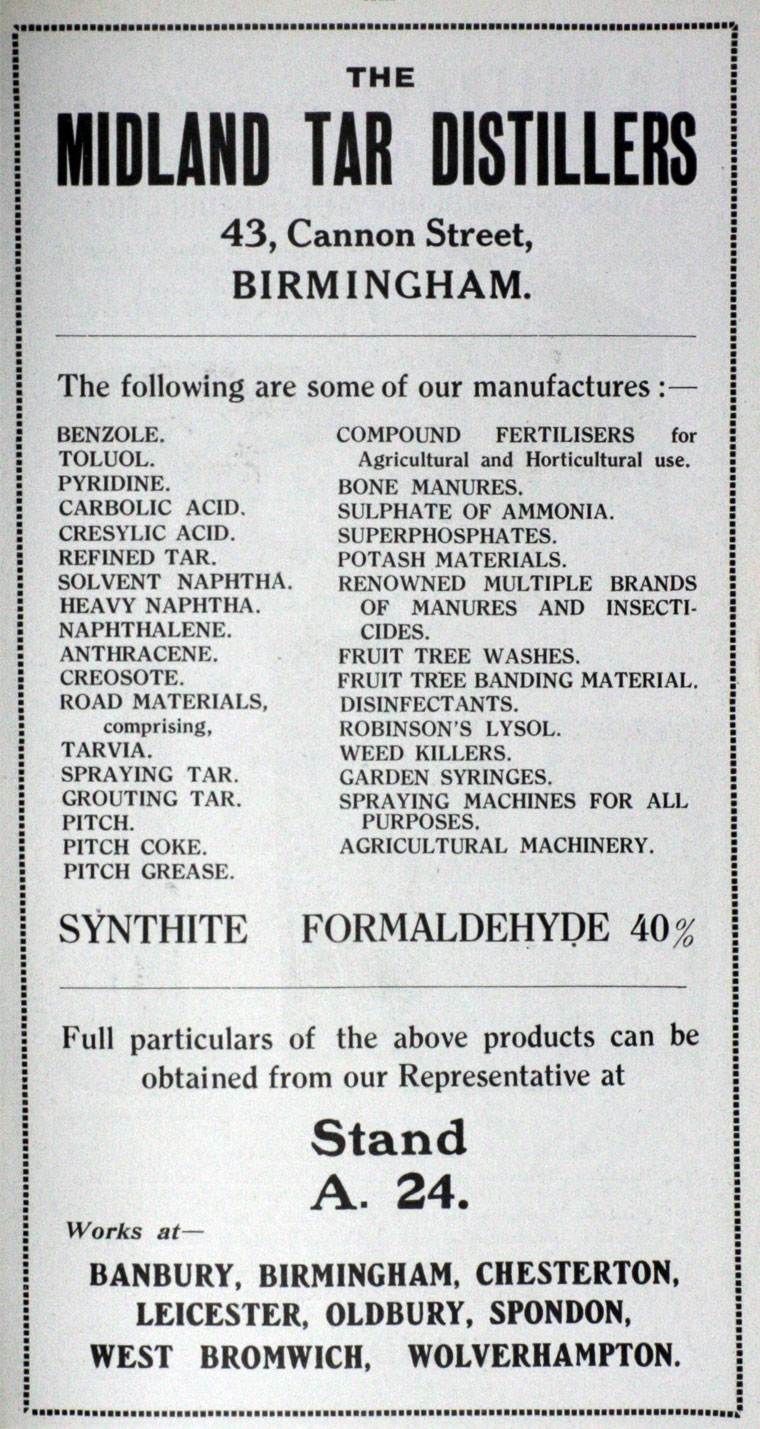 The raw material, coal, would have originally been transported from the nearby coalfields along the canal. Coal tar is a by-product of the carbonisation of coal and is produced by heating coal in a closed retort. Approximately 10 to 15 gallons of coal tar were produced from each ton of coal.

1881 On the Ordnance Survey map, the site is shown in two halves: the upper half marked as a chemical works, which would have been Midland Tar Distillers, and the lower half an iron tube works, which was Edwin Lewis' gas tube factory.

It appears that at a later date the whole site was occupied by Midland Tar Distillers.

By the late 1940s, the company had become part of the Midland Tar Distillers' Organisation with their head office at Oldbury.