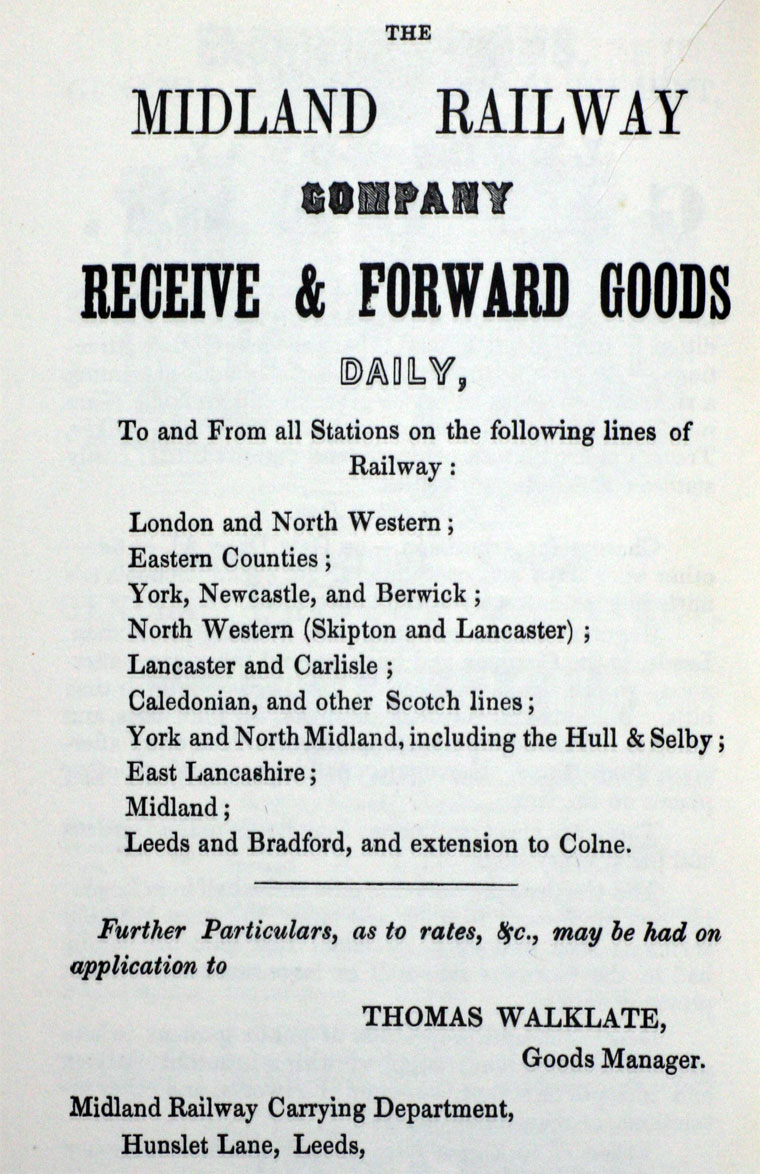 1869. Built By Ruston, Proctor and Co,From the Designs of Mr. S. Johnson, Locomotive Superintendent of the Great Eastern Railway.

1876. Engine for the Midland Railway. 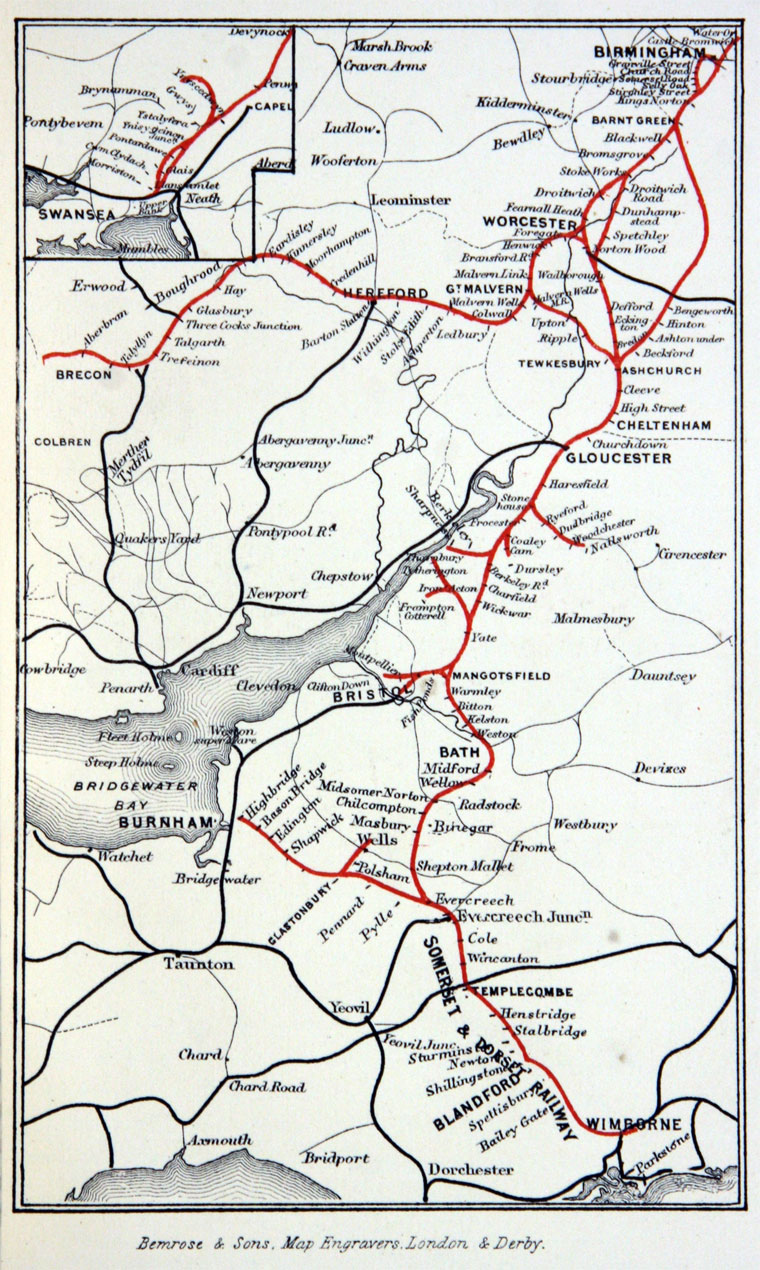 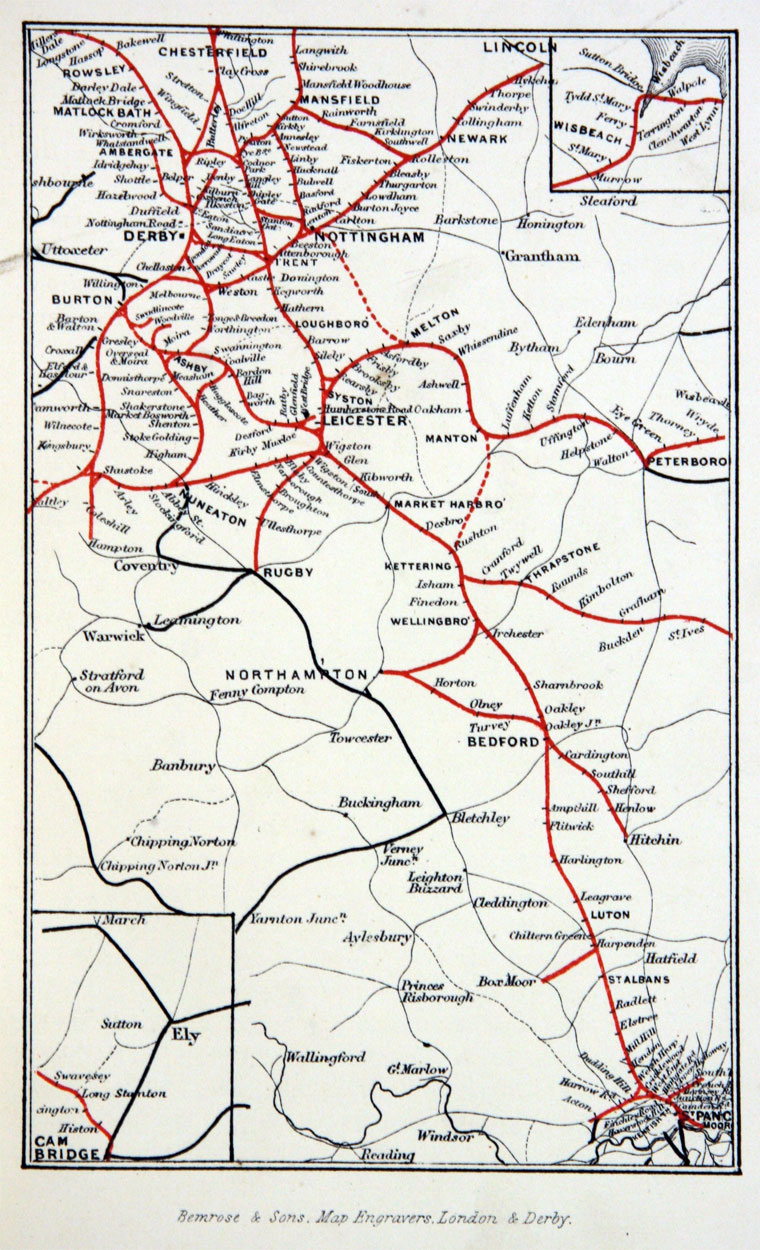 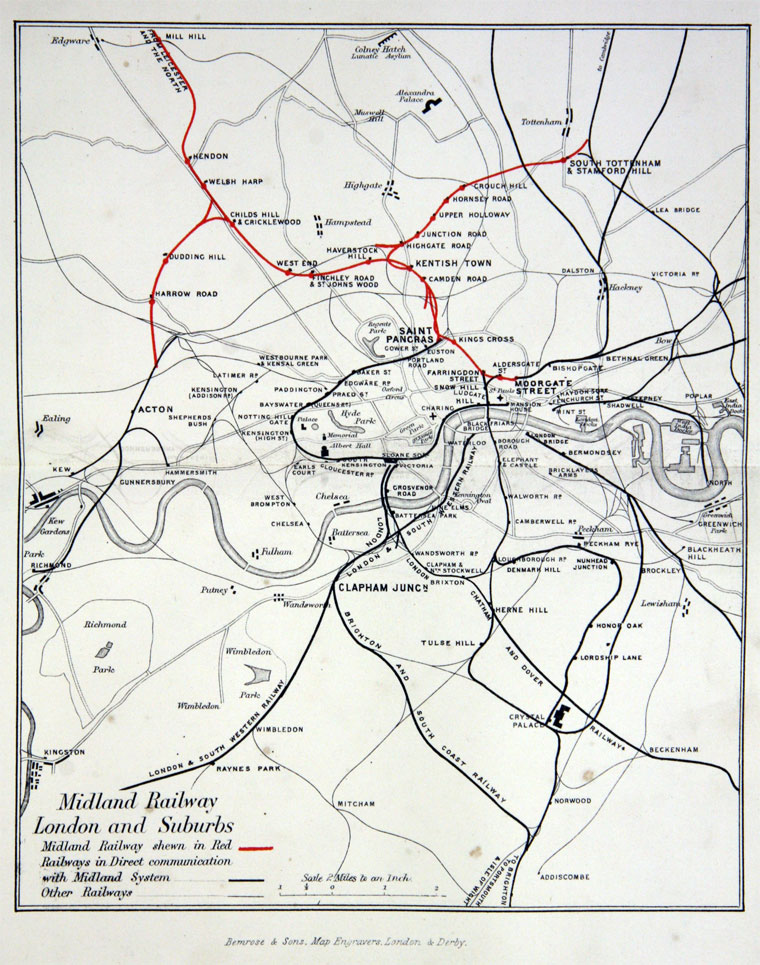 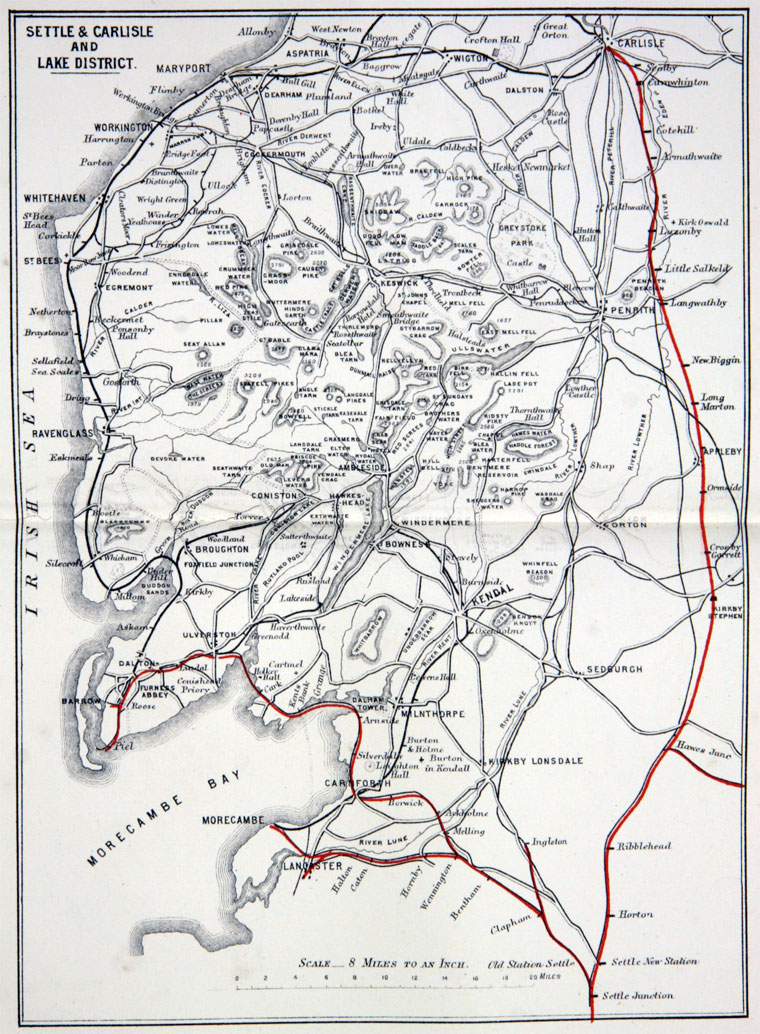 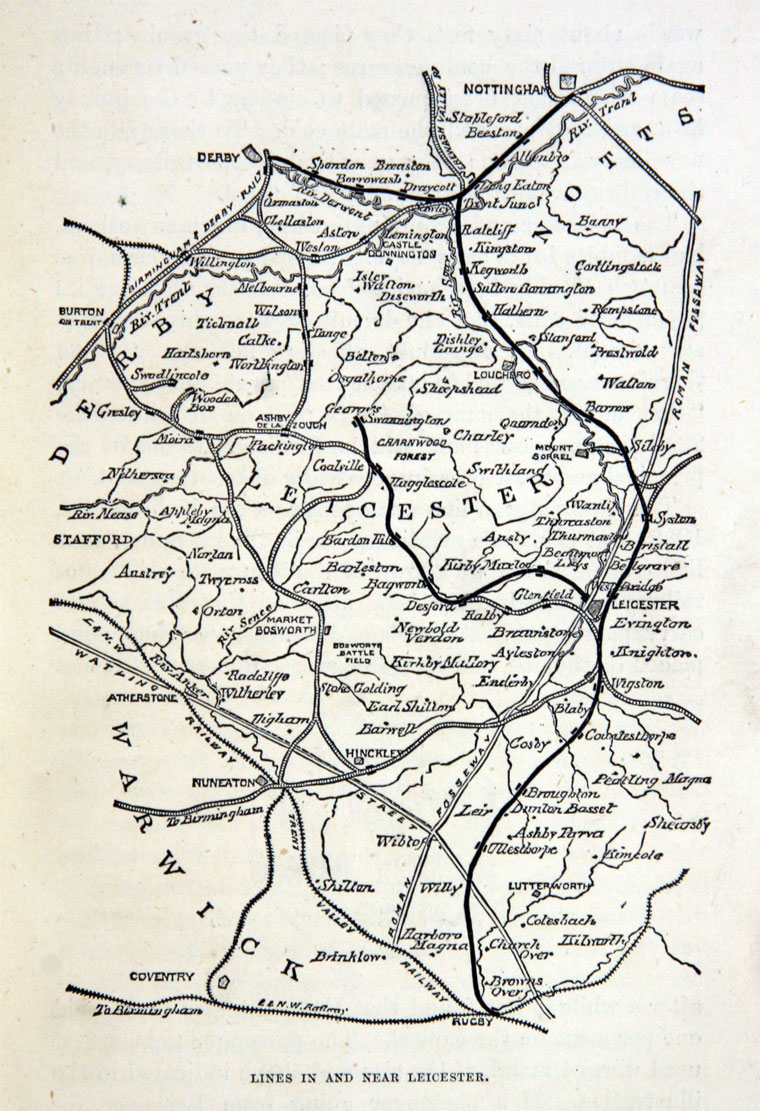 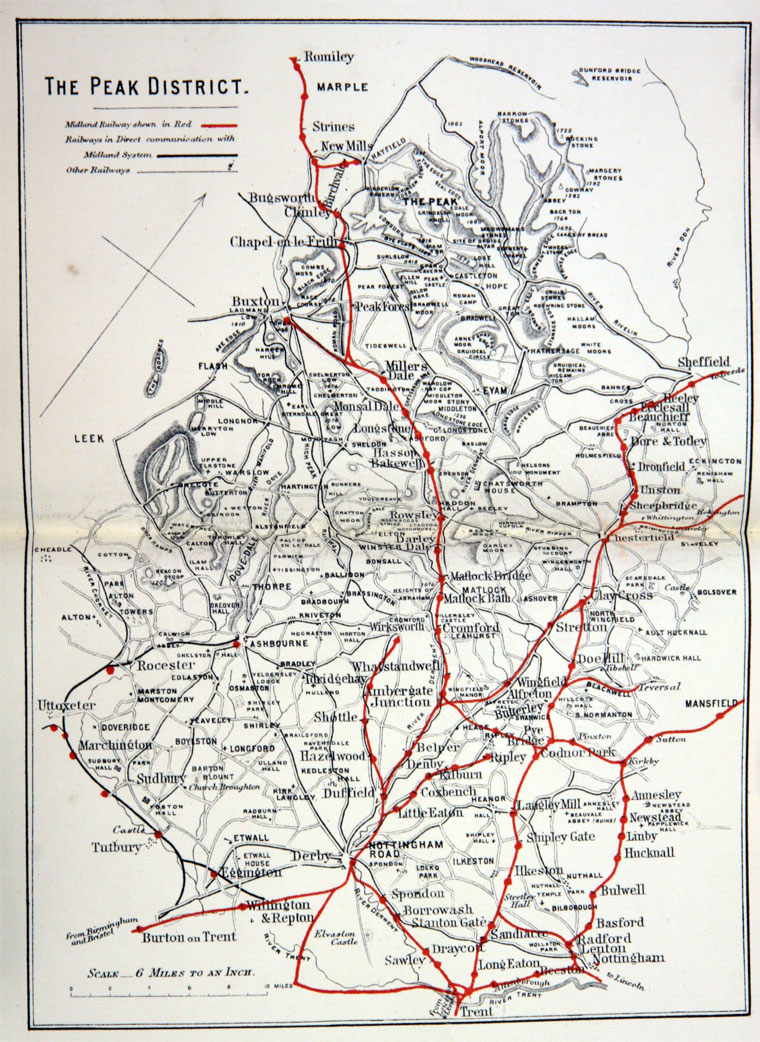 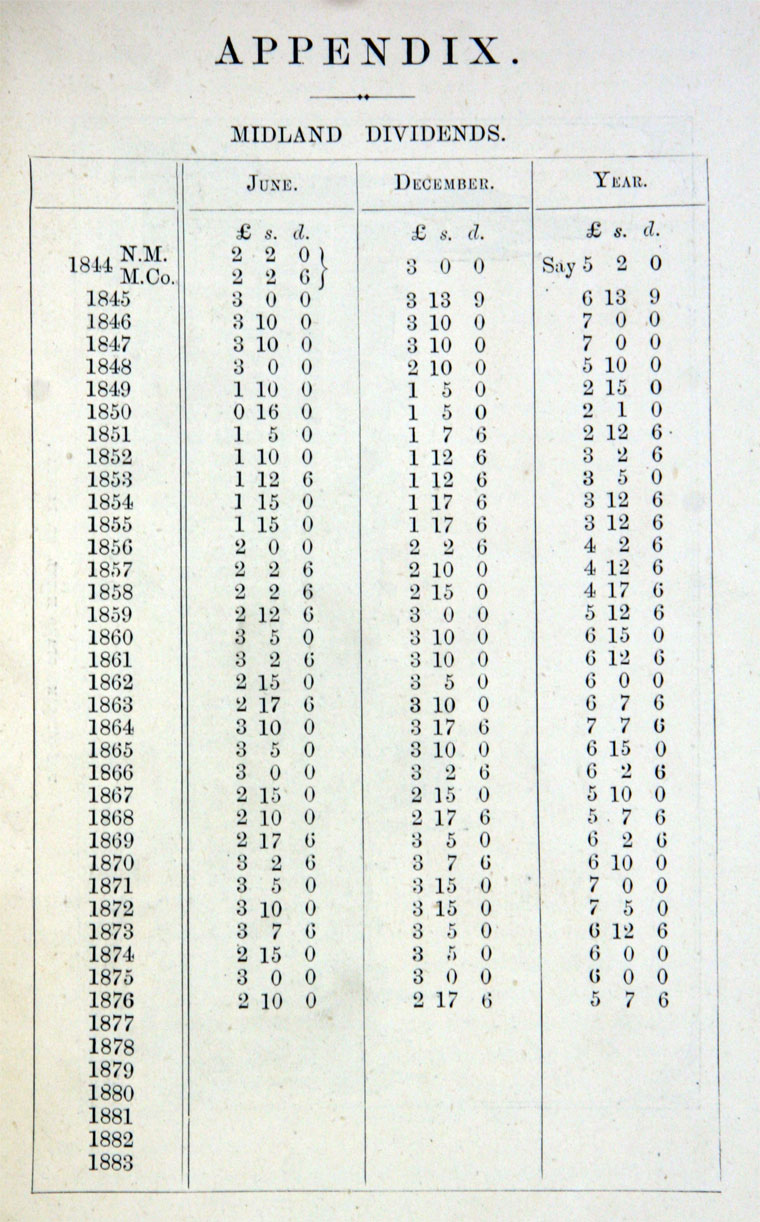 1889. Engine for the Midland Railway. 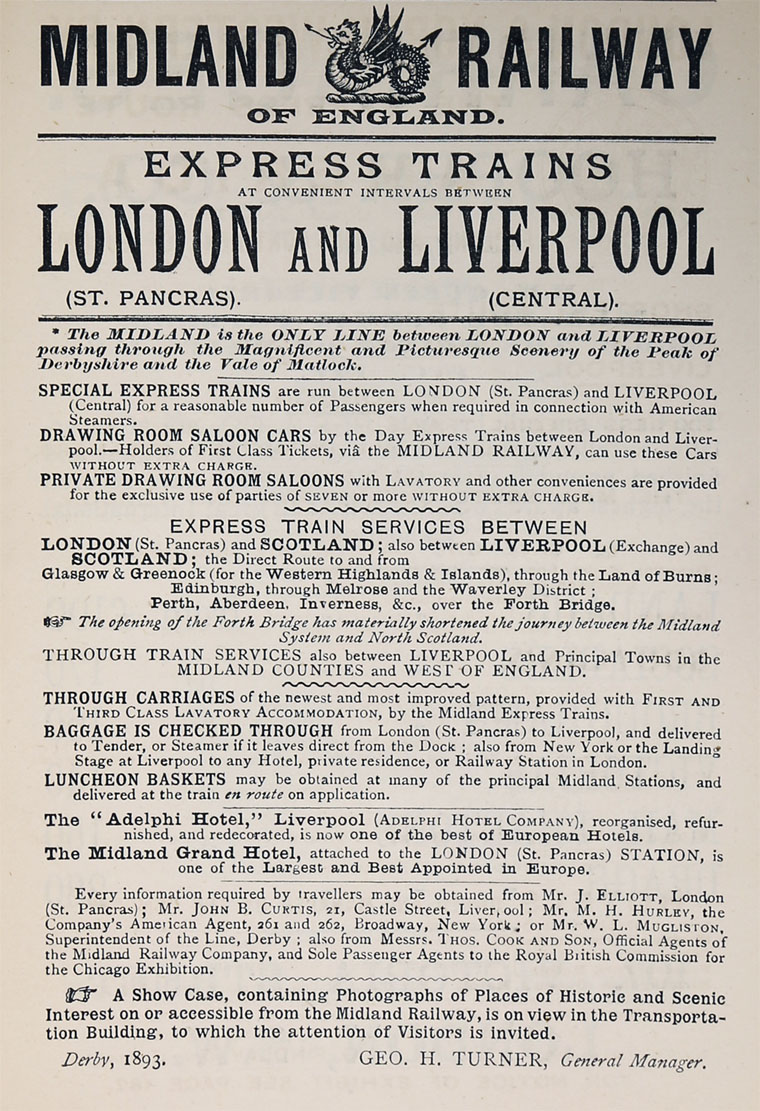 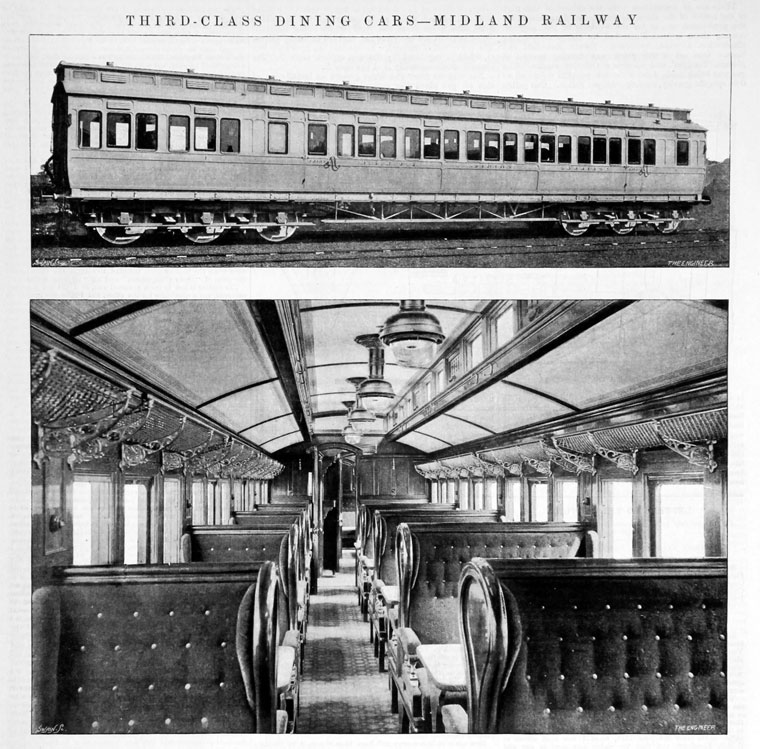 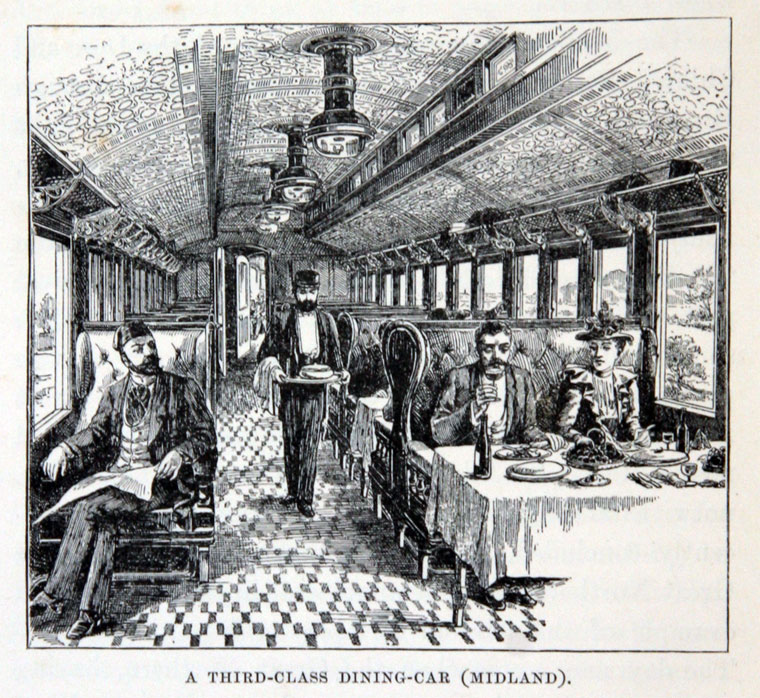 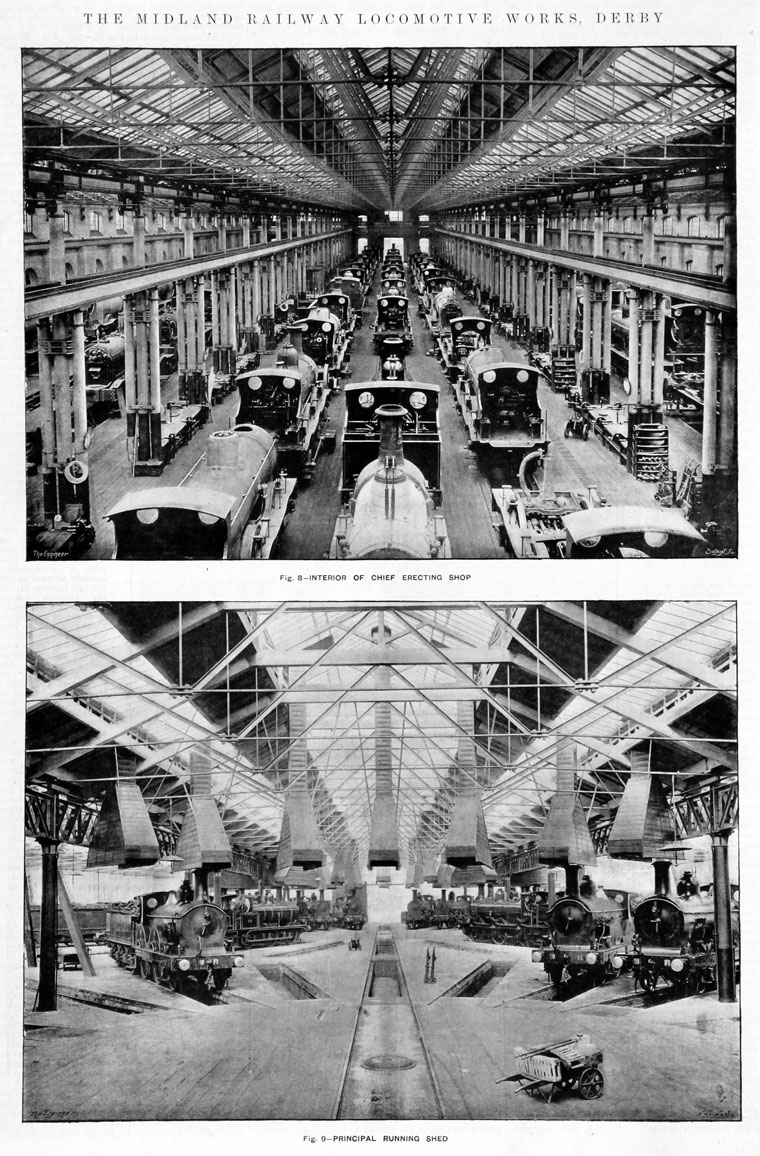 1897. Express Locomotive for The Midland Railway. 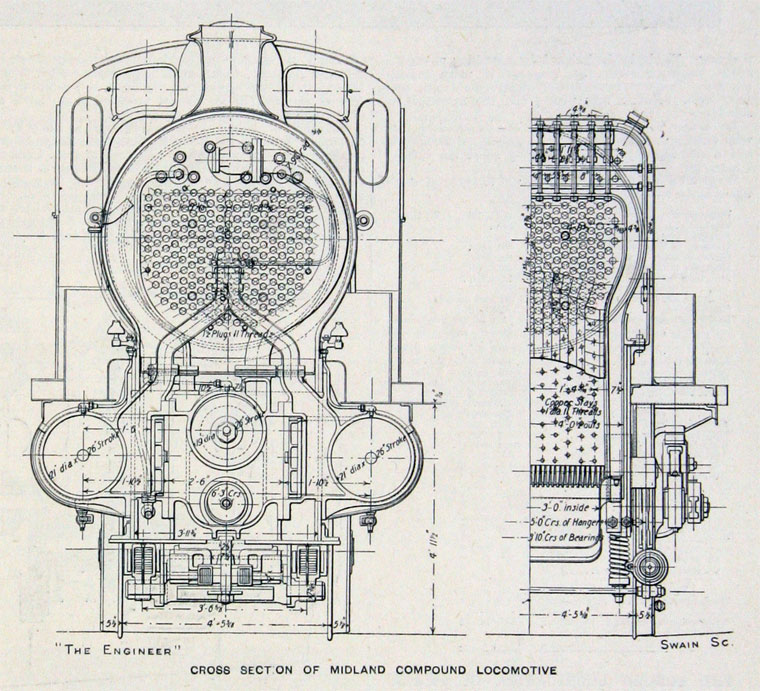 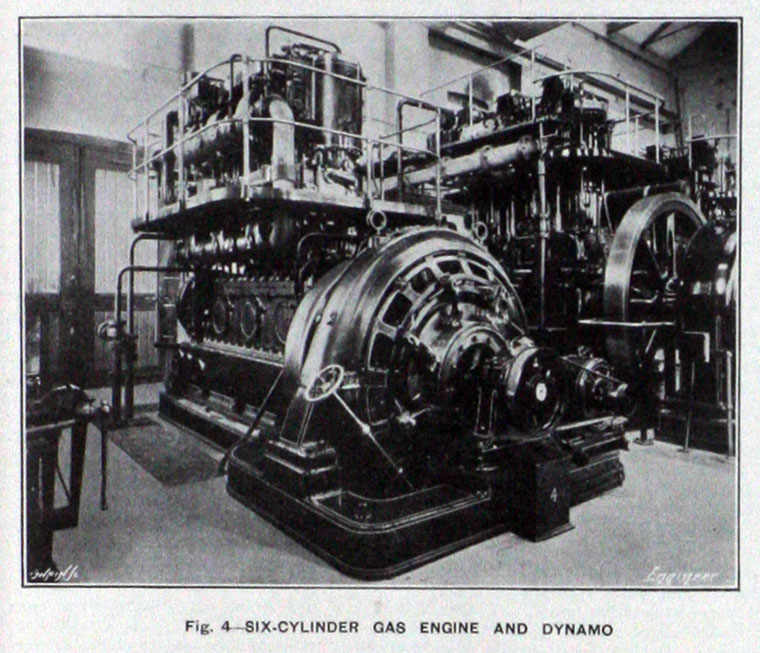 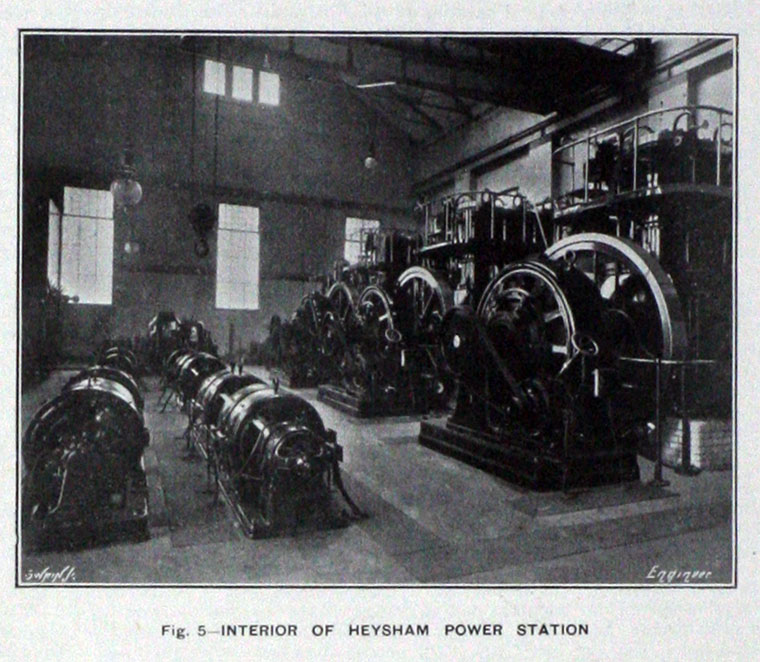 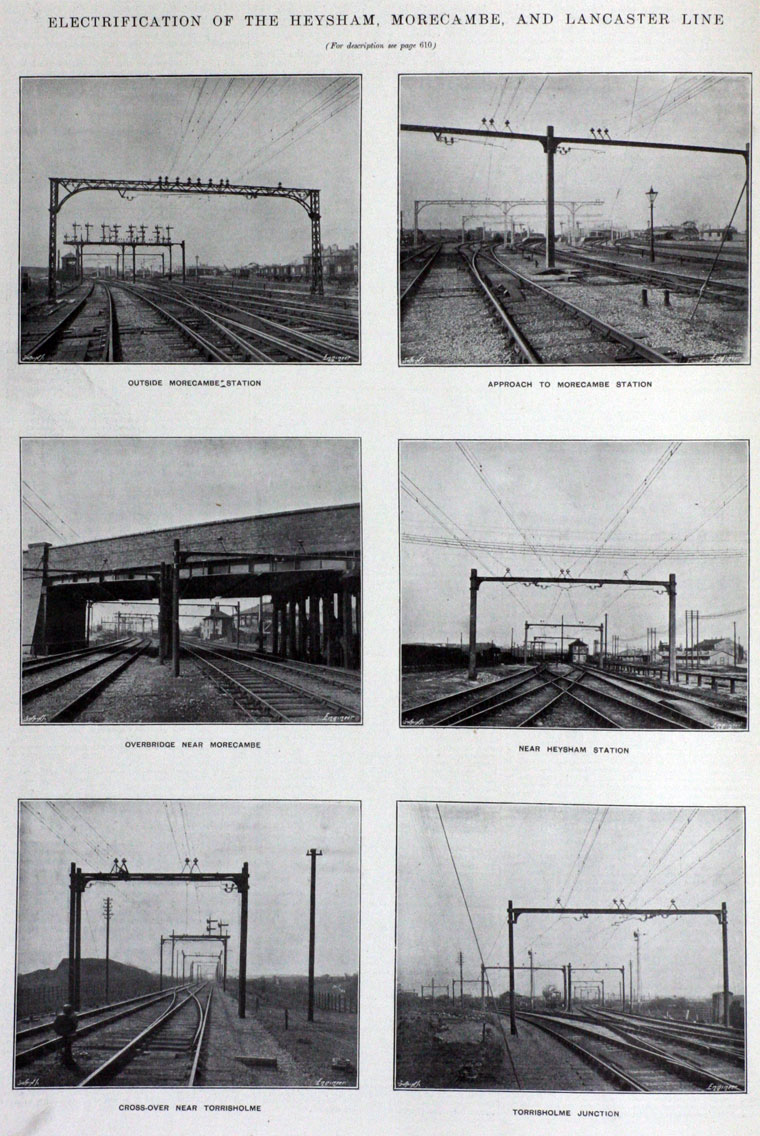 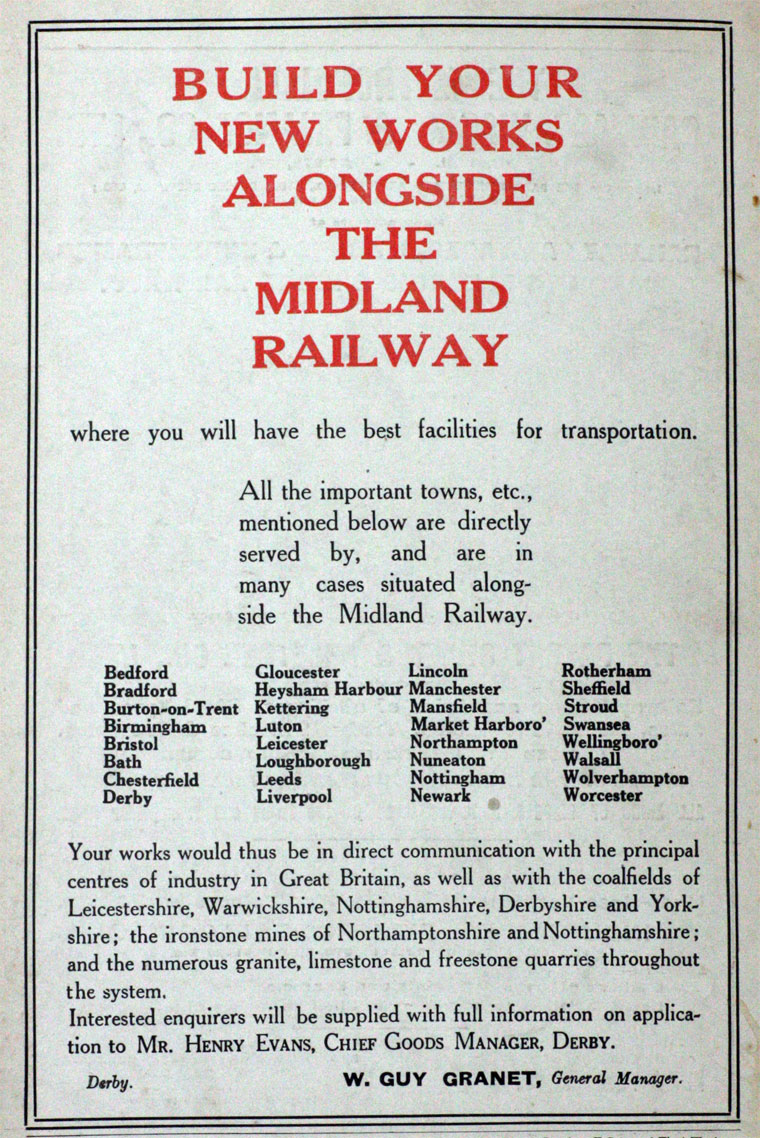 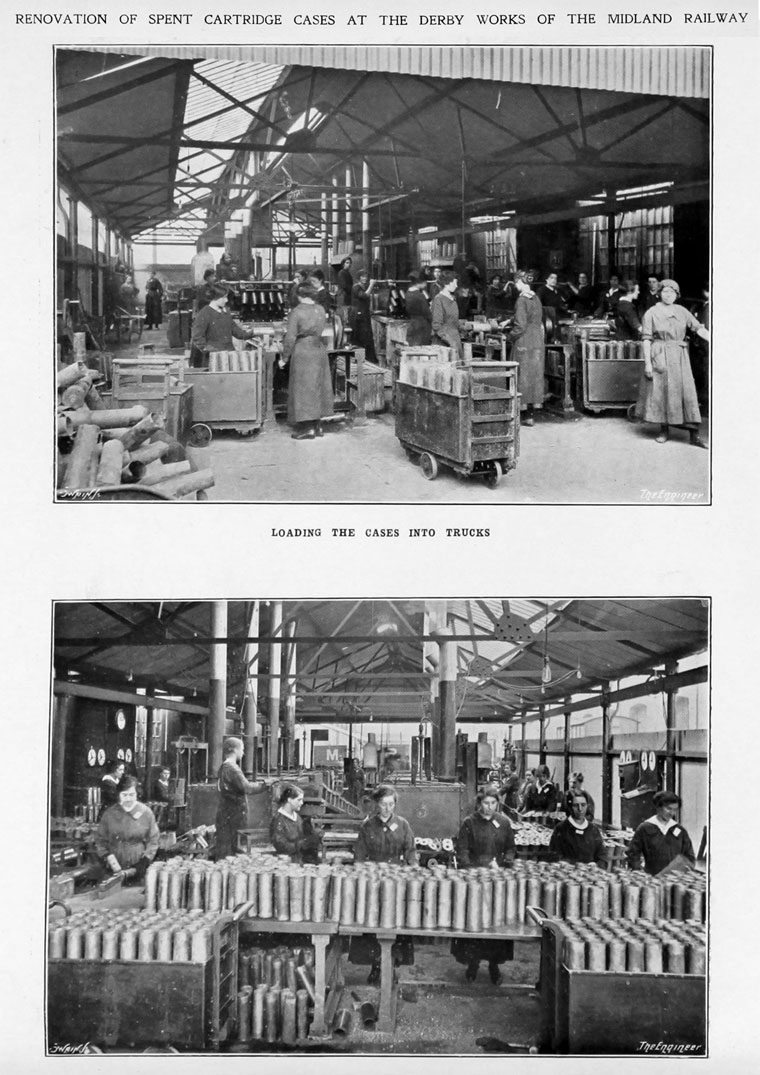 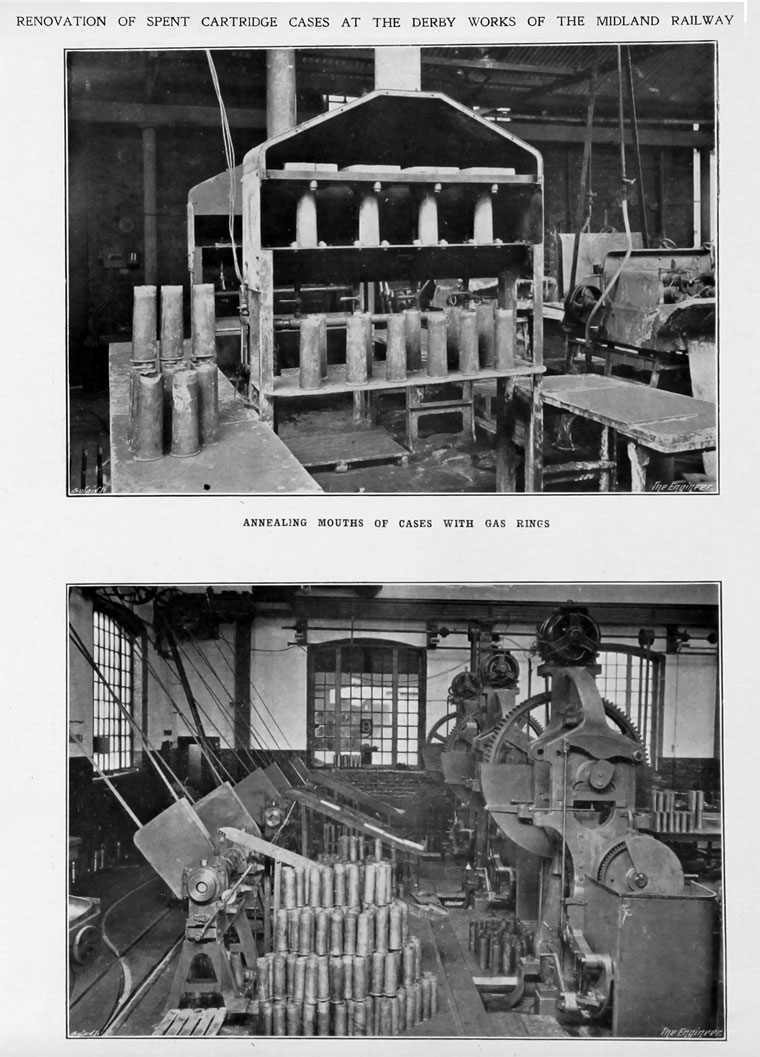 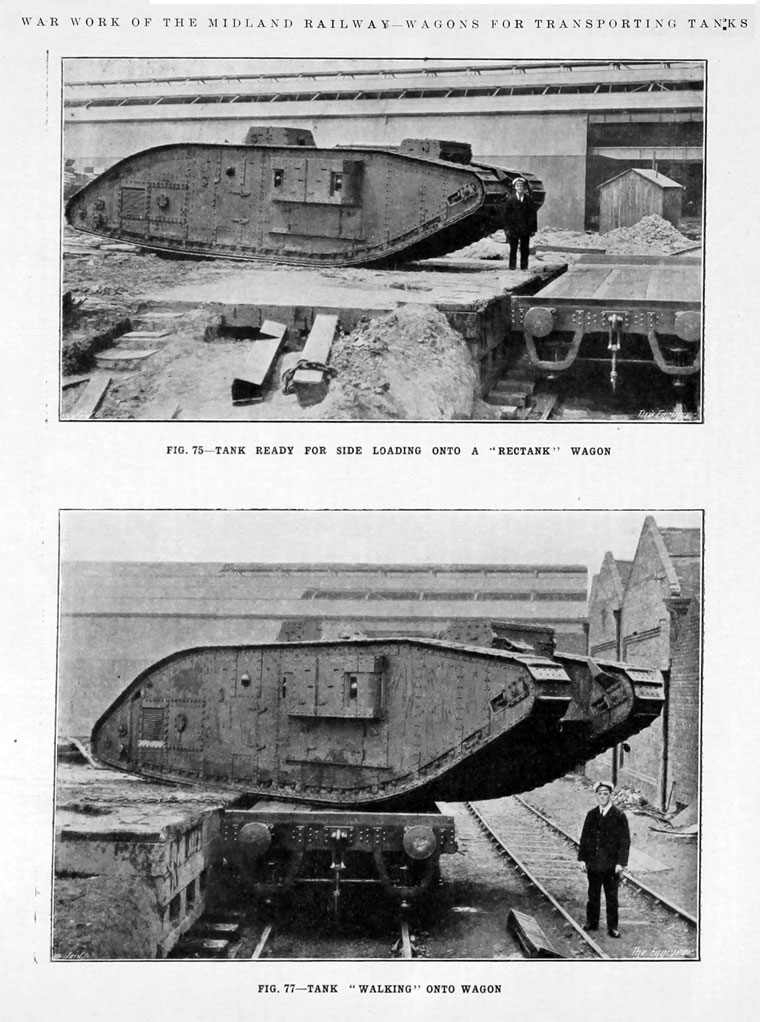 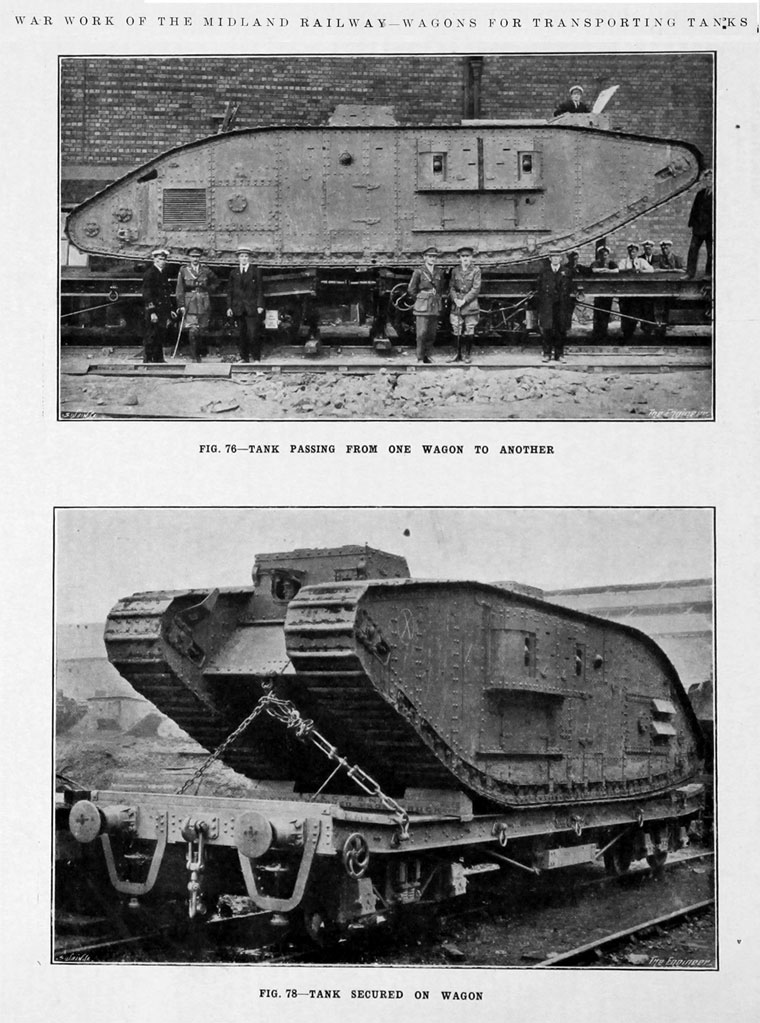 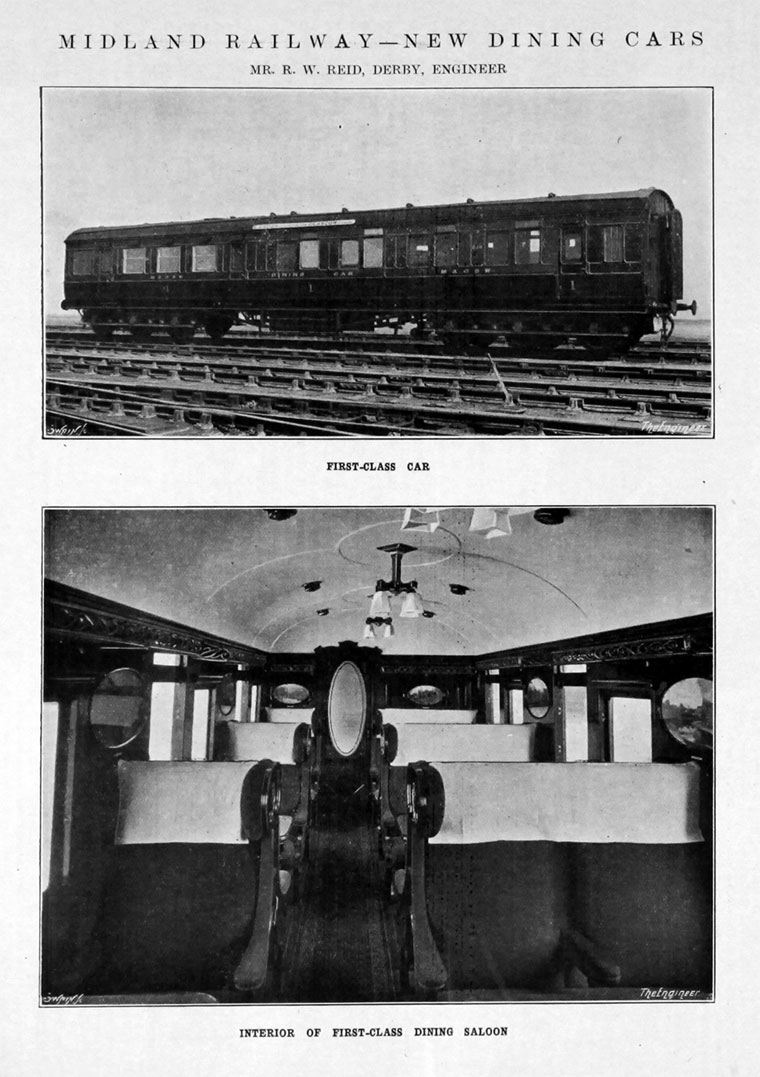 Read the article about The Midland Railway from One Hundred Years of British Railways in The Engineer here:

The Midland Railway (MR) was a railway company in the United Kingdom, which existed from 1844 to 1922.

1846 In competition with the GWR's plans to extend to Birmingham, after a legendary chance meeting on a train, of the Midland's John Ellis and two Birmingham and Gloucester directors, they took over the:-

1847 To build a connection between Chesterfield and Trent Junction at Long Eaton along the Erewash Valley to give access to the Nottinghamshire coalfields it took over the:-

1848 October 28th. Complaints over the running of the railway as it passed its zenith of ever increasing profits

1848 Report of a committee of investigation into the financials of the company. At this time William Henry Barlow is the Resident Engineer.

1851 June 4th. The purchase of the Leeds and Bradford Railway approved

1858 May 8th. Opening of the long planned Leicester and Hitchen line which included the Wellingborough Viaduct

1858 July. John Ellis the Chairman and Samuel Beale the Deputy-Chairman resign but Beale stays on for a period

1864 Samuel Beale is finally forced to resign due to ill health. W. E. Hutchinson is elected Chairman with W. P. Price as his deputy. Joseph Cripps an auditor of the company for twenty years died and the remaining auditor Alfred Allott signs the accounts with Major Robert Hearne of Gloucester put forward as a replacement.

The railway introduced the first British Pullman supplementary-fare cars. The non-contiguous numbering of classes, with 1st and 3rd class only, continued until 1956, when third class was renamed second.

1877 There are fifteen directors and each must hold at least £2,000 of company stock. The directors work in committees and these are the: Way and Works, Traffic, Locomotive, Carriage and Wagon, Finance, Construction (which is in two parts - north and south of derby), Parliamentary, Stores and the General Puposes. James Williams is the Secretary and James Allport is the General Manager.

1880 Allport retired in 1880, to be succeeded by John Noble and then by George Henry Turner

1894 A connection between Sheffield and Manchester, by means of a branch at Dore to Chinley, opened in 1894, involving the construction of the Totley and Cowburn Tunnels, now known as the Hope Valley Railway Line.

1902 On May 1st the Midland, by the opening throughout of the New Mills-Heaton Mersey line, obtained a shorter route to Manchester, and over its own metals to Throstle Nest Junction, immediately outside Manchester Central Station. A loop at Cheadle Heath gave access to the Cheshire Lines, and thence to Warrington and Liverpool. The Whitechapel-Bow was opened on June 2nd. The only serious accident of the year occurred at Hackney on April 25th, when three lives were lost as a consequence of the breakage of the axle of a carriage.[3]

1908 The company, as it stands now, is the result of the 1844 amalgamation of the Midland Counties Railway, the Birmingham and Derby Junction Railway and North Midland Railway companies. The line is 1,654 miles in length, and the company partly owns 325 miles more. [4]

1908 Completed the electrification of the Lancaster to Morecambe and Heysham line using overhead structures; the work was designed and carried out under Mr. W. B. Worthington, the chief engineer of the Midland Railway Company, by Mr. J. Sayers, the telegraph engineer of the company, and Mr. Argyle, the northern divisional engineer.[5]

The company was grouped into the London, Midland and Scottish Railway (LMS) on January 1, 1923 and was the most influential of the pre-grouping companies that formed the LMS