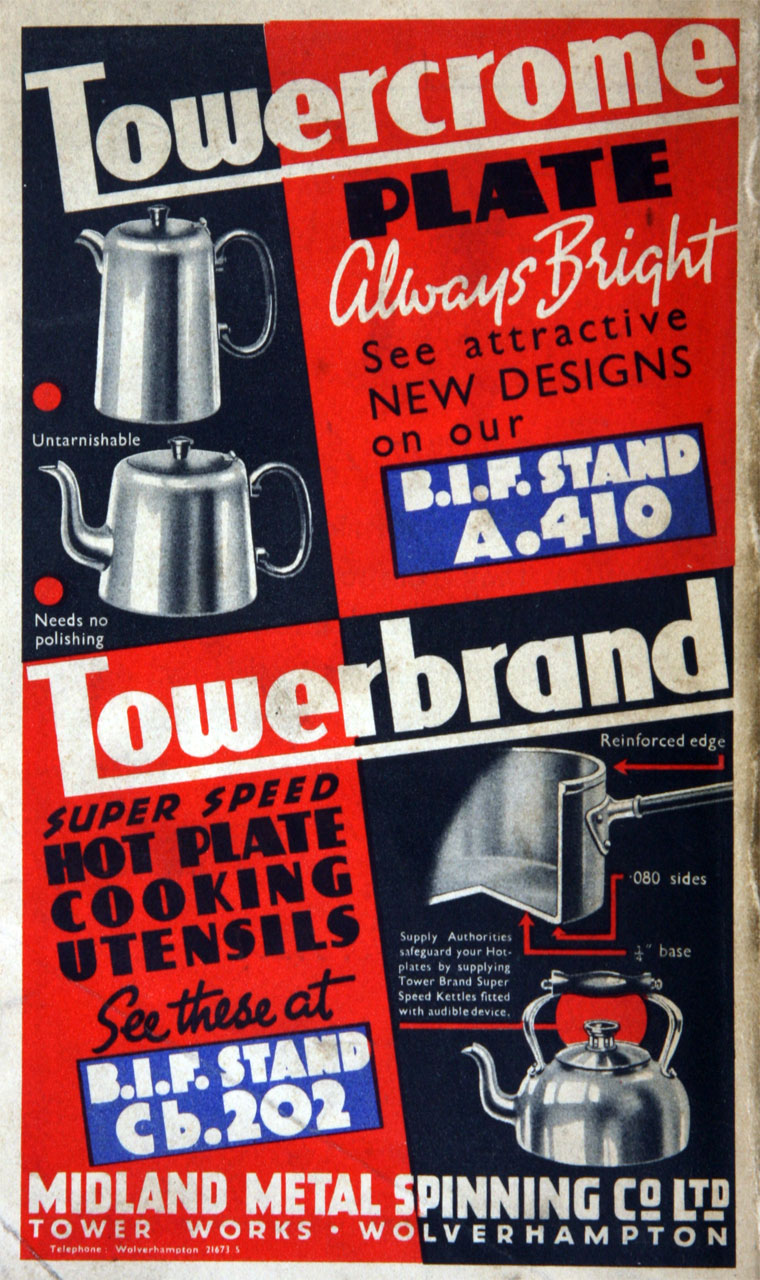 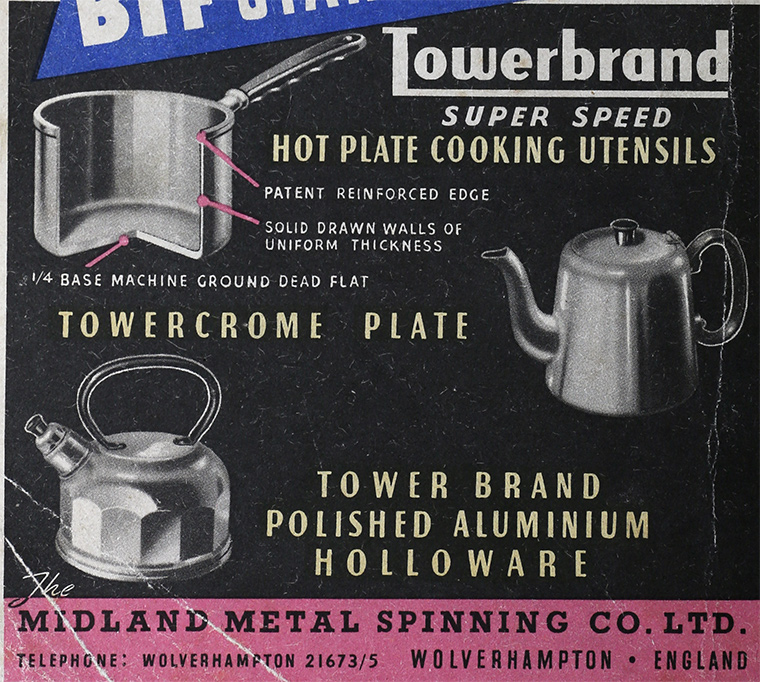 1919 Company founded. The company was founded by George Cadman, (who was then 65 years old), as a holloware company, in St. Mark's Street.

At some time they moved into the Tower and Fort Works in Pelham Street, presumably when the Clyno Engineering Co vacated them.

Midland Metal Spinners had two important brands: Presto and Tower. (It seems that the Tower brand name came from the name of the works and not the other way round, as Tower Works were so called in the 19th century).

The Presto brand mainly made pressure cookers, coffee makers and singing kettles. Tower made every other sort of domestic holloware.

1955 South Western Industrial and Water Corporation recognised it was not a horizontal or vertical combine, nor an investment trust. It was thought better than it was split into 2 groups - Midland Aluminium Ltd and Staffordshire Potteries (Holdings) Ltd[2]. Midland Metal Spinning became part of Midland Aluminium

The company left Wolverhampton and moved to Wombourne.

The company became associated with Russell Hobbs. Other details of their history seem to have been lost.

1991 When Polly Peck collapsed, Russell Hobbs was sold to Pifco