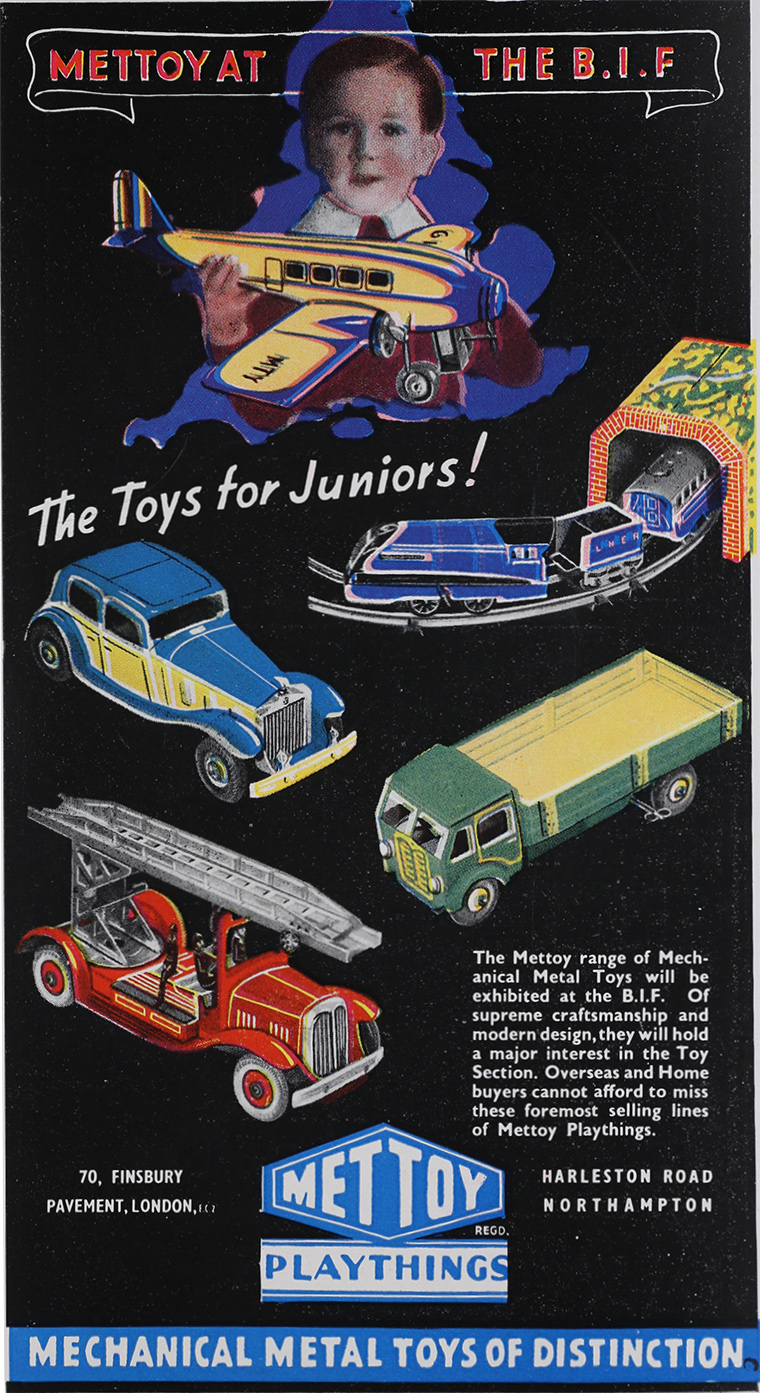 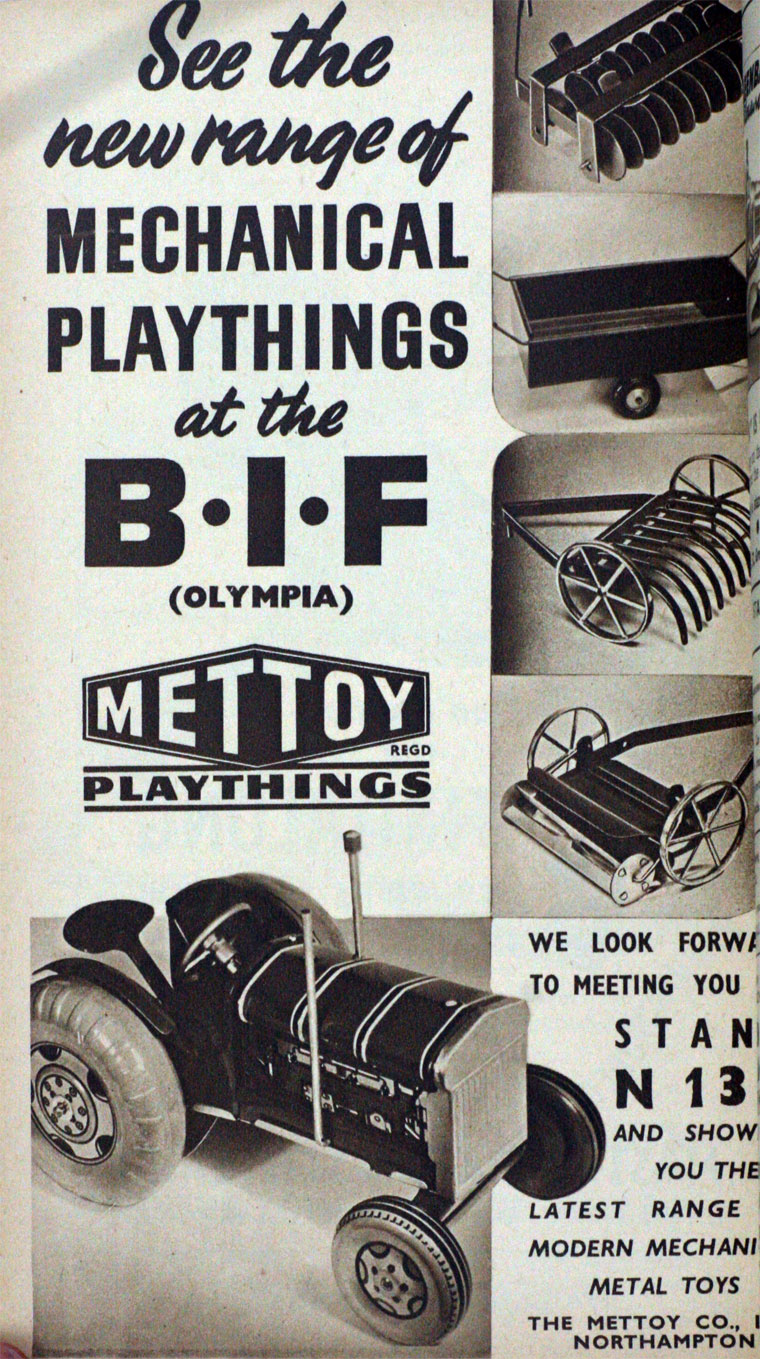 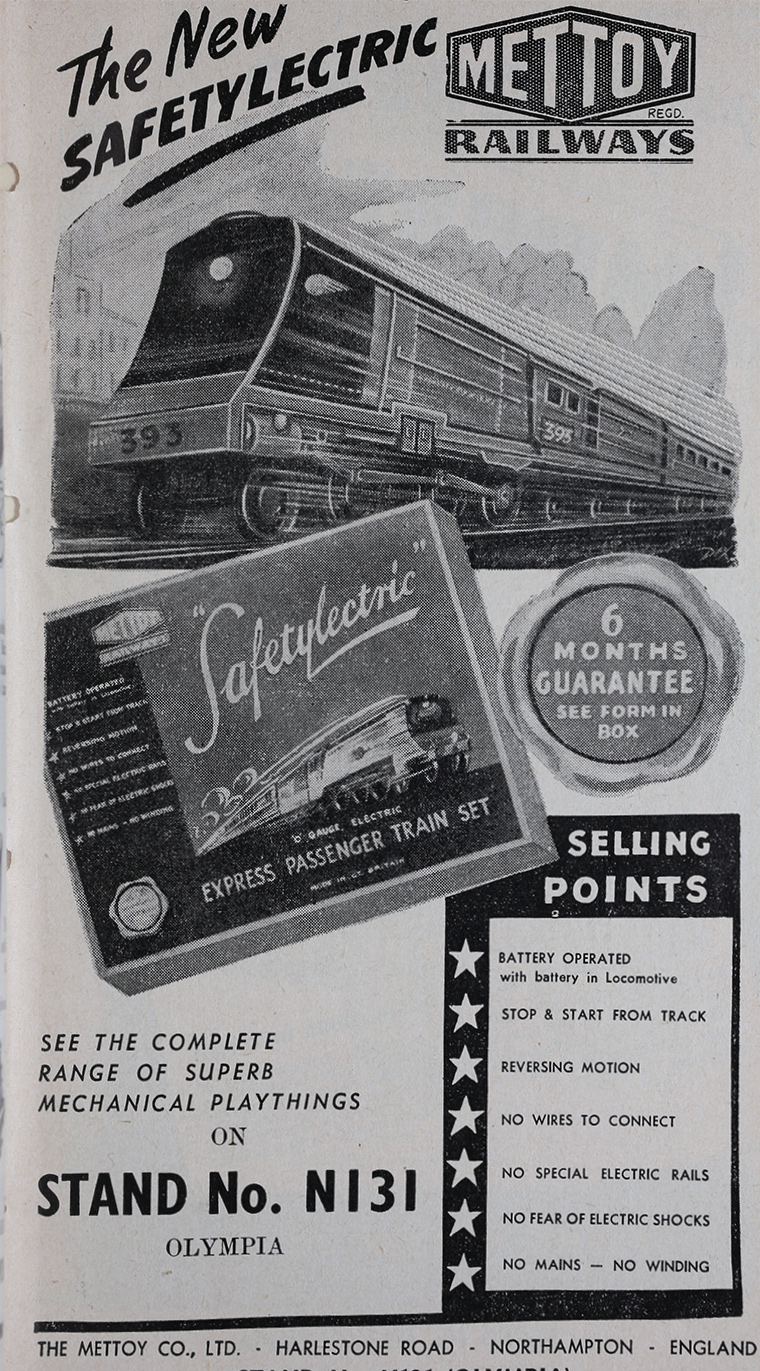 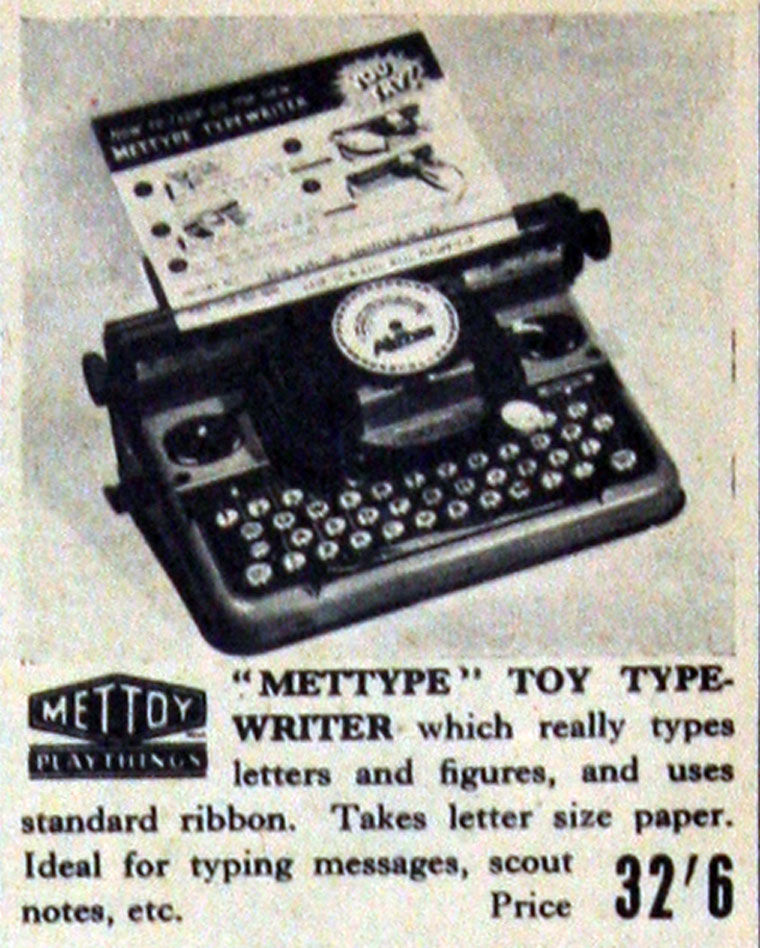 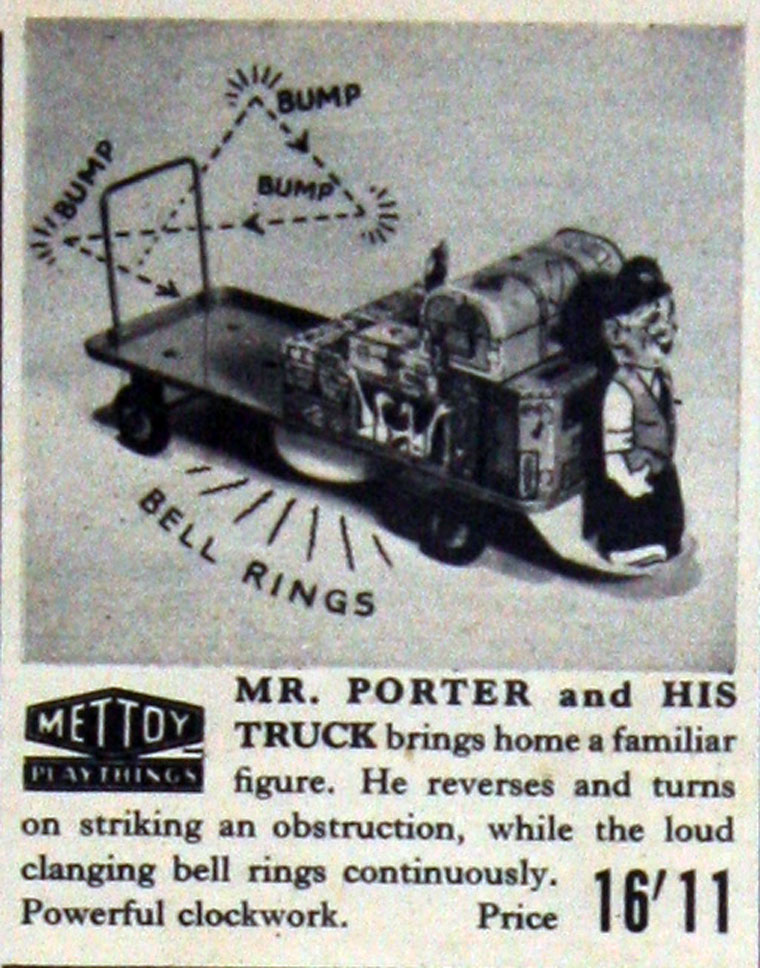 1933 Founded by German emigree, Philip Ullmann, who set up a business in Stimpson Avenue, Northampton, in the basement of Winteringham who did the manufacturing for him. Ullmann had 21 years experience running his own toy company in Germany called Tipp, and he was soon joined by South African born German, Arthur Katz, who had worked for him there.

In the 1940s and 1950s Mettoy produced a range of die-cast model vehicles which, although crude, proved to be popular, and Ullmann and Katz realised that a wider range of toy cars could not only be profitable, but could also break the hold that Meccano's range of Dinky Toys had over the market.

A factory was built in Swansea to manufacture the new range of toys providing up to 6,000 jobs in an area of high unemployment following the scaling down of local coal mining operations. The name Corgi Toys was chosen by Philip Ullmann in honour of the new location and was taken from the Welsh breed of dog, the Corgi. It was also snappy and easily remembered, and echoed the name of their great rival, and the famous Corgi dog logo was chosen to brand the new range. Corgi Toys' initial sales gimmick was to include plastic glazing which lent the models a greater authenticity, and they rapidly became known as 'the ones with windows'.

Also made Playcraft model railways at some point.

The 1956 releases concentrated on British vehicles which would have been familiar to youngsters at that time. The first six models to be issued were all saloon cars that 'Dad' may have owned.

1960s By the late 'sixties, the toy car market had changed with the arrival from the U.S. of Mattel's Hot Wheels range and their associated track sets.

1969 Sales of Corgi Toys had already started to decline when a disastrous fire at the Swansea factory, in March, destroyed a warehouse full of models awaiting delivery.

Even one of the company's cleverest innovations, the Golden Jack 'Take-Off-Wheel' system which first appeared in March 1968 couldn't halt the slide. Only seven models were produced between 1968 and 1970 with this novel feature.

Sales remained fairly static over the years, but by the late seventies the models had become less innovatory and sales slumped continually into the 1980s.

There were many reasons for the decline of Corgi Toys, and indeed the entire toy car industry; not least the changes in tastes of youngsters, the spiralling cost of developing new features that would capture the imagination, and the emergence of computer games consoles.

Increasing costs and decreasing sales revenue meant that there was not the funds available to develop the ingenious toys of the past, and the models now sold in their thousands rather than in the millions that they achieved during the range's heyday.

1983 The end finally came when Corgi Toys were forced to call in the Receiver after years of staving off the inevitable, just three years after the demise of their greatest rival Dinky Toys.