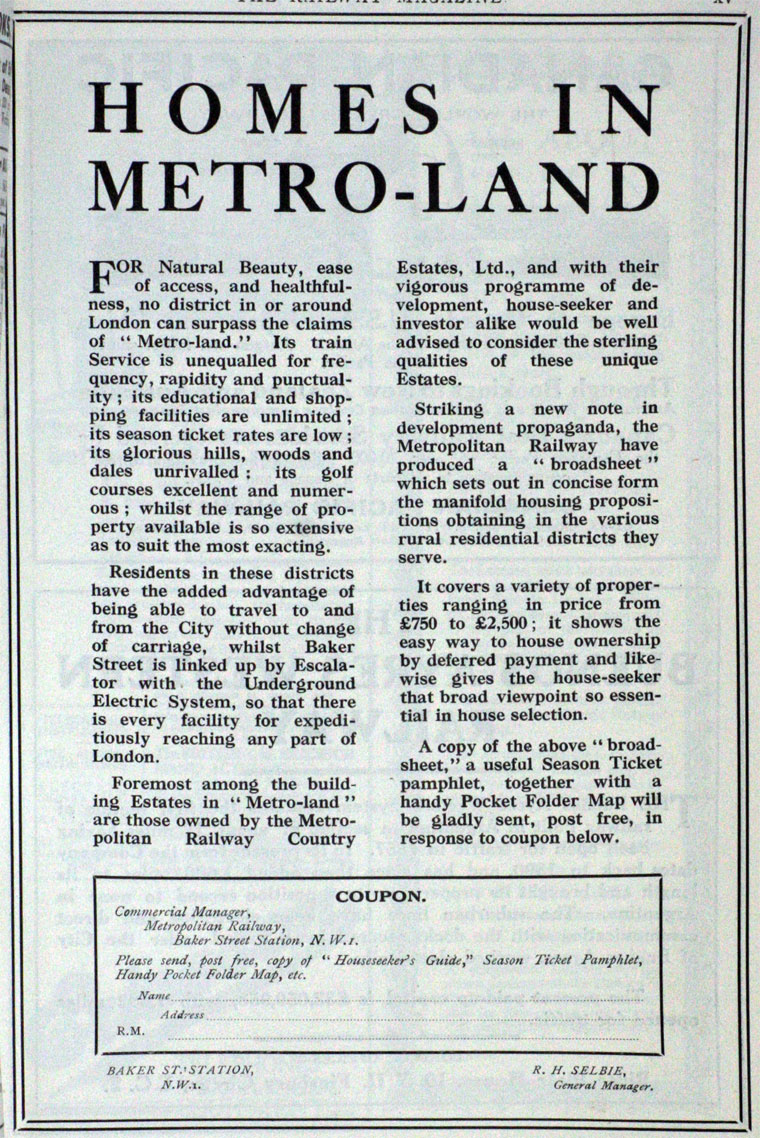 1860 February. Construction began with John Fowler as the building engineer and Thomas Marr Johnson as resident engineer. The construction was by Smith, Knight and Co and John Jay. This caused massive traffic disruption in north London: during the work the Fleet Sewer burst into the diggings and flooded the partly-built tunnel.

1863 January 10th. Opened a 3.75 mile section from a junction with the Great Western Railway (GWR) main line at Bishops Road, Paddington to Victoria Street (later Farringdon Street) in the City of London. A plaque commemorating the opening is at street level outside Baker Street station on the north side of Marylebone Road. From opening the line was worked for six months by the GWR with broad-gauge rolling stock. These, designed by Daniel Gooch were probably amongst the most ungainly and clumsy locomotives of their day. Unlike those of other Great Western Railway broad gauge engines, the cylinders were outside, and owing to the width of the gauge, were spaced at about 8ft 2.5in centres. [1]

1863 In August, after massive disagreement between the two companies, the Metropolitan Railway found itself having to work the line, and provide standard gauge rolling stock, at six months’ notice. With assistance from the Great Northern Railway this was achieved

1882 The Metropolitan extended its line towards Tower Hill

1884 The District completed its extension from Mansion House to Trinity Square, completing the much awaited Inner Circle Railway[3]

1895 The Manchester, Sheffield and Lincolnshire Railway started building its "London Extension" from Annesley in Nottinghamshire to join the existing Metropolitan Railway Extension at Quainton Road, where the line became jointly owned, returning to its own metals at Harrow for the final section to Marylebone. The line opened for coal traffic on 25 July 1898.

By the turn of the century the Metropolitan Railway had its foot in both the main-line and the underground system in London.

1900 Tender issued by the Metropolitan Underground Railway Co for electrification of over 50 miles of track but the Metropolitan Railway favoured an A.C. system using overhead distribution at 3kV, whilst the District Railway Co favoured a D.C. system using a third rail at 500V. A tribunal was set up to decide which system should be used. The recommendation was for the D.C. system[5].

1905 the first electric trains ran on the Metropolitan Railway system[6].

1908 The company owns 69 miles of line, and jointly with others, another 2 miles. A portion of the undertaking has been worked by electricity since 1906. [7]

1933 A public corporation called the London Passenger Transport Board (LPTB) was created. The London municipal and independent bus and tram undertakings, including the Metropolitan Railway, were absorbed into the LPTB.

The Metropolitan Line is now administered by Transport for London

History Published in The Engineer

A series of articles of the History of the Metropolitan Railway were published in The Engineer in 1895.

Read them on Grace's Guide at the links below;

A series of articles on the electrification of the railway was published in The Engineer in 1905: