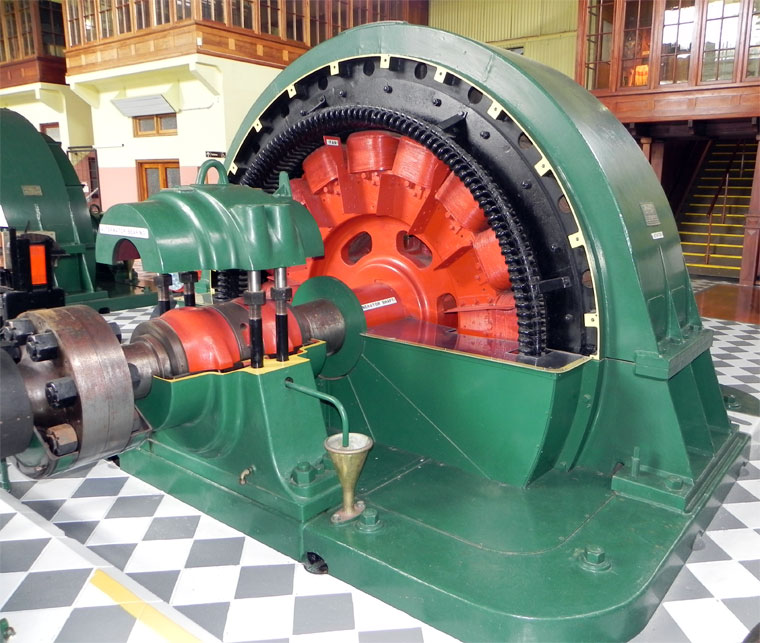 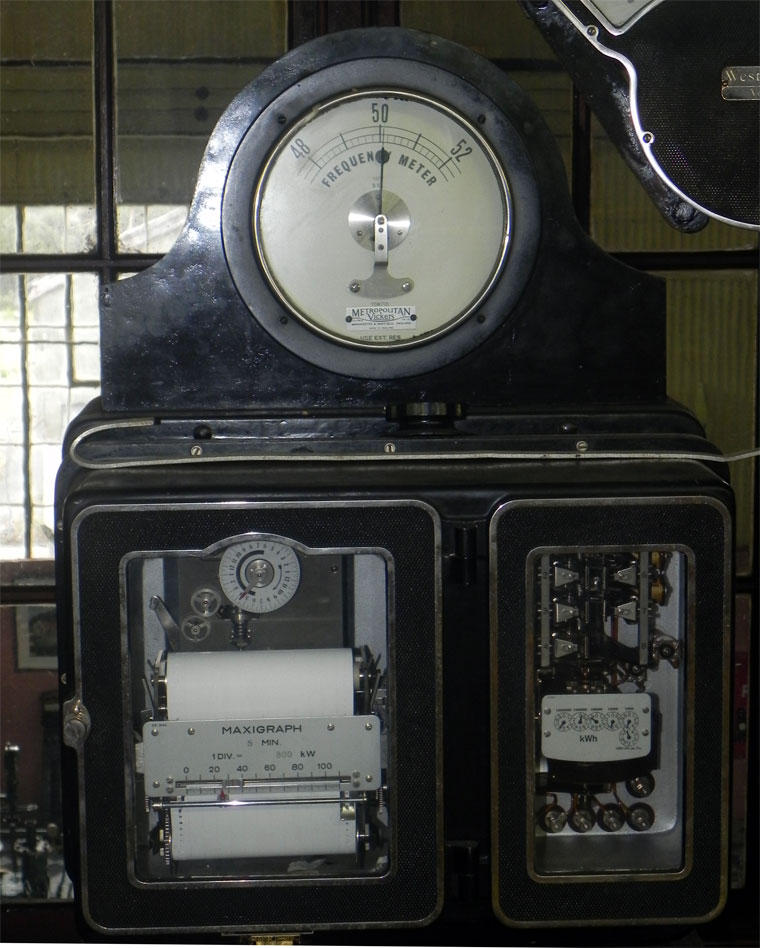 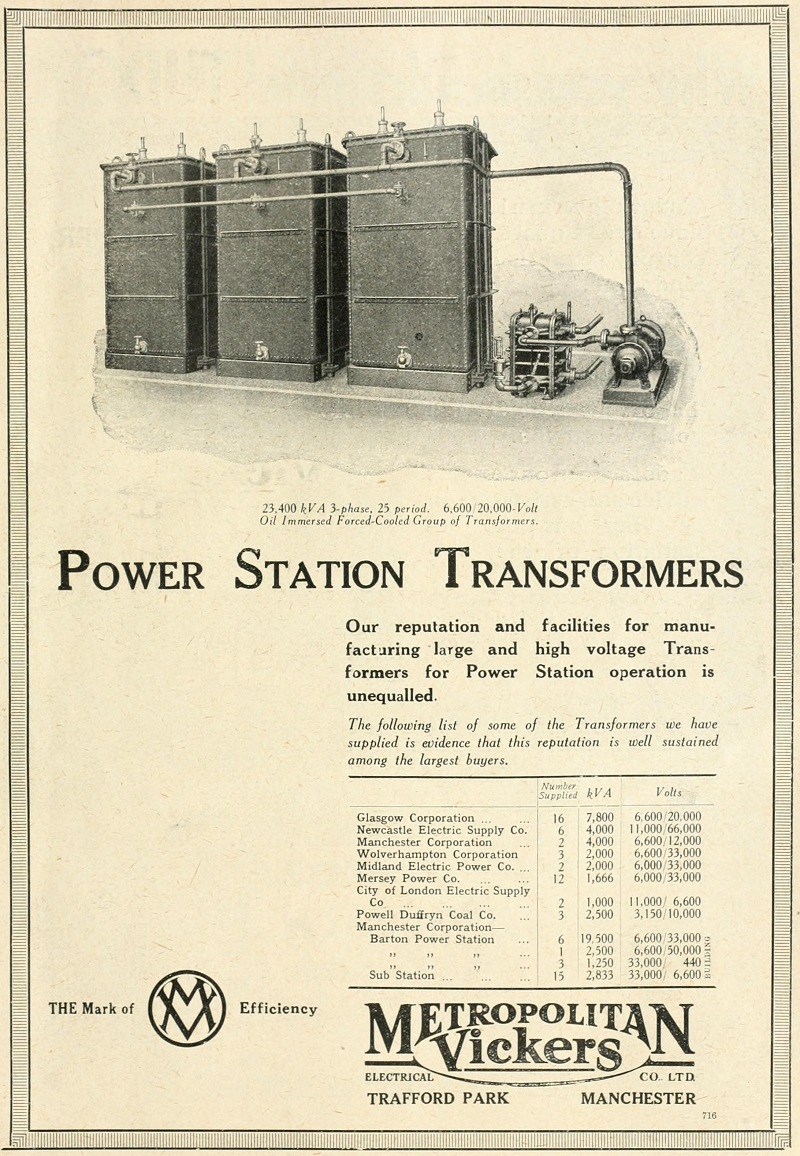 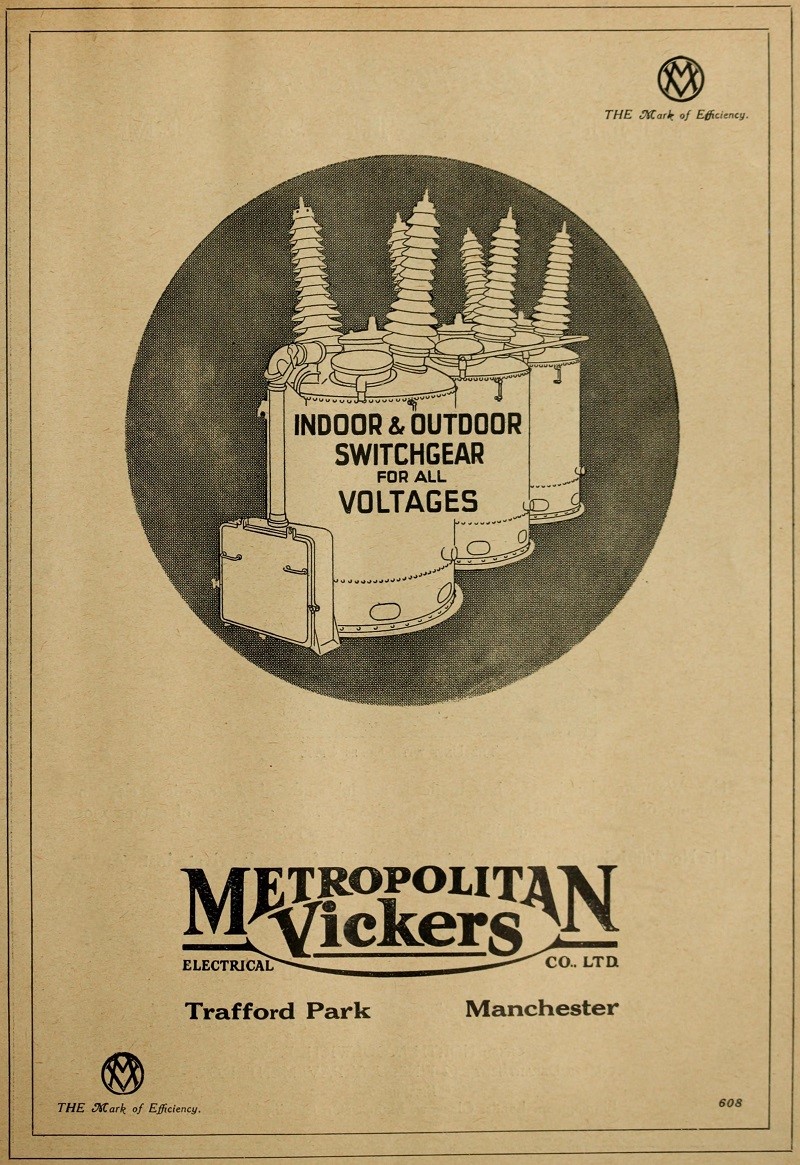 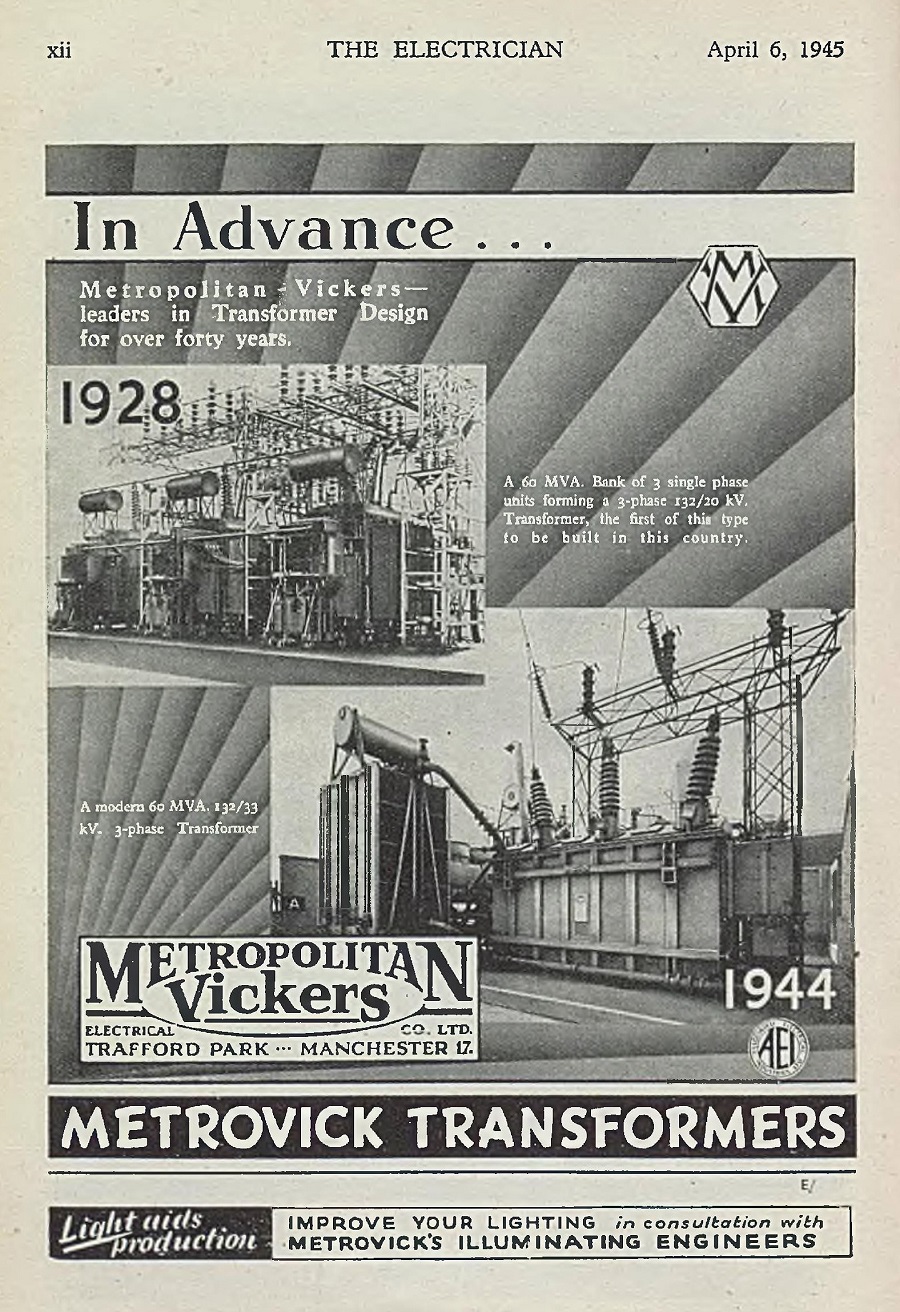 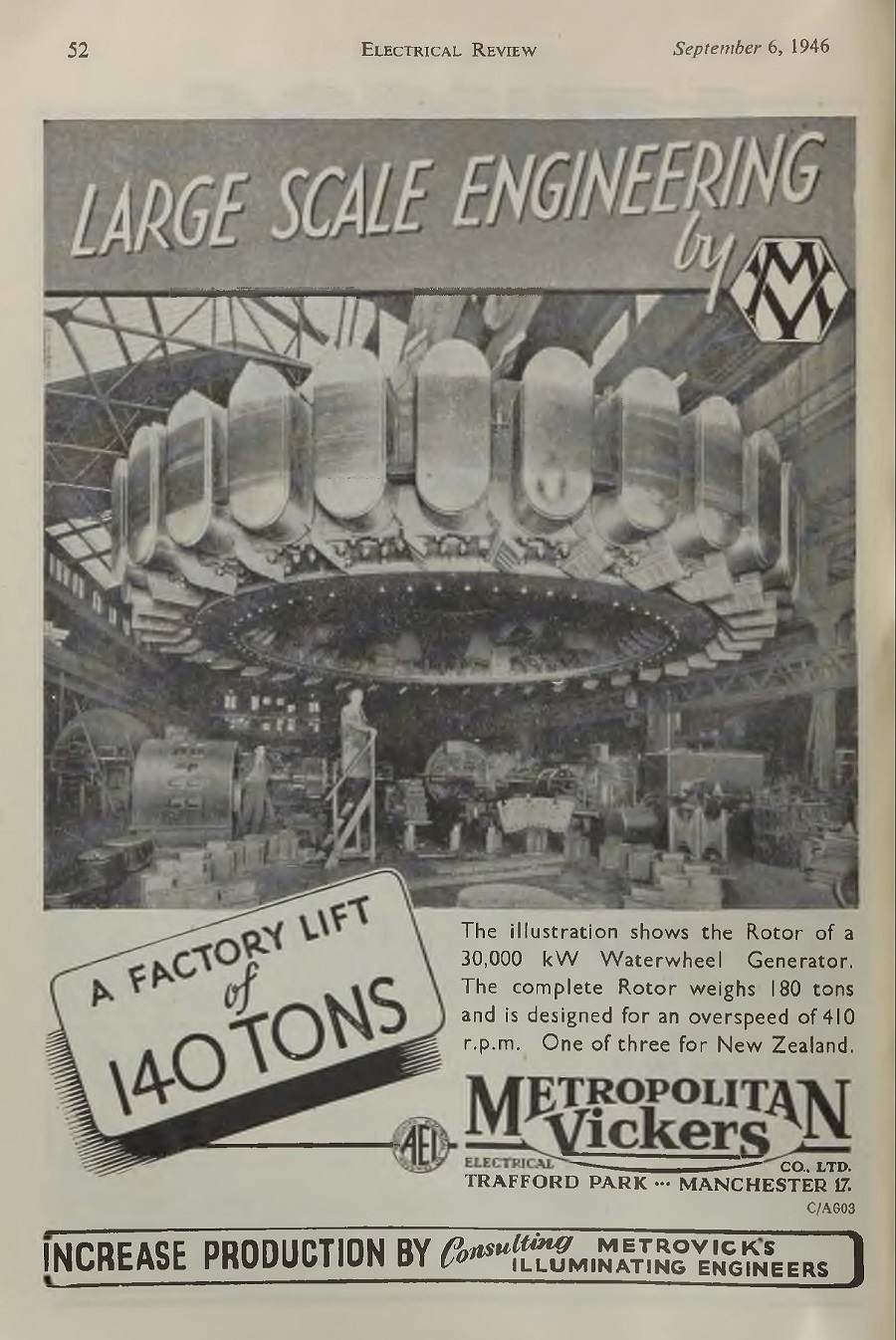 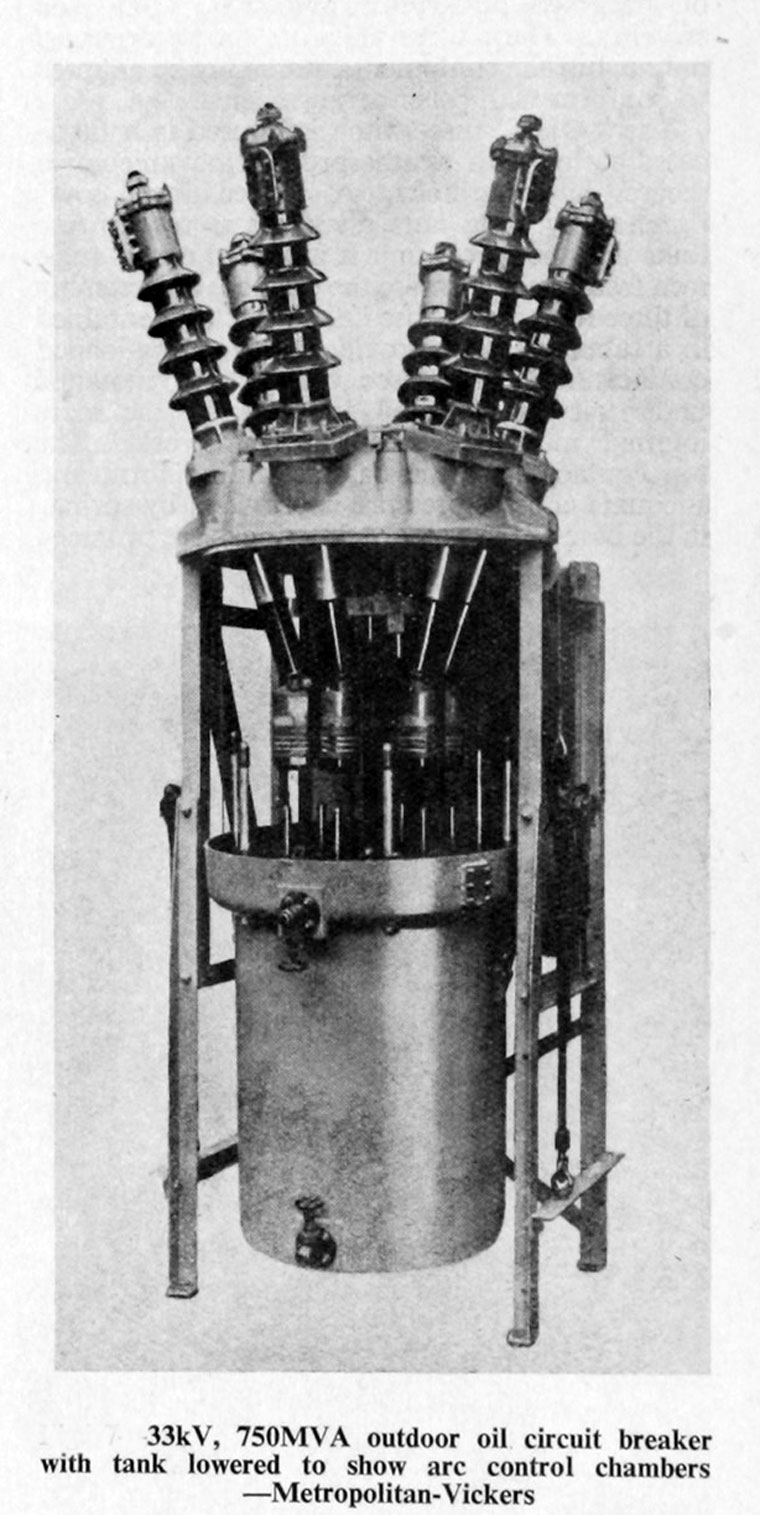 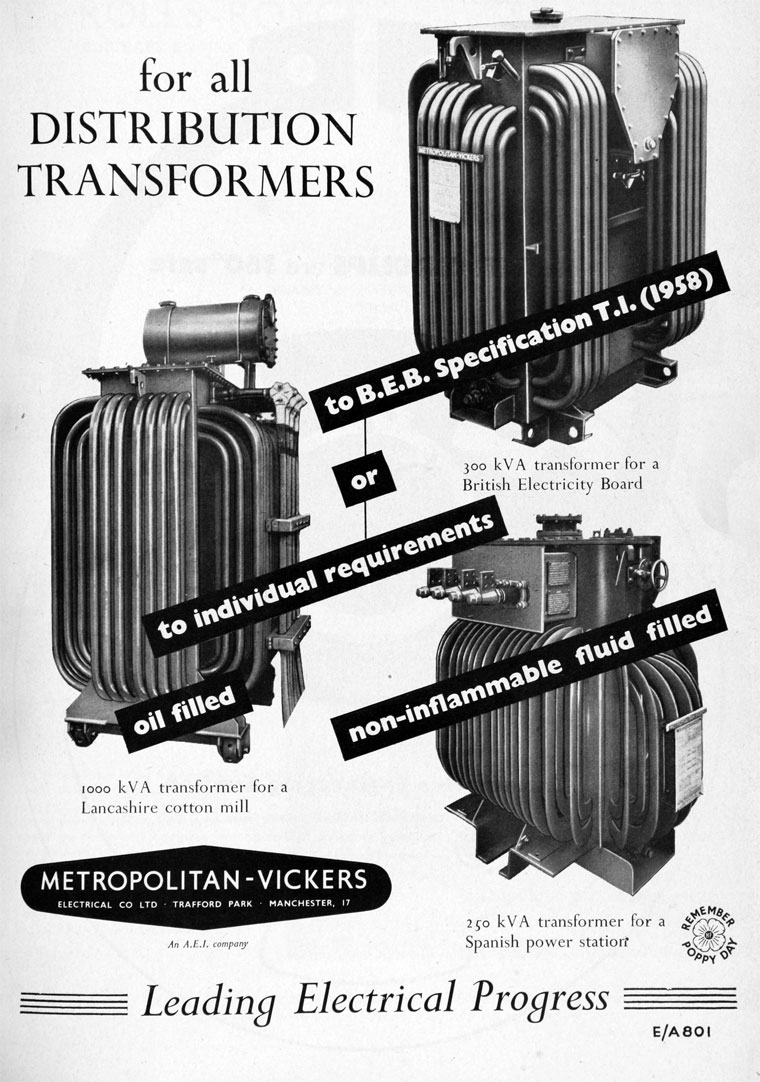 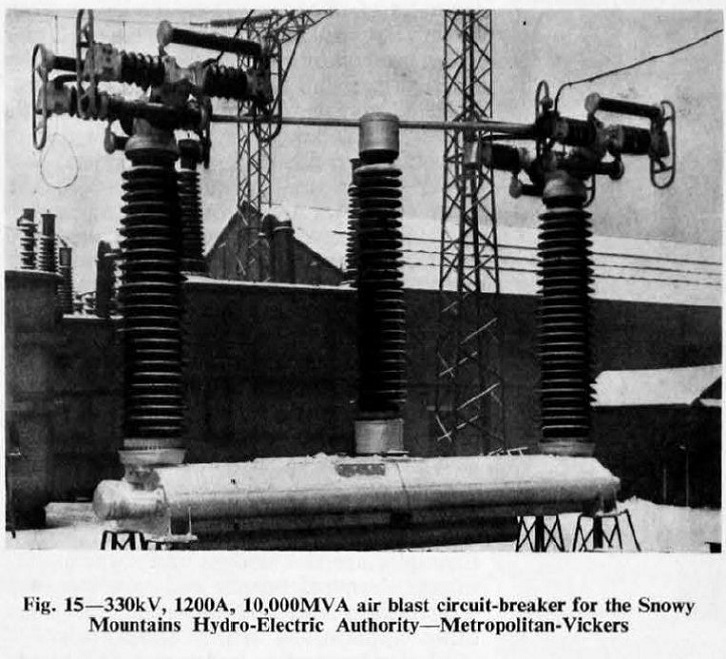 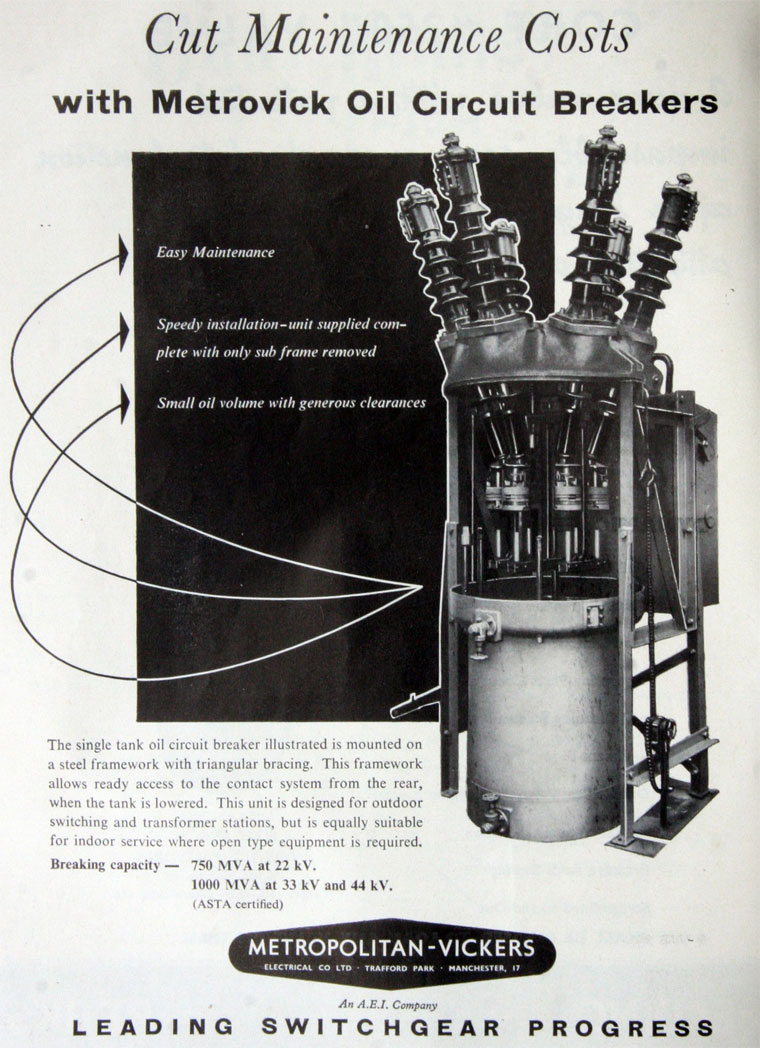 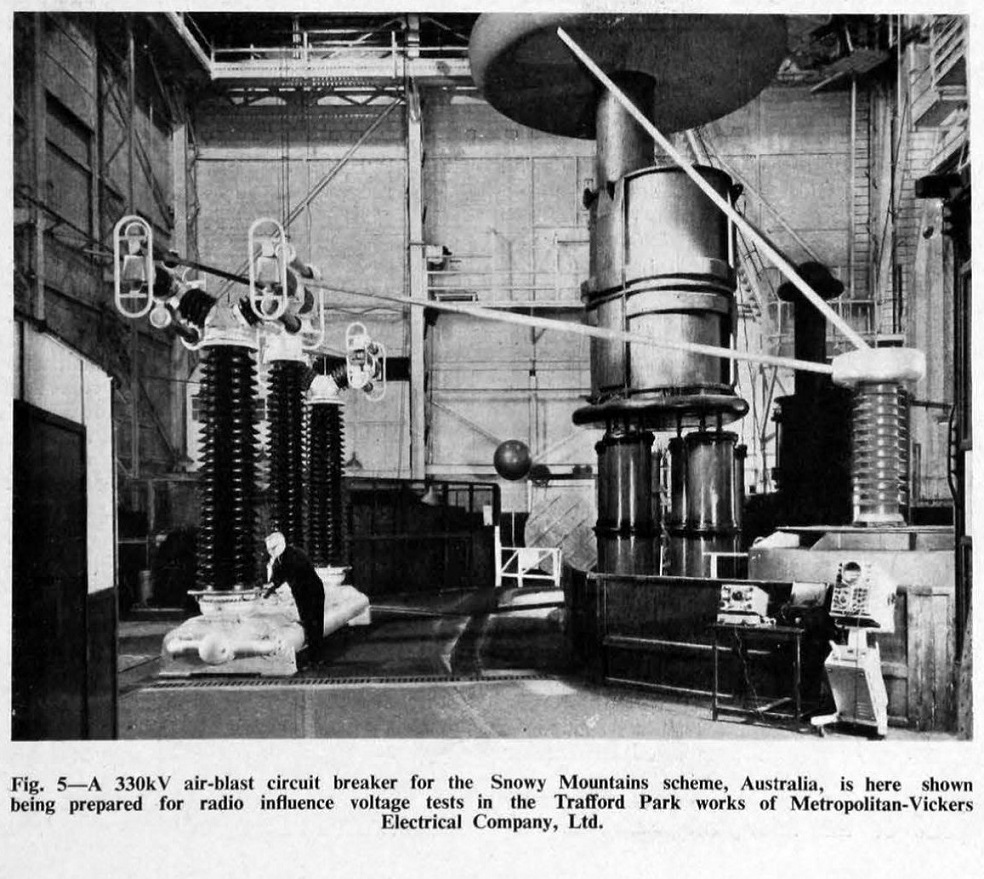 Note: This is a sub-section of Metropolitan-Vickers

1919 Construction of steam turbines, generators, transformers, switchgear and converter plant had been a major part of the activities of the predecessor company, British Westinghouse.

In addition to large steam turbines and generators for central power stations, M-V produced small, self-contained units with gearboxes and condensers. Nearly 500 had been made by 1949, including many mobile units for the USSR in WW2.

1927 Six-year agreeement signed with Machinostroi of the USSR to manufacture turbines to M-V designs. I. R. Cox was the M-V Resident Engineer. A seven-year agreement was signed with the State Electrical Trust in 1931.

Whakamaru (New Zealand): Four 26.1 MW Francis turbines designed and built by Dominion Engineering and four M-V 27.8 MVA generators. Fully commissioned in 1956. By 2010 only one machine had had a major overhaul.[1]

Note: Many power stations contained turbine-generators from a variety of makers.

Lullymore (Ireland): One 1 MW TA at a peat processing plant