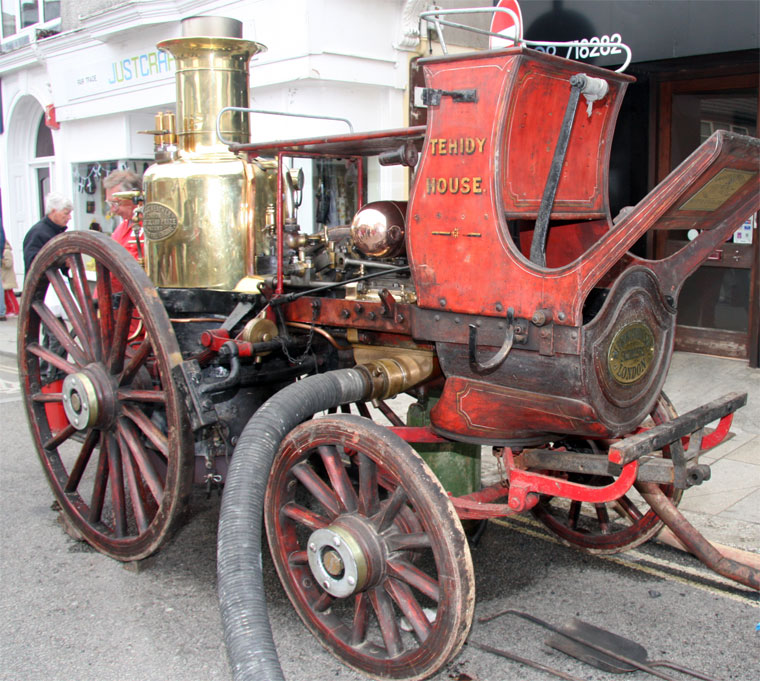 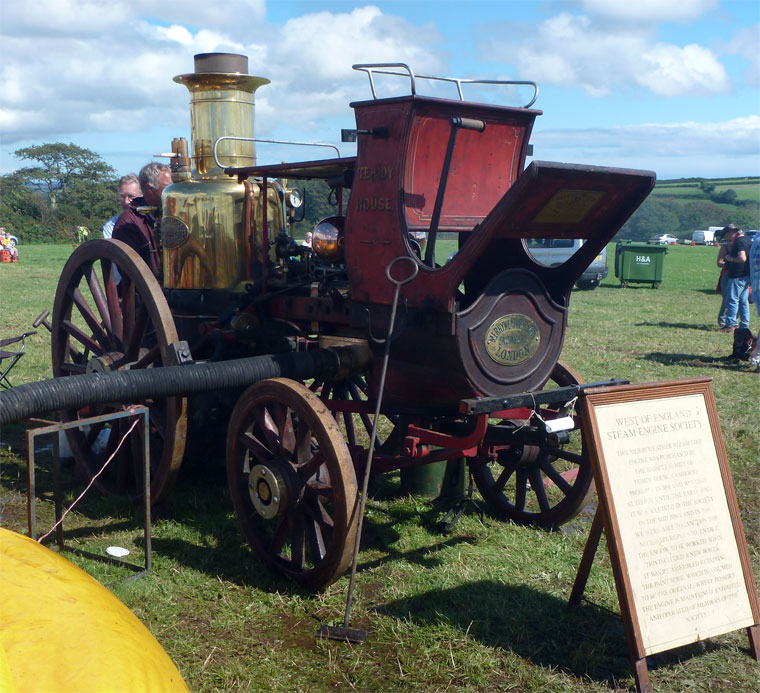 1891 or 1893. The Bassett family of Tehidy Park, Camborne, Cornwall bought this engine new. They had at least one other steam fire engine 25 years earlier also.

1918. Tehidy House was taken over by Cornwall County Council as a Sanatorium, and the engine was used regularly until the middle of the 1950's to pump water for use in the sanatorium.

1953. The engine took part in the Coronation Parades at the Raglan Barracks in Plymouth.

If the date of the engine is correct then the engine is a 360 gpm Greenwich type. The records however do show another sales to the Bassett family in 1865 of a 250 gpm fire engine that cost (including carriage) £432-17s-16d. This earlier engine is thought to have been taken to Truro following a disastrous city fire. [1]