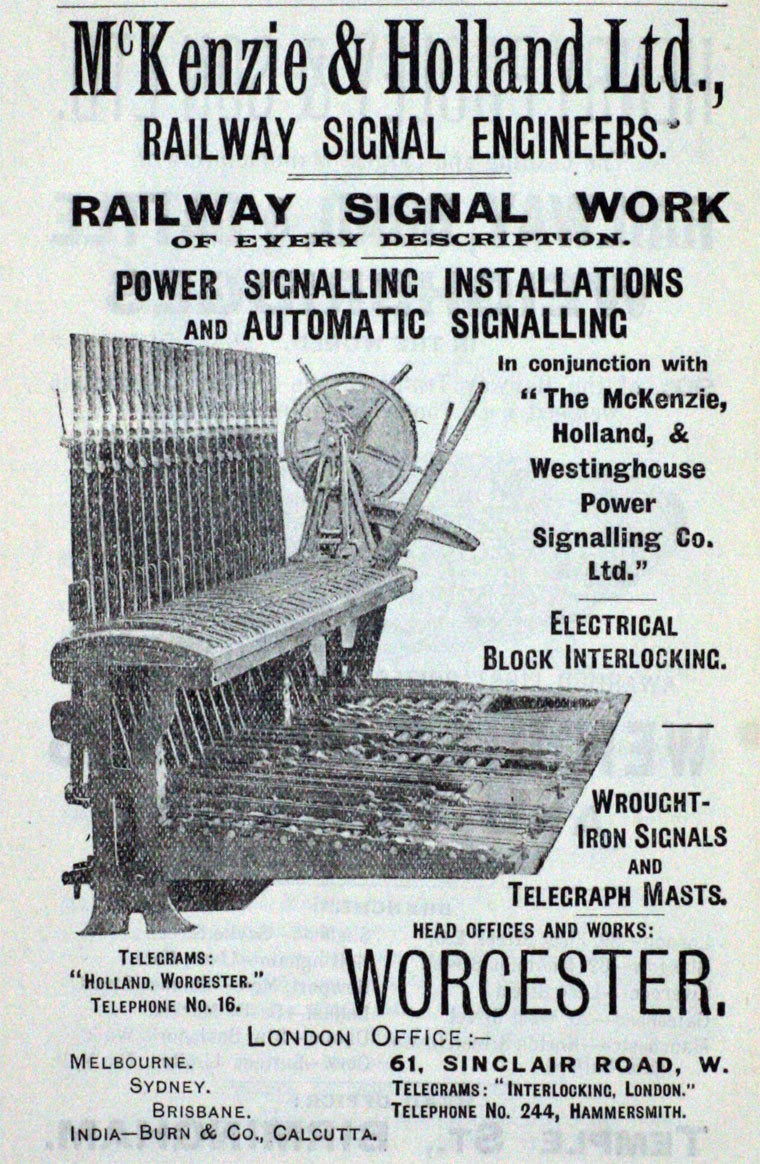 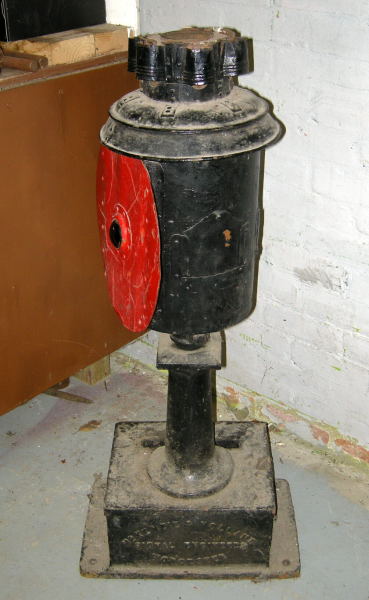 Exhibit at Ingrow Loco Museum and Workshop, Keighley and Worth Valley Railway

1885 Awarded prize at the Inventions Exhibition for railway signals, points, and crossings.

1888 Death of the proprietor of the Vulcan Ironworks, Walter Holland[1]

1899 The Westinghouse Brake Co in conjunction with McKenzie and Holland was the first to introduce power signalling into Great Britain with the installation at Bishopsgate Street station on the Great Eastern Railway[2].

1902 Amalgamated with Dutton and Co, also signal engineers of Worcester

1907 Separate company formed to carry on this business: McKenzie, Holland and Westinghouse Power Signal Co[3] which equipped the whole of the underground railways of London with power operated automatic signalling.