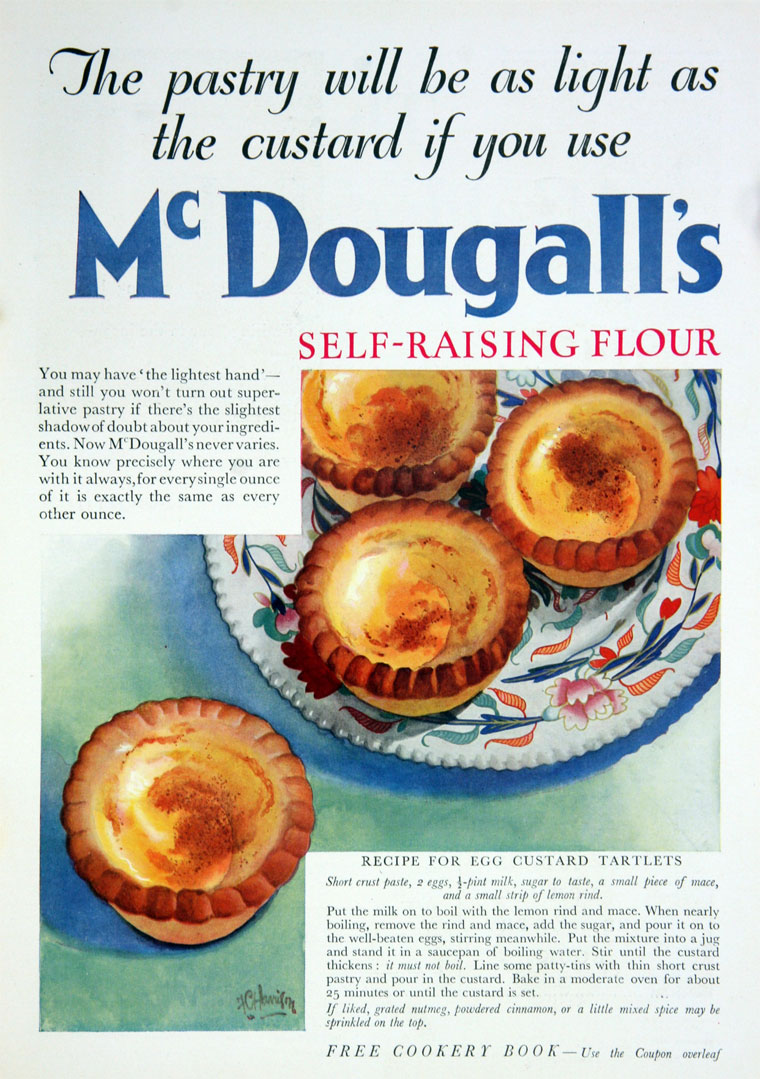 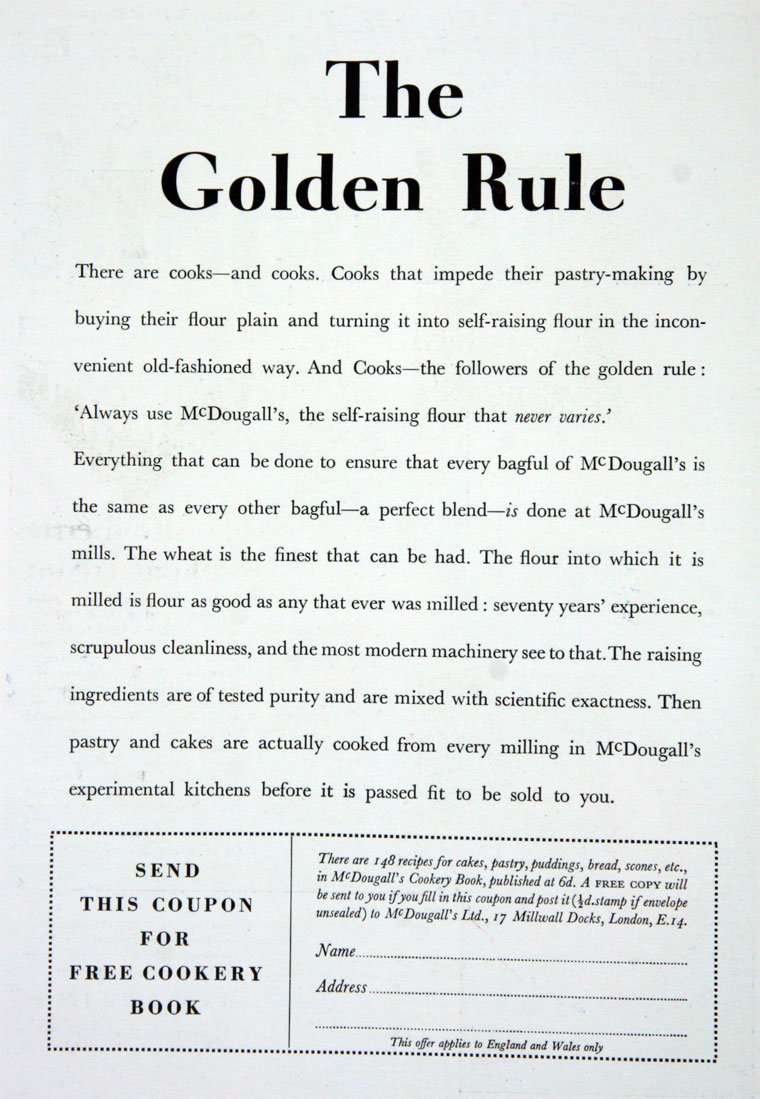 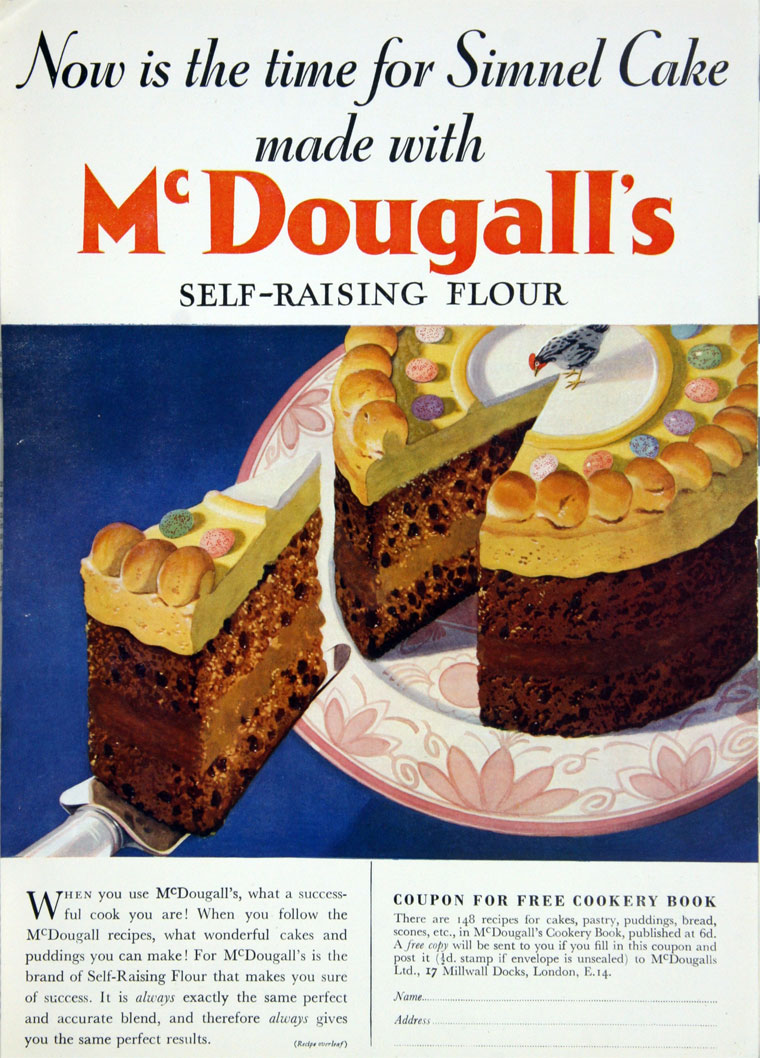 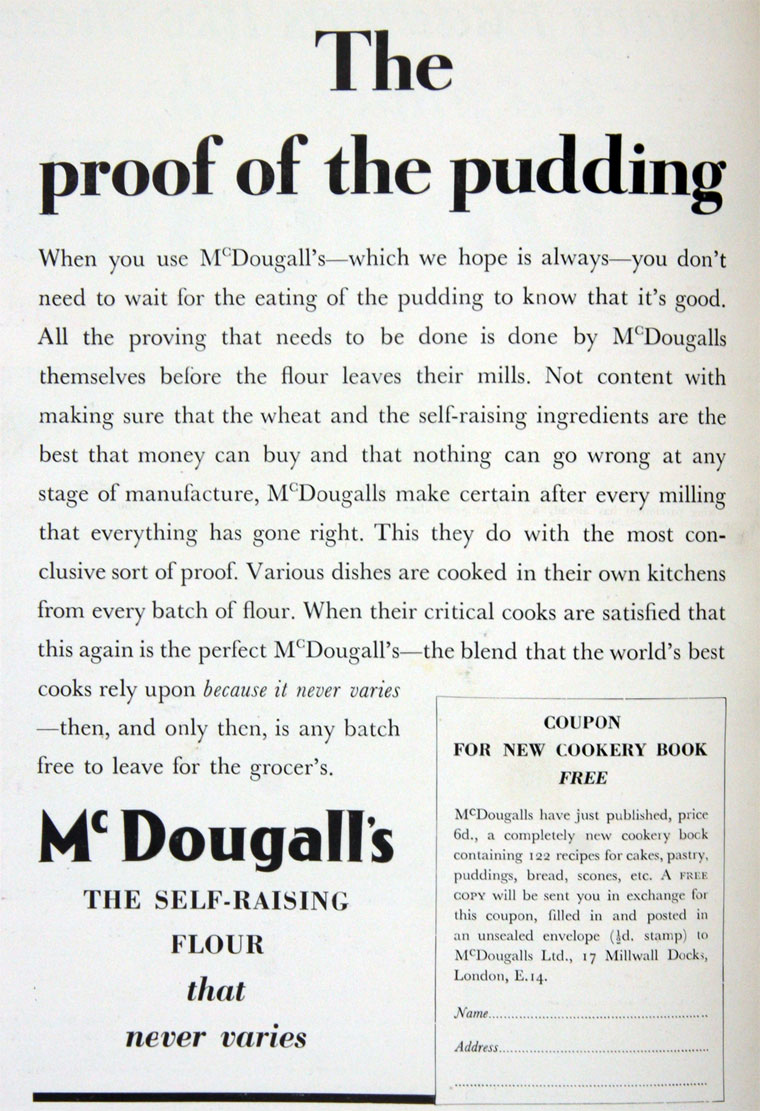 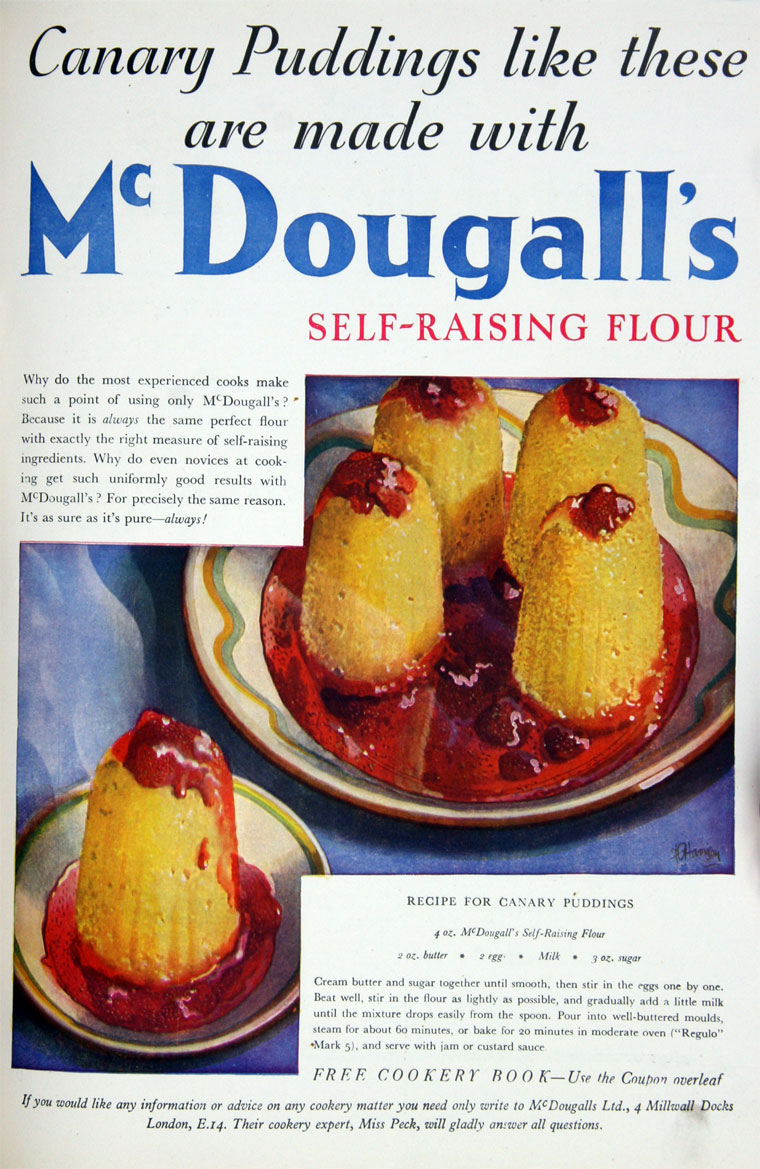 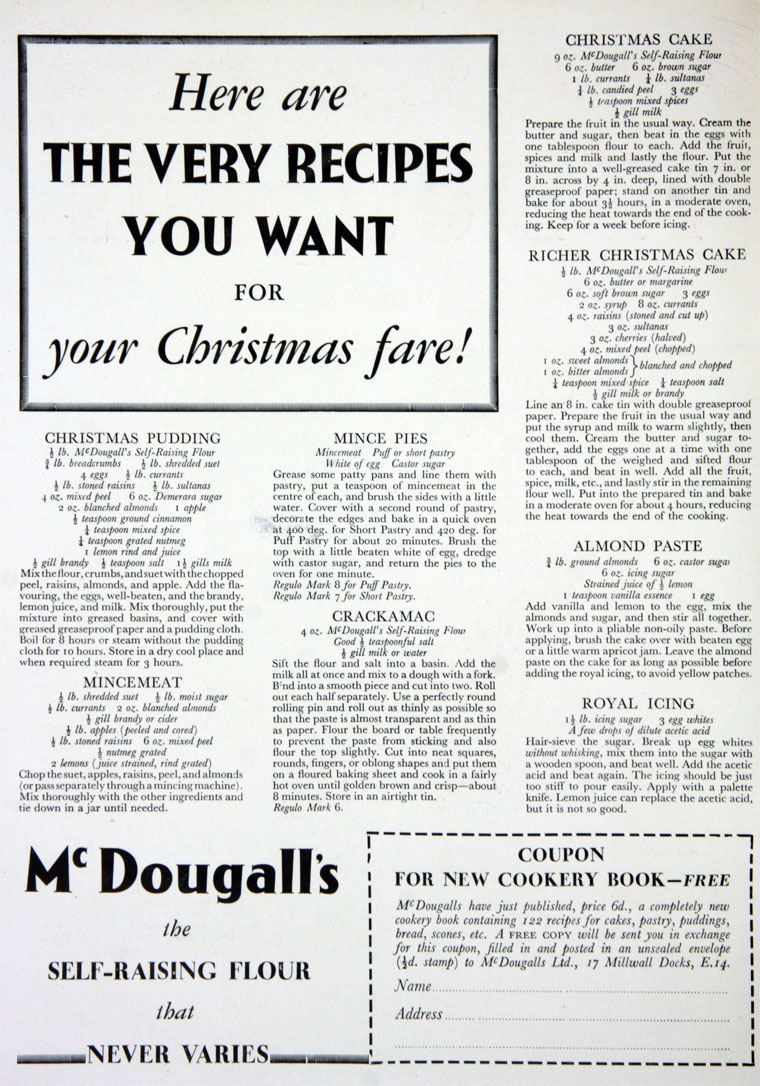 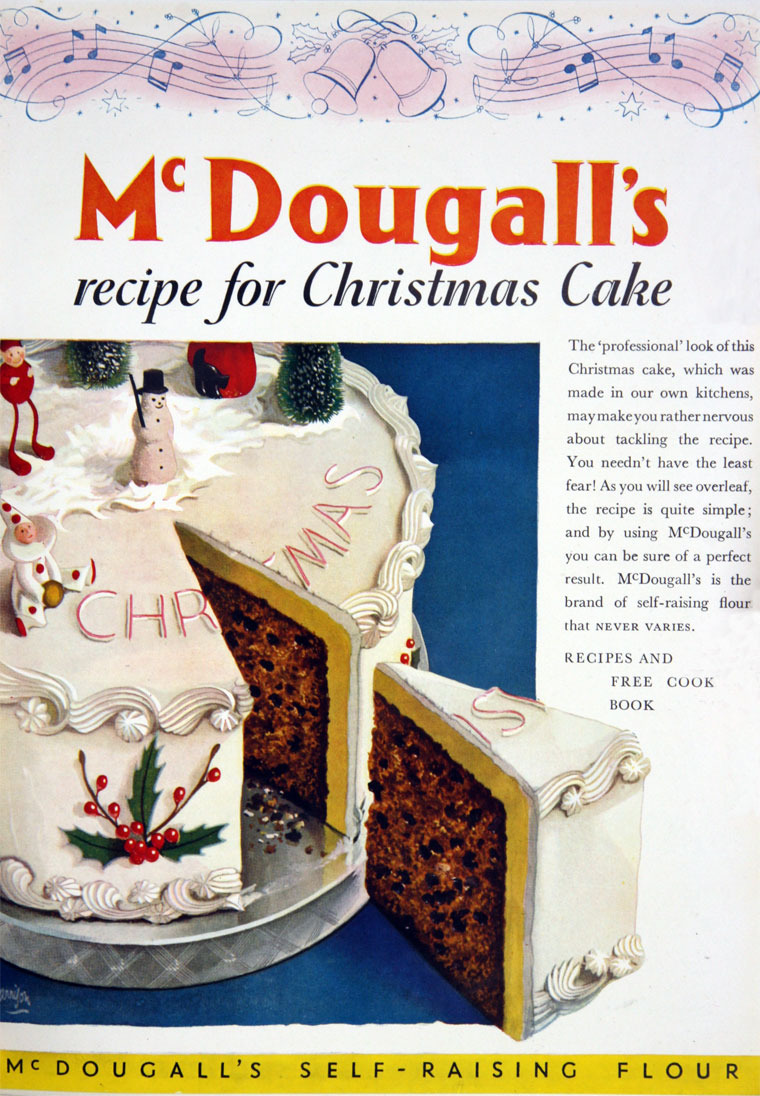 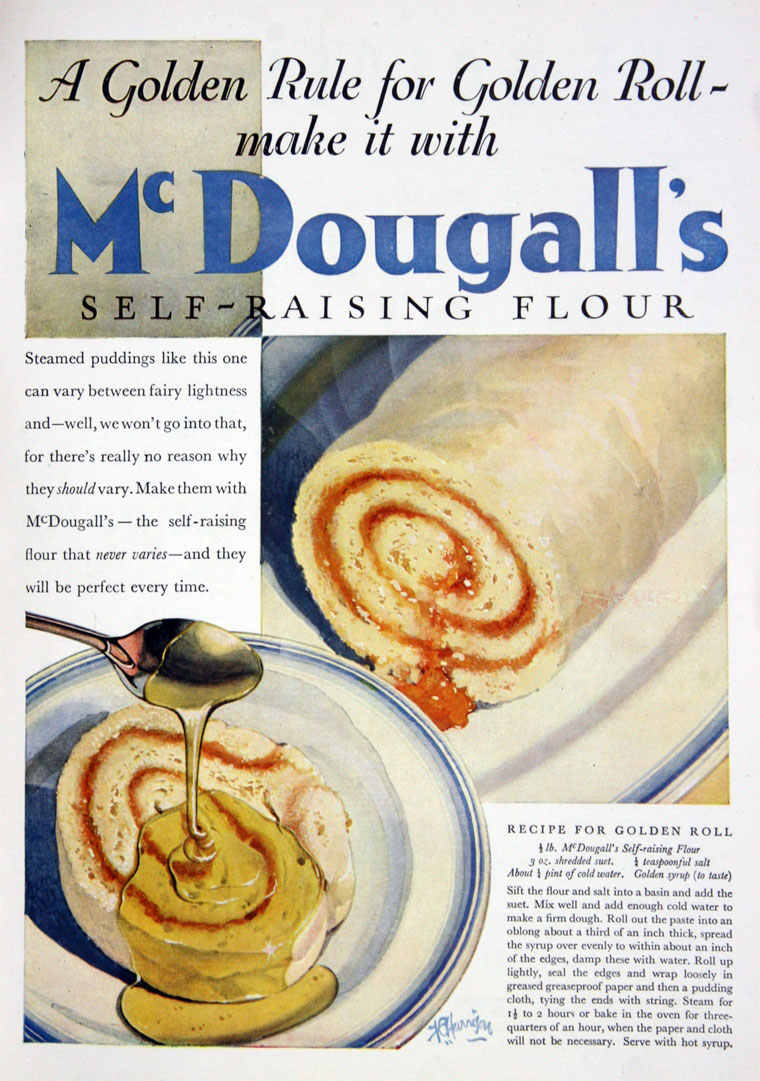 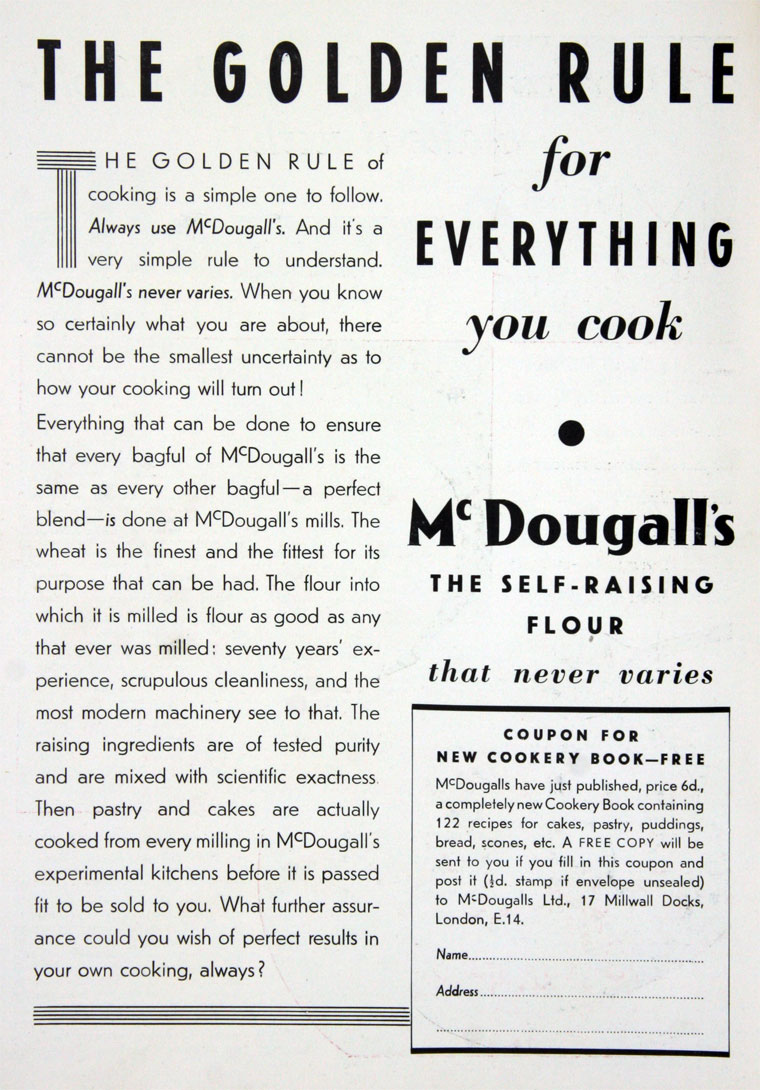 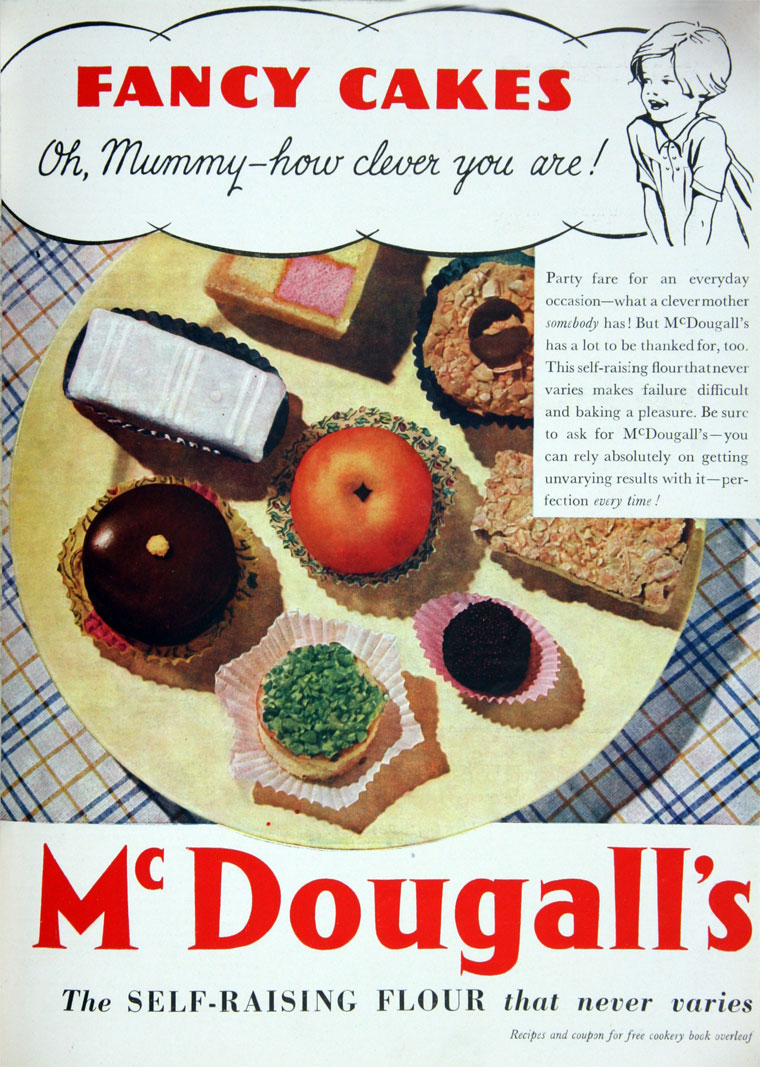 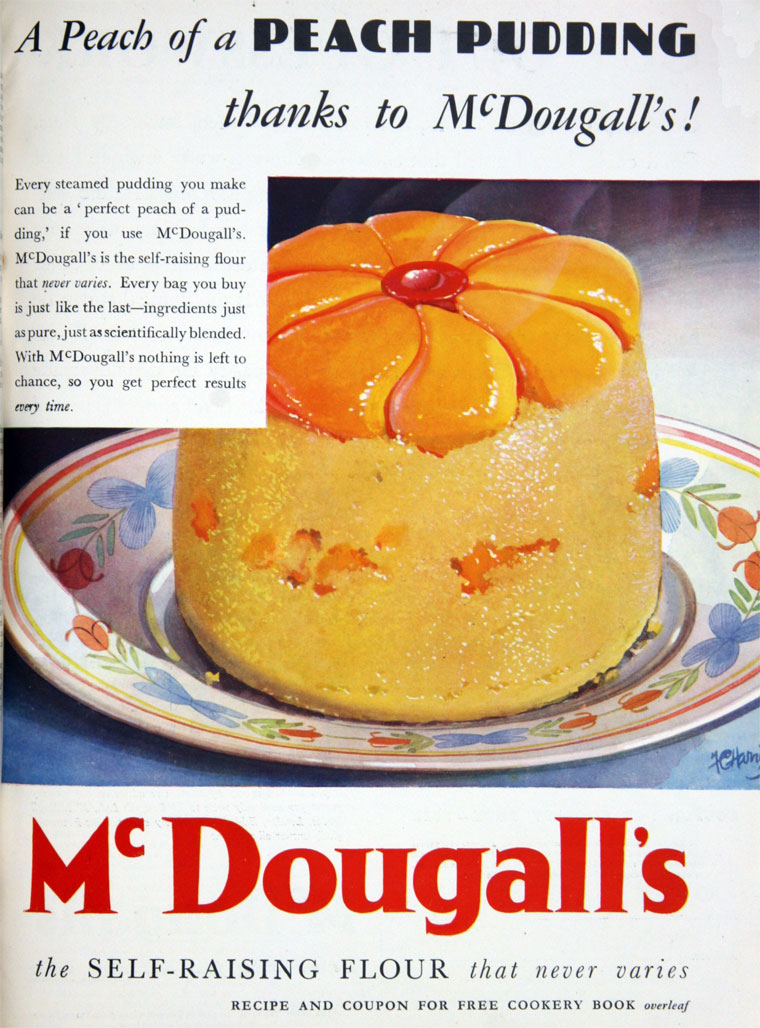 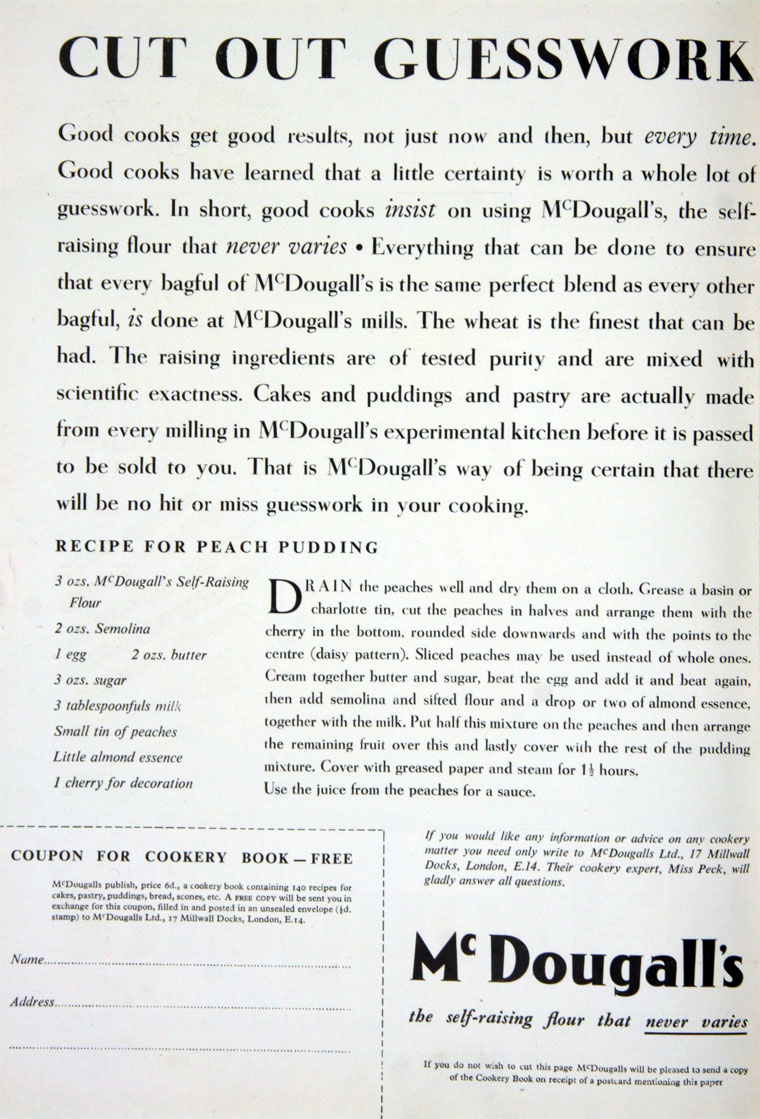 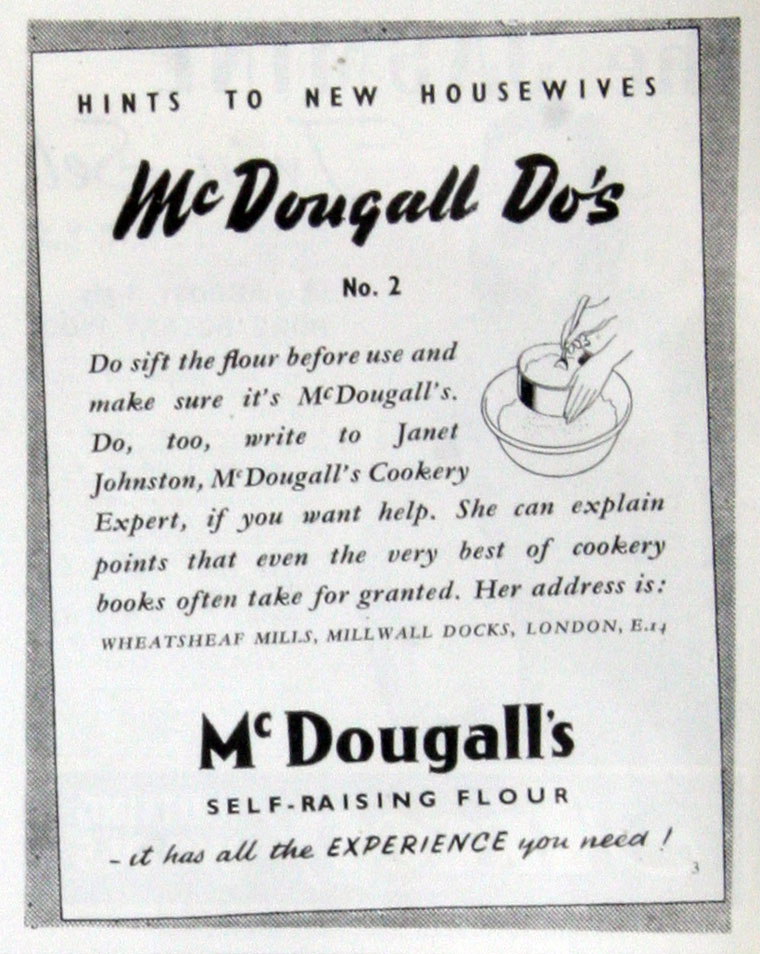 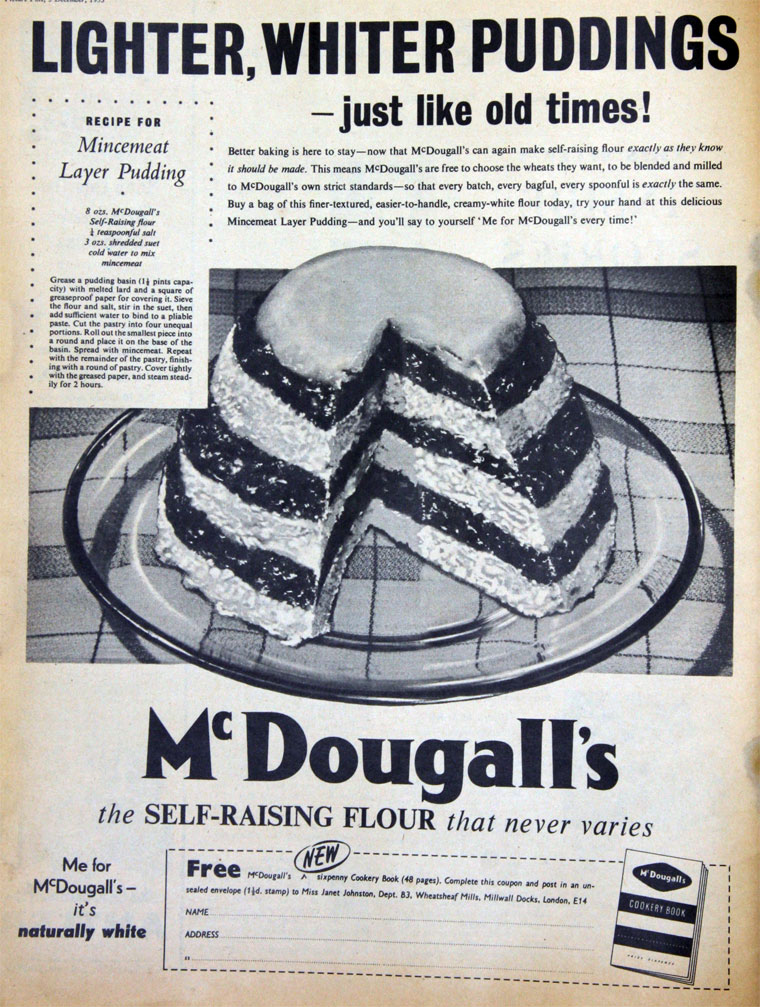 McDougall's is a nationwide brand of self-raising flour, developed originally in Manchester.

1881 Alexander McDougall handed over the Manchester end of the business in order to devote more time to public life as an alderman and magistrate.

c.1884 John McDougall, who had been running the London operation, did the same, eventually becoming Chairman of the London County Council and was knighted by Edward VII.

1926 The two companies were re-united as McDougalls Ltd

1930s At the end of the 1930s, it was realised that, if War broke out, the Wheatsheaf Mills, located in the heart of London’s Dockland, would be vulnerable to the aerial bombardment. The decision was taken to acquire other mills and source production in less susceptible areas such as Ashton-under-Lyne.

2007 The McDougall's brand of flour became part of Premier Foods when that company acquired RHM.