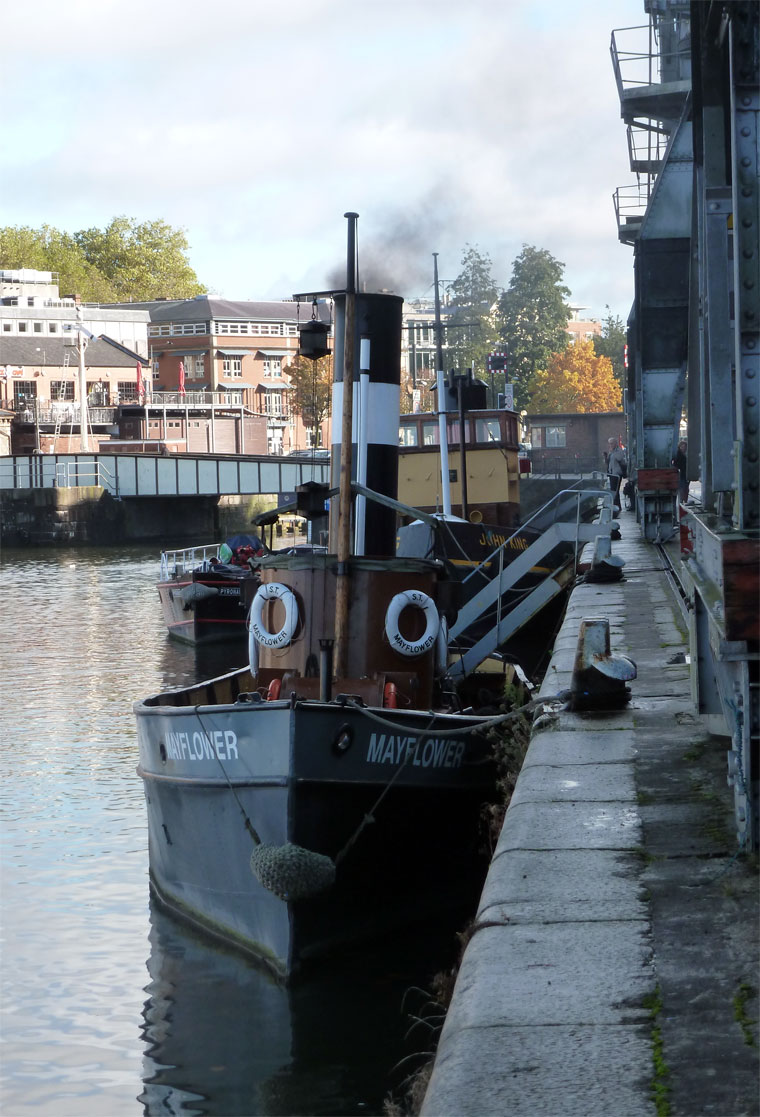 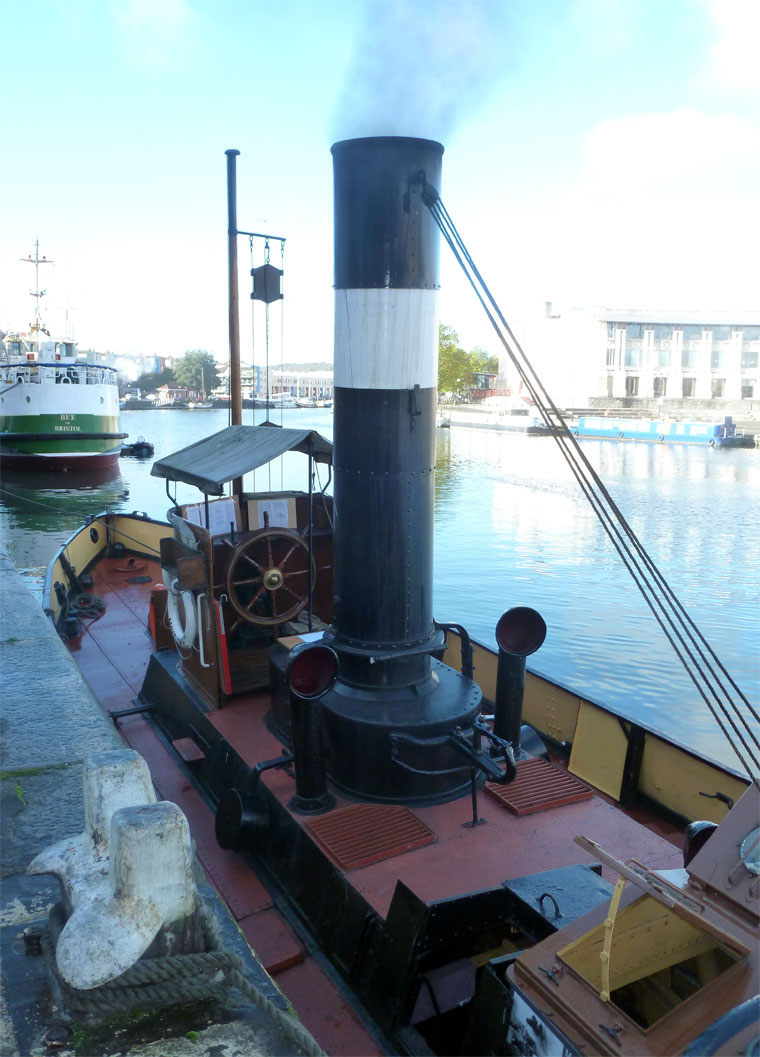 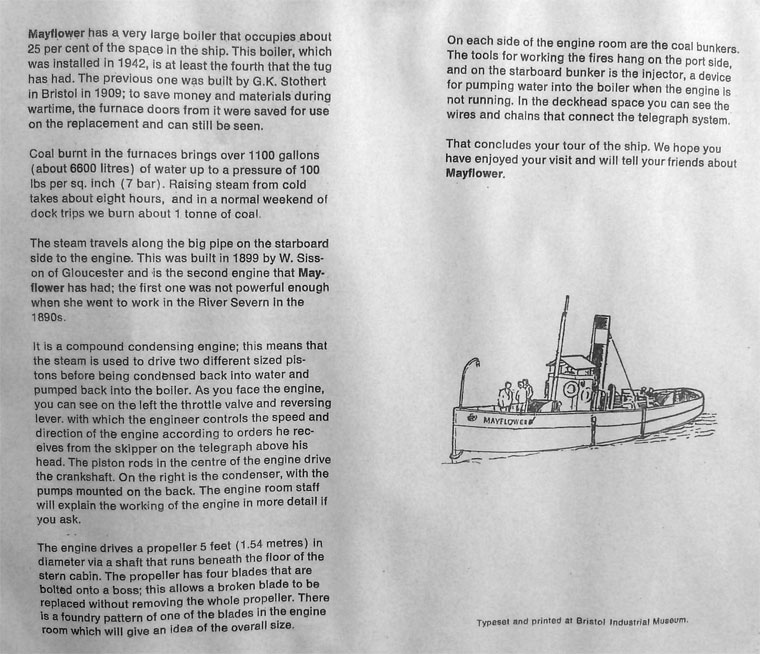 Mayflower is a steam tug in Bristol and is believed to be the oldest surviving tug in the world.

1861 built by G. K. Stothert and Co, who were connected with the Bath-based engineering company Stothert and Pitt.

Built to work on the Gloucester and Sharpness Canal and in the River Severn, towing trains of small sailing vessels such as trows and ketches, and, after the new docks at Sharpness were completed in 1874, larger steamers one at a time.

She was altered to make her suitable for work in the Bristol Channel. The old single-cylinder engine was replaced in 1899 with a vertical compound condensing engine supplied, along with a new boiler, funnel, propeller and shafting by W. Sisson and Co of Gloucester for £940.

1909 Was again altered when the funnel was arranged to hinge down (counterbalanced with large weights which can still be seen) to enable her to pass under the fixed bridges on this stretch of water. She was now capable of working on every part of the navigation from Worcester to Chepstow.

In the late 1930s, a wooden wheelhouse replaced the steering shelter, and some time after this the bulwarks were replaced.

In 1962-1963, when the winter was so cold that the canal froze and the diesel tugs had difficulty in working, Mayflower once again took on ship-towing work in the canal.