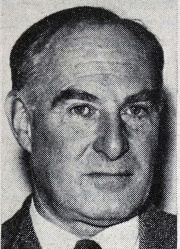 In 1926 Wilks went to work for General Motors in the United States.

After two years in the U.S., he returned to England to work for Hillman in Coventry

Wilks worked at Hillman for two years as a planning engineer until 1930, when he moved to the Rover Company as chief engineer, joining his brother, Spencer Wilks, who was managing director at Rover at that time.

Shortly after the war, whilst at his farm in Anglesey, Wilks, who used an army surplus Willys Jeep for farm work, and his brother Spencer who was visiting him, were inspired to develop and produce a utility four-wheel-drive vehicle for farmers, and the name Land Rover was coined for it

By the summer of 1947 Rover had built a prototype Land Rover vehicle based on a Jeep chassis.

In September 1947, the Rover company authorised the production of 50 pre-production models for evaluation purposes. The Land Rover was launched to the world at the 1948 Amsterdam Motor Show.

Wilks was appointed as managing director of the Rover Company in 1960 and in 1962 as chairman.

1963 September 8th. Wilks died at his farm near Newborough, Anglesey

Mr Maurice C. Wilks' pioneering activities in the field of aero gas-turbine engineering are not particularly well known and, as I had no first-hand contact with him at that time, I cannot do better here than quote Dr E. A. Watson.

"The work done by Mr Wilks (Member) began with a request by the Air Ministry to the Rover Co. to undertake the manufacture of aero gas-turbines to the designs put forward by Sir Frank Whittle. Mr Wilks soon realized that this design, with its reverse flow combustion chambers, must lead to an unduly large diameter, most undesirable in an aircraft engine. On his own account, and against considerable official opposition, he therefore put forward a revised design in which the gases were allowed to flow from compressor to turbine without any change of direction. This naturally involved the solution of certain problems, notably in the smoothing of the pattern of air delivered by the compressor. The difficulties were, however, overcome and the B26 gas-turbine unit was evolved.

When its importance to aeronautics was realized, the work was taken over by Rolls-Royce and formed the basis of the Derwent and later the Nene engines."

I first met Maurice Wilks towards the end of the 1939-45 war. He made an immediate and very deep impression on me. In discussing technical matters his lively and receptive mind was always extraordinarily stimulating so that, over the years, as we came to know each other more intimately, I always looked forward keenly to our meetings. His ability to debate a problem with complete objectivity and yet with humanity and humour was a rare quality which I have not met elsewhere in quite the same form. Maurice and I had slowly come to know each other as people and, despite the reserve - almost aloofness - which held many people at arms length, I had come to realize that he had gifts of warm friendship, fun and humour, unsuspected by many. I have heard it said of him that things interested him, people not at all. Having come to know him, I could never wholly accept this view. That he was always more at ease with a scientific or 'mechanical problem than one involving human relationships was, however, clear to all who knew him.

It could be said that he did not suffer fools gladly: it could equally be said that he suffered them with forbearance and courtesy. Moreover, his patience and charm in dealing with young people was one of his most endearing characteristics. He and I, however, were far apart in our views about their later education. Britain has lost an outstanding engineer who, because of his natural reticence and modesty, never received the national recognition which was his due.