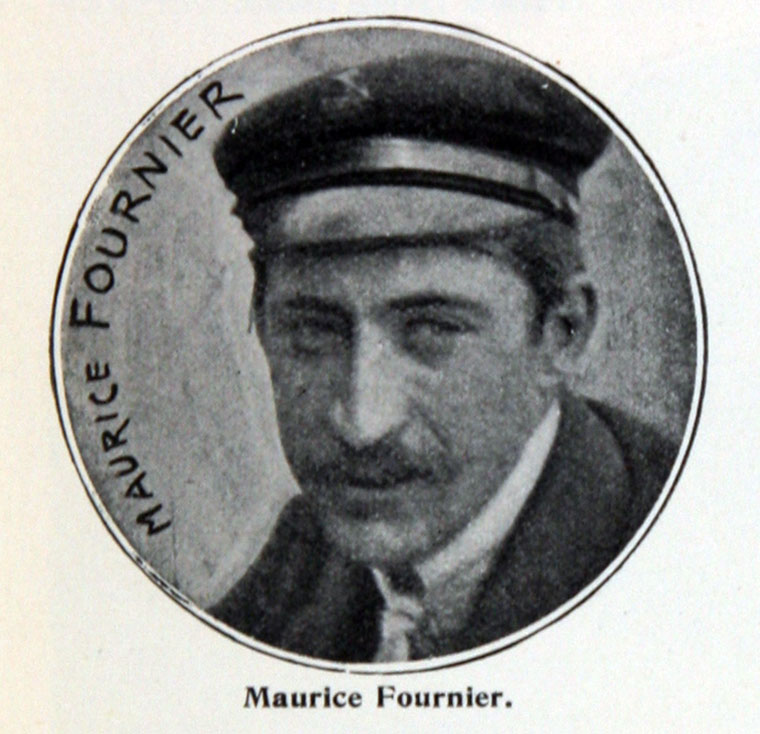 1911 July. Died in the Grand Prix de France. 'A terrible accident has occurred during the motor race over the Sarthe circuit for the Grand Prix de France. M. Maurice Fournier, the well-known motorist, who had just completed his fifth round, was travelling over 60 miles an hour endeavouring to overtake Hemery, who had passed him. when the front axle broke. One half of it pierced the ground, causing the car to turn somersault. It landed in a ditch. M. Fournier was crushed to death against the steering gear, while his mechanic, Louvel, was pitched into the adjoining field. The latter’s condition is described as desperate.'[1]