Grace's Guide is the leading source of historical information on industry and manufacturing in Britain. This web publication contains 145,059 pages of information and 230,732 images on early companies, their products and the people who designed and built them. 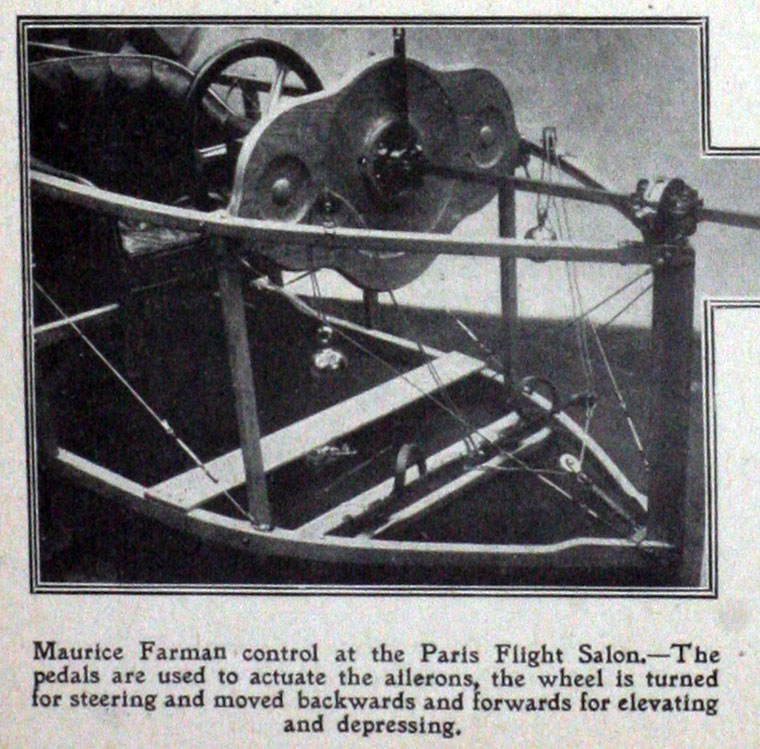 Maurice Alain Farman (1877-1964) was a French Grand Prix motor racing champion, an aviator, and an aircraft manufacturer and designer.

1877 March 21st. Born in Paris to English parents, he and his brothers Richard and Henri Farman were important pioneers developers of aviation in Europe.

A champion tandem cyclist with brother Henry, Maurice Farman began racing Panhard automobiles and won the 1901 Grand Prix de Pau, the first race ever to be called a Grand Prix.

In May of 1902 he won the "Circuit du Nord" race from Paris to Arras and back. He also competed in that year's Paris to Vienna race, won by Marcel Renault.

1904 FARMAN, Messrs. Henri and Maurice, 10, Rue Notre Dame de Lorette, Paris (private address); Rue des Acacias (business address). Are the sons of the Standard correspondent in Paris. At fourteen they began their career as professional cyclists by winning a number of prizes in French races. In 1892 Henri became bicycle champion of France, and the following year his brother Maurice took the French Championship from him. In 1895 both brothers rode tandem, and found nobody to beat them until 1897, Owing to this fact they were nicknamed the "Virgin team." When the first motor-tricycles came out, both brothers began hiring machines from different makers, and soon became very expert motorists. Henri won the first motor-tricycle race, the Cote de Chanteloup, with a 1.75-h.p. tricycle. In 1901 Henri began racing in earnest, and won the Pau 150 kilometre race on a light Darracq. In the same race Maurice came in first in the heavy cars section. In May, 1901, Henri got in fourth in the Paris-Bordeaux race of that year; he then drove a Panhard. It was also on a Panhard that he took fourth place in the 1901 Paris-Berlin race. In 1902 Maurice came in first in the French Northern Circuit, or alcohol race. Henri took second place in the same race. In the 1902 Paris-Vienna race Henri got in first in spite of an accident, which delayed him two hours. It was an accident that obliged him to abandon the Paris-Madrid race at Vendome. In the Irish race for the Gordon Bennett Cup Henri had a puncture, his reservoir leaked badly, and his brake refused to act, but he got in third, ten minutes after the winner. Henri and his brother Maurice have a tremendous amount of pluck, and though brought up in France, and earning their living there, they are still essentially British in character. Henri is now in business with his brother Dick, and according to all accounts is doing well. Both the racing brothers believe that very few of the present big factories make any money; they are obliged to spend too much in experimenting. They assert that the future of the motor trade lies in the building of cars for industrial and commercial purposes, more than, as now, for pleasure or recreation. [1]

1909 Farman's interest quickly turned to powered flight and in 1909 he set world endurance and speed records.

1911 At this time, Maurice's designs were approaching the "aerobus" whilst Henri favoured the biplane which possesses the lightness, the rapidity, and general handiness of the monoplane. Maurice Farman's biplane was said to be able to carry loads of petrol whilst Henri Farman's machine needed to carry much less fuel in travelling a similar distance in shorter time.[3]

1913 A report of Maurice Farman, with a lady passenger, flying to Etampes from Buc. During the return trip he flew in company with Dick Farman, who was piloting one of new type M. Farmans.[4]

1964 February 25th. Died in Paris. To the end of his life Maurice never obtained a pilot's licence.