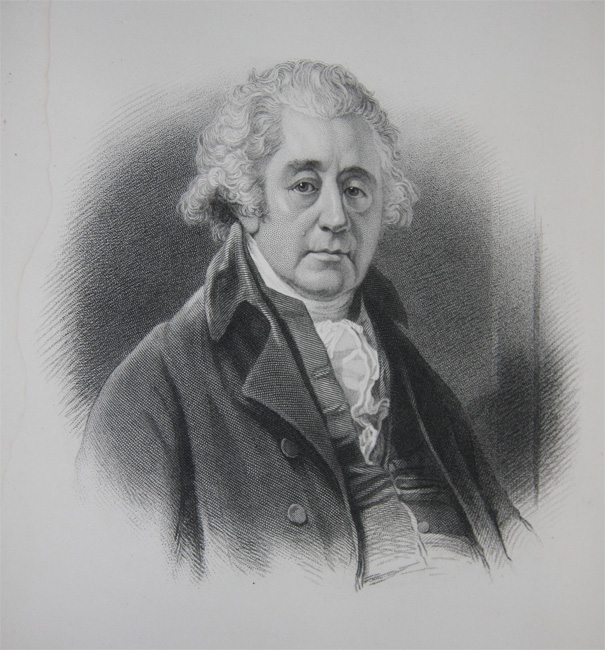 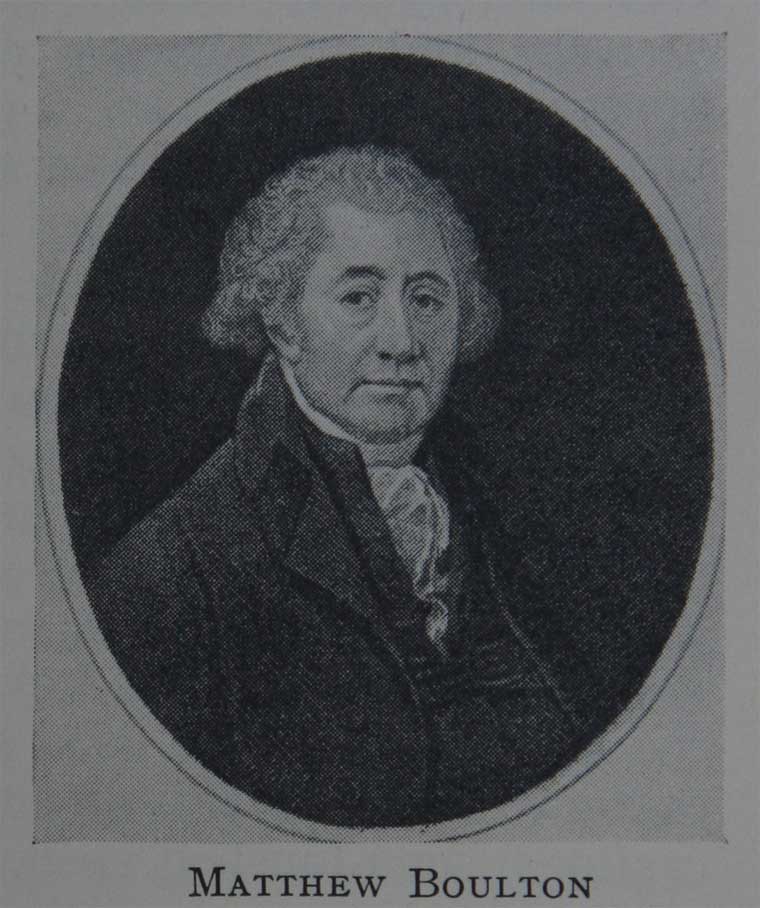 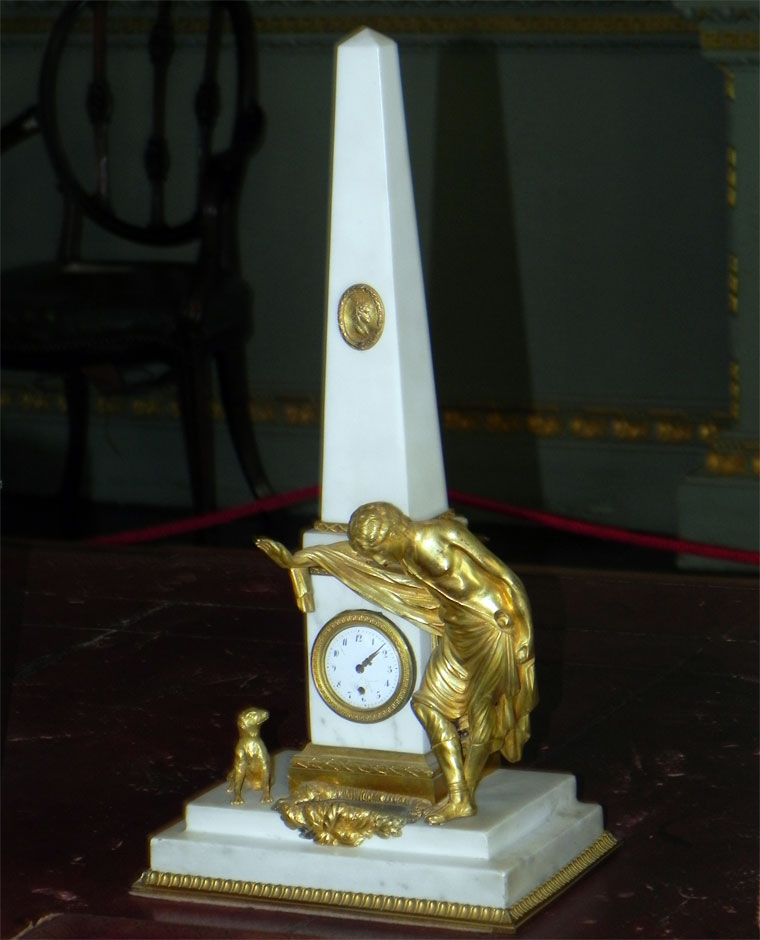 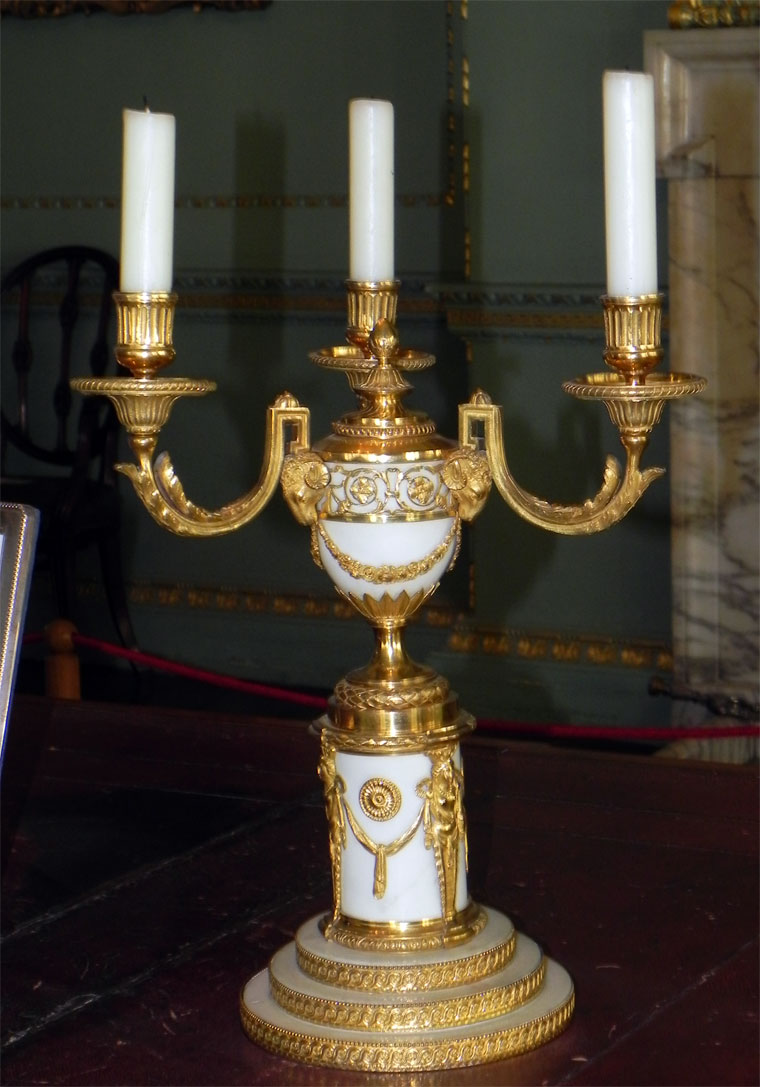 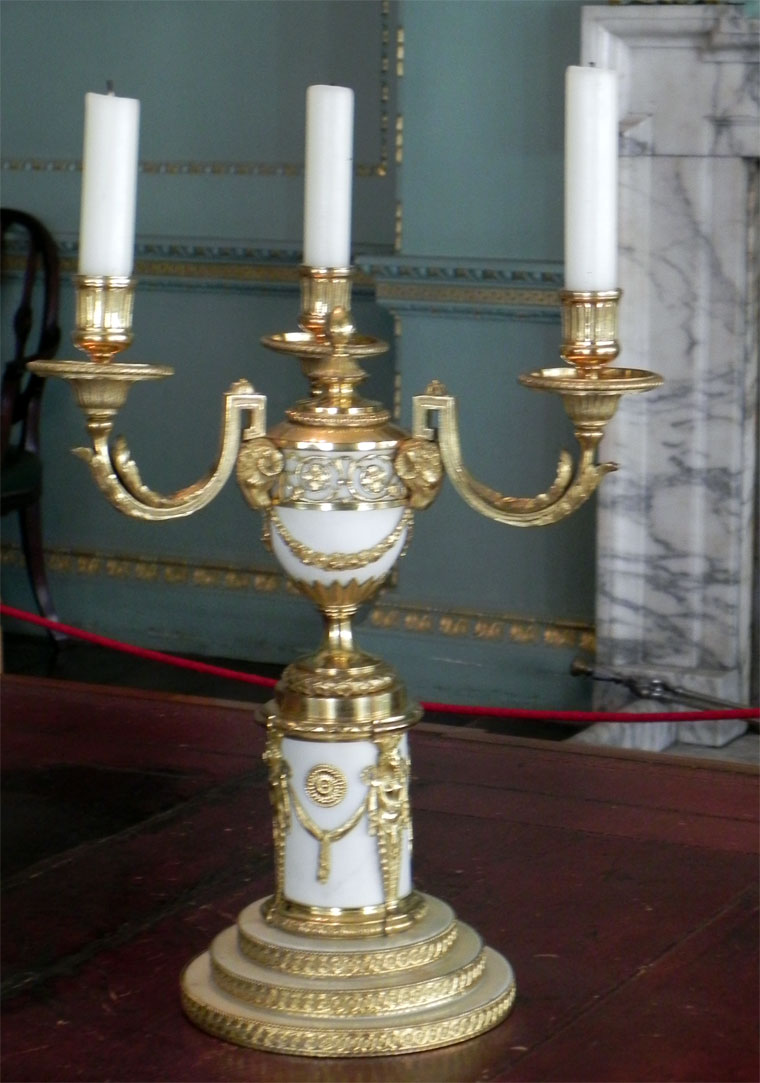 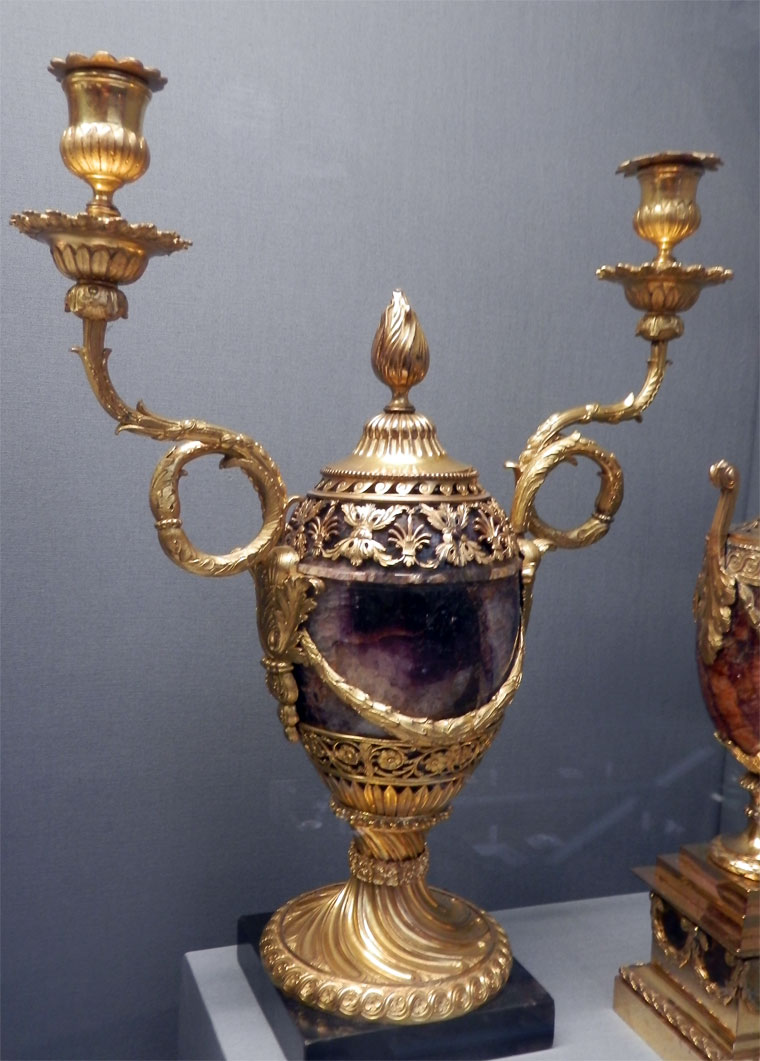 Matthew Boulton (1728–1809), an English manufacturer and entrepreneur, chiefly known for his partnership with James Watt in Boulton and Watt.

He was educated at the academy of the Reverend John Hausted in Deritend, Birmingham.

In 1749 Boulton married Mary the daughter of Luke Robinson, a distant cousin through the Babington family and heir to a large fortune. The Boultons had three daughters in the 1750s, but all died in infancy

1755 Acquired Sarehole Mill, which they used for rolling sheet metal.

1760 June. He married Ann Robinson the sister of Mary his first wife

Early 1760s Boulton acquired the technology for manufacturing Sheffield plate. For some years he was the only producer of it outside Sheffield under the title of M. Boulton Plate Co.

1762 Boulton went into partnership with John Fothergill from 1762 to 1782 as Boulton and Fothergill and they established the Soho Manufactory, two miles north of Birmingham. Boulton invested £6,000 and Fothergill £5,000. Here they undertook the manufacture of artistic objects in metal, such as his cut steel buttons, earlier marcasite imitations of diamonds, that were very popular in British society, as well as the reproduction of oil paintings by a mechanical process in which he was associated with Francis Egginton.

In the late 1760s with others he formed the Lunar Society

Between 1762 and 1775 he established a strong reputation as a craftsman; his works at Soho were widely known for excellent and artistic workmanship but the business was not profitable.

About 1767, Boulton, needing to improve the power supply for his machinery, made the acquaintance of James Watt, who on his side appreciated the advantages offered by the Soho Manufactory for the development of his steam-engine.

1772 Watt's partner, Dr. John Roebuck, got into financial difficulties, and Boulton, to whom he owed £1,200, accepted his two-thirds share in Watt's patent in satisfaction of the debt.

1775 Three years later, Boulton and Watt formally entered into partnership, and it was mainly through the energy and self-sacrifice of the former, who devoted all the capital he had or could borrow to the enterprise, that the steam engine was at length made a commercial success.

For 11 years the Soho Manufactory made Watt's steam-engines for colliery owners to pump water out of mines, the Boulton and Watt engine being four times more powerful than Thomas Newcomen's original design.

Late 1770s Boulton and Francis Eginton went into the business of mechanical painting, but it was not a success and Fothergill insisted that it should cease. Eginton subsequently achieved a reputation as a worker in stained or enamelled glass. In this, he was also encouraged by Robert Adam.

1781 Watt marketed his rotary-motion steam engine. The earlier steam engine's vertical movement was ideal for operating water pumps but the new engine could be adapted to drive all sorts of machinery. Richard Arkwright pioneered its use in his cotton mills and within 15 years there were 500+ Boulton and Watt steam engines in British factories and mines.

1782 Fothergill, his partner, died and he formed another partnership with John Scale as Boulton and Scale to manufacture buttons and other items.

1788 Boulton turned his attention to coining machinery, and erected at Soho a complete plant, Soho Mint, with which he struck coins for the Sierra Leone and East India companies and for Russia. A thorough study of the successful development of the Soho Mint by Matthew Boulton was undertaken by Sue Tungate for her PhD thesis, which is available online. Her findings bring out clearly the qualities of leadership, perseverance and technical insight possessed by Matthew Boulton [1]

1794 He bought the freehold of the Soho estate

1795 Matthew Boulton began construction of the Soho Foundry about one mile from his Soho Manufactory where he would build steam engines to the design of James Watt for a new use, namely in mills and factories which required rotating shaft drive. The foundry opened in 1796[2]. The business was known as Boulton, Watt & Sons.

1797 Boulton produced a new copper coinage for Britain. Also in 1797, he took out a patent in connection with raising water on the principle of the hydraulic ram.

1798 A number of businesses were operating at Soho[3]:

1800 the two partners retired from the Boulton and Watt business, which they handed over to their sons, Matthew Robinson Boulton and James Watt (Junior). The business was known as Boulton, Watt & Co.

1809 August 18th. Boulton died in Birmingham and was buried in the grounds of St. Mary's Church, Handsworth, in Birmingham. Boulton was a key member of the Lunar Society. His home, Soho House, is now a museum.

He is also remembered by the Moonstones; a statue of him, Watt and Murdoch, by William Bloye, Matthew Boulton College, and Boulton Road, all in Birmingham. There is also a Boulton Road in Smethwick.

The History and Progress of Metallurgical Science

"Matthew Boulton, was born in 1728, and started the famous Soho Works in 1762. James Watt joined him in partnership in 1769, and Murdoch came into the firm about 1777. This wonderful triple combination gave us the steam engine, gas lighting, and other industrial developments. William Brunton, the inventor of the first mechanical stoker, was also one of the Soho group of Engineers." The Engineer 1923/11/09.