Grace's Guide is the leading source of historical information on industry and manufacturing in Britain. This web publication contains 148,516 pages of information and 233,946 images on early companies, their products and the people who designed and built them. 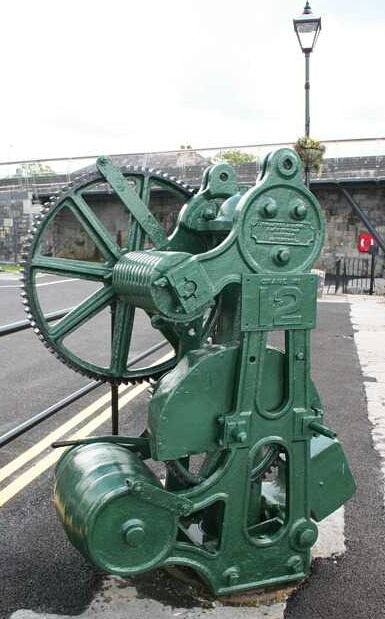 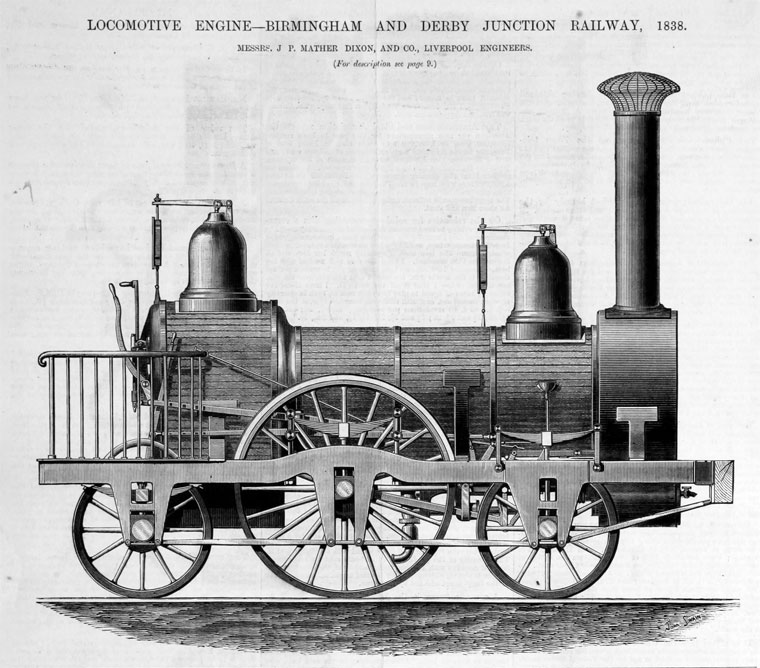 1826 Company established as builders of marine and stationary steam engines

1828 Partnership change. '...the Partnership heretofore carried on by us the undersigned, at Liverpool, in the County of Lancaster, as Millwrights and Civil-Engineers under the firm of J. P. Mather, Dixon, and Co. is this day dissolved by mutual consent as far as respects the said John Laird....signed: Jno. P. Mather, William Dixon and John Laird.'[1]

1830 Built the 'Wigan' for the Wigan Branch Railway

1836 'LOCOMOTIVE ENGINES. Among the numerous improvements in steam carriages, which have taken place within the last six years, may be reckoned that which has for some time been adopted on the Liverpool and Manchester Railway, which tends to insure the safety of passengers and to protect the rails. It is effected by the addition of a small pair of wheels placed under the after part of the carriage—not for the purpose as they were formerly used to increase the adhesion to the rails by connecting all the wheels together, but to relieve the very great weight on the cranked axle, caused by the fire box and the overhanging weight of the after part of the frame. The effect has been satisfactorily ascertained by a fine and powerful engine called the "Hercules," lately constructed by Messrs. Mather, Dixon and Co., which was first worked with four wheels as usual, and then without any other alteration, worked with six. The improvement in this and every other case where it has been tried was very evident, and promises to remove all the objections which can be made against it. It was feared, that by relieving the weight from the cranked and driving wheels, the adhesion to the rails would not be sufficient to allow of the engine to be worked to its full power without slipping. The Hercules, however, took a train with a gross weight of about 170 tons to Manchester, without once slipping, although the day was not favourable for such a trial. The additional wheels appear objectionable by increasing the weight to be propelled; but allowing that it makes an addition of 8cwt., it is evidently of no importance, in proportion to the immense loads that are taken; but as regards the rails it is of the utmost advantage, distributing the load more equally over them. The directors are so satisfied on this point, that they do not willingly allow the large sized engines to draw without them. The next point to be stated, and one to which the public are feelingly alive, is the great increased safety, by the adoption of six wheels, that should the cranked axle break, the engine is still borne on four, and no other inconvenience can arise than the detention of the train. Some engineers argue that a cranked axle properly made, will not break, but experience teaches that it impossible always to guard against defects the iron; —and what must be the feelings of any company, who by neglecting such a simple precaution, should cause the loss of those intrusted to their care. It is much to the credit of the directors of the Liverpool and Manchester Railway Company, that all other considerations hare been waived, when any plan to insure the safety of passengers could be adopted. The additional wheels also render the motion the carriages much smoother, which must considerably diminish the friction both to the engines and rails. The difficulty of turning the six wheeled engines, and the extra expense are objections which cannot for the moment stand good against the abovementioned advantages; and it is to be hoped that the directors of the extensive and important railways which are in progress, will make arrangements for the adoption of carriages of this description, should those which are employed on the Liverpool and Manchester Railway continue to be successful.'[3]

1837 'Singular Accident. - On Tuesday, an inquest was held before Mr. P. F. Curry, on the body of; Luke Dillon, a labourer employed in the brass foundry of Messrs. Mather, Dixon and Co. It appeared from evidence that on Tuesday evening last, about seven o'clock, the deceased was in an apartment himself, drilling wheels for the railway company. In an adjoining room some men were employed in putting a large grinding stone, which weighed about two tons, into the place where it was to be used. They had placed the stone and put the strap on the pulley, when suddenly the stone broke, and went off, as a witness described;, "like the shot of a gun." One part of the stone broke through the two partitions of a passage eight feet wide, into the room where the deceased was at work. On entering the room, he was found lying on his left side with his head against the wooden partition, and both his hands to his head. There was a piece of the stone weighing about five or six cwt. lying near him. The left side of his head was very much bruised, and he died the moment he was raised from the ground. The witnesses examined could assign no cause for the breaking of the stone. The place to which it was raised was only about three feet higher than the floor of the room in which the deceased was. The body was carried to the Northern Hospital. The deceased was 26 years of age. The jury returned a verdict of accidental death, but imposed a deodand of 40s. "as 'moving' to the death of the said Luke Dillon." Liverpool Paper.'[5]

1839 'Birmingham and Derby Junction Railway.— It may expected that this road will shortly be opened to the public, as the works are in a forward state, and the junction with the London and Birmingham Railway, near the Hampton station, is nearly completed. A train of three beautiful locomotive engines and tenders, intended for this line, were brought by Mr. Grantham, of the firm Messrs. Mather, Dixon, and Co., of Liverpool, to this town on Thursday last. These engines are on six wheels, and are fine specimens of the perfection to which the science of engineering is now carried. They are similar in appearance to the well known engines, the "Hornet," "Hawk," and "Vulture," on the Grand Junction Railway, which were all made at the same extensive works.— Birmingham Journal.'[6]

1843 The company closed, having built 75 locomotives.

1895. Clement E. Stretton mentioned in a letter in The Engineer, that all the drawings of the locomotives built by this firm were purchased by the authorities of the Chicago Field Museum.[9] Currently (2013), the museum has no record of this and therefore this fact has to be proven.

The remains of a Mather, Dixon hand crane have been preserved at Carrick-on-Shannon [10]. See photograph.