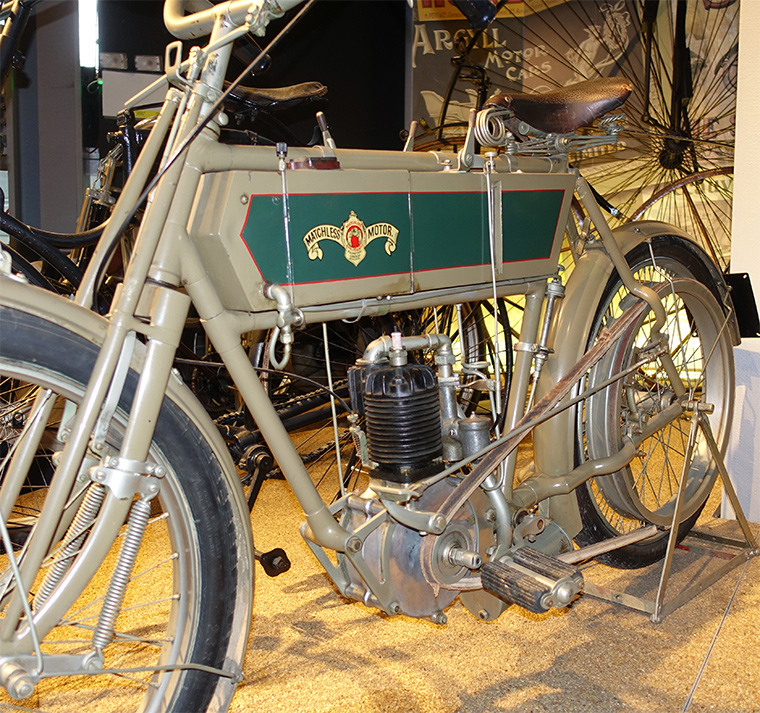 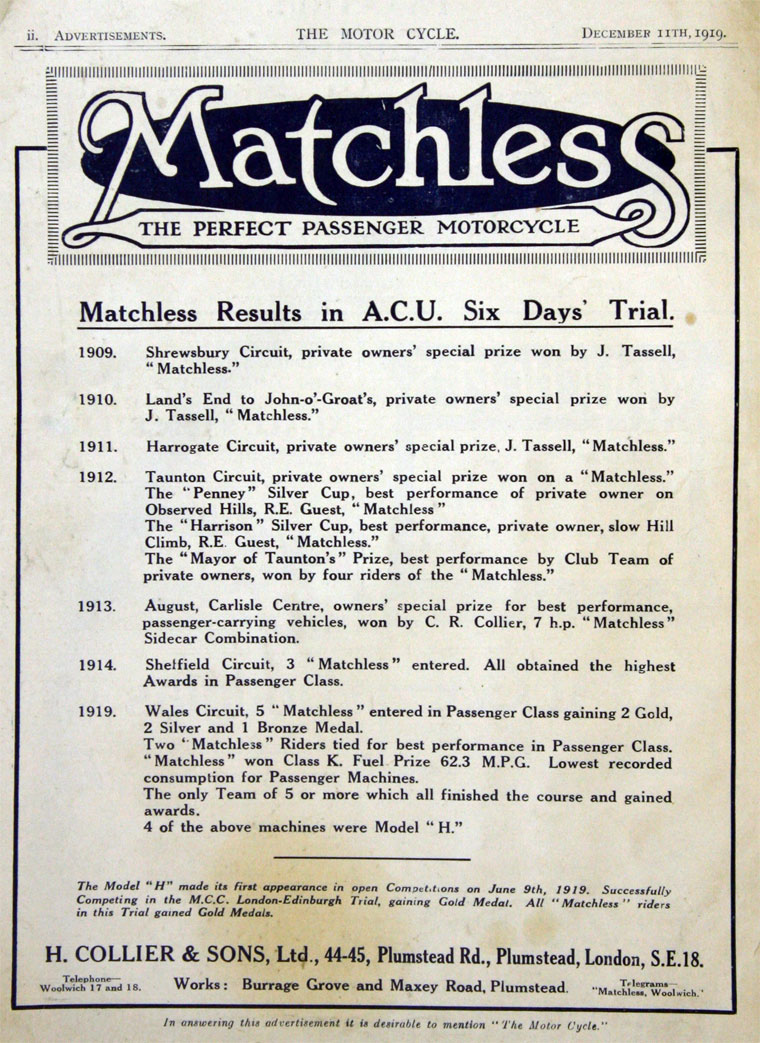 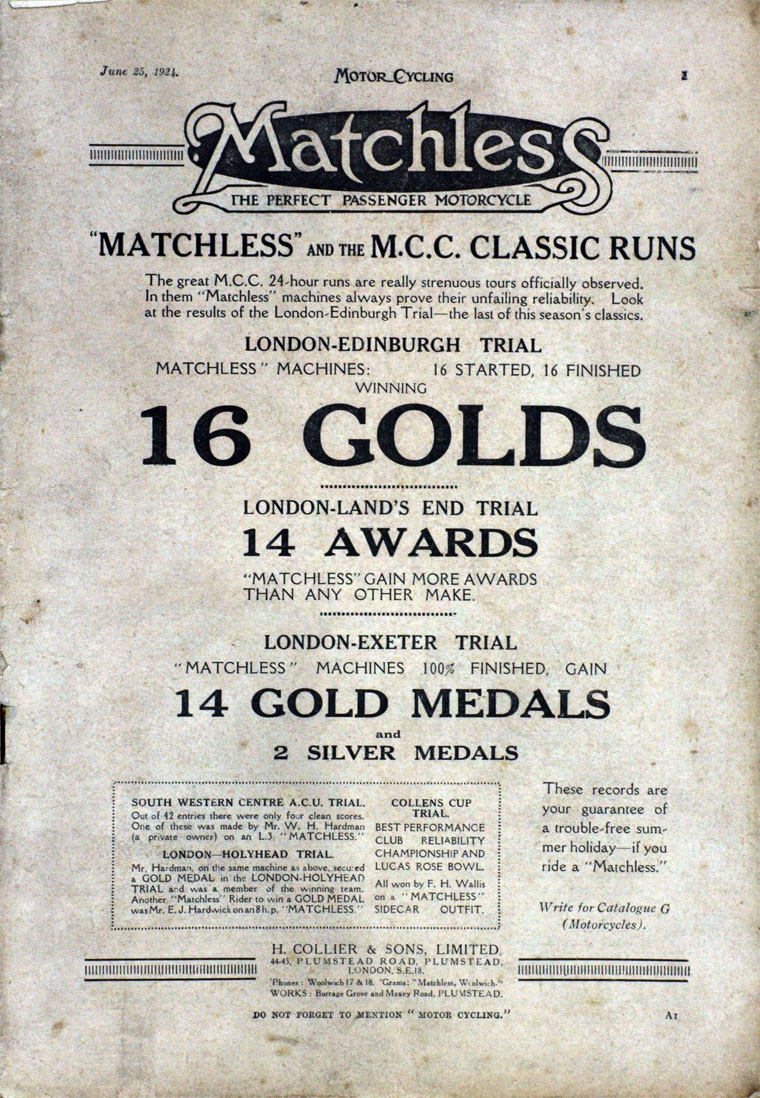 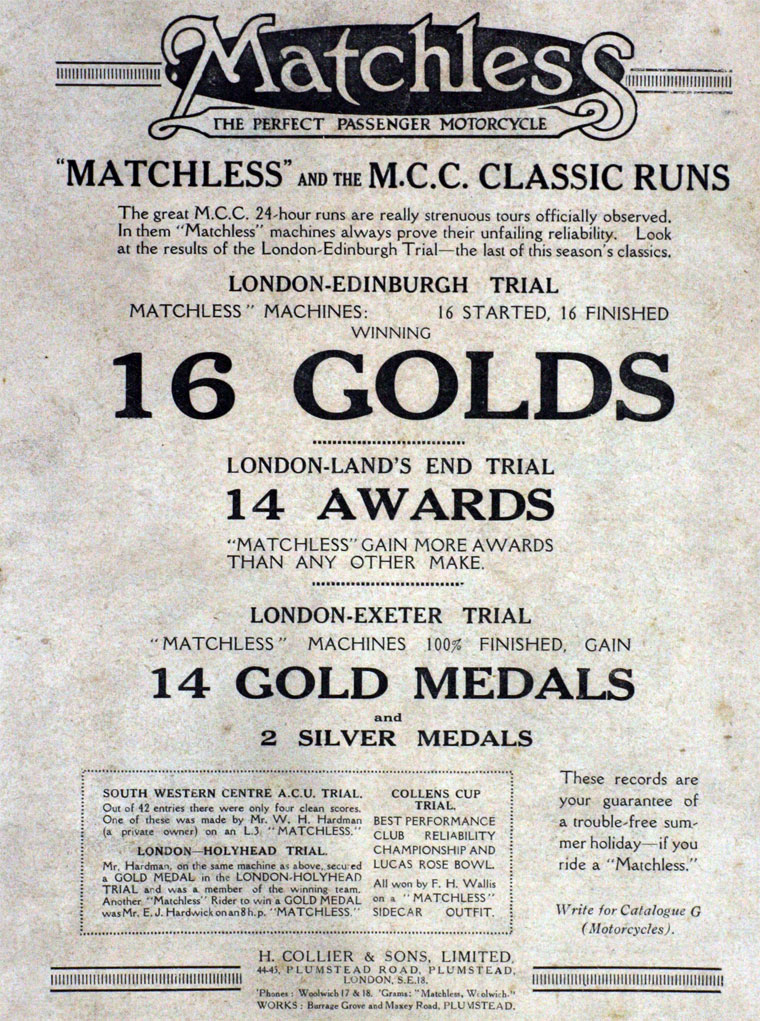 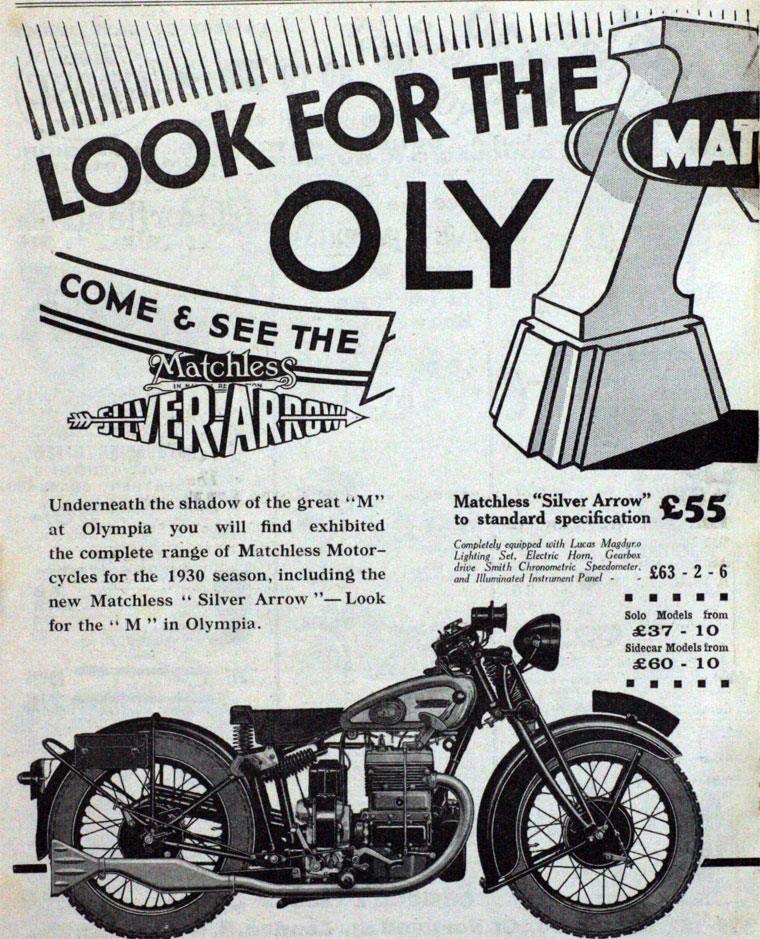 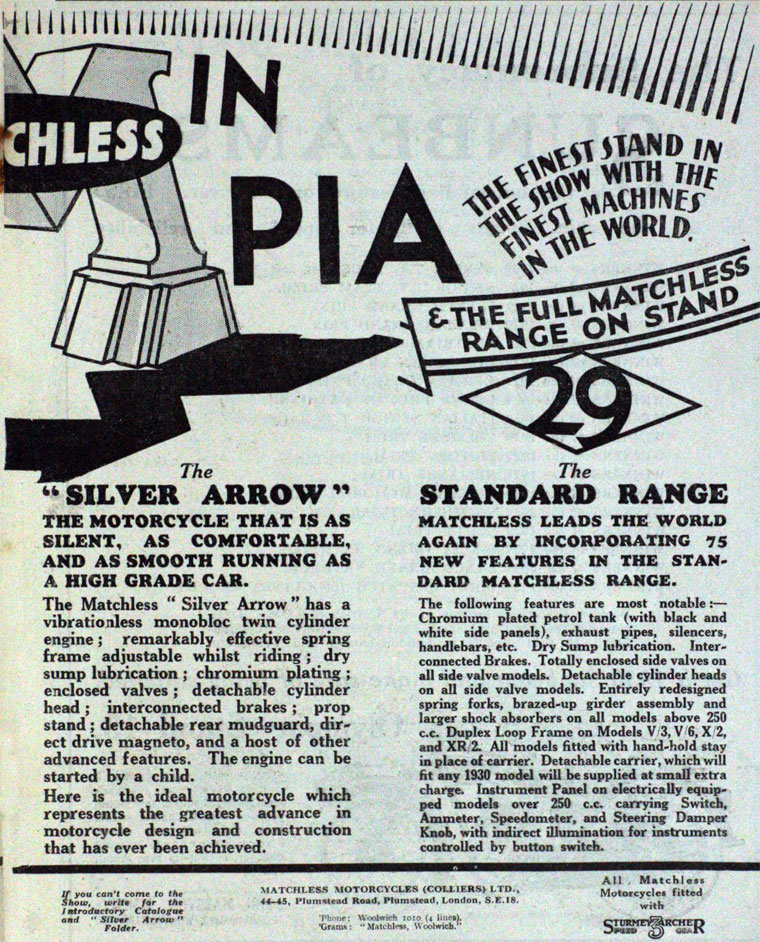 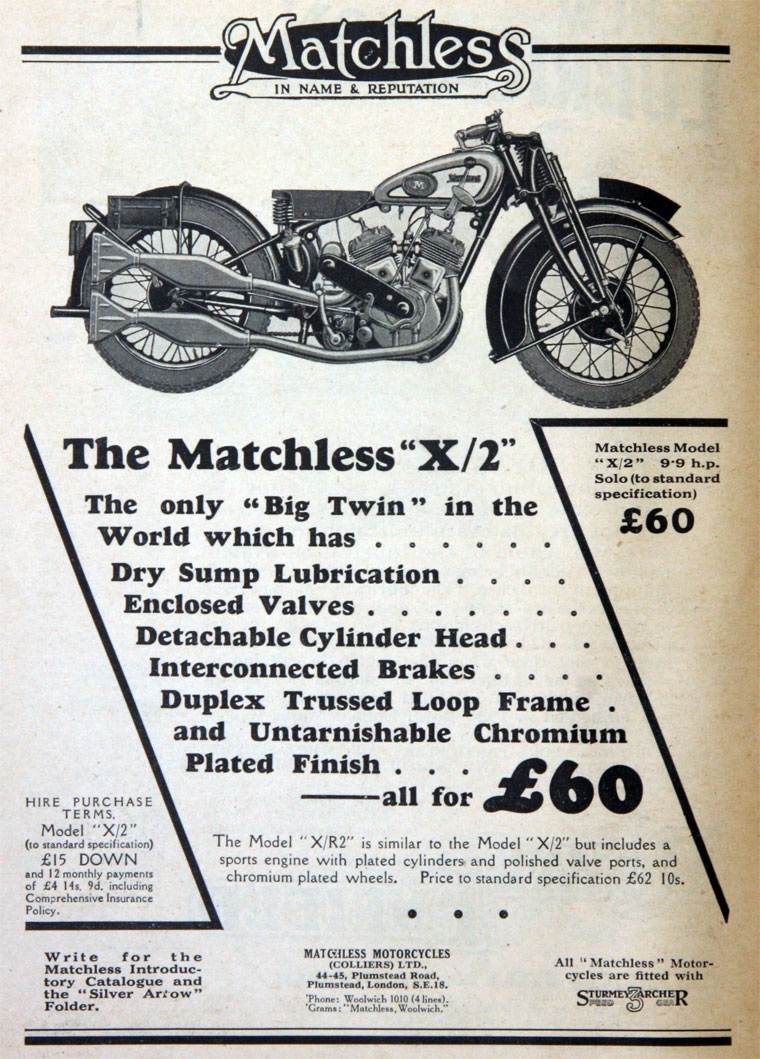 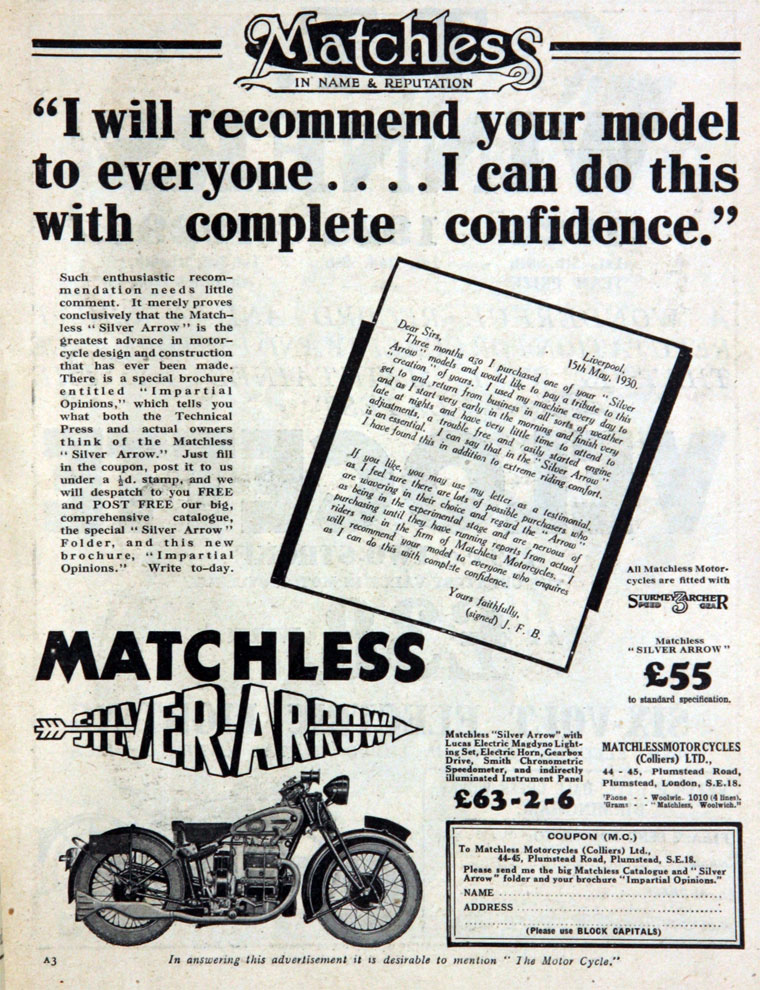 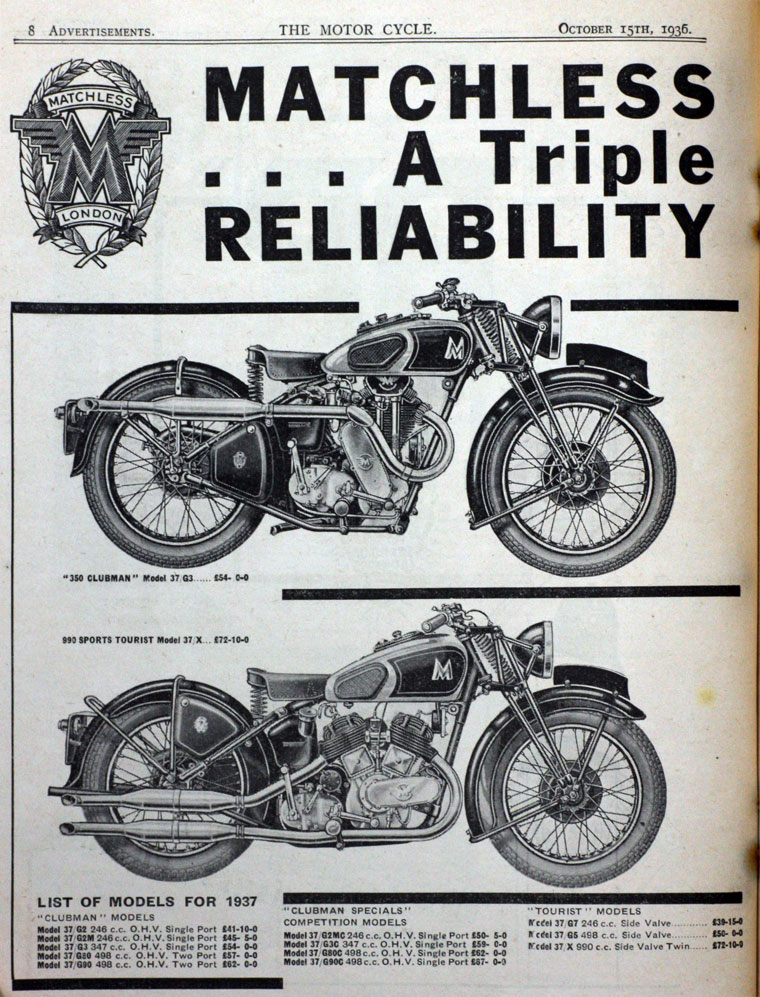 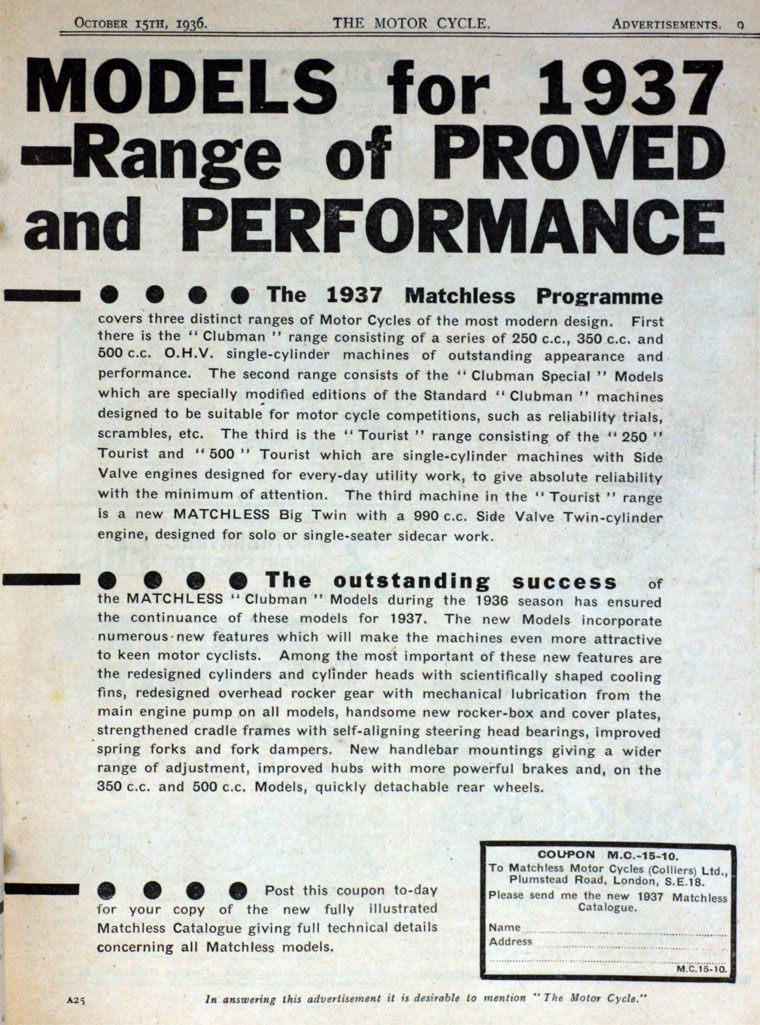 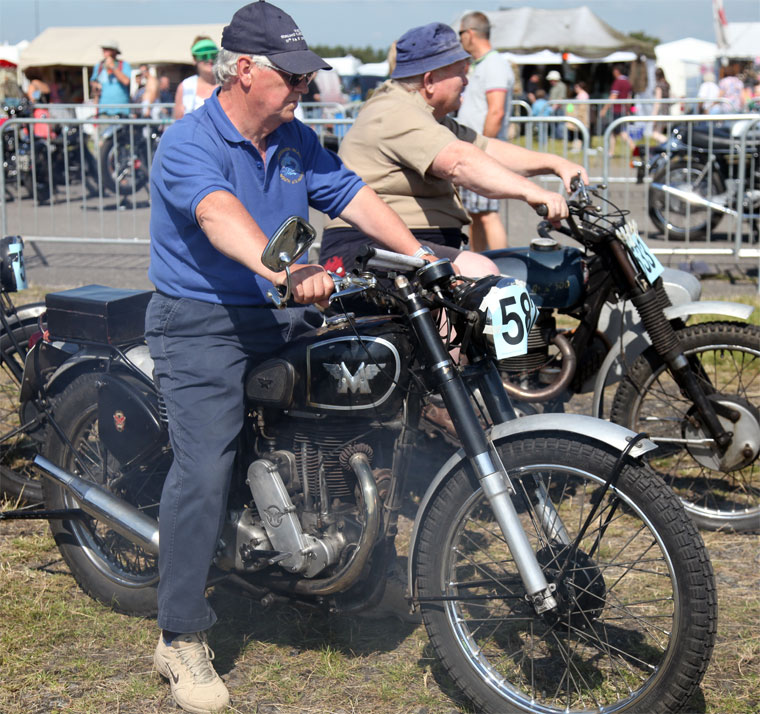 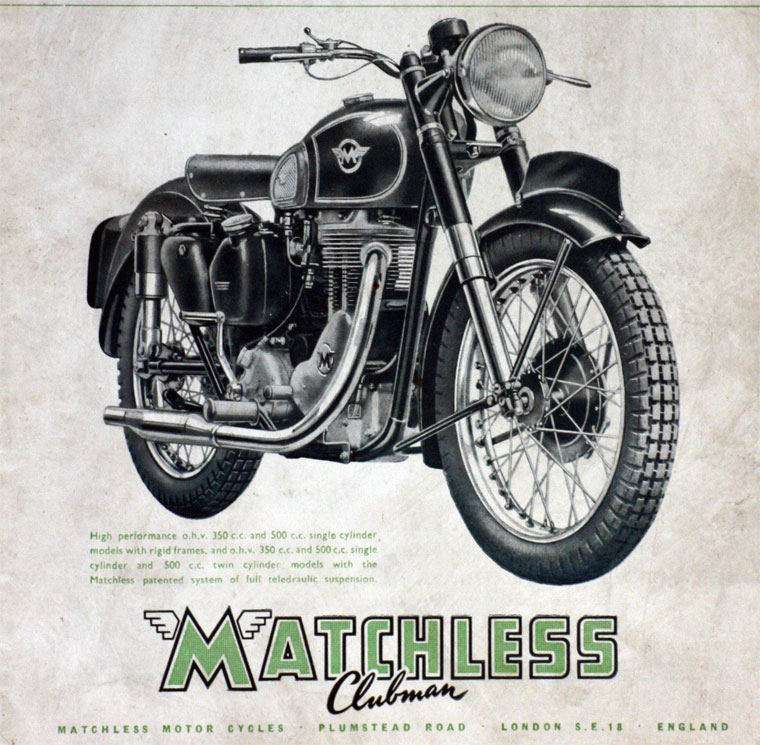 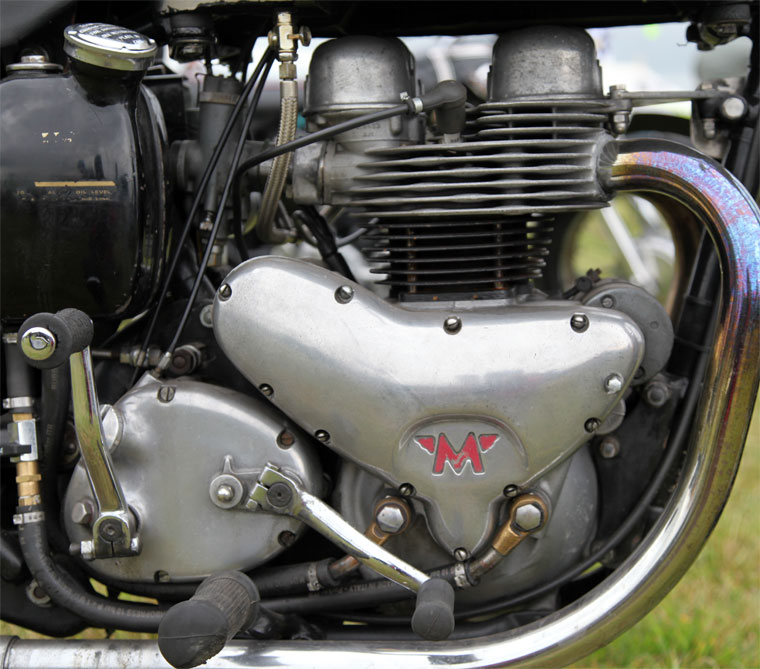 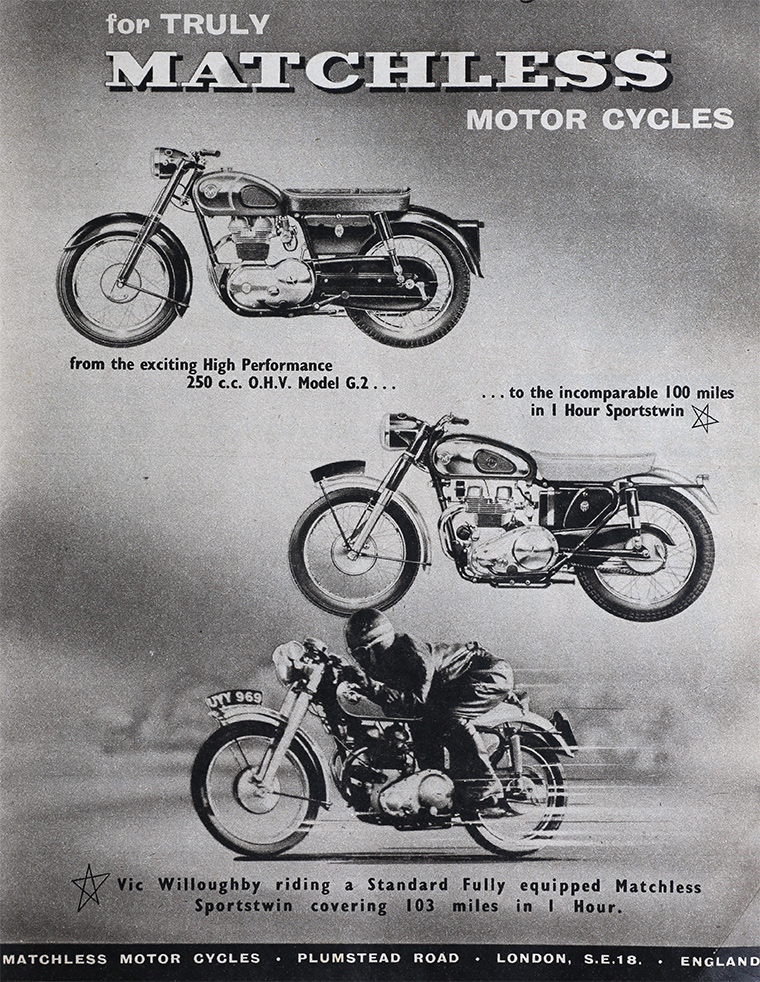 The business was started in Plumstead, London, with Henry Collier producing bicycles, and went onto become one of the most important British motorcycle firms.

1899 Henry's sons, Harry and Charlie, first experimented with power. This machine had the engine mounted above the front wheel.

1901 They produced an experimental version whereby the engine was crammed into the space between the seat tube and the rear wheel. This model was not successful as it had a tendency to overheat in use.

1902 They then went into production using a 2.75hp MMC engine that was hung from the frame downtube. Both brothers became successfully involved in competition.

1904 A more powerful machine was produced, fitted with a 3.5hp MMC engine. They also produced a forecar with either a De Dion or MMC engine, and a pillion attachment for the solo.

1905 They now added suspension to their machines and later that year they produced a model fitted with a 6 hp JAP engine on a spring frame.

1906 The forecar was dropped and replaced by a rigid model with a 5hp Antoine V-twin engine. Other models were produced using various engines - spring frame with White and Poppe; rigid frame with Antoine and a spring frame ladies' model with a JAP. That year also saw success in competition and both brothers were selected for the International Cup Race.

1907 At the very first TT race, Charlie Collier led from start to finish and, until a valve broke late in the race, Harry lay second. The 3.5hp Antoine was replaced by a JAP

1908 Further revisions came along with a two-speed gear and a TT model with an ohv engine similar to the one that won the TT. Further attempts were made at the TT but without success, although Charlie broke the world one-hour record riding at Brooklands.

1908 As a result of the racing successes and the demand for the motorcycles, the business was incorporated as H. Collier and Sons, with Henry Collier as chairman.

1909 Road models used JAP engines - 2.5hp and 3.5hp singles and a 6hp V-twin. Rigid or spring frames, two-speed gears and ignition options were available, while the 3.5hp White and Poppe engine was also an option. Early in the year Harry set a twenty-four hour record at Canning Town, averaging over 32 mph, despite problems and delays. Further success came when Brooklands began to run motorcycle races, and there was another win at the TT.

1910 Competition success continued and, by now, the brothers had taken three of the first four races at the TT. The range expanded and the main engine in use was the JAP, along with some V-twin Peugeots. Belt drive remained.

1911 All models, including the 5hp V-twin ohv TT model, had JAP engines. Harry came second in the first TT held on the Mountain circuit, and Charlie came second in the Senior but was later disqualified. That was the last of their major successes at the TT.

1912 and for the next few years, production was mainly twins, some fitted with a modified version of the Zenith Gradua gear to vary the ratio. Many models came and went and by the beginning of the First World War, the range had narrowed considerably.

1915 During WWI some machines were built for service use although the firm was not contracted to make motorcycles for the army. They announced proposals for a flat-twin, three speed engine, but nothing came of it.

Post WWI The company continued to produce the model they had supplied to the army - this was listed as the Victory and sold in solo or sidecar form. New, bigger and better models were added year on year throughout the 1920s.

1928 Maker of motorcycles and motorcycle-sidecar combinations capable of transporting 3 people, which were much cheaper than the small cars then available. The company floated Matchless Motorcycles (Colliers) Ltd as a public company[1]

1930-31 Produced some bodies for the Austin Seven.

1931 Despite the depression, the company launched something special that year - the Silver Hawk. It had a 592cc narrow-angle V4 engine with a shaft-driven ohc engine. It remained on the list until 1935, but as a de luxe model it was too costly to sell in any great number.

1936 Major revisions in design; most of the inclined engine models were replaced by the G-series.

1937 The old V-twin engine was refreshed and was still used for sidecar models. The company sold the engine to at least five other manufacturers and also for the Morgan three-wheeler.

1937 Matchless purchased Sunbeam. The Collier brothers formed Associated Motorcycles (AMC) of Woolwich, as a parent company for the Matchless and AJS motorcycle companies.

1939 Matchless now had twelve models in their range and all but one twin were of the G-series. During World War II, Matchless made 80,000 G3 and G3L models for the armed forces.

1940 Fewer models were listed because the company were supplying machines to the services - this was the G3 model.

1941 The G3 became the G3L and a firm favourite within the services. It was light, easy to manoeuvre and had telescopic front forks.

1943 Although the AMC name remained, the company sold Sunbeam to BSA.

Post WWII: The fortunes of AJS and Matchless had become closely intertwined.

1966 AMC was put into liquidation.

1987 It had been many years since AMC had failed, but the Matchless name returned to the market through Les Harris - who had also built the Triumph Bonneville after the close of Meriden. This new, classically styled machine was the G80 and used a four-valve Austrian Rotax engine (made by Bombardier-Rotax GmbH). Although the frame was British, many other parts came from Italy.

1990 Sales were slow, so the motorcycles were produced for special order only.