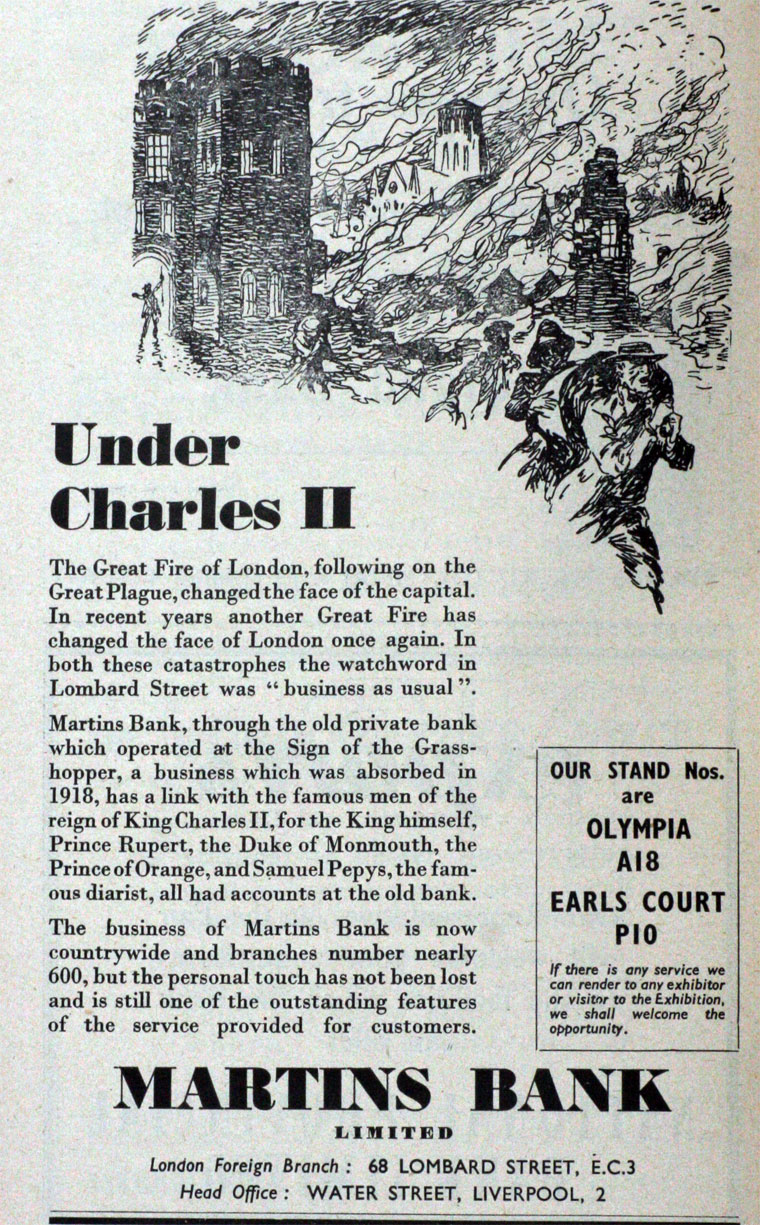 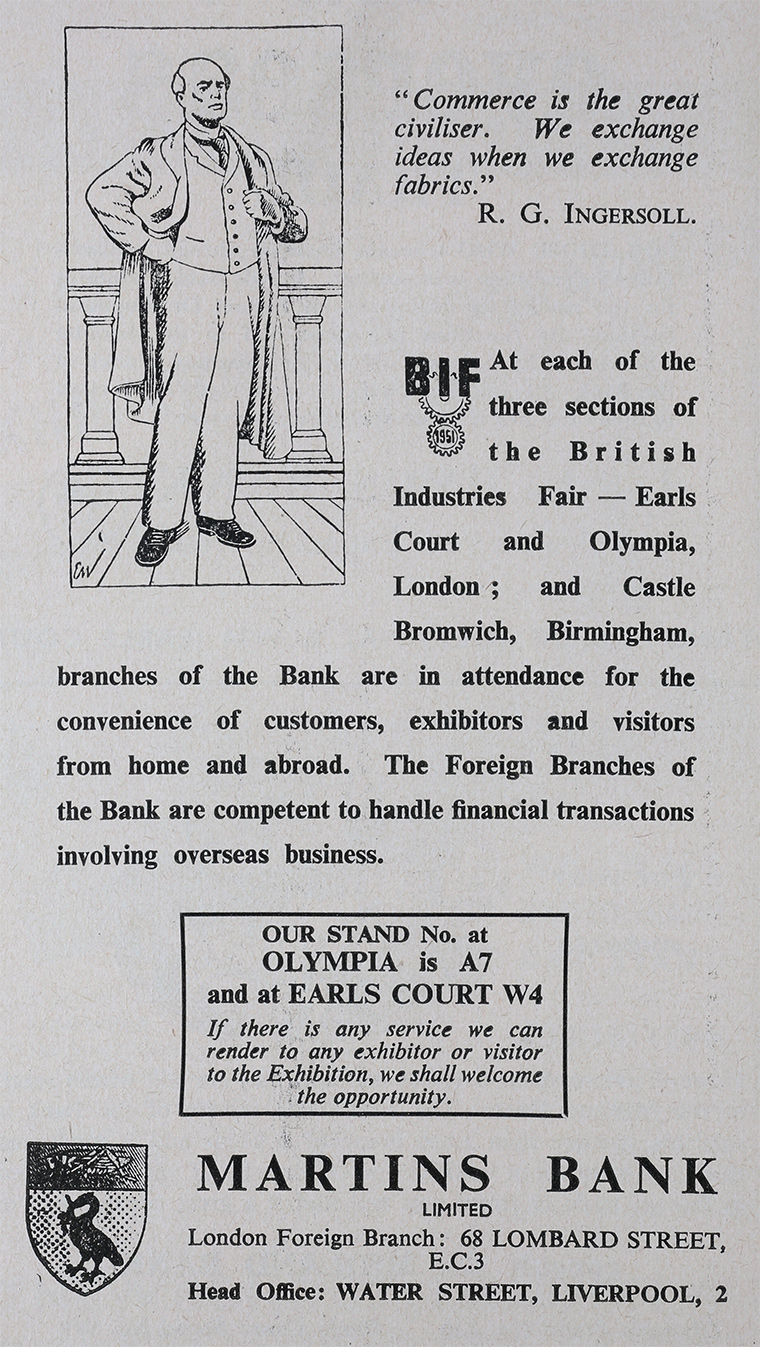 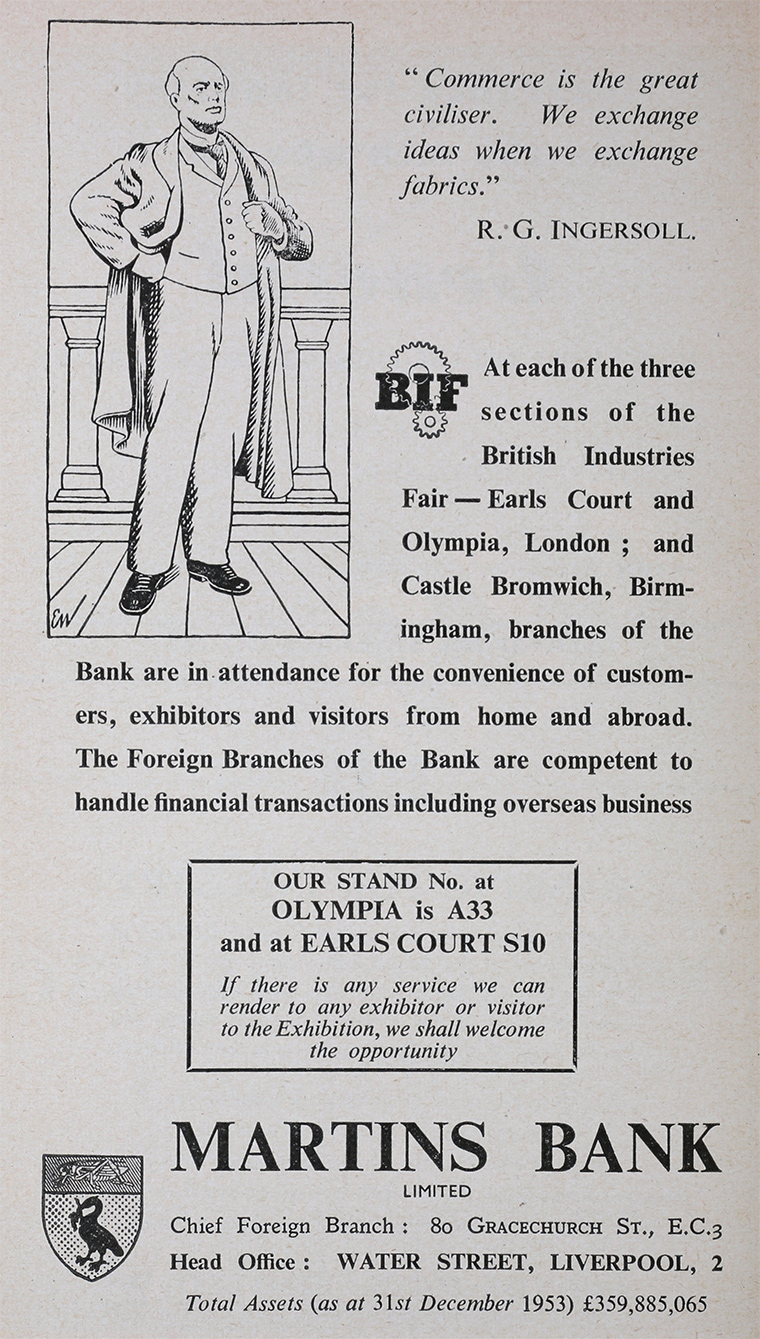 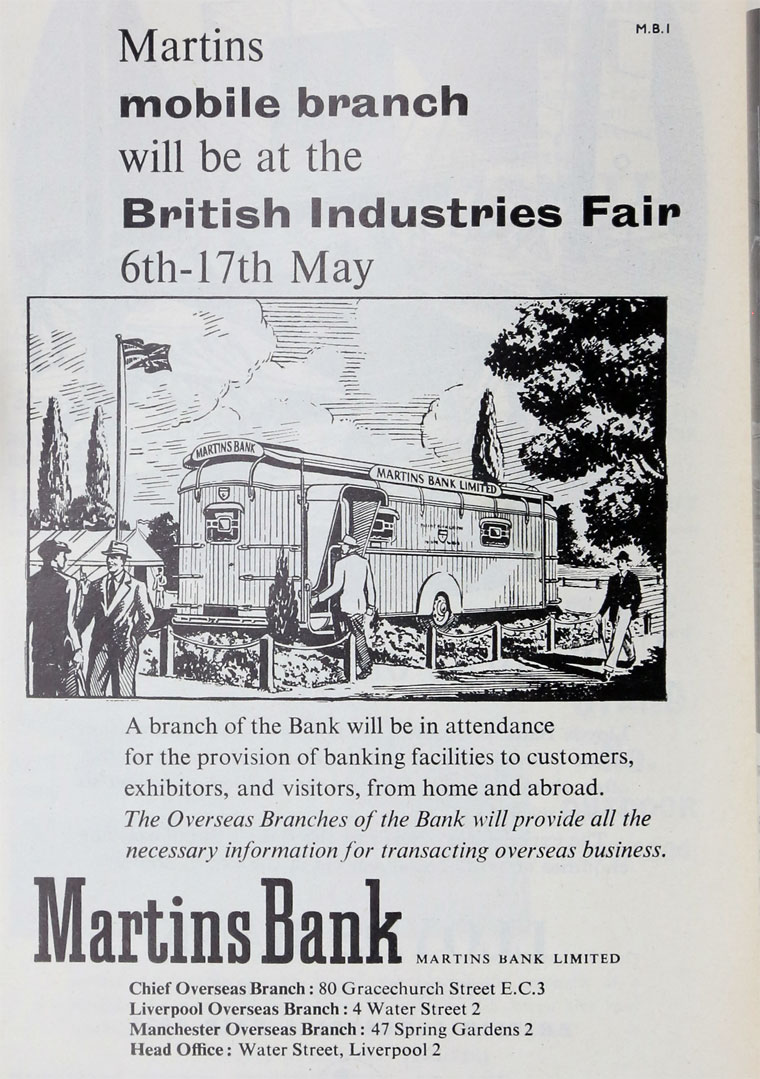 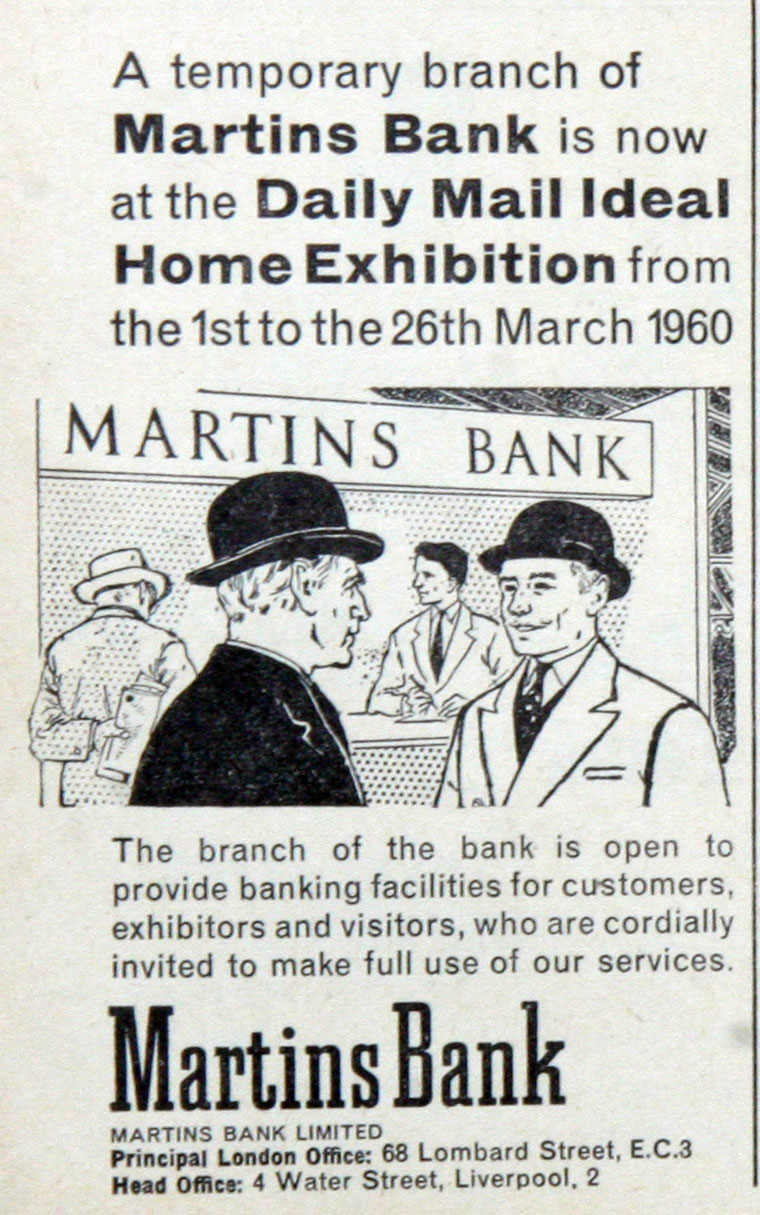 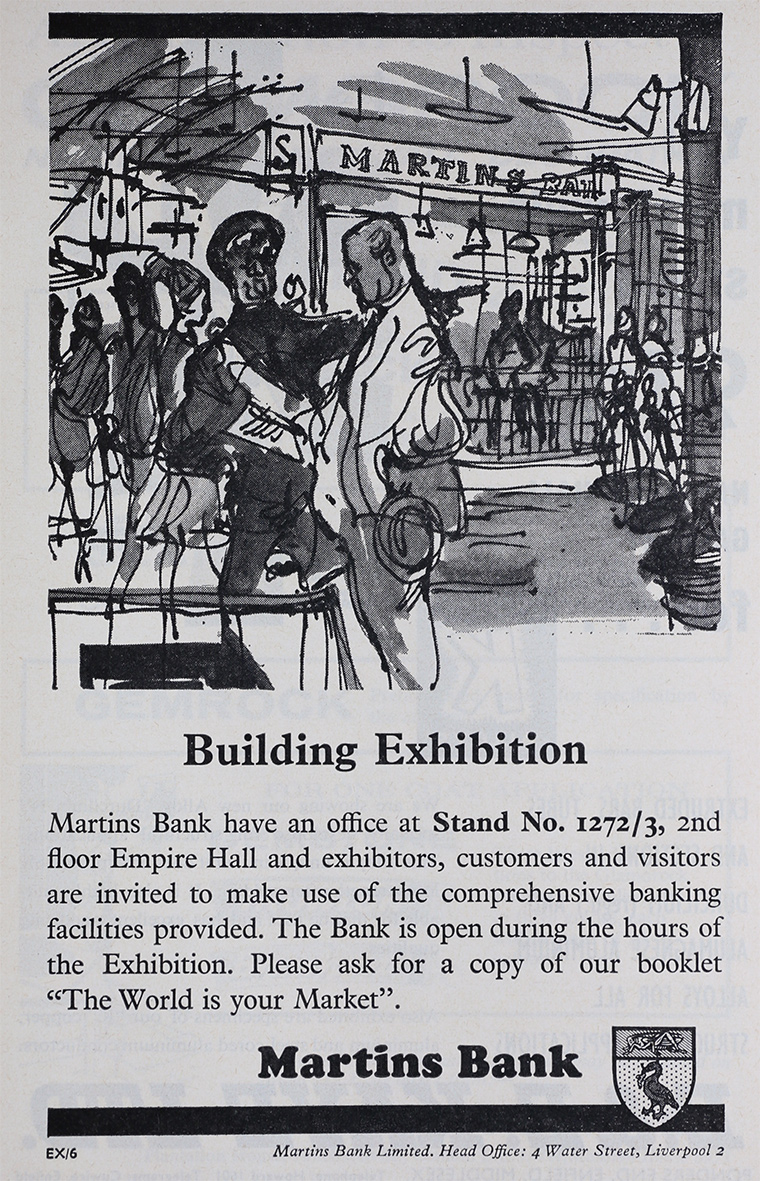 Later 14 branches had been established around London and the Kent border.

1928 Incorporated Lancashire and Yorkshire Bank and the name is changed to Martins Bank Ltd.

1930 The original buildings at 68 Lombard Street are demolished and re-built to accommodate the expanding business.

1932 A new head office of Martins Bank Ltd. is opened at No 4, Water Street, Liverpool.

1941 Several branches are destroyed by enemy action during the Second World War. These included:

During the war, many branches were closed either on a temporary basis during wartime or permanently. In the branches that remained active, many female members of staff were temporarily promoted to run both sub-branches and main branches whilst male staff were fighting for their country.

1948 Martins Bank launches its first mobile banking service, to reach out to housing estates in the 1950s and to attend agricultural shows and events during the 1960s.

1955 Launch of Finance for Farmers and Growers - a collaboration between Martins Bank and the Ministry of Agriculture.

1958 Opens a branch at Liverpool University to reach out to the student populations.

1959 The Minister of Transport opens a new drive-in banking service at Charles Street in the City of Leicester. This is the Bank's second branch in Leicester. The idea never really took off but Barclays Bank would operate the service for nearly thirty years.

1960 Opened a sub-branch at the All England Lawn Tennis Club on Wimbledon's Centre Court.

1960 Martins Bank becomes the first bank in the UK to use an electronic computer to demonstrate daily processing of customer current accounts.

1963 Beryl Evans becomes the first female appointed member of staff taking on the role of Assistant Manager of the Bank's Adverting Department.

1967 Martins Auto-Cashier is launched as the first dispenser of its type in the world to use the combination of a four digit pin and plastic card to make cash withdrawals.

2008 Martins Bank Limited is finally wound up in the records of Companies House.