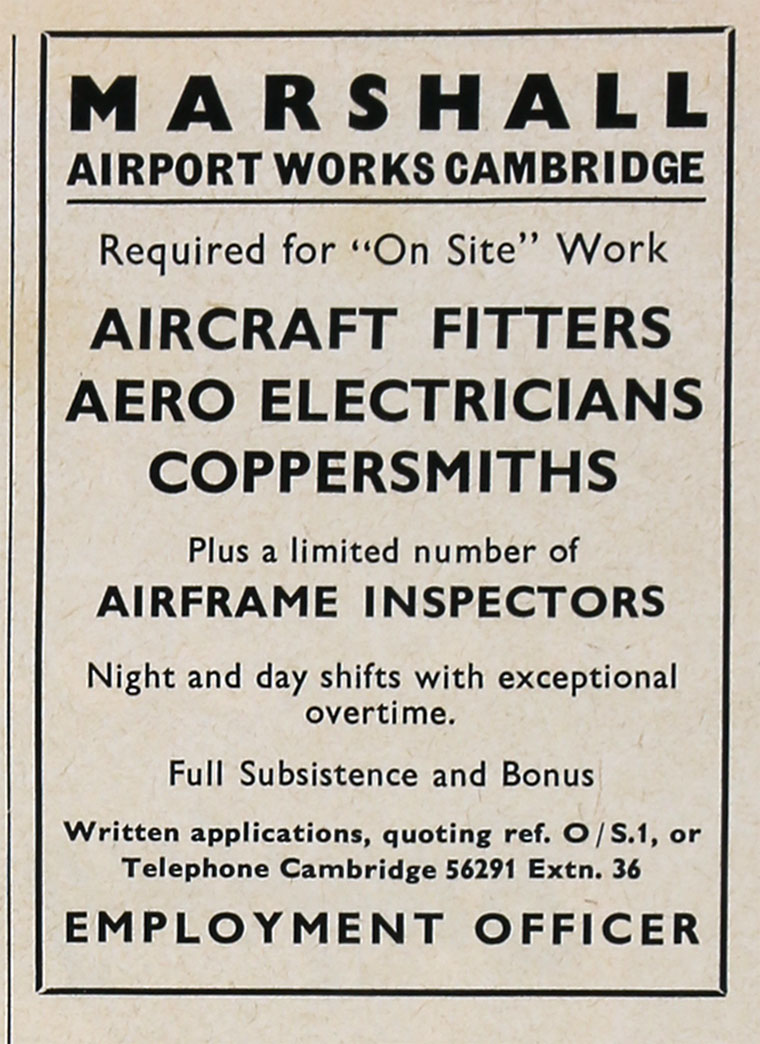 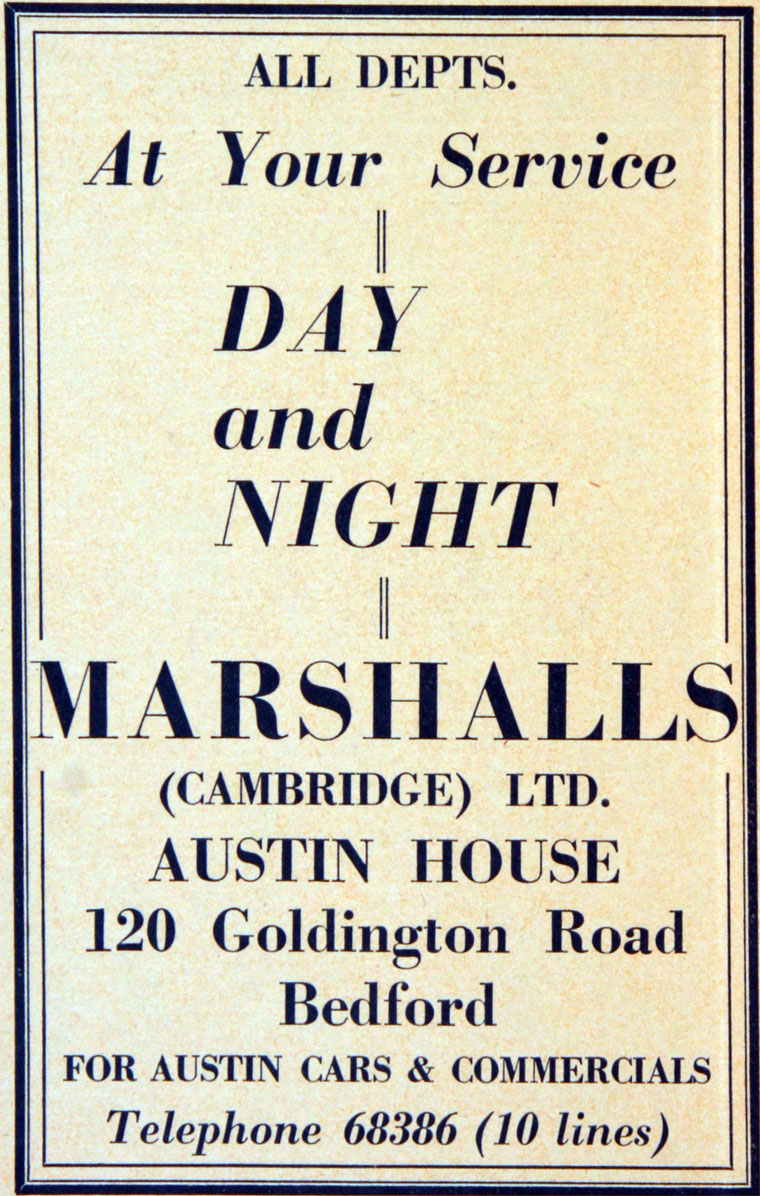 1909 established by David Gregory Marshall, in a small lock-up garage in Brunswick Gardens, Cambridge as a chauffeur-drive company as Brunswick Motor Car Co

1912 Moved to Jesus Lane; expanded to include selling cars. The mechanics helped repair the engine of a British Army airship, the Beta II, when it made an emergency landing on Jesus Green, just behind the Marshall garage

WWI Premises used for servicing and repairing vehicles. David Marshall ran canteens for the army, for Woolwich Arsenal, and the Ministry of Munitions; he was appointed MBE for his services.

1926 David's son Arthur, having learned to fly after gaining an engineering degree, helped open a new aerodrome on the outskirts of Cambridge.

1930 the Marshall Flying School was formed.

1937 The company purchased farmland to build a second airfield which became Cambridge Airport. This was very opportune for re-armament was becoming an urgent national priority, along with the need for even more facilities for military aircrew training.

WWII Marshall modified and repaired over 5,000 aircraft; the workforce was expanded to around 3,000, including many female workers.

1946 Marshall Motor Group opened garages in Peterborough in 1946 and Bedford a few years later, as well as operations in smaller towns. Marshall Motor Bodies Division was established as a diversification into vehicle body building and refurbishment of London Transport buses.

Motor Bodies later became part of Marshall Specialist Vehicles (Marshall SV) which made Black Marias for the Metropolitan Police, outside television broadcasting vehicles for the BBC, as well as radar vans for Marconi, ambulances for the Scottish Ambulance Service and military ambulances for the British Armed Forces.

1950s Marshall SV manufactured a wide range of buses; took over bus production from Mulliners. More recently the company built a number of buses for London Transport and other bus operating companies around the country.

1957 Marshall SV and Tom Bacon, the inventor of the fuel cell, developed a 3 kilowatt fuel cell powered by hydrogen and oxygen which was demonstrated on an electrical forklift truck.

1966 Marshall Aerospace became the UK Designated company for the RAF C-130 K Hercules and introduced the aircraft to RAF service.

2010 The main parts of the business were Marshall Aerospace and Marshall SV. Acquired Slingsby Advanced Composites from Cobham[3]