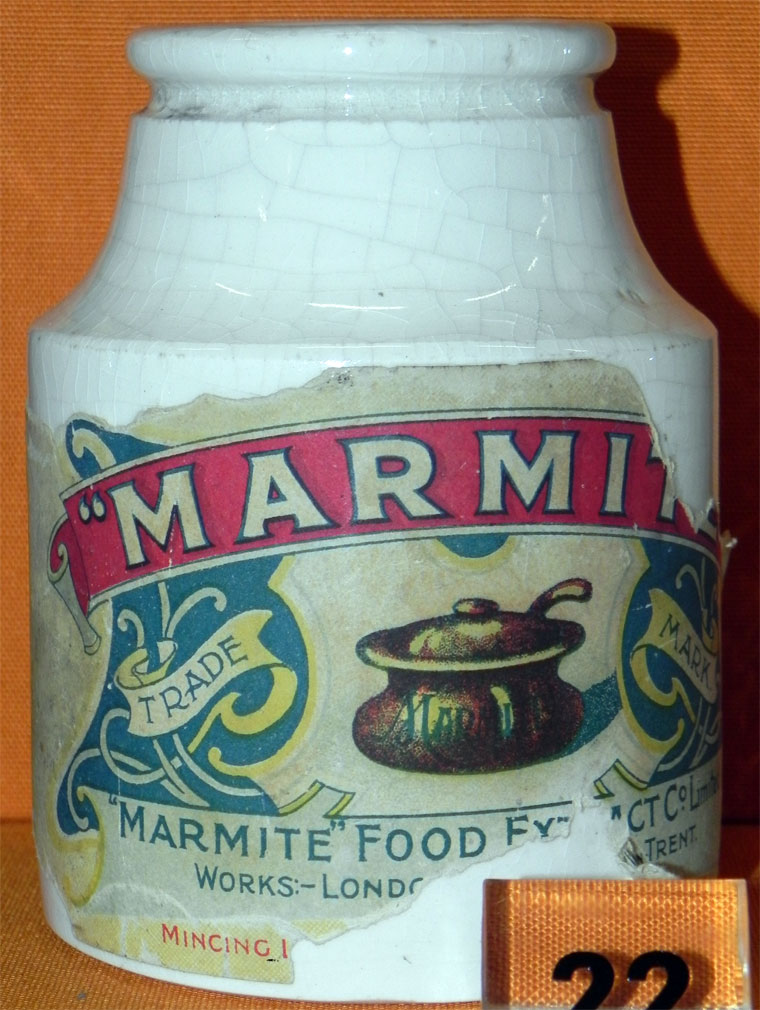 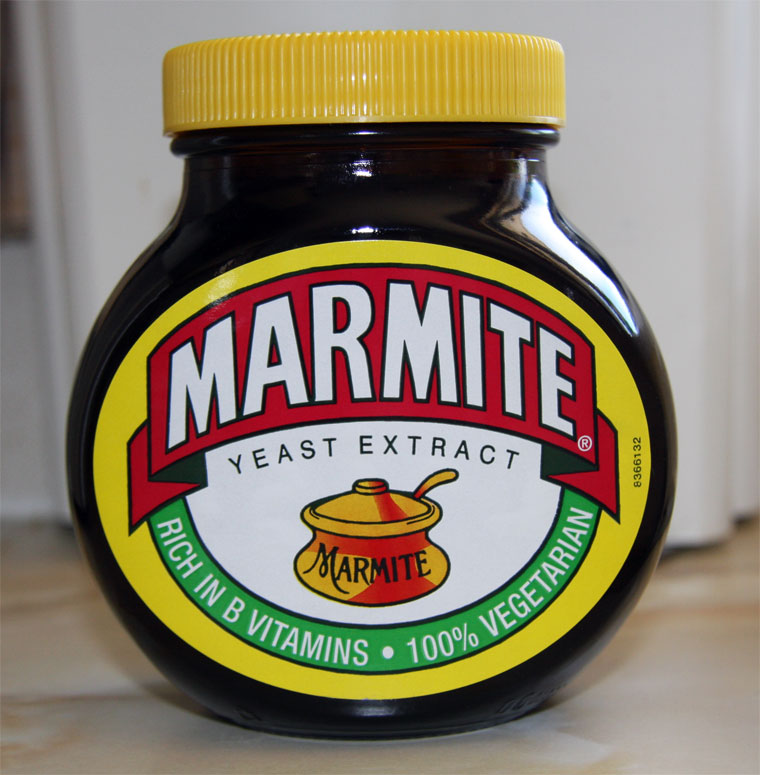 A modern jar of Marmite. 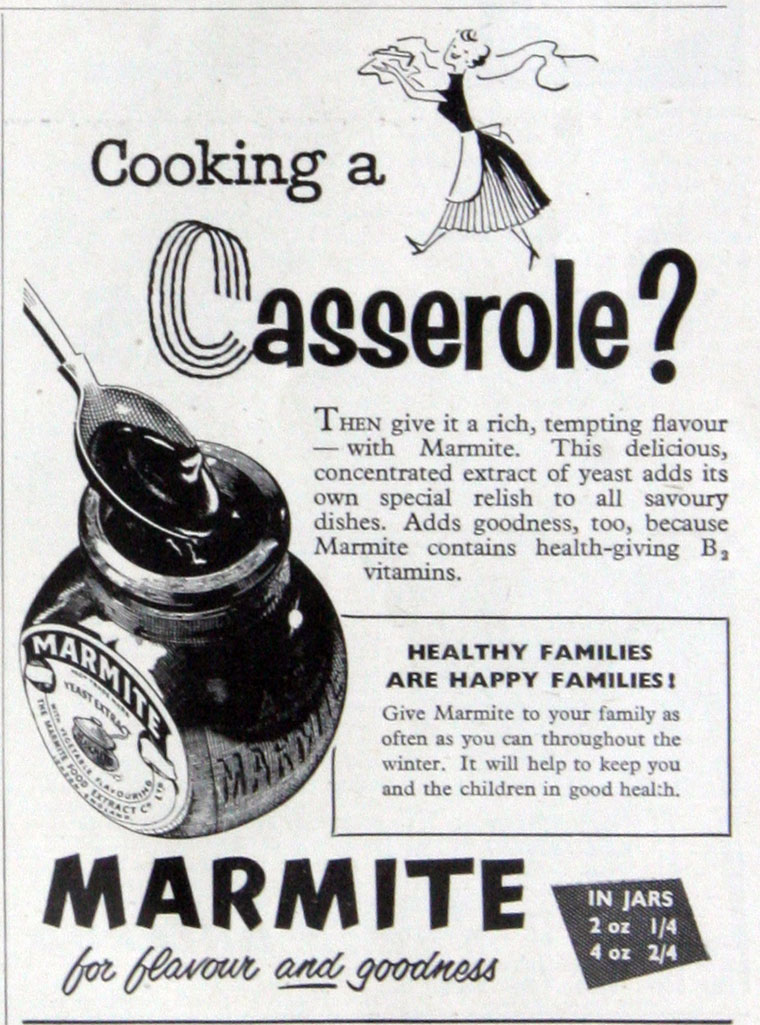 1902 The company was formed with Marmite as its main product. Burton upon Trent was chosen as the site of the first factory. This was because the by-product yeast, needed for the paste, came from the biggest brewer at the time, Bass Brewery. The company was registered on 13 June, to acquire certain patent rights. [1]

By 1907, the product had become successful enough to warrant construction of a second factory at Camberwell Green in London.

Initially, Marmite was popular with vegetarians as a meat-free substitute against beef extract such as Bovril, which was popular in the late 19th and early 20th century. However, after the discovery of B vitamins in the 1910's, and the fact it could ward off the vitamin B1 deficiency beri-beri, which was common in the First World War, led the consumption among the populace.

By 1912, the discovery of vitamins was a boost for Marmite, as the spread is a rich source of the vitamin B complex; vitamin B12 is not naturally found in yeast extract, but is added to Marmite during manufacture.

1929 Listed Exhibitor - British Industries Fair. Manufacturers of Marmite, Yeast and Vegetable Extract, for making and enriching soups, sauces, stews, savouries, etc. A delicious Sandwich Paste. Acknowledged to be one of the richest known foods in the essential Vitamin B. (Stand No. K.38) [2]

1930s The company was acquired by Bovril.

1971 Bovril was bought by Cavenham.

In 1990, Marmite Limited, which had become a subsidiary of Bovril, was bought by CPC (United Kingdom) Limited, which changed its name to Best Foods Inc in 1998.

Best Foods Inc subsequently merged with Unilever in 2000. Marmite is now a trademark owned by Unilever.