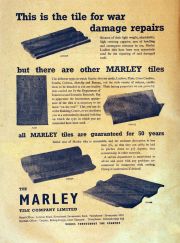 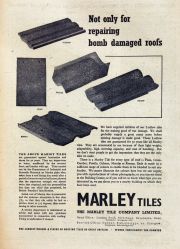 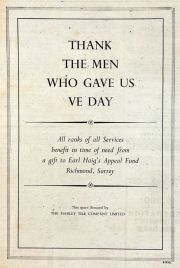 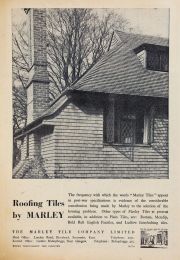 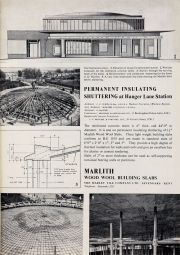 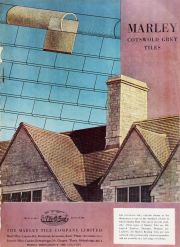 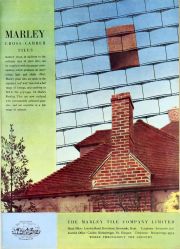 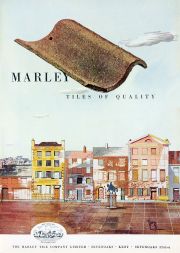 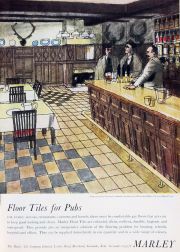 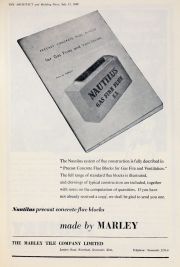 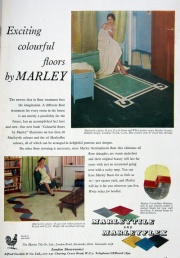 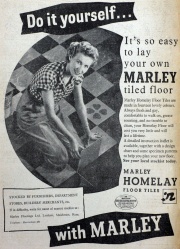 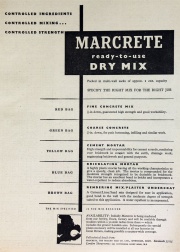 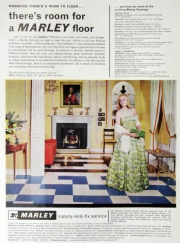 Early 1920s Owen Aisher, a small housebuilder, was making doors and windows for his own use and for sale to others as Marley Joinery Works

1924 Aisher started to make concrete roof tiles when there was a shortage of clay ones; this was done in a shed at Harrietsham, Kent[1].

Working with his sons, introduced the "supply and fix" service and supplied other builders.

1928 Established distributed manufacturing units to cut the cost and time of delivery - two further factories were in operation, at Storrington, Sussex and Leighton Buzzard, Beds.

1933-35 The company also produced tiles at a rented former munitions factory at Erith in Kent.

c.1935 Tried a Danish automatic machine; based on this experience, the company's engineers designed their own improved machine which was installed at Erith.

1935 Opened Riverhead, Sevenoaks factory which later became HQ for the company. Followed by factories at Aveley, Essex and Burton-on-Trent.

WWII: concrete products for war use including Mulberry Harbour components

1948 Started making asphalt floor tiles; a concept that Aisher's son had seen in the USA.

Continued to grow by acquisition

1985 Mr Jack Aisher retired as chairman, the first time since the company was founded that an Aisher did not run the company[4].

1985 Marley sold its shops, to concentrate on production of products[5].

Marley Waterproofing was acquired by IKO Group of Canada[6]